The Covid-19 Epidemic Highlights the Need to Think of Others

The Covid-19 Epidemic Highlights the Need to Think of Others

At 8:00pm every evening, French people come to their windows to applaud the country’s healthcare workers.
Martin BUREAU / AFP
Share
Share
An interview with Grégoire Borst, director of the Laboratory for the Psychology of Child Development and Education (LaPsyDÉ) on how cognitive bias influences people’s behaviour – both in everyday life and during the coronavirus crisis.

You are a specialist in the cognitive neurosciences in education, with a particular interest in the thought mechanisms that sometimes lead people, children and adults alike, to make wrong decisions. Can you tell us more?
Grégoire Borst:1 The human brain accounts for barely 2 to 5% of our body mass, but for as much as 20% of the energy we use and 80% of the oxygen we take in. Many resources are necessary to keep it functioning, and we need mechanisms that automate the processing of information and make its job easier. It is important to understand that every second of the day, we make decisions that cannot all result from analytical reasoning. In the vast majority of cases, these automatic reflexes enable us to make the right moves. But in a minority of instances, they lead us astray.

This also applies to learning situations. Through the exercises that they are given, primary school children learn very early on that the word ‘plus’ is synonymous with addition. Yet, it is not always so – and when an exercise becomes more complex, they might have the wrong reflex. Suppose they have to solve the following problem: ‘Pierre has 15 marbles. He has as many as Paul, plus 5. How many marbles does Paul have?’ Most children in the eight to nine age group will say 20, because they hear the word ‘plus’ and add the two figures together, even though the answer is 10. They must be made aware of these mental reflexes in order to inhibit them when necessary. And the same mechanisms are at work in adults as well.

How does cognitive bias apply to the coronavirus crisis?
G. B.: People are constantly making individual choices concerning their health, which makes it difficult for them to grasp public health issues at a collective level. This is compounded by a well-known phenomenon in psychology, namely the diffusion of responsibility: the larger the group, the greater the sharing of accountability, and the more individuals will tend to transfer their own to other members of the group.

This is exactly what is happening with confinement: people expect others to confine themselves and don’t see it as a matter of personal responsibility. Today, it’s time to start thinking of those around us, rather than ourselves, because each of our actions has societal consequences, and vice versa. However, it is difficult to think collectively, all the more so in a society with a heightened sense of individual responsibility that short-circuits the governmental narrative. We are constantly being told that we are in control of our health through our lifestyle choices, and that our professional and personal fulfilment depends on our own decisions as well. It is even more difficult when messages from the public authorities are confusing.

Are you saying that the governement’s directives in this crisis have not been clear enough?
G. B.: Some of these directives are contradictory. A lot of criticism was levelled at the people who went to parks or to the beach on the day of the municipal elections. But how are they supposed to understand that the government orders schools and restaurants to close, while at the same time asking them to vote in polling stations which, by definition, are public places? Especially when they are also informed that they don’t run much risk, and that Covid-19 mostly kills those over 60…

All this creates what in psychology is called cognitive dissonance, an extremely uncomfortable situation for the human mind, which will try to alleviate it by a process of rationalisation. In the case of the Sunday voting, this led to the following reasoning: confinement is necessary to limit the spread of the virus, but I am told that I can go to vote in complete safety. Therefore I am not taking any risk, and I am not putting others in danger if I go for a walk… 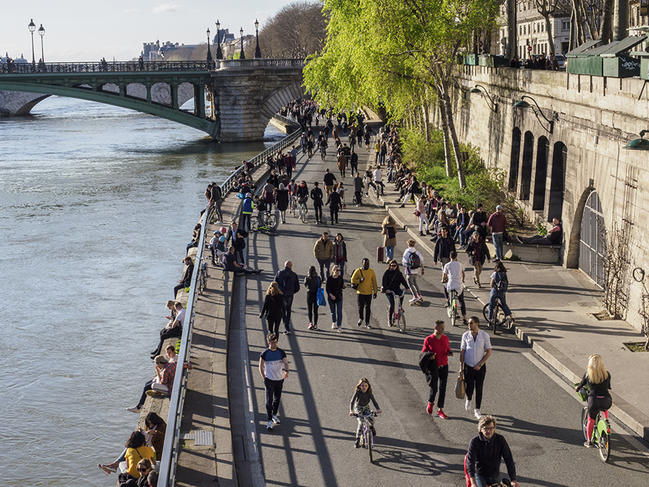 15 March, 2020. On this election day, many Parisians went out to enjoy the sunshine despite the announcement of measures to counter the Covid-19 epidemic. Was it the result of confusing public messages? 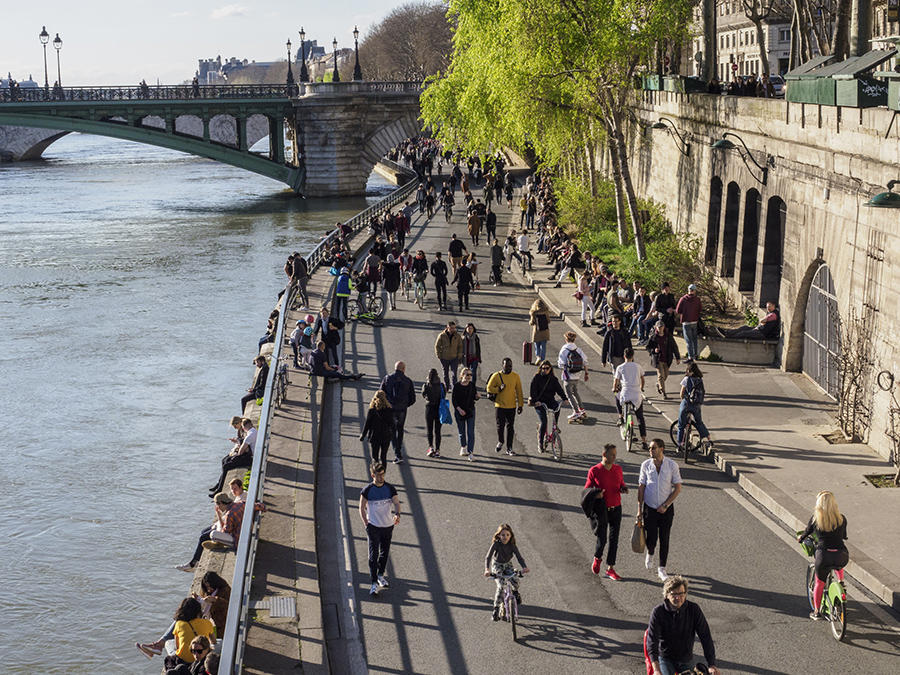 How do you think these messages could be improved?
G. B.: In this crisis, the public message has created two de facto social groups: the young, supposedly not at risk, and the elderly, exposed and in need to be protected by confinement. This makes the younger age groups feel that the epidemic has nothing to do with them. In fact, the very first announcement should have been that everyone who has a chronic ailment is at risk. Covid-19 does not only target older people, but also those with respiratory or cardiac pathologies, or who suffer from diabetes, obesity, etc. Had this information been clearly conveyed, everyone would feel concerned by the collective effort, for we all know someone who is diabetic, has a heart condition or respiratory problems. Providing all the particulars is the only way to make everyone understand why confinement is necessary and allow them to make well-informed decisions.

Similarly, rather than just announcing the number of deaths, it would have had greater impact to also disclose the Covid-19 mortality rates by age group instead of the mere overall figure of 2%, which can seem low at first glance. Giving them all these details would make people more receptive, and would be the best way to raise their awareness as to the real risk. Fortunately, it looks like the French are beginning to modify their attitudes, because they are better informed and have a clearer perspective on the crisis endured by other countries like Italy.

What do you think of the authorities’ narrative on the need to ‘flatten the curve’ of the epidemic? Is it sufficiently explicit for the general public?
G. B.: Most people have trouble understanding the concept of an exponential curve, especially during an epidemic when emotions can get in the way of reason: if one infected person can contaminate two or three others, and each of them infects two or three more, etc., there will soon be thousands of diseased individuals throughout the country. In this context, talking about ‘flattening the curve’ is not likely to resonate much or radically change behaviours. To get the message across, the authorities need to be as transparent as possible regarding the data, and clearly explain how an epidemic is propagated. This is the only way to change people’s perception of the situation and convince them to alter their habits. However, the political leaders’ mindset too often prompts them to simplify their messages to the public. In my opinion, that’s a mistake.

For example, the ‘5 A Day’ campaign to encourage people to eat five portions of fruit and vegetables every day clearly had a limited effect, whereas the Nutri-score system2 could potentially have a lasting influence on consumers’ behaviours. The same problem arises concerning immunisation coverage, where compulsory vaccination has not had the desired results. It is necessary to appeal to individual intelligence. A general public health message needs to be clear, but not simplistic. And above all, it must not be dissonant.

Your laboratory has initiated a collaboration with the survey company Ipsos. What can you tell us about that?
G. B.: Our partnership with Ipsos began before the coronavirus epidemic. We work with them on the general theoretical formalisation of human behaviours, including decision-making processes and opinions. For example, we studied the added value of integrating in some of their polls and surveys questions on ‘counterfactual emotions’, such as regret, which come into play when comparing the consequences of our choice with those of an alternative option. One of the ideas that we are testing with them is to determine, for example, how anticipating the regret that we might feel if we don’t go out to vote could help fine-tune the election forecasts. The initial results have been promising, and useful in refining certain predictions.

What’s important now is to see how we can contribute to the understanding of individuals’ perceptions of the pandemic based on the concepts we develop in the laboratory, and which can be used by Ipsos in their studies.

Opinion
The Ethics and Morals of Self-driving Cars
Coronavirus