Home / Articles / How Airborne is the Virus?

How Airborne is the Virus?

Home / Articles / How Airborne is the Virus?

How Airborne is the Virus?

Air pollution in Milan, Italy, on 3 February, 2020.
Miguel MEDINA / AFP
Share
Share
In March, an Italian study claiming that pollution particles could be a vector for spreading SARS-CoV-2 made the headlines. The physicist and chemist Jean-François Doussin explains why this thesis does not hold up and tells us what we know about the spread of the virus through the air.

Since the beginning of the Covid-19 pandemic in Europe, the idea that pollution particles could be a vector for spreading the virus has been trumpeted in media of all types. How did this rumour start?
Jean-François Doussin:1 It all started with a report drafted by 12 Italian academics and posted online in mid-March. The authors, who are not specialists in atmospheric pollution, stated that the high concentrations of fine particles in northern Italy, a highly industrialised – and therefore heavily polluted – valley, may have facilitated the propagation of coronavirus in the Piedmont, Lombardy, Veneto and Emilia-Romagna regions. Even though the study did not meet standard criteria for ensuring the validity of scientific findings (it was never subjected to peer review), and despite the appeal for caution issued by the Italian Aerosol Society (IAS, an association of Italian aerosol experts), echoed in our country by the European Research Infrastructure for the observation of Aerosol, Clouds and Trace Gases, ACTRIS, the theory upheld by the Italian researchers caused an uproar. Major national and international news outlets relayed it, presenting it as fact, and even started referring to fine particles as a ‘boulevard for coronavirus’. The thesis then began circulating on the social networks, since of course bad news always travels faster…

Did the pseudo-risk of a link between pollution and the propagation of coronavirus prompt any cities to alter their public health strategies?
J.-F.D: Yes – most recently, the mayor of Paris asked for the facilitated implementation of alternate-day travel if vehicle traffic turned out to be ‘too intense’ after the lifting of the lockdown, in particular because ‘studies have shown that particle pollution leads to an accelerated propagation of coronavirus’. In this pandemic period, it is certainly necessary to reduce fine particulate matter because it weakens the body. And it is true that the current anxiety about using public transportation fans fears of a return to peak pollution levels. But, given what we know today, the risk of facilitating the spread of the virus cannot be used as grounds for the much-needed fight to preserve air quality. Another example illustrates the possible impact of fake news on government decision-making: according to the newspaper La Repubblica, the Italian research council is in favour of opening the beaches this summer, except in the event of rough seas, because the sea spray will allegedly increase contamination.

The Italian researchers’ assertions were met with great scepticism by the scientific community. Why was that?
J.-F.D: For several reasons. First of all, the correlation that they established between fine particle pollution and contamination levels, in other words between peak pollution and peak infection periods, was based on sets of data (concerning the number of infections and fine particulates), a time interval (10-29 February), a geographic zone and meteorological variables that were all much too limited to have any chance of producing sound scientific conclusions. In addition, the study ignores well-established aspects of fine-particle physics. In fact, simple calculations show that the probability of two fine particles (e.g. one pollution molecule and another containing the virus) colliding and ‘coagulating’ to form a single mass, which then travels over several kilometres, is virtually negligible as long as the concentration does not exceed 10,000 particles per cubic centimetre. Concerning pollution particulates, such a threshold could be found right at the mouth of a factory smokestack or vehicle exhaust pipe, but is exceedingly rare in the atmosphere. As for the number of virus-laden fine particles in the air exhaled by an infected person, it varies from 0.06 to 3 per cubic centimetre, or up to 100 according to certain sources. Whether for pollution particles or those of respiratory origin, that’s a long way from the fateful threshold of 10,000! 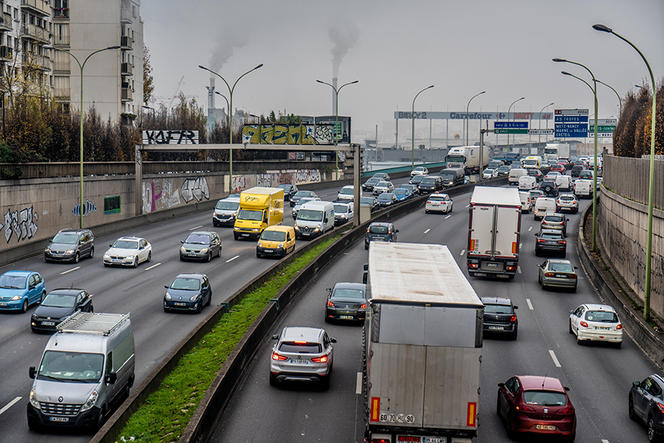 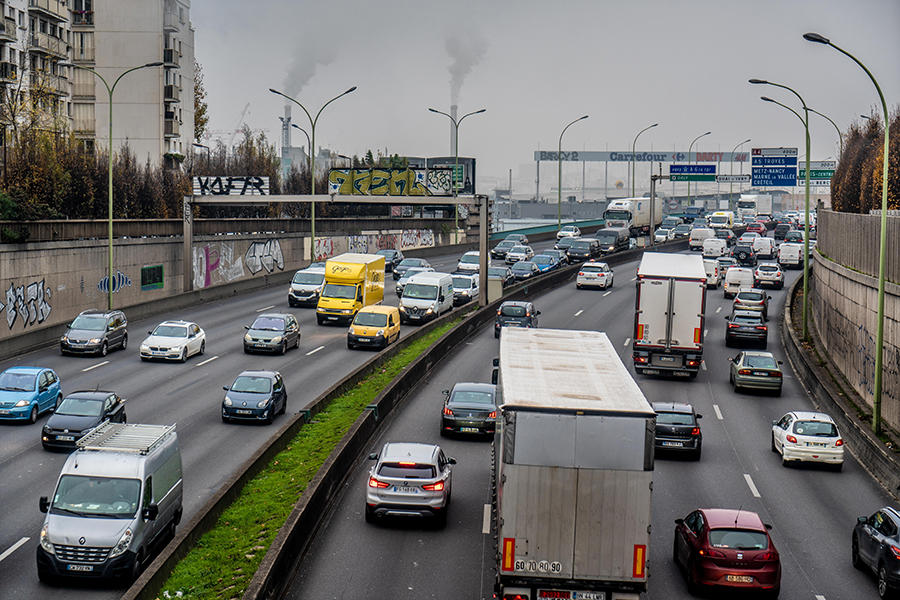 However disputable the Italian report may be, the pandemic has nonetheless severely affected heavily polluted regions like the Po Valley…
J.-F.D: Yes, undeniably. But the most polluted regions are also the most populated, and therefore are the most conducive to spreading the pandemic. While the thesis of pollution being a contamination vector does not sound not very convincing to experts, the population density factor, on the other hand, is quite credible.

Are people who have lived for years in polluted regions more vulnerable to serious complications in cases of SARS-CoV-2 contamination?
J.-F.D: So far, only one epidemiological study, conducted at Harvard University (US) but not yet published in a recognised scientific journal, has indicated that some of the many comorbidities (additional medical conditions) associated with SARS-CoV-2 (obesity, diabetes, high blood pressure, etc.) are exacerbated by long exposure to fine particle pollution. According to this investigation, in the United States, when the average atmospheric concentration of aerosols smaller than 2.5 microns increases by 1 microgram per cubic metre, the Covid-19 mortality rate rises by 8% in populations that are chronically exposed to pollution, and thus have greater pulmonary vulnerability. This remarkably high figure has been challenged and is currently the subject of counter-experiments.

If SARS-CoV-2 is not ‘carried’ by pollution particles, does this mean that the virus cannot travel long distances?
J.-F.D: Unfortunately, no. The latest scientific findings tend to show that the pathogen does not need a vector to travel far, or in any case well beyond two metres. Contrary to what was thought at the beginning of the pandemic, the virus – which measures 0.15 microns and is coated with dried mucus when it is exhaled through coughing, sneezing, speaking, etc. – does not seem to be mostly contained in very large  particles (far greater than 10 microns, like saliva droplets), but rather in particles ranging from 0.5 to a few microns. Droplets of this size, which are blocked by FFP2, FFP3 and N95-type masks but not by surgical or homemade masks, have a quasi-negligible falling speed. They remain suspended in the air for hours and can travel dozens or even hundreds of kilometres. In Bergamo (Italy), measurements taken far from the contamination sources revealed the presence of Covid-19 RNA in aerosol samples.

Satellite images showing the average nitrogen dioxyde concentrations in Italy. These concentrations dropped significantly between March 2019 (left) and the period from 14 to 25 March 2020 (right), as a result of the lockdown (European Space Agency, 27 March, 2020).

How long does the coronavirus remain active, and thus potentially infectious, in the aerosol phase?
J.-F.D: For 3 to 16 hours, according to two recent studies.

Does the fact that SARS-CoV-2, once it is exhaled by an infected person, is capable of travelling and staying ‘alive’ for a long time, mean that there is a risk of ‘airborne’ transmission?
J.-F.D: No. Given the low quantity of virus particles exhaled by an infected person, and in particular their high dilution as they circulate in the air, we don’t know if the quantity of pathogens inhaled by a receptor is sufficient to be infectious. There have been no reported cases of long- or medium-distance airborne contamination. Under the current state of knowledge we cannot state that such a risk exists, although there is no proof to the contrary – hence the urgent need for further research on the topic. France’s network of atmospheric research infrastructures could certainly play an important role in that effort.

How can the population be alerted to the risk?
J.-F.D: It’s a delicate subject, first of all because airborne contamination is such an alarming prospect. It is relatively easy to watch what we eat, drink and the objects we touch, but it’s difficult to control the air we breathe. We are unavoidably exposed to it, like it or not, with no possibility of escape other than moving elsewhere. Secondly, although it seems judicious to apply the principle of caution, as with any environmental risk, hastily concluding that there is a possibility of being contaminated in that way could undermine the necessity of social distancing, which seems, along with protective masks (however imperfect they might be), to be the only measure that has shown a degree of effectiveness so far. It would be a disaster if people started asking themselves, ‘why bother to continue wearing a mask if it offers so little protection against the smallest particles?’ That is why I recommend applying a global precautionary principle that is not limited to the single – and hypothetical – risk of atmospheric contamination.

Isn’t it to be expected that the unknowns surrounding the pandemic would elicit irrational reactions?
J.-F.D: I understand the frustration of the general public when they hear scientists, who deal constantly with doubt and uncertainty, say things like, ‘at present, we don't know. We may know one day, but it’s impossible to say when’. For us though, this is not a weak statement. It embodies an ethics that integrates the unknown and establishes a ranking of risks based on available knowledge. Research on coronavirus may be advancing by leaps and bounds, but scientific progress is slow by nature. Unfortunately, this situation leaves a lot of room, especially on the social networks, for would-be ‘whistle-blowers’ who are not always trustworthy.

See author's bio
Roland Marchal: “I was an academic hostage”Previous
A Sedentary Lifestyle is the Sworn Enemy of our Health Next