Home / Articles / Has confinement turned us into hikikomori?

Has confinement turned us into hikikomori?

Home / Articles / Has confinement turned us into hikikomori?

Has confinement turned us into hikikomori?

Home confinement in the Paris suburb of Montreuil, 4 April, 2020.
Remi Decoster / Hans Lucas / Hans Lucas via AFP
Share
Share
After two months of lockdown, have we become like the hikikomori – the Japanese youngsters who choose to live in isolation, shunning the outside world? Natacha Vellut, a psychosociologist at the CERMES3 laboratory and co-author of a book on the subject, offers her analysis.

Who are the hikikomori?
Natacha Vellut:1 The hikikomori are young Japanese men and women under 30, who spend periods of at least six months without leaving home. They stop going to school or work, they cut all social ties… Some live like recluses for years on end! The word ‘hikikomori’ literally means 'to withdraw' or ‘to lock oneself up’. The phenomenon was described in Japan in the late 1980s, and the term was soon adopted by psychiatrists and physicians around the world who identified sufferers among their young patients. In France, an increasing number of families and youngsters are realising that they fit this definition, even though the condition itself is not considered a distinct medical category outside of Japan, and there are no statistics available. Some hikikomori are camouflaged by other labels, like 'school dropouts,' for example. But not all dropouts are hikikomori, since some may have an aversion to school while maintaining social relations.

What is the cause of this withdrawal from the world?
N. V.: It’s essentially a psychosocial situation. It emerged in Japan during the severe economic crisis that followed the bursting of the country’s financial bubble. People began referring to young people at the age of entering the job market as a ‘lost generation’. Japanese society continued to impose obligations, but without making room for its youth. At that point, something broke. Beyond Japan, modern-day society sets extremely high standards, both professional and personal, at a time when it is becoming increasingly difficult to get a job and find one’s place in life – not to mention the norms that the pressure of social networks forces on young people today – ‘be like this, act like that’…
The level of ontological insecurity has risen sharply, further exacerbated by environmental threats, the climate crisis, and now a global pandemic. In a sense, as Bruno Latour aptly points out in his book Down to Earth,2 the ‘Zone to Defend ‘(ZAD) movement, as in Notre-Dame-des-Landes (western France), is also a way of reacting to this insecurity, of pulling back from the modern world, while in this case trying to create a different one. 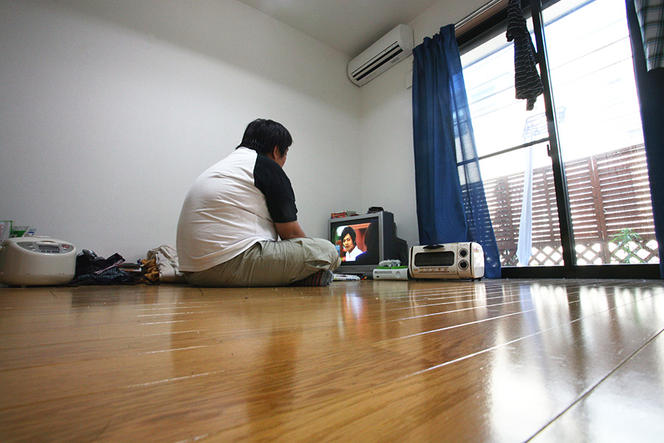 The term hikikomori designates any young person who remains isolated at home for at least six months. It refers to both the phenomenon and the recluses themselves. 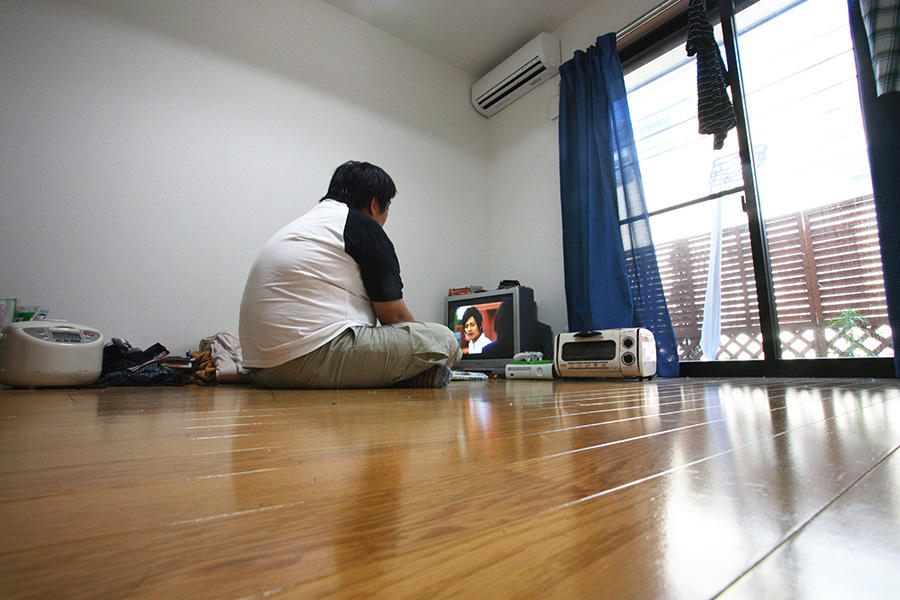 Are there similarities between the hikikomori and the confinement that we have endured, and continue to endure to a lesser extent?
N. V.: The confinement was imposed on us, so there was no intentional withdrawal from the world. However, while some people suffered through the period of reclusion, others had no problem with it, building a kind of bubble that they are now reluctant to leave – out of fear of Covid-19, of course, but not only. By cutting themselves off, the hikikomori pull out of social relations that they feel are too complex, too demanding. All such interactions, whether with teachers, co-workers or even friends, require an effort that they are no longer capable of making.

Those who did fine during the confinement find themselves in a similar situation: they felt as though the burden of social ties, whether professional (as we know, work is an ever-greater source of stress) or with family and friends, was lifted. They were in a cocoon, protected from the world, where they felt comfortable. Now that the lockdown is over, some people don’t want to leave home, urbanites who moved to the countryside during that period don’t want to return to the city… But what seems at first like a good way to avoid anxiety can soon become toxic.

In what way can extended confinement become toxic?
N. V.: To return to the hikikomori, an extended period of withdrawal accustoms these young people to a greatly reduced space-time context in which temporal reference points become blurred. In fact, many of them reverse the usual day-night routine. Time becomes highly cyclical, making them lose all perception of duration or the passage of time. The days go by, and are all the same. It’s a trap that the victim doesn’t notice until it’s too late, and that’s hard to escape. A French portmanteau term coined during the lockdown sums it up quite well: lundimanche (‘Sunmonday’) – which means that in confinement, every day is like Sunday. After a withdrawal phase of several months, it becomes very difficult to return to having a schedule and goals. In addition, certain hikikomori suddenly realise that life has gone on without them. Their classmates have found jobs or moved in with someone, whereas they have nothing to show for all that time. Some go through an episode of depression, while others develop anxieties about space, which now seems too vast, too noisy. The emotions are too strong, they begin having dizzy spells… To get back more specifically to confinement, the situation undeniably has a protective effect, even though it gives rise to other problems, amply demonstrated in research, like eating and sleep disorders. As a result, there is a real risk of increased anxiety as we return to normal life.

Does digital technology, by allowing us to keep in touch with the world while staying at home, contribute to such withdrawal?
N. V.: To some degree, yes, one could say that the Internet facilitates and perpetuates withdrawal. We can’t ignore the fact that the hikikomori phenomenon emerged in Japan at a time when the video game market was booming, and that these youngsters spend a great deal of time in front of their screens – playing online games, watching films, or satisfying their curiosity for a favourite topic. On the other hand, unlike most of us during confinement, they rarely use social networks – or do so anonymously, and certainly not to draw attention to themselves. In any case, it is likely that if hikikomori got bored more often, they might emerge sooner from their seclusion…

Opinion
The Ethics and Morals of Self-driving Cars