Home / Articles / What Future for Europe

What Future for Europe

Home / Articles / What Future for Europe

What Future for Europe

Maciej Luczniewski / NurPhoto / AFP
Share
Share
Mounting populism, Brexit, a looming trade crisis with the United States… How will the current tensions within the European Union transform its economic, social and political landscape? This was the question that 500 researchers recently tried to answer in Paris during the International Congress of the Standing Group on the European Union of the European Consortium for Political Research (ECPR). Interview with political expert Virginie Guiraudon, the event’s organizer.

The Standing Group on the European Union (SGEU), whose ninth biennial Congress was held at Sciences Po Paris, is composed primarily of researchers in the social sciences and humanities. What is the vocation of this association?
Virginie Guiraudon:1 At the outset, during the mid-1990s, we got together with a few European Union specialists, at a time when the social sciences became very implicated in this topic. Since then, we have received the backing of a far larger institution, the ECPR, more focused on political science. But this original impetus has not changed: we remain convinced that there is a need for interdisciplinary research on the European Union and European integration. Naturally, European integration processes require the existence of political entities, for instance Union institutions like the Commission, but these are merely the tip of the iceberg. Other dynamics are at work, particularly in the social and economic realms, that affect the daily life of European citizens. The right of freedom of movement of persons, for instance, which pushes some to relocate and dissuades others, is of particular interest to sociologists studying migration policy.

Europe’s current situation is hectic, to say the least, with rising populism, Brexit and a looming trade war with the United States. How do researchers approach these topics?
V. G.: We have to examine the possible outcome of all these phenomena on the future construction of Europe, but not simply in terms of the future of its institutions in Brussels, where the question is rather if Europe will survive or not. Instead we try to understand how these developments might affect the life of European citizens: in concrete terms, what will happen to the 3.5 million EU citizens currently living in the UK and to the 1.5 million UK citizens living in Europe? We ask pragmatic questions (hat made these people leave their country? How did things work out?), for which researchers have highly pertinent analytical methods and tools. 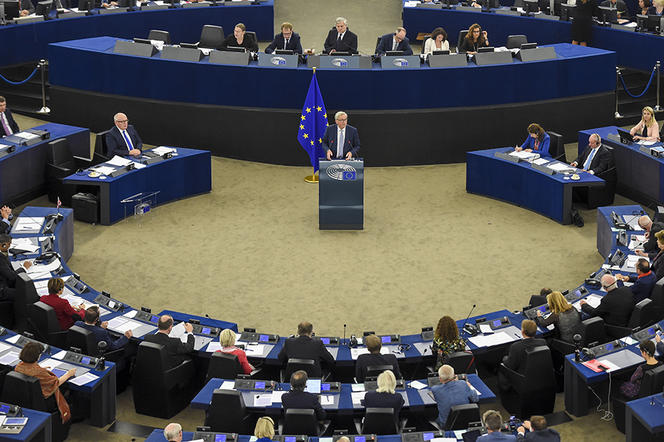 Debate on the State of the Union at the European Parliament in Strasbourg, on September 13, 2017. 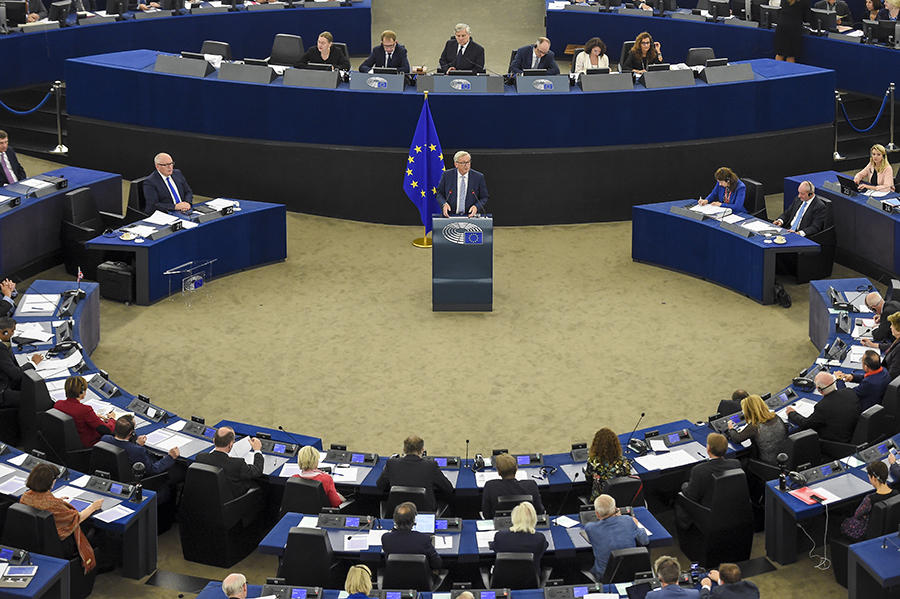 Is your goal then to provide political answers to these questions?
V. G.: Our aim is scientific: we are seeking to advance knowledge and understanding. It is impossible to measure Euroscepticism simply by carrying out a survey at time T. In particular, reliable longitudinal databases are required, given that the relevant data are chiefly state-centered. Both this example and that of the freedom of movement of persons highlight the inadequacy of comparative studies of national policies.

We need to study transnational phenomena. But how can we do this when we only have access to national data? My colleague at Sciences Po, Ettore Recchi, has published several studies2 including a long survey he conducted with 1000 respondents who have changed countries of residence within the European Union. One of his conclusions is that, in many cases, Europeans move from one country to another on sentimental grounds rather than for work. But we don’t find these people in national statistics. Research lets us look at current events on another scale and from a broader perspective.

You mentioned an interdisciplinary approach: which of the social science disciplines are involved?
V. G.: Obviously, there are political science researchers and sociologists, but we also have anthropologists, legal experts and historians. The latter are of great importance to us and in particular help us retrace transnational history, the history of networks which, even before the 1950s, made up European political classes. We can see the history and profiles of people who have invested in the construction of Europe, and who are more diverse than the well known names we learn about in school books like Maurice Schumann and Jean Monnet.

These conferences also leave time for substantive discussions…
V. G.: Regarding populism, we ask for instance whether we are currently witnessing a return to the 1930s. It is the job of the historians to provide some nuance for the various opinions expressed and to avoid rash comparisons: for example, the alliance between the Five Star Movement and the Lega in Italy does not necessarily represent a return to the Mussolini era, but…

I also decided to invite philosophers to attend to examine questions concerning political ethics since there is currently much discussion on European democratic values entrenched in the criteria to jointhe EU and which now appear to be questioned by certain eastern European governments.

In the face of all these internal tensions, is your research also a way of defending Europe?
V. G.: Once you move beyond the simple comparative study of national policies, you discover a world that is very far removed from the vision of its founders, the “Kantian” vision as the philosophers might say, consisting of a harmonious group in which the different peoples coexist in perpetual peace. The reality, though, is a world of power relationships and struggles for dominance between all kinds of interest groups. In a way, the more you study Europe, the more you become a Eurosceptic! Yet, at the same time, research gives you a better understanding of how everything functions and the simple fact that you are explaining things may make you appear pro-European. I experienced this myself in 2005 during the French referendum on the adoption of a European constitution. 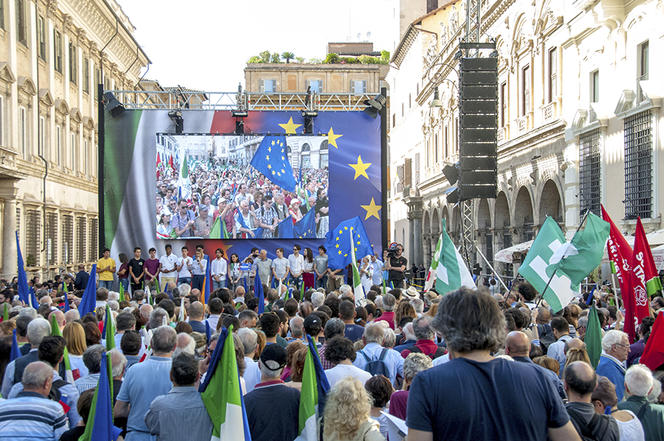 Demonstration in Rome of the Italian Democratic Party, on June 1, 2018, to defend the constitution and President Sergio Mattarella, threatened with dismissal by Luigi di Maio,the leader of the 5 Stars Movement. A winner with the Lega Nord in the last legislative elections, his coalition government includes eurosceptics. 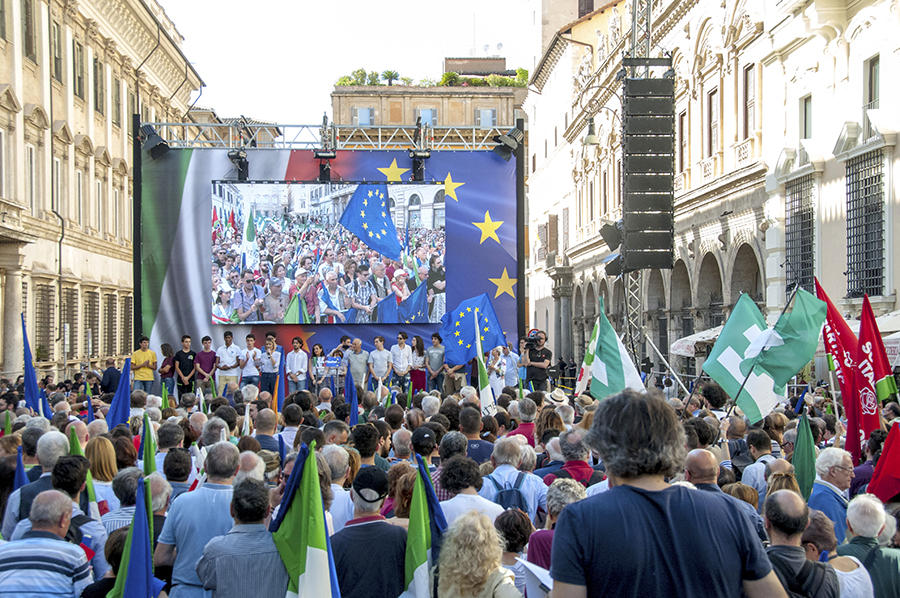 Demonstration in Rome of the Italian Democratic Party, on June 1, 2018, to defend the constitution and President Sergio Mattarella, threatened with dismissal by Luigi di Maio,the leader of the 5 Stars Movement. A winner with the Lega Nord in the last legislative elections, his coalition government includes eurosceptics.
Patrizia Cortellessa/Pacific Press/ZUMA/REA
Patrizia Cortellessa/Pacific Press/ZUMA/REA
Share
Share

You have no intention then of joining the fray?
V. G.: We try  to have a critical distance with what we are studying, and solve empiricaly-driven puzzles: in contrast perhaps with previous generations of researchers, we no longer subscribe to the notion that the various states will eventually dissolve into a European super-state able to federate the allegiance and loyalty of its constituent peoples. In reality, our role as researchers prevents us from taking sides.

But it must be said that the Brexit vote was an extremely fraught time for many researchers and teachers working in the UK, both British and foreign. Without necessarily being pro-European themselves, many were traumatized by the rejection of intellectuals that accompanied this vote.

They were simply attempting to warn people that the issues of freedom of movement of persons or the withdrawal from the European Union single market are not as simple as some would like to have us believe. They felt that their warnings fell on deaf ears. Although not activists ourselves, we want to be researchers involved in informing citizens and to participate in all major public debates.

To speak bluntly: do researchers believe that the European Union still has a future?
V. G.: I think our profession makes us more conservative than our media counterparts. It is not our business to announce catastrophe. If I had to sum up the state of mind of researchers I would say something like: yes, we are indeed in a deep crisis, but this isn’t the first time. Within the world of European studies, there is in fact a strong Schumpeterian current3 whose adepts point out that there have always been crises in history of the European Union, and that it is through these very crises that Europe has reinvented itself each time.

Despite the barrage of threats that appears to menacing Europe today?
V. G.: A lot has happened over the last two years, and researchers or not, there is no denying the rise of Euroscepticism. But we tend to forget a little too quickly that from day to day, decisions continue to be made in Brussels, that the European Parliament and Council continue to sit, and that the European machine continues to tick over. All these people aren’t just going through the motions.

For us then, the central question is not whether Europe is over. It’s clear to us that the phenomena at play are more gradual. We are not interested in announcing the imminent collapse of Brussels, but rather in understanding what is changing at the heart of the institution – for instance, how the decision-making mechanisms evolve as the number of member states increases from 12 to 15 and then to 27. There have also been developments in many areas since the European Commission introduced an organizational system largely based upon business management methods, with clear definition of targets, performance audits, and so on. The European Parliament also has greater decision-making power, thereby providing another lobbying opportunity for interest groups… Our role is to observe the transformation of what is no longer considered a form of proto-state but rather a public decision-making center

See author's bio
Children of MarketingPrevious
Neuroscience in the CourtroomNext

Article
How to Improve Police-Citizen Relations

Article
US Elections: A Reset for American Politics?
Europe