As part of the PlastiGar project, samples of suspended particulates collected from the Save, a tributary of the Garonne river in southwest France, are screened in order to assess plastic pollution.
Vincent Nguyen / EDB / IMRCP / CNRS Photothèque
Share
Share
Restoring our oceans, seas, and coastal and inland waters by 2030 is the goal of the Horizon Europe programme's Mission Starfish 2030. Agathe Euzen, deputy scientific director of the CNRS Institute of Ecology and Environment tells CNRS News about what the Mission is setting out to do.

You head the CNRS ‘Water’ Unit, which was launched in 2021. What does the Horizon Europe programme's Mission Starfish 2030 hope to accomplish?
Agathe Euzen:1 In a context of global change characterised by increasing pressure on seas and oceans, water resources are one of the major challenges of the 21st century. As a result, research is gathering momentum and now needs to be properly organised. In 2015, the United Nations defined seventeen Sustainable Development Goals (SDGs) for 2030. While some are directly related to water (SDG6), and to the ocean (SDG14), all of them are interconnected. Starfish will help to reinforce them at the European level, as part of the new Horizon Europe programme. The aim is not only to build a local, national and international approach to water, but also to raise public awareness about the need to preserve and restore oceans, seas, as well as coastal and inland waters. In fact, people are increasingly conscious and aware of the many threats to water resources, such as chemical and plastic pollution, overfishing and over-exploitation, and the impacts of climate change. 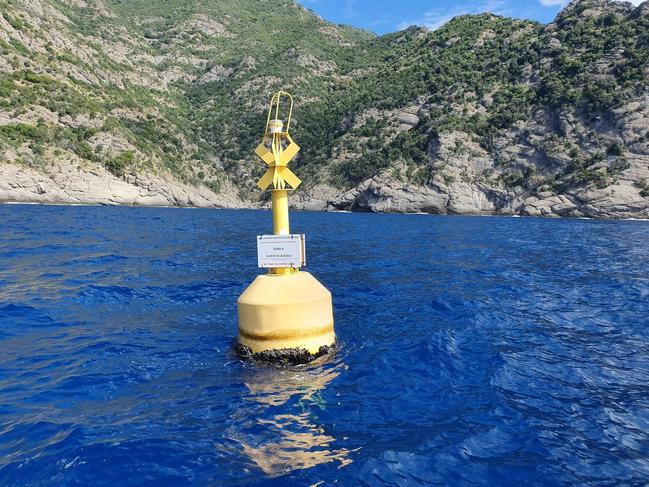 Buoy delineating the integral protection zone within the Marine Protected Area of Portofino, Italy. A survey has shown that 95% of the surface area of marine protected areas in the Mediterranean lacks the necessary regulations to reduce human impact on biodiversity. 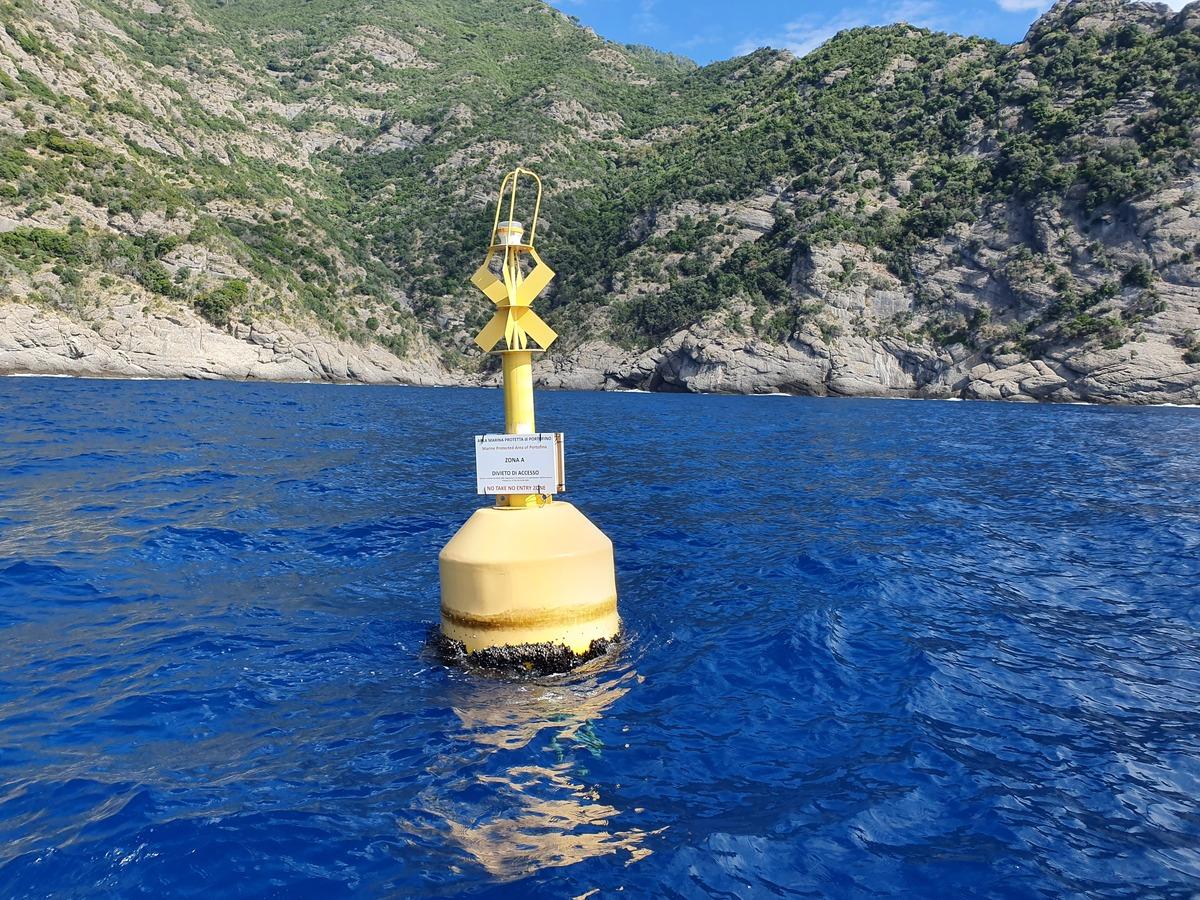 Five goals have been set for 2030: achieving zero pollution; revamping water governance; regenerating Europe’s marine and freshwater ecosystems; decarbonising our ocean, seas and waters; and enhancing existing knowledge. Where do we currently stand?
A. E.: Water is both a resource and a medium, and is vital for climate regulation, ecosystem functioning and human development. For example, the seas and oceans play a fundamental role in the climate, since they act as a biological pump that absorbs 25% of the CO2 emitted every year into the atmosphere by human activities. Another example is provided by wetlands, which form buffer zones that regulate and protect water resources, during droughts for instance. However, 85% of them have disappeared since 1995, and the degradation of these environments, caused by both climate change and anthropogenic pressure, today exposes populations to growing risks such as floods, extreme rainfall and heat waves. And France is no exception.

Today, more than ever, we are faced with the problem of the availability of water and with the need to manage it in a sustainable, efficient and equitable manner in order to protect, preserve and share this resource, which is unevenly distributed across different regions. Hence the need to plan ahead and address the question of the land-sea continuum, since the ocean suffers not only from human activities within it, but also from those that take place on land. We need to improve our understanding of such cross-cutting issues. The CNRS is also very much involved in these major challenges through the OneWater (Eau Bien Commun) exploratory Priority Research Programme and Infrastructure (PEPR), launched in March of this year.2

The Horizon Europe programme emphasises the importance of reducing both plastic and chemical pollution. What can be done to eliminate it by 2030?
A. E.: Due to poor waste management, it is estimated that every year 10 million tons of plastic, 80% of which originates on land, is dumped into the sea, mainly via rivers. People often imagine that this waste forms a floating continent, while it consists in fact of microparticles that are almost invisible to the naked eye. These are found everywhere in the oceans and continue to pour into them, accounting for more than 90% of the plastic floating on the surface. Research has a role to play here, for example by developing biodegradable materials that can replace these polymers. However, this must also be accompanied by tough European legislation that goes further than just banning single-use plastics. The problem of chemical water pollution caused by industry and farming has so far received scant media attention. 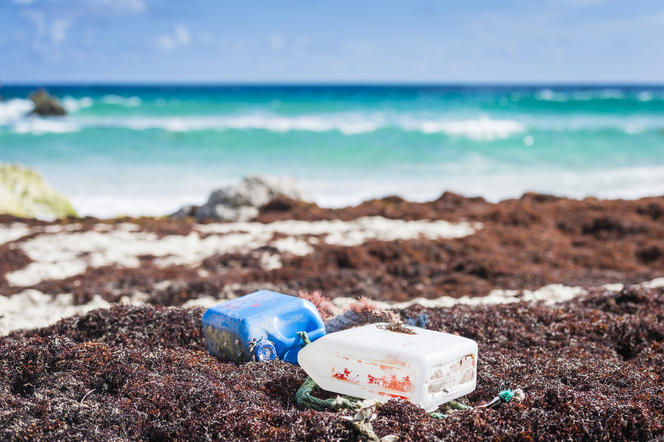 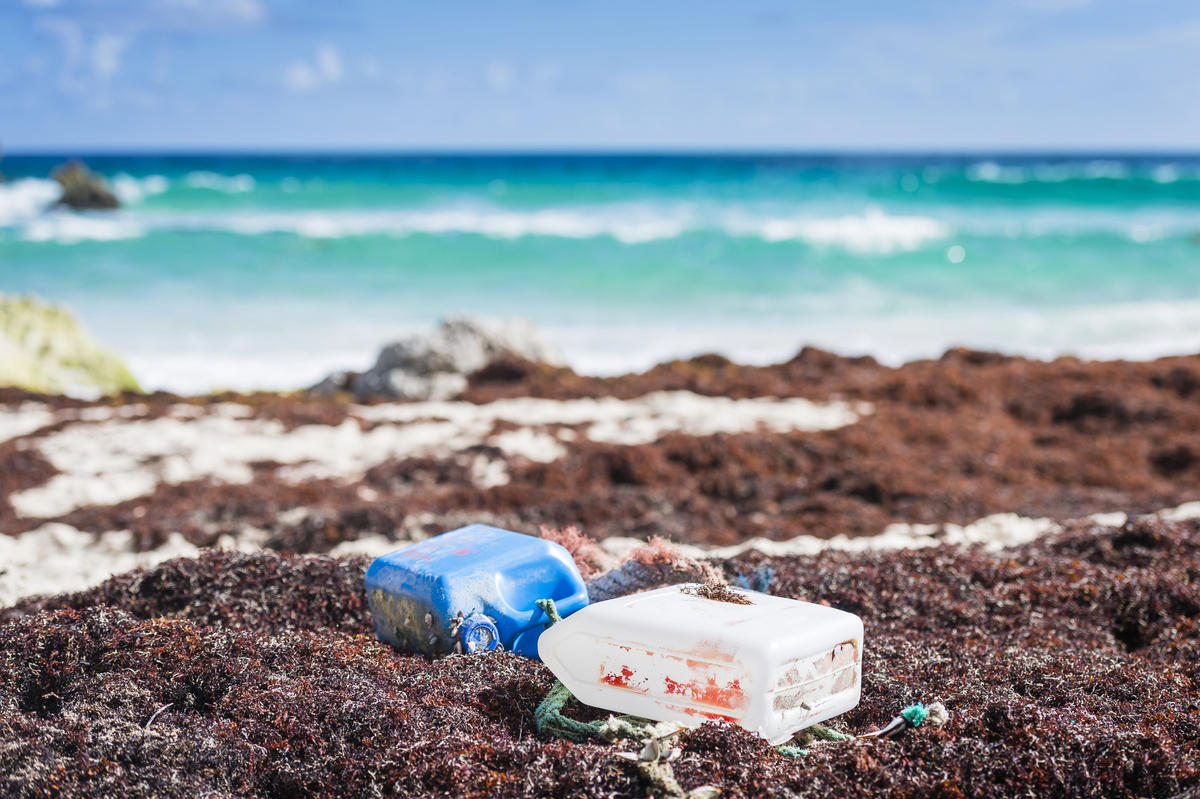 And yet we continue to produce active molecules that, like plastics, affect all ecosystems and probably also human health. Octocrylene, for instance, has achieved some notoriety in recent years. This compound, used in a wide range of sunscreens and cosmetics worldwide, is harmful to the marine environment. Another example is provided by chemical pesticides, widely employed in farming, which end up in inland waters, rivers and groundwater, where they accumulate. To address the challenge of water pollution, research should focus on the entire agricultural sector, with the aim of reducing and limiting its impacts on the environment upstream, as well as on developing monitoring processes to protect the ecosystems on which we depend.

According to the second part of the Intergovernmental Panel on Climate Change (IPCC)'s latest assessment report, only 21% of freshwater and 8% of oceans worldwide are protected, while a mere 10% of the European Union's maritime area is under strict protection. How can we go further?
A. E.: There are a wide range of options available, including in particular nature-based solutions. To enable ecosystems to regenerate, they need to be safeguarded through appropriate, environmentally friendly and well thought-out management systems, such as the creation of protected areas. We need to find the answers that are best suited to different contexts and uses, both in France and elsewhere in Europe, by limiting sources of pollution and by reviewing our uses and practices, regarding food for example. Although the objectives of Mission Starfish are set for 2030, we know that change takes time and requires the active participation of a wide range of players, including the general public, researchers, industry, and political decision-makers. Starfish is a powerful tool for action. However, we have no more time to lose. We need to step up research in order to improve our understanding of the dynamics of socio-ecosystems and hydrosystems, in other words, of all the water on the planet, including oceans, seas, lakes, rivers, groundwater and ice. And we must join forces with all stakeholders in devising the most viable, equitable and sustainable solutions possible, adapted to every region.

Article
Africa, A World in Transition