Home / Articles / US Elections: A Reset for American Politics?

US Elections: A Reset for American Politics?

Home / Articles / US Elections: A Reset for American Politics?

US Elections: A Reset for American Politics?

A watch party for the first presidential debate between Hillary Clinton and Donald Trump on Sept. 26, 2016.
M. MAKELA/The New York Times-REDUX-REA
Share
Share
As America heads to the polls to elect its 45th President, we ask historian and United States specialist Romain Huret to review this past election year and the many challenges that the country faces after November 8th.

Regardless of the outcome at the polls on November 8, can the 2016 US presidential election already be regarded as historic?
Romain Huret:1 Historic, possibly, but atypical, without doubt. I can’t remember a single presidential campaign to date that has revolved so much around invective, threats, accusations of fraud, washing of dirty linen in public, and so on. During the televised debates, exchanges between presidential candidates are normally carefully moderated. This time however, the atmosphere has been electric in each debate. But this is not the first time tensions have run high, and there have been extremely vigorous attacks on the campaign themes in past elections. In 1964, for instance, the Democrat candidate Lyndon Johnson branded his Republican counterpart, Barry Goldwater, a dangerous warmonger. The first negative advertising spot was created; a little girl peels the petals off a flower and a background voice then intones the nuclear countdown. The message in this advertisement (the Daisy Girl spot) was simple: if you vote Republican, the countdown to Armageddon will begin. What I find astonishing in the 2016 campaign is the ad hominem attacks (with a ‘thief’ in one corner versus a ‘madman’ in the other), and the sheer contempt oozing throughout the televised debates. This should provide some food for thought generally on how politics is conducted in a democratic country, and on the limits that must not be overstepped.

Donald Trump won the Republican primaries by straight knockout over some fifteen rivals. What in your view makes him so popular with the electorate?
R.H.: Trump has benefited hugely from the loss of confidence in the institutions and intermediary bodies (Congress, the justice system, the police, the educational system, etc.) expressed by the public, with this mistrust being expressed differently by different social groups. Above all, while cultural issues (the end of moral values, of authority, and of white male domination, gay marriage, and so on) hitherto formed the central electoral plank of the Republican party, of whom a very great swathe favor free trade, the New York businessman has built his campaign around the collateral damage resulting from deregulation of the economy. Trump, who calls himself the anti-system candidate, has continually criticized globalization, “which benefits only the elites” and he has repeatedly pointed out that 43 million American citizens are reliant on food vouchers. This is why, despite his excesses and his simplistic solutions, he has enjoyed such success among working class voters who have lost their jobs or who have found themselves impoverished in the wake of the financial crisis of 2008.

Do the questions surrounding education also account for the deep desire for change expressed by a large part of the American electorate?
R.H.: Yes. It is no accident that the two surprise candidates in this election, Republican Donald Trump and Democrat Bernie Sanders, managed to garnish great support by this ticket: one by calling himself the spokesman for the “non-college-educated,” and the other by recommending completely free higher education. For the children of less affluent families, breaking into the establishment by means of a university diploma has become a real obstacle course. The majority of students must take on huge debt in order to pay their education bills (student debt in the US is now approaching 1.3 trillion dollars, or around 1 trillion euros). And the breakdown of the social elevator in higher education means that 30-45 year-olds have dwindling access to property, which represents serious social regression given the central role it plays in the American dream of owning one’s home.

The GOP will not come out of this electoral campaign unscathed. It will have to adjust its programs in keeping with the times.

Is there a risk that the populism underpinning “Trumpism” will eventually cause the Republican party to break apart?
R.H.: The Grand Old Party will not come out of this electoral campaign unscathed. It will have to adjust its programs in keeping with the times. By voicing the resentment of millions of electors regarding the social consequences of globalization, Trump will force the Republicans to think carefully about the economic doctrine that they have championed for years. And since the country has always espoused a two-party system, even in the face of much worse crises than the Trump phenomenon (civil war in the 19th century, the two World Wars in the 20th century, etc.), the GOP will survive. Similarly, the Democratic party will have to provide a convincing response to the expectations of its left wing embodied in the Occupy Wall Street movement, which was launched in September 2011 to denounce the abuses of financial capitalism, as well as Sanders’ presidential campaign. However, any attempts to reform the mechanics of the primaries to prevent the emergence of independent candidates such as Trump and Sanders would simply compound the image of political parties turning a deaf ear to the claims of their voter bases and smothering the anger of the American people.

What role have the media in general and the digital media (social networks, blogs, websites, and so on) in particular played in this extraordinary election?

R.H.: We have to remember that the media have been deregulated in the United States, and that, consequently, the rule that requires that each electoral candidate has equal speaking time no longer exists. A television channel can thus quite easily promote one candidate exclusively, as has been the case with the conservative Fox News Channel. In addition, the exponential development of the Internet has further undermined the legitimacy of the major national media and has increasingly led to hyper-fragmentation of information sources, often at the expense of truth. For instance, in the south-western states, an entire group of local media is giving voice to completely fantasy-based anti-immigration stories that are for the most part completely unfounded. 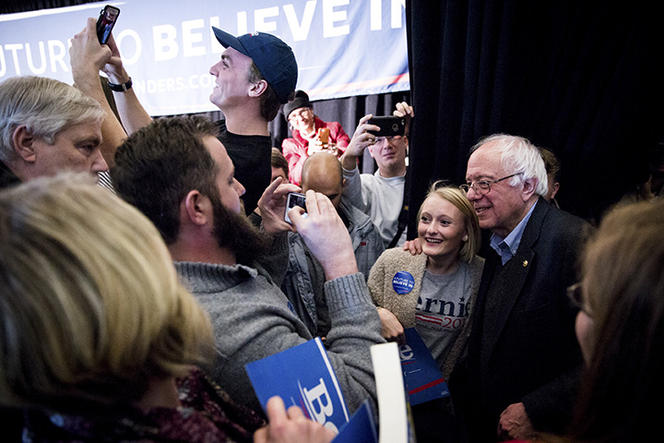 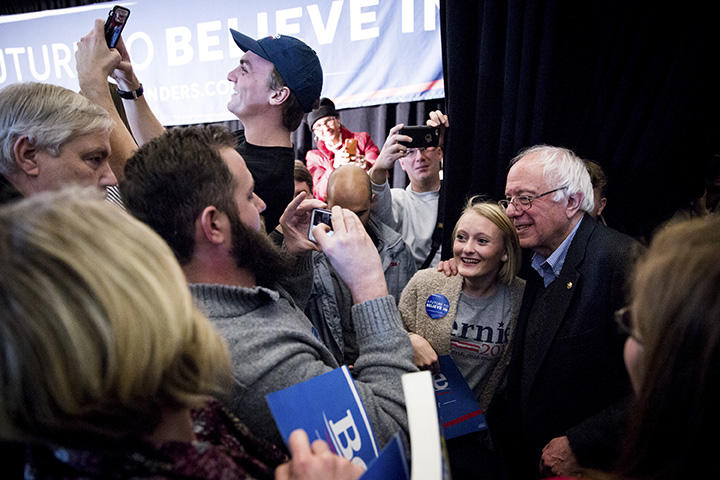 Barack Obama will vacate the White House in early 2017. What conclusions can we draw about his presidency before he leaves office, in terms of both internal and external policies?
R.H.: Only months away from the end of his second term of office, the first black president in US history continues to enjoy the support of just over 50% of Americans, which is in itself a record feat. However, the mid-term elections in 2010 and in 2014 saw the Democrats lose control of the House of Representatives and then of the Senate. These electoral setbacks caused the Obama administration serious problems with regard to reforming, amongst other things, the US immigration system and the healthcare system. Moreover, President Obama could doubtless have done more for African Americans, 59% of whom claimed in 2008 that they were confident about headway in race relations in the United States. On the international scene, he put a stop to the ‘adventurism’ and unilateralism of the Bush years, the disastrous consequences of which continue to reverberate around the entire planet today.

Does the Obama era represent a break with the past?
R.H.: I don’t believe in breaks or in ‘turning points in history.’ Although the election of the first African-American President was historic, the social fabric of a country cannot be simply transformed by waving a magic wand. On taking office, the next president will have his or her hands full. African-Americans belonging to the Black Lives Matter movement and the masses of adoring Trump supporters will have to live and work together to reshape the cornerstones of the American social contract.

Article
How to Improve Police-Citizen Relations