Harvesting barley in France. Agriculture is at the heart of many issues: food safety, biodiversity, humanity’s relations with nature, etc.
H. Rigel / Biosphoto / Biosphoto via AFP
Share
Share
According to Serge Morand, an ecologist and evolutionary biologist at the CNRS and CIRAD, researchers in ecology and the environmental sciences are more politically-minded than they were 20 or 30 years ago. Projects that combine scientific research with political action involving local communities are mushrooming around the world.

In 2016 you published a book entitled La Prochaine Peste (‘The Next Plague’).1 Was the current epidemic predictable?
Serge Morand: The appearance of the SARS-CoV2 virus was one possibility among others. No one could have known that we would be facing this particular epidemic, but all the conditions were present for an emerging infectious disease of this type to propagate rapidly across the globe. Globalisation has been gaining ground: air traffic has never been heavier – the number of flights has increased by 1,200% since the 1970s! International mass tourism has taken off, including in countries like China. This accelerated globalisation explains why the current contagion is much more widespread than the SARS epidemic of 2002, for example. Today, a relatively non-virulent pathogen is hardly noticeable when it first appears, and can therefore circulate very widely before its severity is appreciated. This is especially true for SARS-CoV2 because it is so easily transmissible. It seems to me that the past two decades have, unfortunately, been characterised by a degree of denial. It is difficult for us and our institutions to question our ways of occupying the planet and moving around. It’s somewhat like an economic crisis: we can all see that the bubble is getting bigger, but we pretend not to notice. 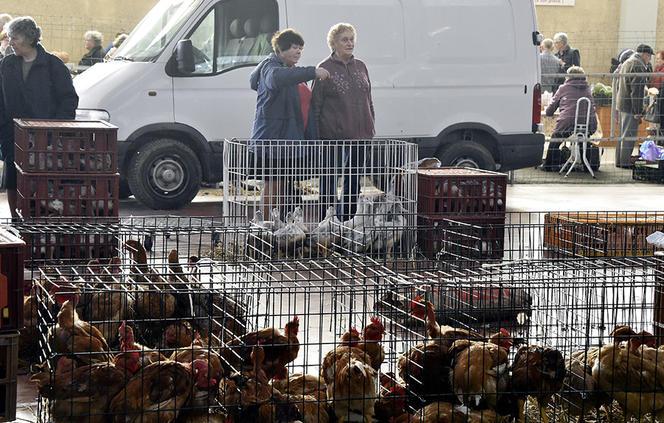 A market in Samatan (southwestern France, 5 December, 2016). An outbreak of H5N8 avian flu was detected at a duck farm in the region three days earlier. Researchers have noted that animals – pets and livestock – play a growing role in our environment, increasing the risk of epidemics. 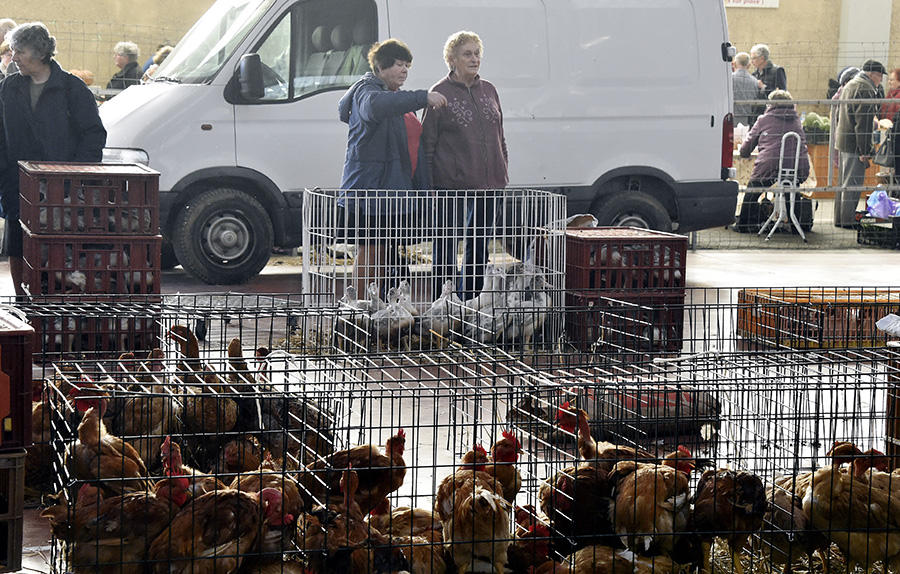 What other approach would you recommend?
S. M.: The emergence of these epidemics is largely due to the growing role of animals – pets and livestock – in our environment. It multiplies the risk of a virus ‘jumping’ from one species to another, including humans, which has been the case for all of the recent pandemics. In addition, this has led to a massive loss of biodiversity. The production of vegetable proteins – soybeans, maize, etc. – to feed all of those animals encourages deforestation in regions like the Amazon Basin, for example. A lesser-known consequence is that it also upsets the natural balance and resilience mechanisms that used to help us resist epidemics. To put it rather simply, there are two main possibilities: either we decide to protect half of the planet from any industrial or agricultural activity, allotting the other half to humanity, or we consider, as I do, that we are part of this biodiversity just like any other living being, and we need to develop new ways of understanding and occupying the Earth’s ecosystems. The latter would mean, for example, no more single-purpose land use, like certain forms of industrial pasture or agricultural land, and a return to non-specialised ‘mosaic’ environments enabling multiple uses. 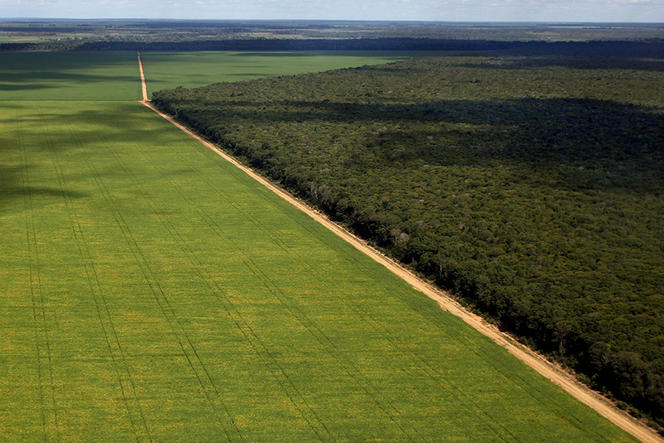 In the state of Mato Grosso (in the Amazon forest of southern Brazil), trees have been chopped down to plant soybeans. Intensive farming leads to a massive loss of biodiversity, upsetting “the natural balance and resilience mechanisms that used to help us resist epidemics”, according to Serge Morand. 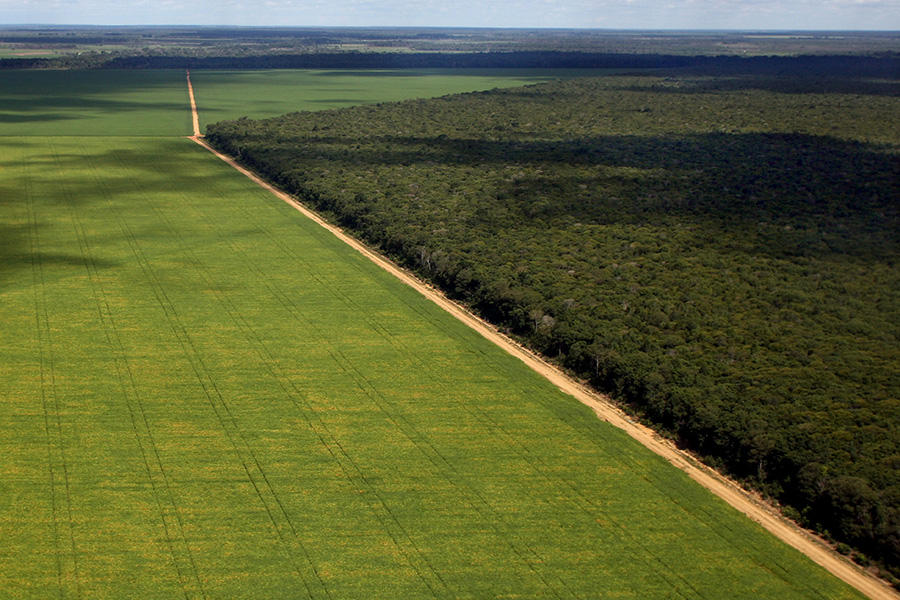 In the state of Mato Grosso (in the Amazon forest of southern Brazil), trees have been chopped down to plant soybeans. Intensive farming leads to a massive loss of biodiversity, upsetting “the natural balance and resilience mechanisms that used to help us resist epidemics”, according to Serge Morand.
Lou DEMATTEIS/REDUX-REA
Lou DEMATTEIS/REDUX-REA
Share
Share

Should agricultural policy reform be a priority?
S. M.: Agriculture is the key element in many important issues: food safety, biodiversity, humanity’s relations with nature… It is vital to return to practices that are less mass-oriented, less globalised and more localised. Paradoxically, the international institutions seem to be the most advanced in this area. For the past few months the European Commission has been issuing an apparently sincere call for a ‘Green Deal’. Last year, even the International Monetary Fund – not known for its radical environmentalism – announced its desire to fight against climate change and protect the environment. Everyone is aware of the need to reform the common agricultural policy. In particular, we must stop production-based subsidies and give greater consideration to ecological criteria: how farmers benefit their environment, their local economy… Or how their methods help reduce water consumption. Researchers and specialists in the environmental sciences have many proposals to make in this respect. But the debate must also involve political leaders, private citizens, the agri-food industry, etc.

You also mention the recommendations of the Intergovernmental Science-Policy Platform on Biodiversity and Ecosystem Services (IPBES)…
S. M.: The IPBES is a network of experts on biodiversity, analogous to the IPCC for climate change, conceived by the UN in 2005 and officially founded in 2012. It was the IPBES that, for example, alerted us last year that there are now one million animal species at risk of imminent extinction. Until now, this network did not focus on health or epidemics, but that is changing. The IPBES was to launch an extensive study this year – now rescheduled for 2021, due to the context – on the impact of our agricultural and livestock policies. We should also consider the role of UNESCO, which provides its support and experience of ‘biosphere reserves’, that is, zones that have been considered useful for studying biodiversity and working towards more sustainable ecosystems. UNESCO is an ideal institution for concretely demonstrating the importance of biodiversity for health, as it promotes both scientific research and popular education. Generally speaking, this type of action comes in the wake of ‘One Health’, an initiative launched by the UN in the early 2000s but only truly active in the past decade. The idea is to create an alliance between entities such as the WHO, the FAO and the World Organisation for Animal Health in order to improve the response to ecological and epidemiological risks.

Are researchers in ecology and the environmental sciences more determined today than, say, 20 years ago to take concrete action and have greater political involvement?
S. M.: Yes, very clearly, if only because the environmental crisis is much more urgent today. And it is also in keeping with the trends in scientific research. Fields that were still marginal 20 or 30 years ago are now of central concern. I’m thinking, for example, of ‘conservation ecology’ and ‘restoration ecology’, which reflect on the best uses that can be made of spaces that are considered distinctive, like rivers and villages, but also disused mines, etc. One key challenge is the possibility of studying their synergies with other sites and players, and planning the best ways to preserve them as part of our biocultural heritage. To look at another aspect, everything concerning ecology in the fields of agriculture, agronomy and even economics is of ever-growing importance, as shown by the recent addition by the French National Research Institute for Agriculture, Food and Environment (INRAE) of an ecology section in its reference disciplines. Lastly, as regards the humanities, and especially anthropology, an increasing number of studies are being carried out on the interactions between humankind and nature. I’m thinking in particular of the work on ‘ecological solidarity’ by the ecologist John Thompson and the geographer Raphaël Mathevet at the CEFE2, which has directly influenced France’s national parks charter. 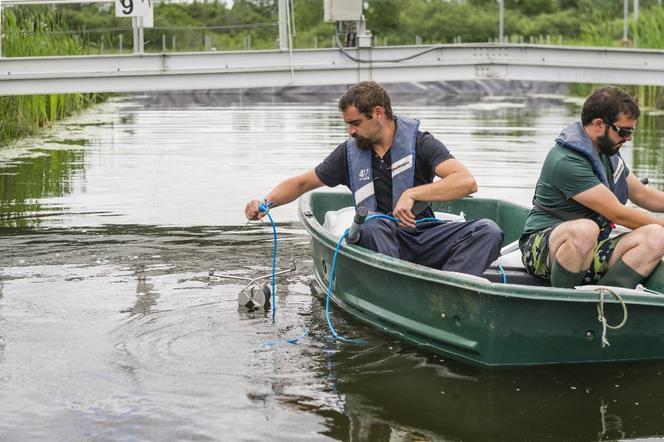 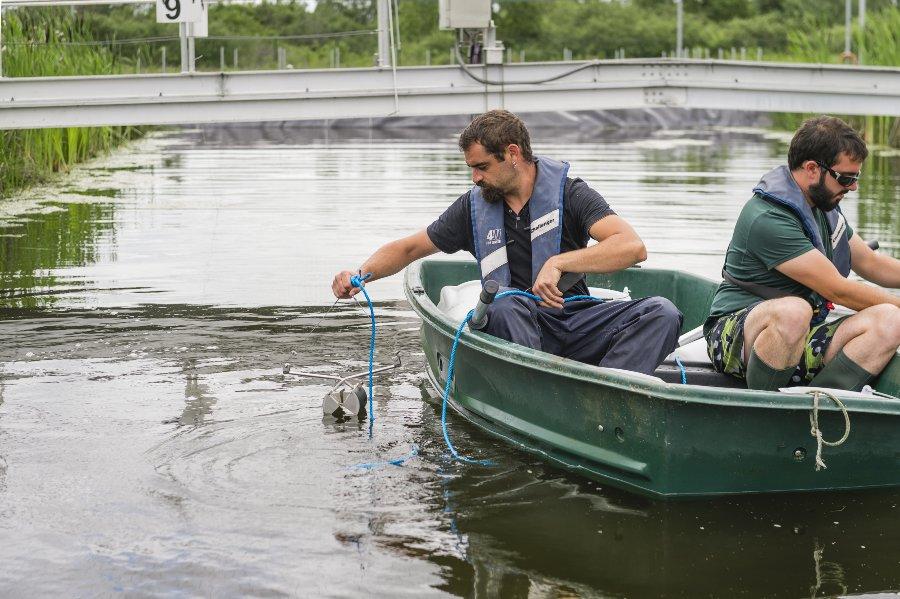 Do your own research projects have a political or operational dimension?
S. M.: I’ve been fortunate to be able to work in Southeast Asia, developing joint research programmes with scientific organisations as well as political decision-makers, administrations and local communities. As a result, our research has a direct influence on the management of the regions concerned. In addition, this institutional recognition paradoxically allows us to carry out work in the long term: our projects become such an integral part of local policy that they can no longer be easily discontinued, e.g. simply for budgetary reasons. To mention one example, in Thailand last year we launched an extensive survey on the impact of pesticides in response to a request from farmers, political representatives and the Ministry of Health. We made it clear that this was essentially fundamental scientific research, not for the purpose of formulating practical agronomic recommendations. Nonetheless, the reaction was very positive. More than a thousand people gave blood in order to measure their exposure to glyphosate. We were able to collect samples from a large number of wild, domestic and farm animals, and to make a very precise map of pesticide use. The research is still going on, and is of interest to Thai farmers as much as the government authorities. In France, health ecology is still a marginal discipline, and often not really understood. But I hope that the health crisis we are experiencing now will promote its development.