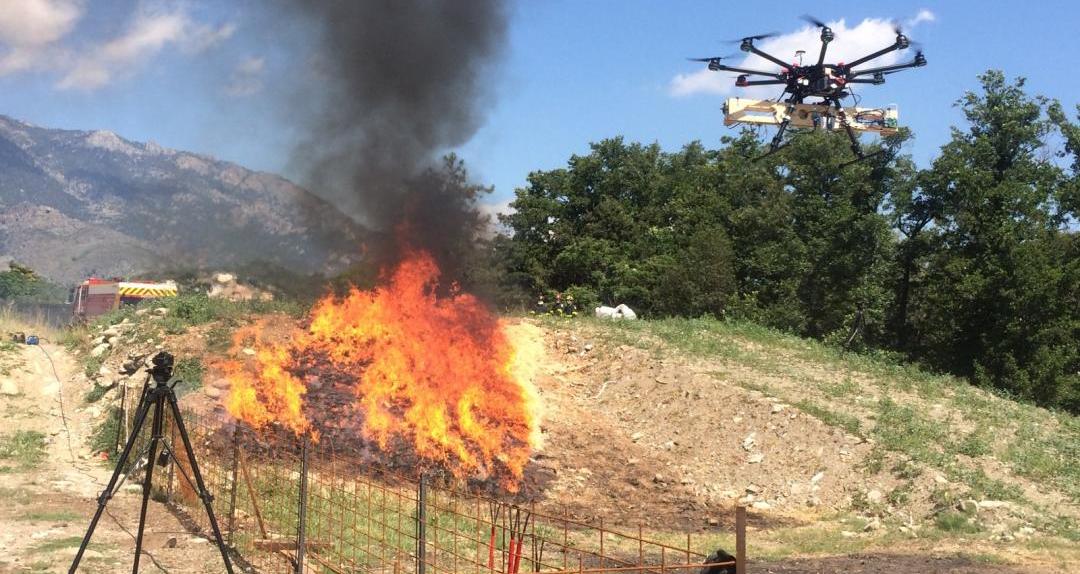 Fire season could soon last all year. Despite improved techniques to combat the phenomenon, the number of wildfires has increased, and affected areas have doubled over the past 30 years. This situation is made worse by weather and climate conditions, even during the winter months. Burning more than 100 hectares, large-scale fires have been growing in number worldwide, in Australia and Portugal, but also in new countries such as Denmark and Sweden.

The whole of the French island of Corsica is potentially at risk, which is why, for more than 20 years, researchers from the SPE1 have focused on the challenges posed by wildfires.“New findings, and techniques developed by our Fire Project have now been transferred to people on the ground,” explains Lucile Rossi, senior lecturer at the laboratory.

Drones to the rescue

Drones are increasingly being used around the world in the fight against forest fires. By providing firefighters with images, this new tool offers a wide range of services, such as helping to locate the fire fronts or providing an overview of the overall situation. Science will not replace the invaluable insight of experienced professionals but it can nevertheless be of assistance. In her research, the scientist expands the real-life potential of drones by equipping them with stereovision. Two cameras take simultaneous and asynchronous infrared and visible-spectrum images, which results in extremely detailed 3D renderings of the flames showing their shape, slope, length, and propagation speed – in other words the essential characteristics of a fire’s dynamics.

Infrared and visible-spectrum images taken by a drone of a controlled burn.

Since January 2020, drones have been at the heart of the multi-tier GOLIAT project in Corsica2 where Lucile Rossi is at the helm of a three-year hot spot geolocation programme which includes the automated processing of images. Drones will help identify the spots where a fire could restart after having been extinguished. “We are very lucky in Corsica to be able to work hand in hand with the teams in the field and develop tools best suited to their needs. In order to collect images, I joined the firefighting and rescue division here during the February Solero fire. The data obtained considerably accelerated my research and saved me years of experiments,” she says. 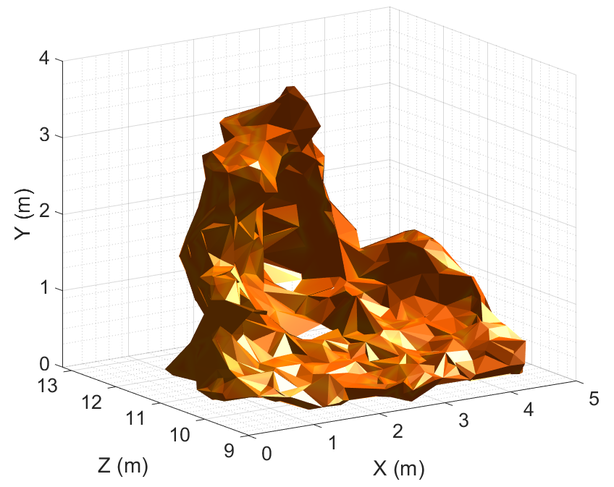 A 3D reconstruction of a fire front created from drone imaging. 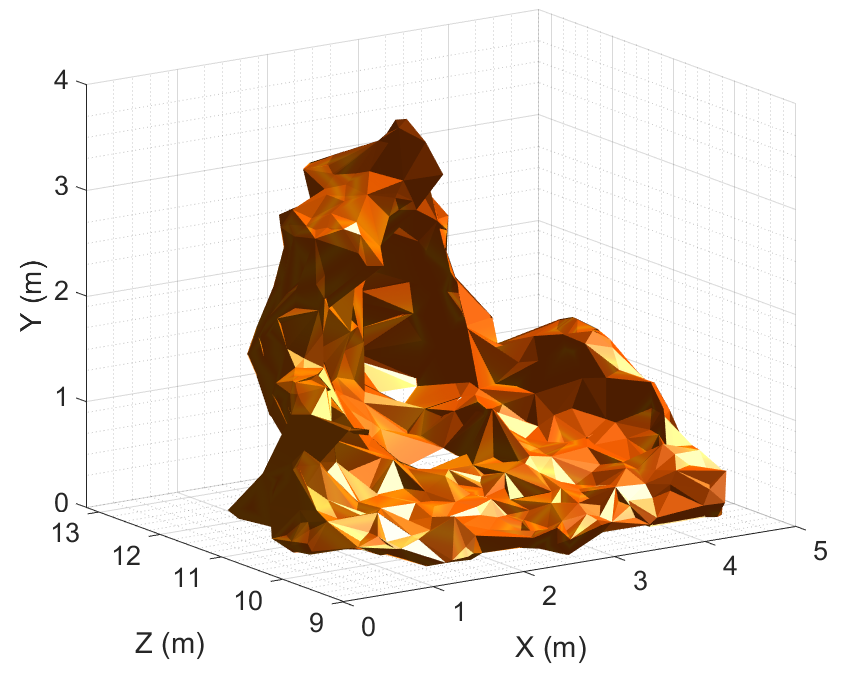 Research at GOLIAT has also contributed to the use of controlled burns, where some of the vegetation in high-risk areas is burned in advance to prevent future fires. Tests to identify how often and how many such practices should be carried out, as well as their environmental impact, are being conducted with the French forests authority, the scientist explains.

The research at GOLIAT will also lead to the development of decision-making support tools to help with the difficult task of forecasting fire behaviour and its impact. Thierry Marcelli, a researcher at the SPE, uses simplified physical models that are rapid, robust, and available when fighting a fire. Radiative and convective modes of energy transfer are taken into account to distinguish the dynamics of a fire. This approach also helps predict which conditions can lead to the start of eruptive fires, an information critical to fire crews due to the danger associated with the sudden acceleration of the spread of the fire front with this type of blazes. 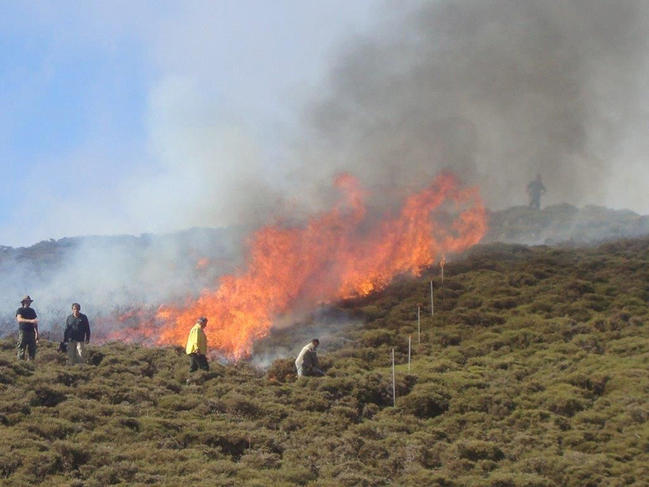 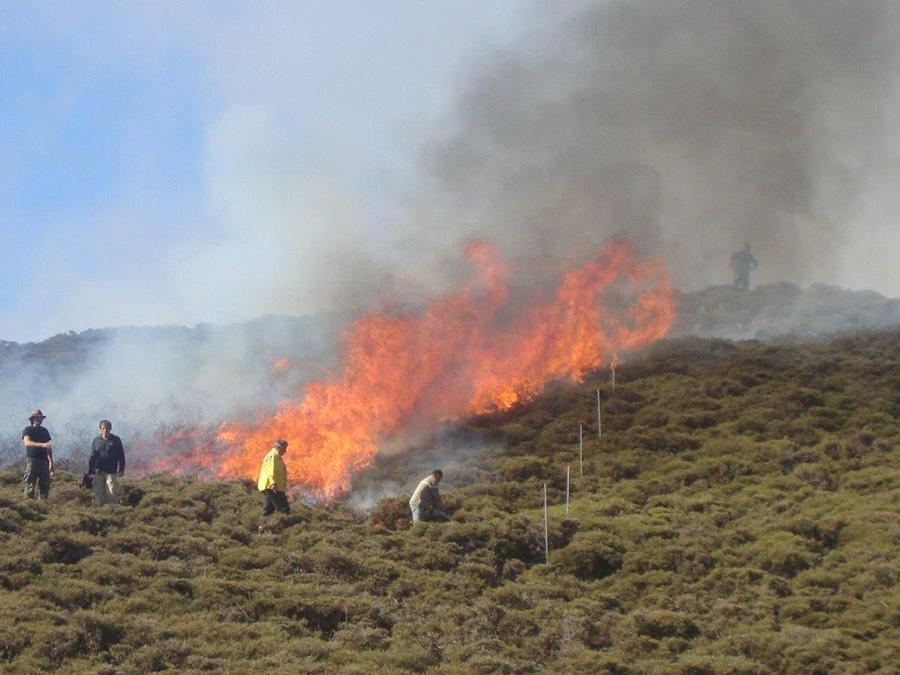 A first tool3 based on this model was developed in 2018 with firefighters in Corsica. According to Marcelli, it showed areas of thermal radiation on a map, used to confirm the safety of intervention zones set up during the fight to extinguish a blaze. The zones are strips of vegetation hundreds of metres long and approximately 100 metres wide either burned or cleared by fire crews in order to slow the fire.

With the GOLIAT project, Marcelli is looking to develop a system capable of predicting the behaviour and impact of fires. According to the scientist, it could anticipate the three-dimensional evolution of a blaze, as well as the heat levels experienced nearby. The project will help identify danger zones and the optimal distance for deployment of crews, while minimising their exposure to heat radiation.

A large database is also being developed by GOLIAT. “Corsica’s firefighters are getting older. Their knowledge of the terrain, of wind changes, of fire recurrence in the valleys, is being lost. The database will help preserve this knowledge,” adds Marcelli. Merging historical and statistical data will make it possible to spot recurring fire areas and implement land planning policies aimed at lowering the risks of outbreaks.

According to Jean-Baptiste Filippi, CNRS researcher in fire simulation, a wildfire is a meteorological phenomenon. All the more reason to develop a forecasting model that takes into account the blaze, the weather, and the interaction between the two. Filippi runs the national FireCaster programme4 funded by the French National Research Agency (ANR), which oversees French wildfire forecasting. Its aim is to calculate fire and atmospheric data, which can then be used by the French weather service to alert the population when the fire risk is elevated, on the same model as what is done for flooding. To achieve this, Filippi uses the automated open-source fire spread, behaviour, and impact simulator ForeFire imbedded into the FireCaster API platform since June 2020. In just a few seconds, it simulates the position of the fire front, its strength and speed over several hectares, all with a resolution of just one metre. 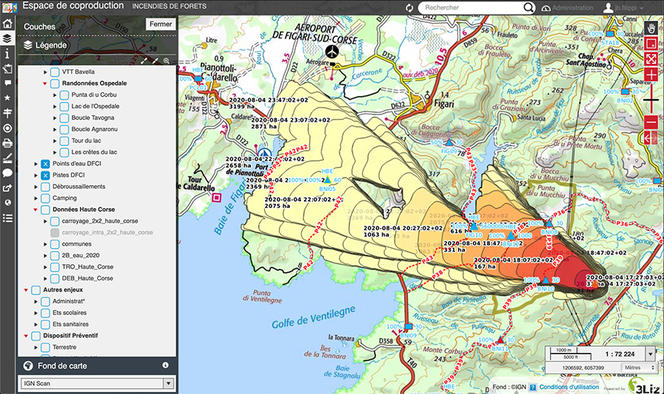 It only took 40 seconds to provide a simulation of a fire in the south of the island of Corsica despite extreme weather conditions of 10% humidity and 90 km/h winds. 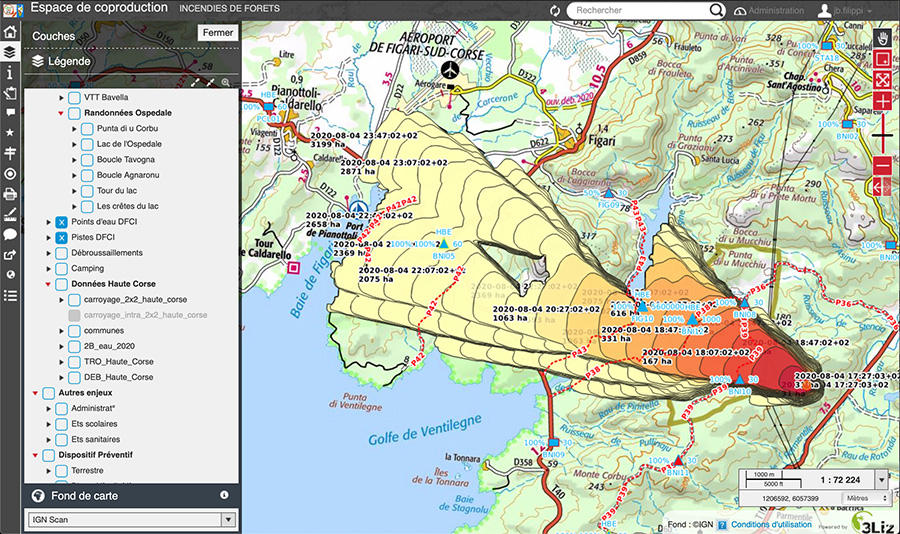 Other tools in the FireCaster research pipeline include providing weather forecasts every two minutes at a high resolution of 600 metres in order to meet the needs of crews on the ground. Fire behaviour can change very rapidly due to localised changes to wind direction caused by the interaction between the blaze and the atmosphere. Modelling that includes both fire and atmospheric information can secure more precise data on the composition, density, structure and the transport of plumes of smoke. Other applications include forecasting maps generated by the FireCaster API, which assist local officials in their decision to call for evacuations of at-risk areas.

The model also helps estimate the areas that were saved by comparing them to simulations of fire damage with and without intervention of fire fighters. The crews use it in the OpenDFCI forest management platform. “They rely on it to create their own scenarios where true-to-life weather conditions can be input for use in training sessions,” Filippi explains. Firefighters will soon be able to simulate the impact of large-scale intervention involving the use of water bombers, for example.

In order to find ways for these simulations to also contribute to economic, human, and environmental issues, a partnership has been established with the LISA laboratory.5 One such project includes the costing of areas and plots of land that are at risk of forest fires. The budding FireCaster programme and the availability of high-performance computing should give rise to other applications in the fight against fires in the coming years.

Video
In Botswana, an amazing stream in the desert
Environment

Article
A Digital Twin for Notre-Dame