Tracking radioactive barrels in the Atlantic

Tracking radioactive barrels in the Atlantic

Disposal of barrels by the British vessel GEM during a Greenpeace protest in the North Atlantic in 1981.
Greenpeace / Pierre Gleizes
Share
Share
Between the 1950s and 1990s, some 200,000 barrels of radioactive waste were dumped by European nations into the North East Atlantic. Scientists are set to assess the condition of the barrels today and study their effects on surrounding ecosystems.

Sadly, oceans have become the dumping ground for much of humanity’s refuse. Among the mass of plastics, heavy metals, fertilisers, and pesticides, thousands of tonnes of civilian and military radioactive waste litter the ocean. According to Patrick Chardon, expert in the effects of radioactivity on the environment at the LPC physics laboratory,1 “Nuclear power generated waste right from the start, and managing that waste became an issue from the word go. Thought back then to be devoid of life, deep ocean plains seemed a suitable disposal site. Located hundreds of kilometres from the coast at depths of more than 4,000 metres, they were far enough from any inhabited areas.” Since then, advances in our knowledge of the ocean floor have shown that deep ocean plains are by no means devoid of life. Concerns about the effects of radioactive waste on the ecosystem have prompted two French-led studies scheduled for 2023-2024. 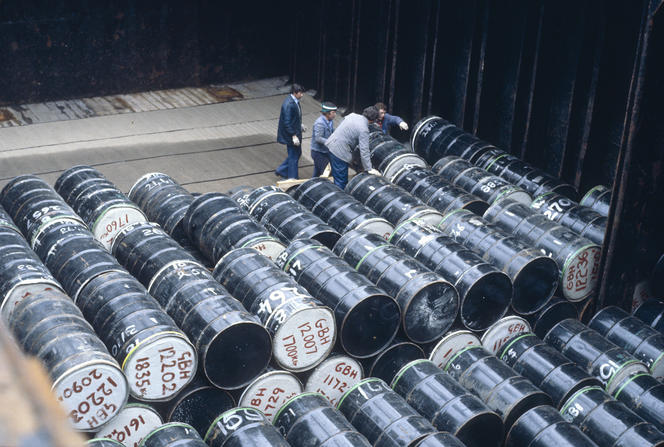 Barrels on the deck of the GEM in 1978 before their disposal (photo taken by Greenpeace). 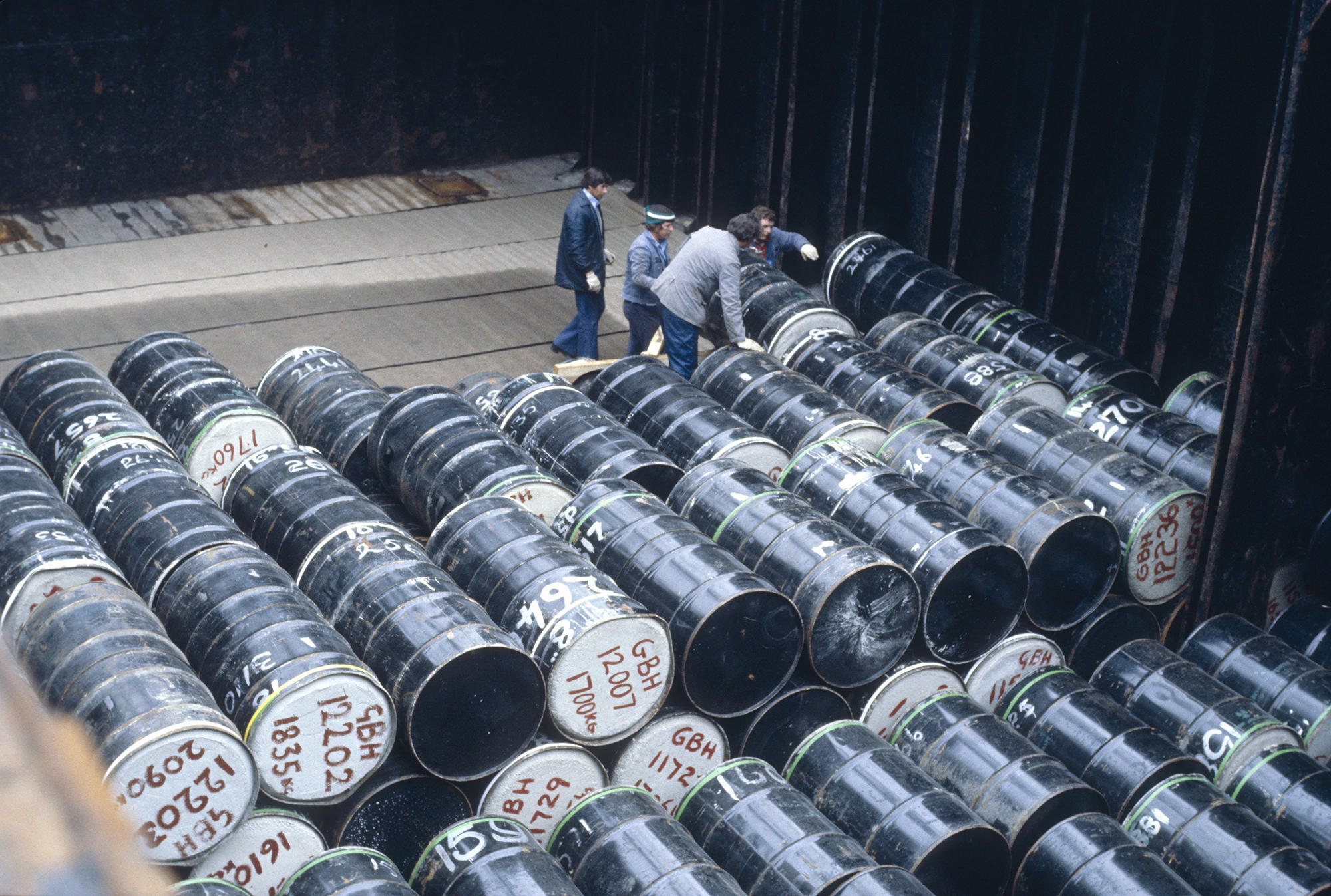 36 petabecquerels of waste on the ocean floor

Between 1946, when the United States first began dumping radioactive waste into the ocean, and the early 1990s, when the practice ended, hundreds of thousands of barrels were disposed of in the waters. “European nations put their waste in the North East Atlantic, representing more than 200,000 200-litre metal barrels filled with radioactive waste, mixed with bitumen or concrete in order to resist the impact when hitting the water,” explains Chardon. Over 34 separate operations between 1949 and 1982, the UK submerged more than 140,000 barrels; Belgium disposed of some 55,000; and France dumped more than 46,000 during two operations carried out in 1967 and 1969. In those days, the disposal of waste in international waters, where no regulations apply, was not illegal. By the end of the 1960s however, the procedure was supervised by the International Atomic Energy Agency (IAEA). The latter delineated specific areas where disposal was allowed until the London Convention on the Prevention of Marine Pollution by Dumping of Wastes and Other Matter, ratified in 1975, instituted a moratorium and later a total ban on the practice.

“To the best of our knowledge, no fuel, and no high-level or long-lived waste were disposed of into the ocean. As far as we know, only materials such as gloves, lab equipment, and samples were submerged, all falling within the very-low-, low-, and intermediate-level waste,” Chardon points out. Nevertheless, this still adds up to a non-negligible 36 petabecquerels, about 300 times less than what was emitted during the Chernobyl accident, he reckons. “This type of waste contains different kinds of radionuclide, whose behaviour, toxicity and lifespan vary immensely.”

Some, such as Caesium-134 and Iron-55 have disappeared entirely by now. Others, including plutonium isotopes (Plutonium-238, 239, 240, 241, 242), have lifespans ranging from a few decades to more than 300,000 years. Tritium, despite its low toxicity (tritiated water waste from nuclear power plants is legally discharged into rivers) binds easily to organic living matter. 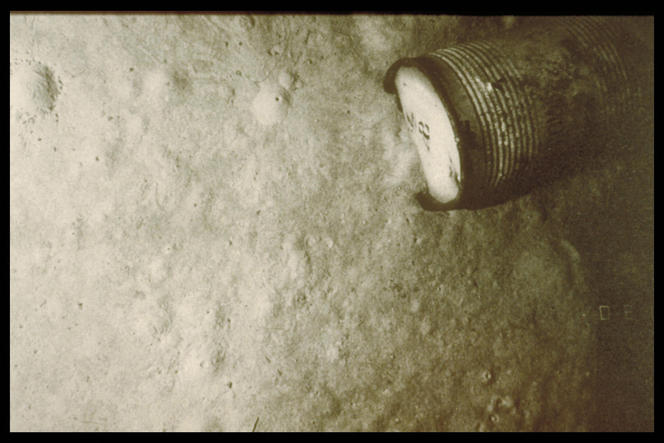 Six barrels located by the CEA / Ifremer mission in 1984. 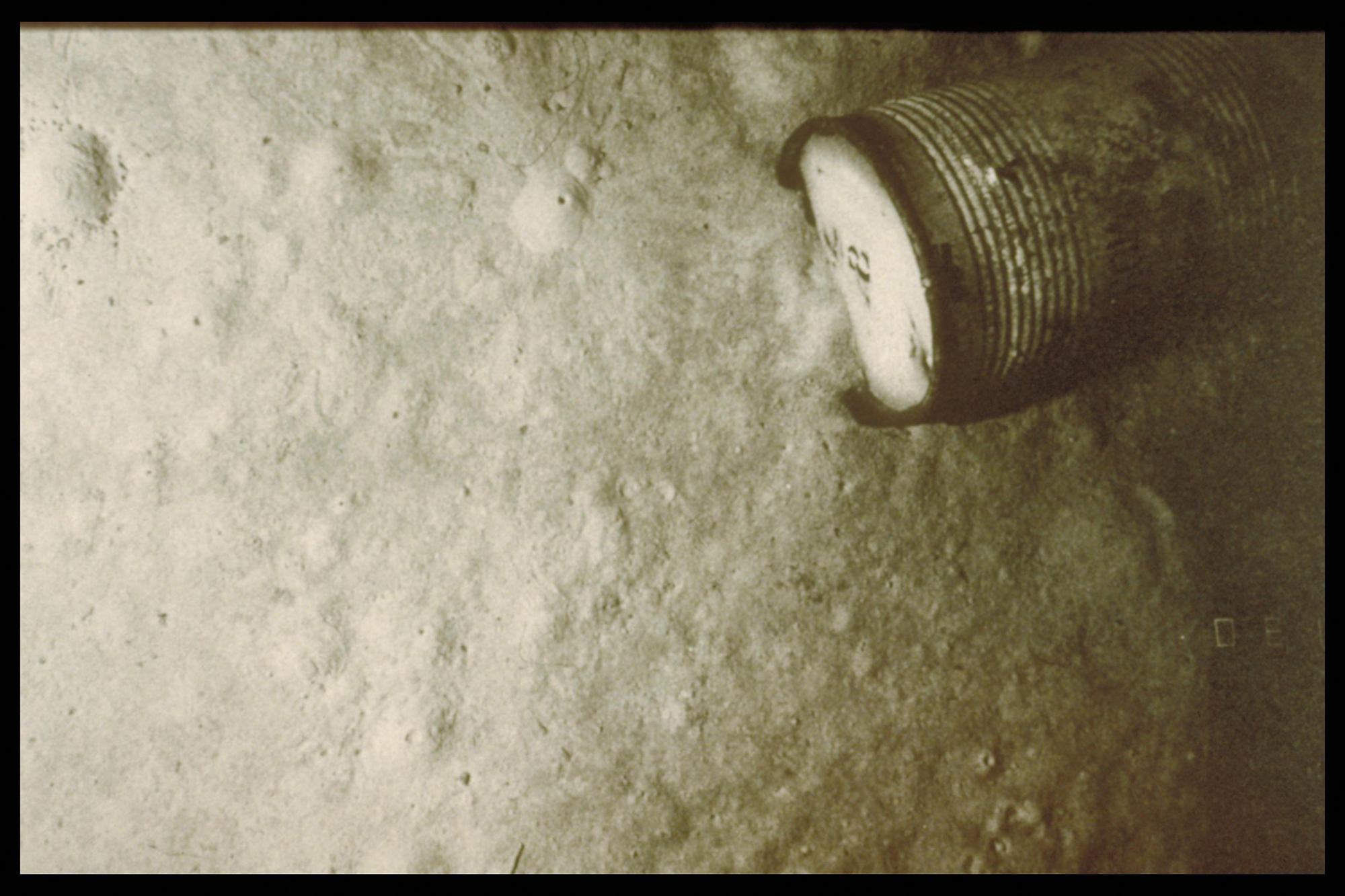 In fact, scientists have no idea of the residual radioactivity of the waste lying on the ocean floor, some disposed of seventy years ago. The distribution and the condition of the barrels on the seabed are also unknown. Despite the barrels’ relatively short 25-year shelf life and the commitments agreed to by signatory countries of the London Convention to scientifically monitor radioactive waste on a regular basis, only two missions were organised in the 1980s in the North East Atlantic (one conducted by the French Alternative Energies and Atomic Energy Commission CEA and maritime research organisation Ifremer). “Back then, six barrels were located by Ifremer and were in good condition, but no one knows in what state they are today”, adds Javier Escartín, marine geologist at the LG-ENS,2 who with Chardon will lead two oceanographic missions over the disposal areas.

Mapping the depths and locating the barrels

Some forty oceanographers, ecologists and radiochemists will take part in the month-long missions. “We will concentrate our search on two areas approximately 6,000 km2 in size and around 600 km off the French coast from the city of Nantes western France,” explains Escartín. The scientific missions will proceed in two stages. The first, expected in 2023-2024, will accurately map the seabed in both sectors and locate the barrels. “We do not have access to very detailed bathymetry (seabed depth and topography) of the zone and no information on the position of the barrels.” Samples from the surrounding water will help assess the general level of pollution in the area. 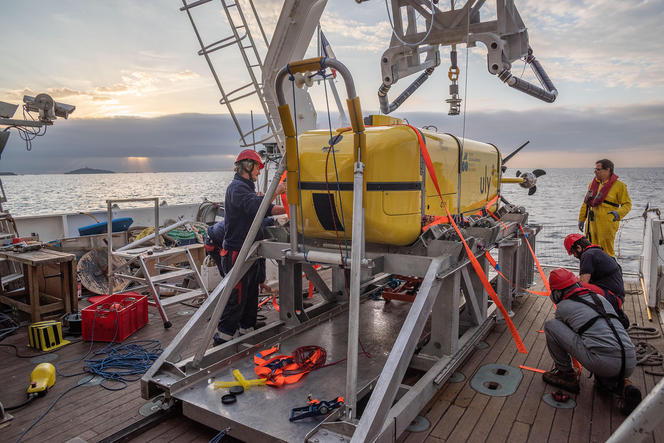 Two missions will take place in the disposal areas covering some 6,000 km2. 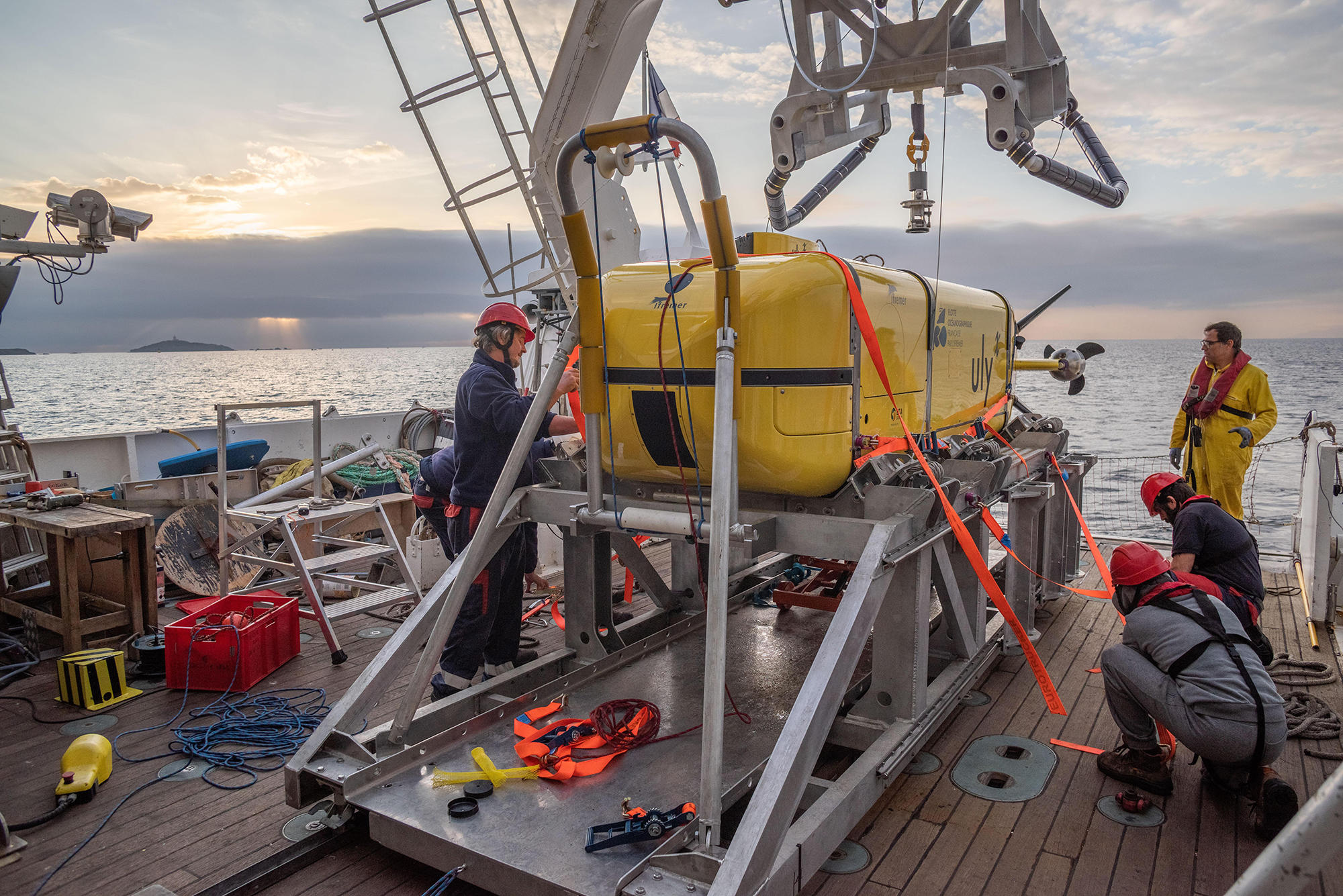 The second mission, expected a year later, will analyse radionuclides and their impact on the ecosystem. “We have many questions regarding the radionuclides. We want to know if they have escaped from the barrels and in what form. Do they move about? Have they spread about the water column? Are they toxic to living organisms?,” wonders Escartín.

Some radionuclides may have attached to sediment present on the sea floor which keeps them from drifting and limits their danger. Accessing their bioavailability is also crucial in understanding whether their chemical form can lead to their absorption by living organisms. Scientists will also study background radiation levels and distinguish between results caused by the submerged barrels and those originating from nuclear accidents, testing, and authorised liquid waste emissions from nuclear power plants.

Samples will also be taken from the ecosystems and sediments adjacent to the barrels. Micro-organisms, bivalve molluscs lying on the sea floor, and deep-sea fish will be studied for the effects of potential radioactivity. “Precautions will be taken on board to avoid contaminating the scientists and crew, but also the equipment used, such as the marine robots,” explains Chardon. “Samples will be stored in large vinyl bags placed in sealed containers to avoid all contamination.”

Researchers will benefit from the latest technologies on board the Ifremer fleet, including the ultra-modern Ulyx autonomous underwater vehicle, able to reach depths of up to 6,000 metres. “Ulyx will take pictures of the barrels on the sea bed.” Samples will be collected by a remotely-operated device that will also take video imaging in order to produce highly-detailed 3D images of the barrels and their state of wear. “We will be totally transparent with the results”, says Escartín. “In addition to the usual scientific journals, all data from the mission will be made available to the public via a dedicated website.” 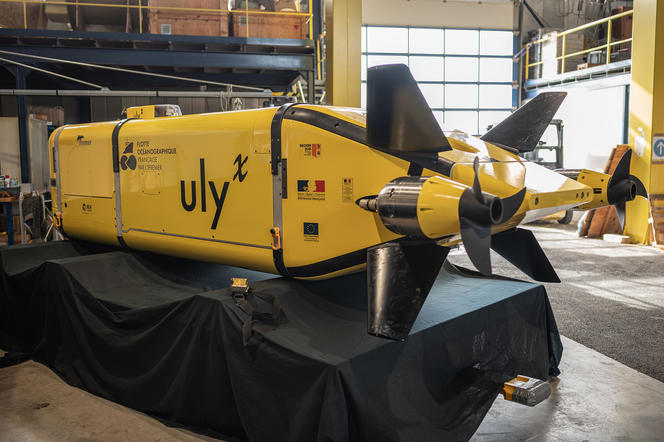 The latest Ifremer underwater vehicle is able to take pictures of the barrels at depths exceeding 4,000 metres. 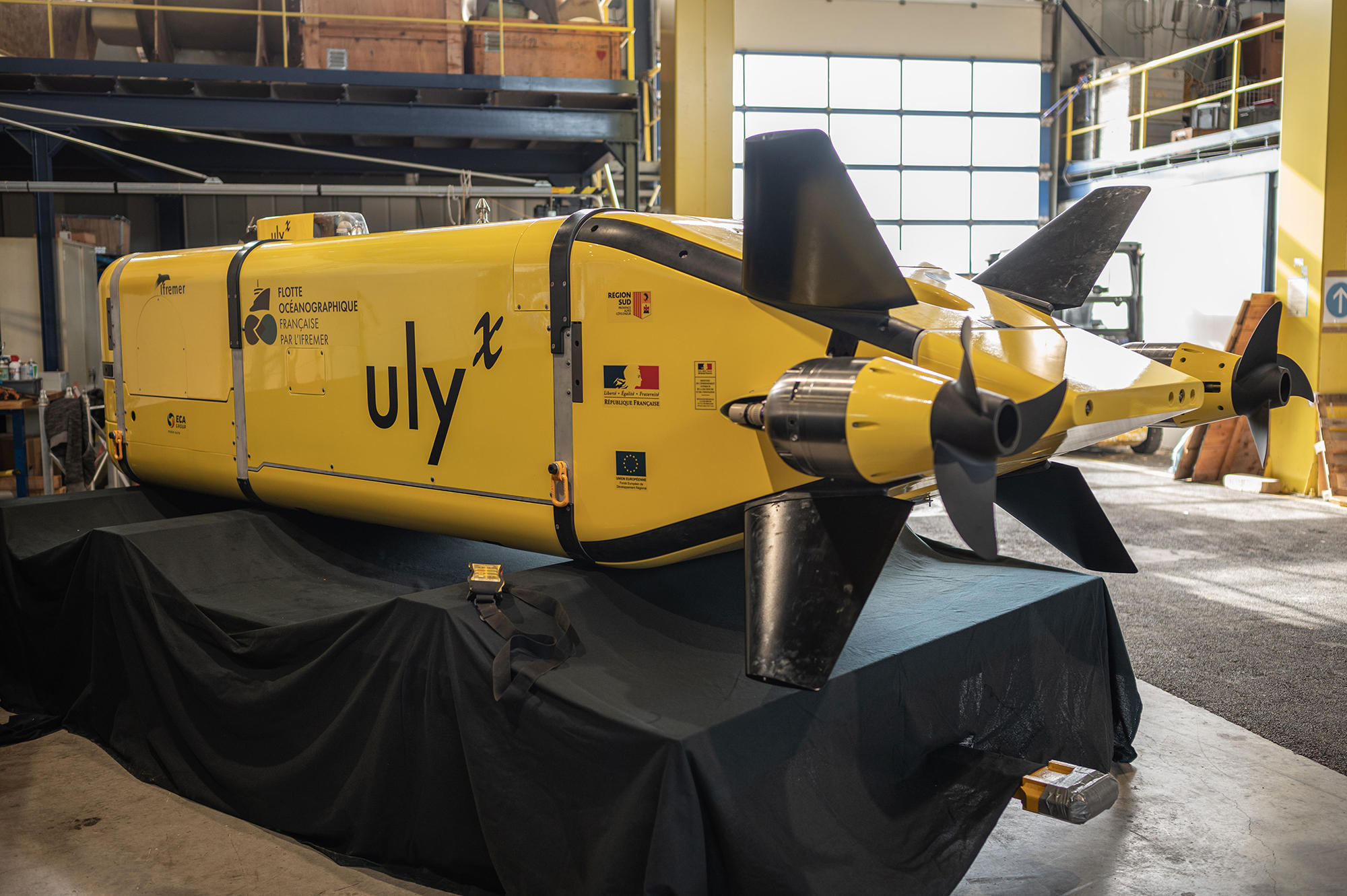 What will happen if scientists discover traces of radioactive leaks? “We will have a clear picture of the situation, enabling us to plan future monitoring,” adds Escartín.
As for Chardon, he hopes this knowledge will “guide companies in their choice of future energy sources and how they will use them”.

See author's bio
The gilthead bream faced with climate changePrevious
Dragons, mammoths and giant wolves: what do the animals in “Game of Thrones” tell us?Next