The 2019 fire season has been one of the worst in Australia's history, with at least 15 people killed, hundreds of homes destroyed and millions of acres burned.
Matthew Abbott / The New York Times / Redux-RÉA
Share
Share
Climate change has done more damage than expected, but options still exist for moving forward, explains the CNRS biologist Camille Parmesan, who helped draft the “Impacts, Adaptation and Vulnerability” report of the Intergovernmental Panel on Climate Change (IPCC) Working Group II, released this week.

The Intergovernmental Panel on Climate Change (IPCC), a UN body with 195 Member States, is releasing its sixth round of Assessment Reports (AR6) on existing knowledge about climate change. What is new about the 2022 report by Working Group II (WG2)?
Camille Parmesan: WG2 looks at the observed and future impacts of climate change, and assesses the vulnerabilities of peoples and natural systems.1 The new element about this report is that the governments requested solutions from us. As the IPCC is not supposed to be policy-prescriptive, we met the request by providing a set of different options along with their feasibility, pluses and minuses.

What exactly does AR6-WG2 indicate about the state of the planet?
C. P.: We highlight the connections between human wellbeing and health, and ecosystem health. One of the key pillars for reaching the UN Sustainable Development Goals2 is to get our natural systems into better health, and also ensure that human development takes place in harmony with natural systems instead of destroying them. This is really a major point of the entire report.3

Another key message is that we’re observing changes in natural systems that are greater than expected from the warming we've experienced so far. Global warming now reaches 1.09°C above pre-industrial levels,4 and we’re already seeing it drive species to extinction – which can be directly connected to climate change. Another new connection that can be established is that diseases affecting both wildlife and humans are moving into new areas. We have a lot more literature on this since the last report in 2014, and we’re observing changes that far exceed what we expected 10 or 20 years ago.

We’re also seeing loss and degradation of the most sensitive species and systems around the world, especially polar and mountaintop systems but also - and this was not anticipated 10 years ago - tropical ones. Even though these are warm-adapted, they’re  more susceptible to climate change than some temperate systems as the climatic tolerances of tropical species are much lower than those of many species in higher latitudes. Many forests in tropical, temperate and boreal zones are suffering mass tree mortality due to increasing drought. Again, such sensitivity wasn’t well known before we started to see these massive tree die-offs. In boreal and temperate regions, trees that don't die from drought become more vulnerable to forest pests, and the combination of increased pest outbreaks and droughts facilitates wildfires. There is now strong evidence that some of the observed increases in these fires are attributable to climate change.  Individual heatwave events have become so much hotter that wildlife is beginning to suffer. Hundreds of animal species are suffering mass mortality events due to heatwaves, for example fruit bats in Australia. Because impacts now are more severe than we originally expected, it’s becoming even more urgent that strong action be taken to limit future global warming. 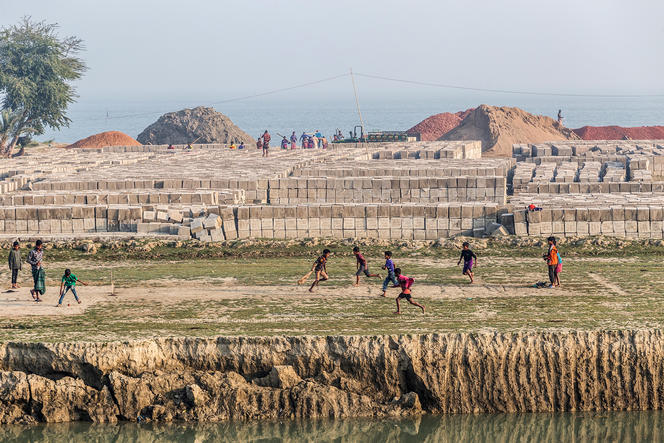 The Bangladeshi government is investing heavily in infrastructure to reinforce the shoreline on Manpura Island and other locations on the Bay of Bengal, which are deeply affected by soil erosion. The country is seen as one of the world’s most vulnerable countries to climate change. 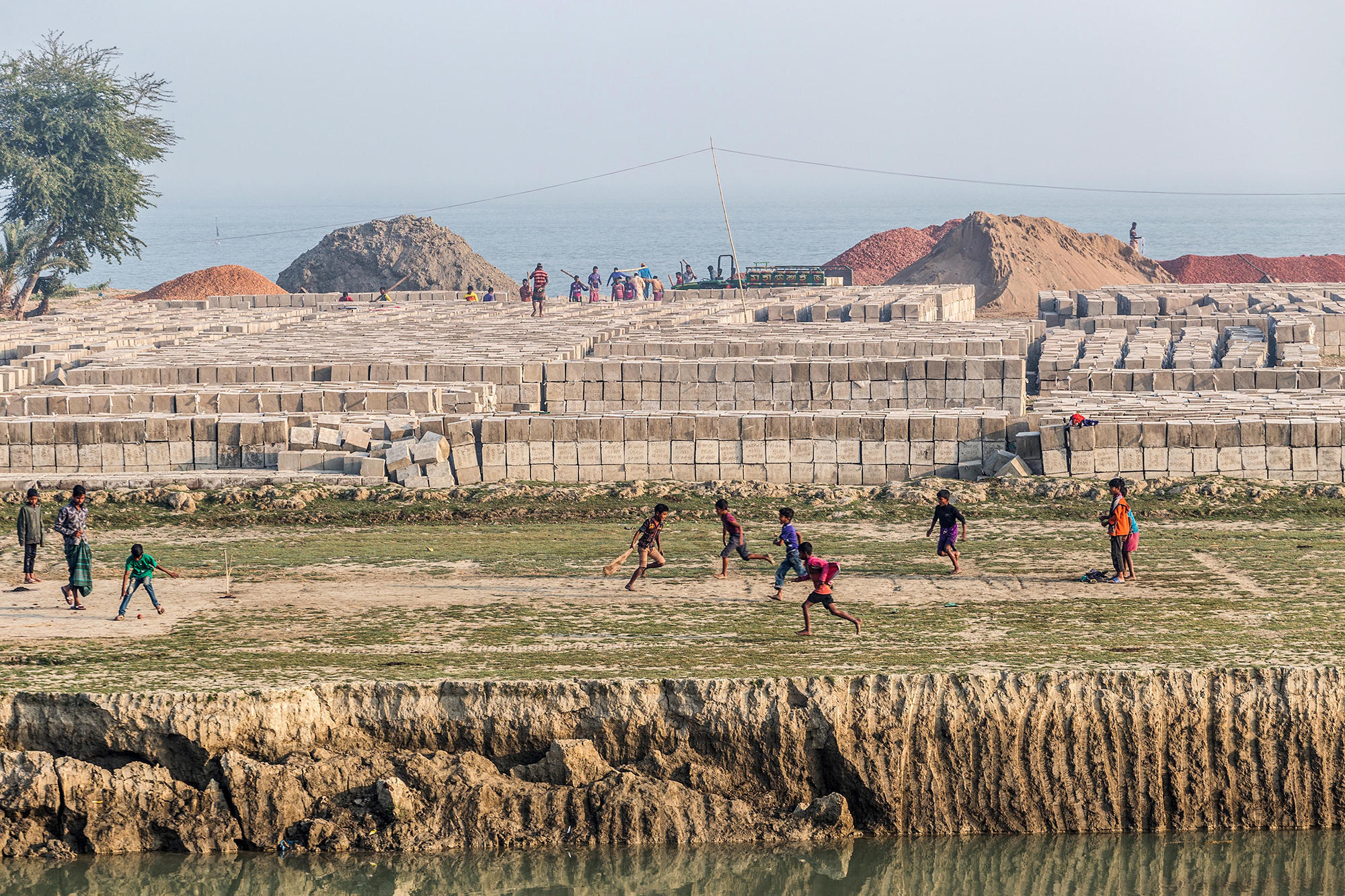 What sort of action can be taken?
C. P.: We provide strong evidence that the 2015 Paris Agreement’s target to limit warming to below 1.5°C is ideal, and that staying below 2°C is vital for some systems; beyond this threshold, damage and loss to human and natural systems will become severe. It’s important to note that every step to reduce the level of warming is a step forward. In particular, adaptation options can be taken to help reduce the impacts of projected climate change. Many of these are “nature-based solutions” that revolve around restoring and protecting natural systems to make them healthier and more resilient to climate change, which in turn secures the services they provide: food, water storage and quality, pest control, and of course carbon sinks to take up carbon that we release into the atmosphere.

Technological solutions can also be developed in the future. But restoring and protecting ecosystems is something we know how to do and can do straight away. Technological options on their own are not sufficient, and neither are nature-based ones. We’re at a stage where we really have to do everything possible to limit future global warming. Beyond getting natural ecosystems healthier, we also need to rethink our agricultural procedures to raise crops and animals in ways that emit fewer greenhouse gases. This involves drawing on agroecology, an umbrella term for different farming practices that use more diverse crop species, less fertiliser and other sustainable methods that can help us cope with climate change.

This isn’t so much about codependency with nature because humans depend on nature and not the other way around, but about the connections between healthy human systems and healthy natural systems. For example, forests and farms can be managed to have more natural predators or higher crop diversity in order to buffer against extreme climate events. One crop might be affected but another might be more resistant. In other words, total food production is more resilient when we resort to agroecological techniques that involve growing different crop species close to one another within landscapes that include natural systems where predators and pollinators can help those crops fare better and contribute to lowering the amounts of artificial pesticides needed. We’re trying to provide a pathway towards “climate-resilient development”, which brings all of these ideas together into a framework for developing a human society in better harmony with nature. While there are still options on the table for moving forward, these become scarcer as global warming increases. If we think of low-lying islands, many will be submerged no matter what we do because of the long time-lapse between carbon being released into the atmosphere and sea levels rising. The only option for some of these island populations is to migrate because no other options are left.

How has the IPCC evolved since your first involvement in 19975?
C. P.: The original IPCC was only made up of climate scientists. Then came “impact specialists”, mainly biologists and ecosystem ecologists, and gradually specialists in policy development, urban planning, feasibility, etc. It’s a much more diverse body now, with experts in both the natural and social sciences, which has proved incredibly important for developing some of the climate-resilient options we’re trying to provide.

You are a laureate of the “Make Our Planet Great Again” initiative launched in 2017 to support US scientists relocating to France after the US pulled out of the Paris Agreement. Is our planet becoming great again?
C. P.: It’s becoming better! The public today is quite knowledgeable about climate change. Policy-makers generally accept that action is needed. But whether such action is actually taken becomes very political – that’s the difficult part. Yet seeing the world come together to agree that this is one of the most important issues we have ever faced is a giant step forward. I believe – and the evidence is there – that we can still do something about it.

Article
Climate: a Half-Degree that Could Change Everything