Home / Opinions / Water management: should we be “environmental plumbers”?

Water management: should we be “environmental plumbers”?

Home / Opinions / Water management: should we be “environmental plumbers”?

Water management: should we be “environmental plumbers”?

Faced with growing disruption to the water cycle, leading to severe flooding and drought together with increasing water pollution, humans are struggling to adapt. But are ever-greater water storage and control of river flows really the right solutions? Hydroclimatologist Florence Habets shared her views with CNRS News.

Water is fundamental to the very existence of life. But that's not the only reason why it is so important. Water is also home to living organisms, many of which – such as fish, amphibians and crustaceans – are unfortunately under threat. In addition, it regulates the climate, both in space and over time, due to its role in evapotranspiration and condensation processes, and to the ease with which it is transported by atmospheric currents. Water is also a powerful chemical agent that dilutes and distributes geochemical flows, in much the same way as blood supplies our cells with nutrients. It is a means of transportation used by humans since ancient times, in addition to providing energy through hydroelectricity. Last but not least, it is a source of pleasure for all those who like to swim, or walk along its shores.

The water cycle and climate change

Although we mainly use fresh water, which is easily accessible, and preferably not too polluted, this resource accounts for only a tiny fraction of the world's total water (<0.1%), most of which is either salty or locked up in the form of glaciers or very deep groundwater. In fact, available resources can be defined as the proportion of precipitation that falls on land without evaporating, in other words, a mere one third of France's total rainfall.

However, this evapotranspiration/transport/precipitation process is being strongly disrupted by climate change, the most striking impacts of which are also associated with the water cycle: torrential rains (e.g. the rain bombs that recently hit Australia), flooding, and increasingly long and severe droughts. These apparently contradictory phenomena actually have the same physical origin: by consuming fossil energy, humans have raised the concentrations of greenhouse gases in the atmosphere, increasing the planet's energy and hence its temperature. 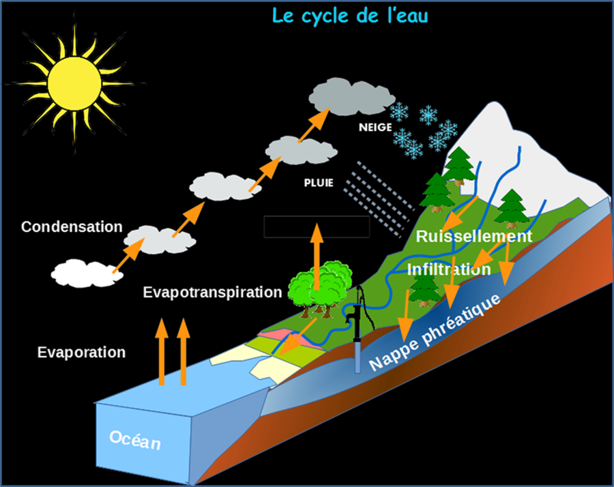 The water cycle. Liquid water, especially from the oceans, evaporates into the atmosphere, condenses as clouds, and then falls as rain or snow. On land, it can be stored as snow and ice, and as groundwater after percolating through the soil into aquifers, before running off the surface into rivers, where it is evapotranspired by vegetation. 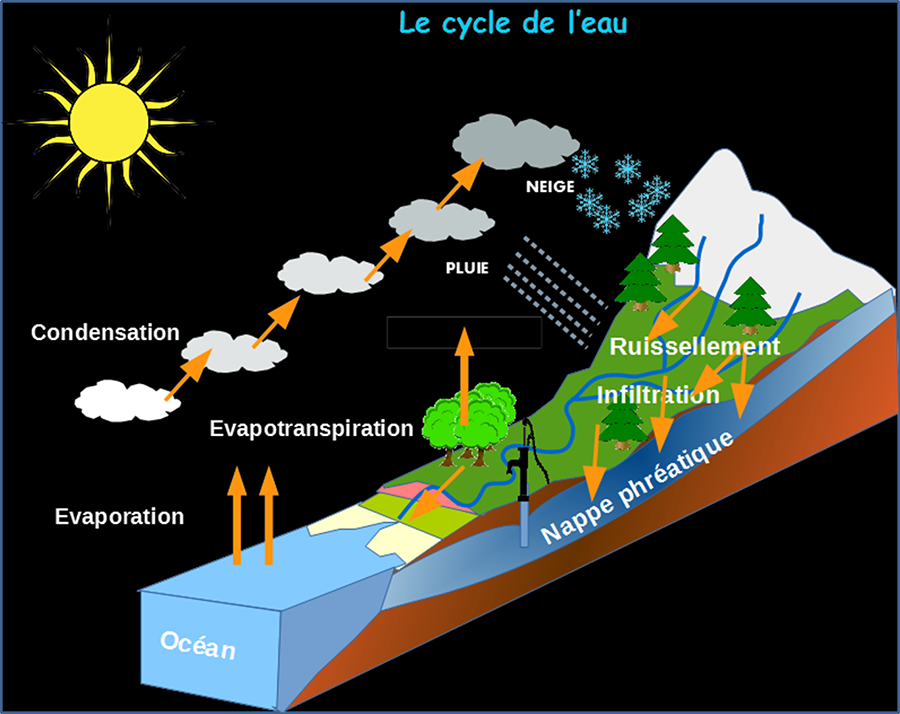 The water cycle. Liquid water, especially from the oceans, evaporates into the atmosphere, condenses as clouds, and then falls as rain or snow. On land, it can be stored as snow and ice, and as groundwater after percolating through the soil into aquifers, before running off the surface into rivers, where it is evapotranspired by vegetation.
Florence Habets
Florence Habets
Share
Share

However, temperature and air humidity are closely related: air that is 1° C warmer can hold 7% more water vapour. This is why, as temperatures rise, more water can fall during heavy rain. Over land, however, which is warmer and covered with less water than the oceans, this balance between humidity and temperature can be difficult to achieve. This leads to greater evaporative demand, rather as if the atmosphere were sucking more water out of the soil and lakes, drying them out more quickly and bringing about longer periods without rain, or even droughts. Heavier rainfall increases the risk of pluvial (rain-related) flooding, which affects not only people living near rivers, but everyone else as well. As shown by the dramatic events of July 2021 in Germany, such floods are accompanied by severe erosion, resulting in the loss of the areas with the most fertile soil as well as in increased risks of pollution.

Contamination is another major hazard: pollutants build up in soils and below ground, ending up in the water and air, and conversely. In France, for instance, 25% of drinking water catchments have been closed over the last 40 years, mainly due to nitrates and pesticides. Over tens of years, all these substances accumulate, making the problem worse. The large amount of chemical compounds found in water makes it hard to control its quality: although more than 650 pesticides are present in water, only 15 are used to characterise pesticide pollution in the European Water Framework Directive.1 And yet we now know that they are one of the main causes of biodiversity loss and that they affect human health (as shown by the iconic example of chlordecone in the French West Indies). 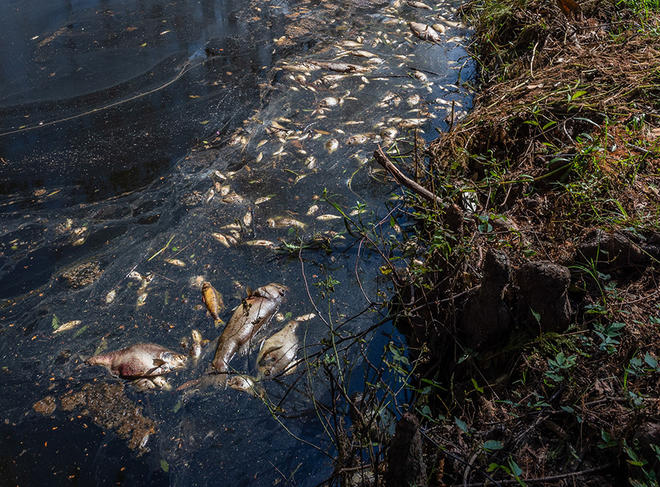 Fish kill in a watercourse in the United States. 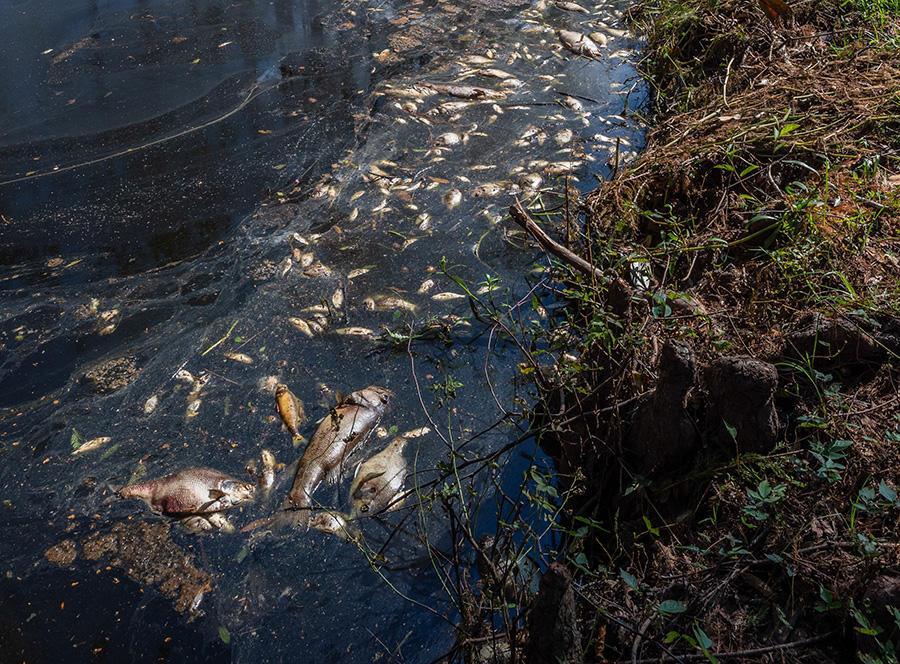 Humans have a major impact not only on the quality of water, but also on its quantity: for their various needs, they store the equivalent of 20% of the volume of water naturally present in soils, and divert, at least temporarily, half of river flows. Part of the water extracted (about 10% in France, but 50% worldwide) is consumed, meaning that it is not returned to the environment. It is essentially used for irrigation purposes and for industrial cooling using air-cooling towers. However, the development of human activities since the middle of the 20th century has overlooked some basic principles, including the existence of multi-decadal climate variability, which has significant consequences on water resources (on average, +/- 20% in France). As a result, processes developed during wet periods, such as some of the irrigation schemes implemented in France in the 1980s, may turn out to be less effective in dry periods.

Human activity is now proving to be a major cause of hydrological droughts. The iconic case of the Aral Sea demonstrates that a disruption (in this case, the diversion of the two rivers that flowed into it) can tip entire water systems towards aridity. However, due to the complexity of the interactions between water, soils, vegetation and the atmosphere, it can be difficult to identify the tipping point or even be certain it hasn't been passed. A human dies if they lose more than 15% of their water: but what is the threshold for the environment? 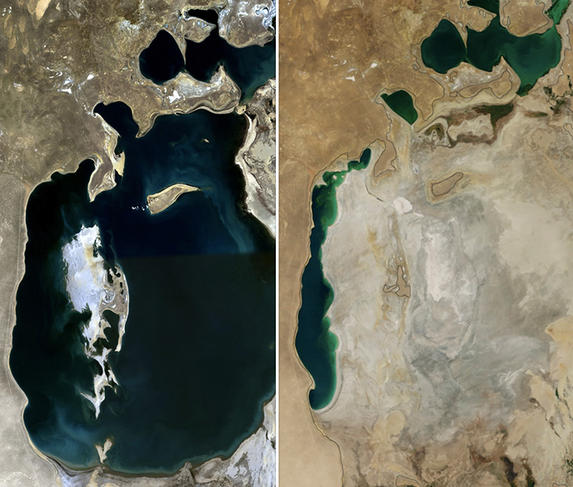 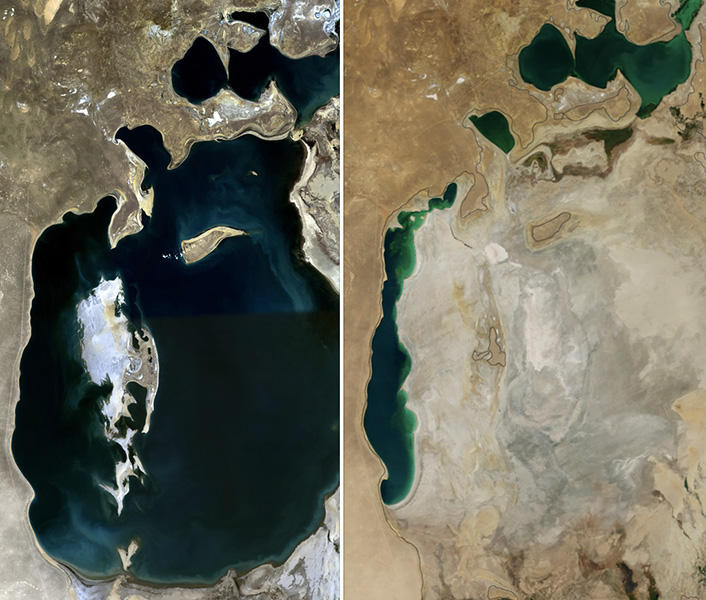 Unfortunately, when it comes to adaptation, the most common way of fighting water shortages is to attempt to store more and more of it, privatising, as it were, this common resource. This is a vicious circle only too well known to scientists: storing water leads to increased use and dependence on it, which amplifies impacts during droughts, and encourages the creation of new storage facilities. We have now got to the point where we treat rivers like pipes, attempting to control minimum and maximum flows in order to maintain consumption, and connecting and disconnecting channels and retention basins, as if we were some kind of environmental Super Mario Bros!

There is therefore a significant risk of maladaptation. The reason scientists advocate “no-regrets” measures (i.e. that are cost-effective and useful in themselves, regardless of the extent of warming) and nature-based solutions, is that they know that we must learn from nature's ability to adapt, even if it is over long time periods. The most successful long-term effort we can undertake is to bring about a systemic shift in our practices that offsets negative effects on the environment, especially pollution and the destruction of living organisms.

The views, opinions and analyses published in this column are the sole responsibility of their author(s). In no way do they represent the position of the CNRS. 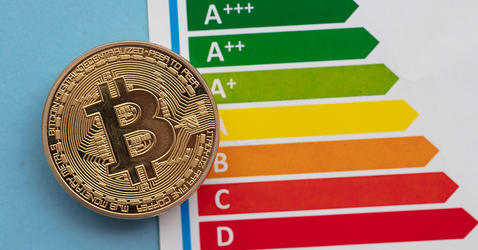