Should Uggie, the dog in The Artist, have received an Oscar for his performance alongside Jean Dujardin?
C. DELMAS/VISUAL PRESS AGENCY
Share
Share
Do guide dogs, sheep dogs and circus animals actually work? They do, say the researchers of the COW project, for these animals use their intelligence and sensitivity to perform tasks that require much more than simple conditioning.

Does Uggie, the Jack Russel terrier who almost stole the show from Jean Dujardin in the film The Artist, deserve an Oscar? The acting profession decided that he didn’t, on the grounds that the notion of acting performance could only apply to a human actor. Yet the question is perfectly legitimate. Over the last ten years, it has even been the subject of a new field of research. In France, the COW project, led by Jocelyne Porcher, a sociologist at the INRA’s innovation laboratory and former breeder, brings together sociologists, ethnologists and linguists, while human-animal studies are beginning to emerge in the English-speaking world. "Until now, this was uncharted territory," explains Sébastien Mouret, another sociologist in the same laboratory. "Work was specific to humans and therefore did not include animals in their own right; at best, they were considered as a means to accomplish a task."

This subject, at the interface of the natural and social sciences, had not been investigated by either discipline. "The social sciences did not take an interest in it because animals were considered to belong to the natural sciences, while the latter only studied animals and their behavior in their natural environment," says Porcher. Who then did that leave to study the tasks carried out by the millions of working animals across the planet?

Looking at the relationship between humans and animals across a broad spectrum of working environments, researchers began to examine the question of animals' work as such. "The vocabulary speaks for itself," Porcher points out. "Managers of intensive pig rearing farms refer to their hundreds of breeding sows as 'workers' …" Guide dogs and army dogs go through 'recruitment', 'training', and even 'retirement.' But the real issue is how to define work and whether this definition applies to the tasks carried out by animals. 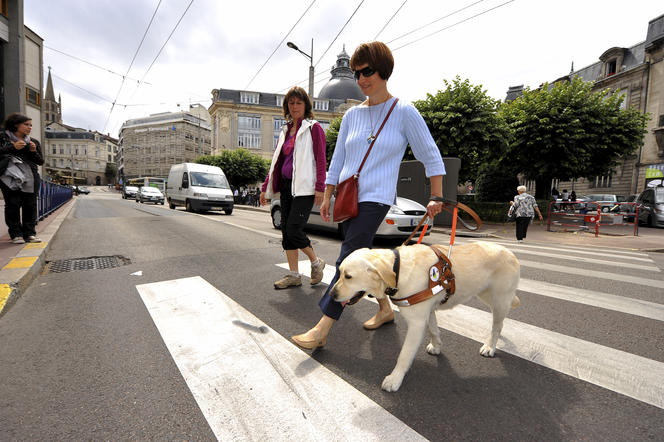 Guide dogs have to use what they have learned to face a many different situations. 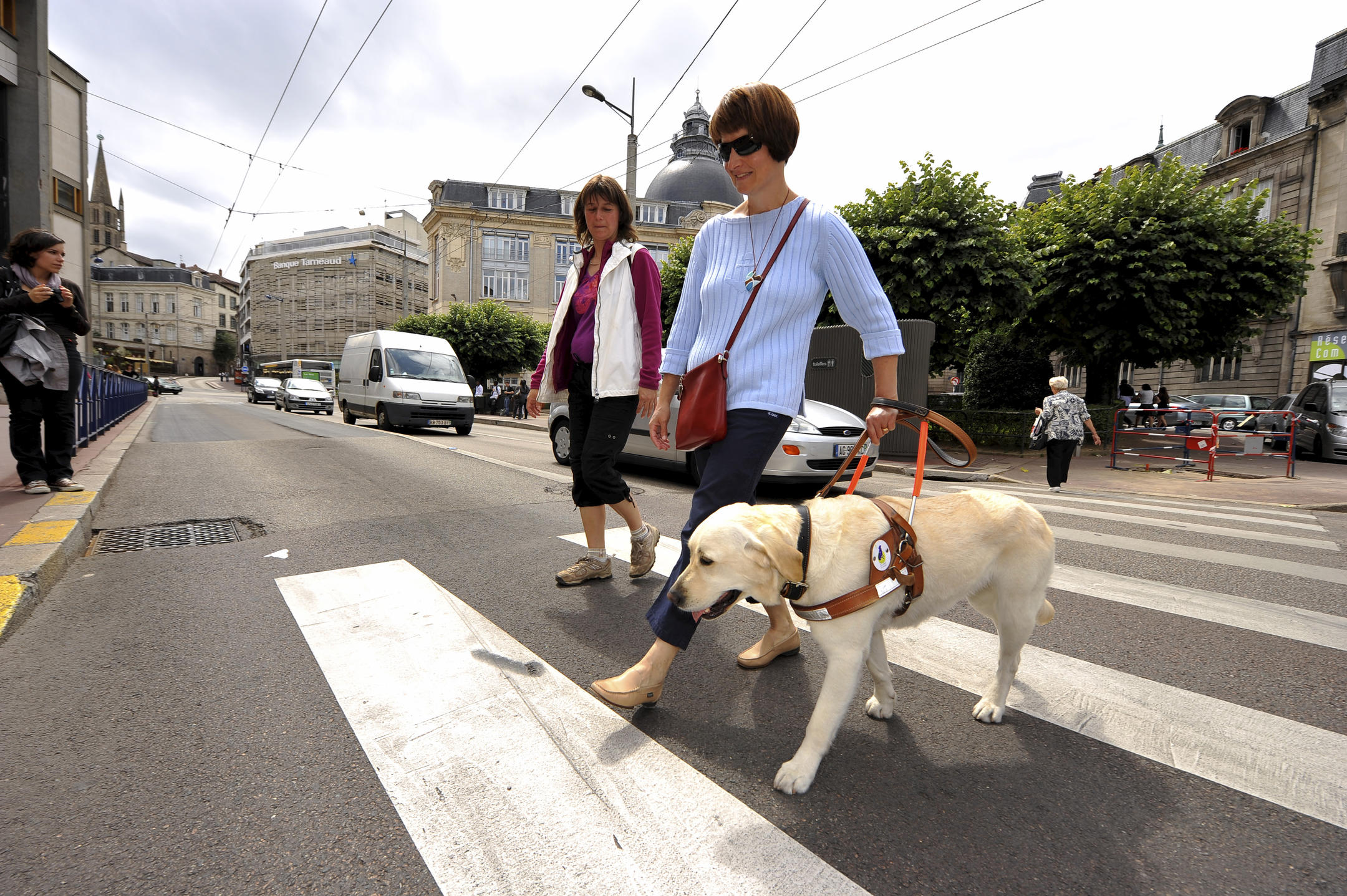 "In the social sciences, work is the use that individuals make of their subjectivity—intelligence, sensitivity and everything they themselves contribute—to complete their assignments," says Mouret. Work therefore is not only about obeying orders: there must be genuine collaboration. Researchers' observations in recent years clearly show that the duties carried out by animals are not solely the result of conditioning or exercise of authority. "This is quite obvious with guide dogs, which have to put to use what they have learnt in order to deal with a multitude of situations. Making their way through a crowd, for example, or signaling the presence of an object are not automatic," explains Mouret. "Each situation is unique and requires true practical intelligence, sometimes against the wishes of the blind person themselves!"

Elephant keepers give their animals a great deal of autonomy to perform their duties in their own way.

The case of elephants that carry logs in the forests of northeast India speaks for itself. "Elephant keepers give their animals a great deal of autonomy to perform their duties at their own speed and, above all, in their own way," says Nicolas Lainé, ethnologist at the Laboratoire d’anthropologie sociale1 at the Collège de France, who has observed these "collaborations" over long periods of time. "The elephant drags the logs through several kilometers of forest with no driver on its back. Then, during loading, the animal chooses the order in which to put the trunks on the trailer, without receiving instructions from the handler,” says the researcher, who is always impressed with the elephants' precision in lining up the logs like matches in a box.

More surprising still is the fact that the animals were not trained for this task, but 'shown the ropes' by other working elephants. "The years spent in the village following their capture socialize and integrate them into the human community. Only once they reach adulthood and accompany other adult elephants to the forest do they start learning by imitation," points out the researcher.

While animals know how to follow the rules for carrying out the duties required of them, they are capable of innovation and even transgression. This is the case of Syndha, an elephant at the Grüss circus and one of the subjects of a long-term research project. During rehearsals, she performs flawlessly, but in front of the public, she sometimes improvises… "It’s as though she knows that her keeper cannot say anything and has to adapt," comments Porcher. 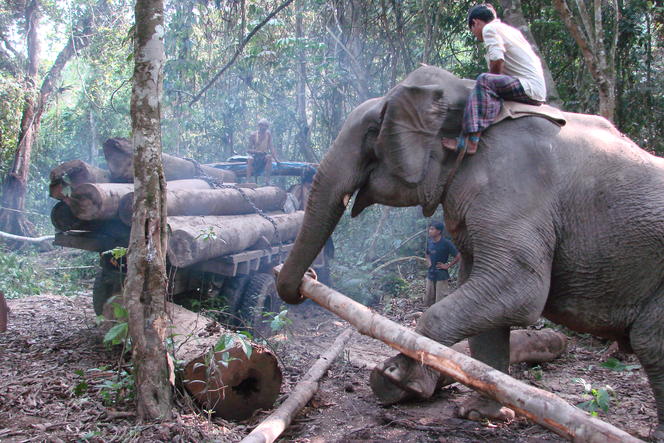 Log hauling work in northeast India. According to the researchers, an animal’s real motivation comes from its affection for the person it works with. 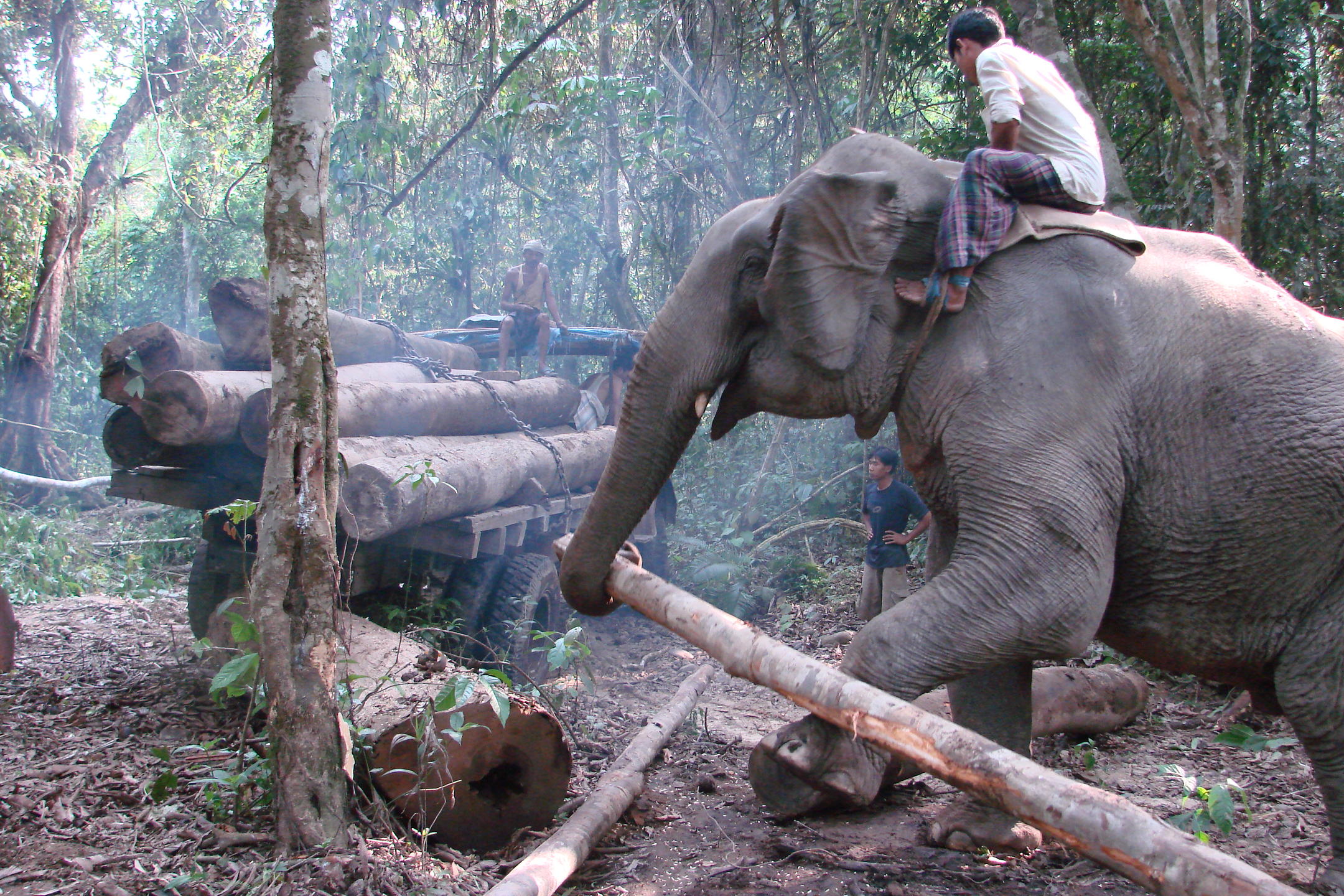 Log hauling work in northeast India. According to the researchers, an animal’s real motivation comes from its affection for the person it works with.
N. LAINE
N. LAINE
Share
Share

Another key element of animal work is motivation. While humans gain satisfaction from the complexity of a task they’ve completed or the position it gives them in society, "the real driver for animals is their affection for the person they work for," researchers agree. "For some of them, this bond is so strong that they can only work with a particular person," says Mouret. "This is notably the case with guide dogs for the blind."

Closely linked to motivation, the gratitude shown to an animal is also crucial and goes beyond a simple food reward. "What matters to the animal is who gives the reward and how they do so," notes Mouret. "In Laos, the elephants are brought back to the village after five days of work in the forest so that they do not exhaust themselves. When they get home, the villagers perform a 'baci,' a ceremony to thank them for their help and restore the vital forces that ensure their wellbeing,” says Nicolas Lainé.

What rights for these animals?

Still emerging, the issue of animal work has yet to be fully investigated by researchers—and will certainly give rise to heated debates. It already presents important challenges for our society as it is impossible to consider animal work without first taking the status and rights of animals into consideration. “If there is such a thing as working hours, then animals must also have leisure time,” Porcher believes. It is already the case for some of them: guide dogs have regular breaks, during which their "work gear" is removed, and they take a well-deserved retirement in a new family at the end of their career. The situation though is quite different in wildlife parks such as Seaworld or in the film industry, stricken by crisis and subjected to an increasingly rigorous schedule. “Animals often work beyond exhaustion,” point out the researchers, who make a parallel between animal and human stress in the workplace, which very often go together. Not to mention the working conditions of animals in industrial sectors.

“Exploring the issue of animal work is a good way to rethink the status of animals in our society,” says Porcher. "It also helps counter the arguments of groups pushing for their complete disappearance—pets included—from society, on the grounds that they are exploited by humans. Seeing animals as partners sheds new light on this issue.

See author's bio
A Year in AntarcticaPrevious
Biometrics: Identification in Action Next

Article
Pasteur beyond the legend
Sociology

Article
How Climatic Debt Chips Away at the Forests