From Father Models to Model Fathers

From Father Models to Model Fathers

Frank Cézilly
In nature, females are generally more involved in parental care than males, but this situation is far from universal. Biologist Frank Cézilly shares the findings of a recent survey on paternal instinct.

Whether slow or fast, the evolutions of human society nearly always exacerbate the conflict between “conservatives” and “progressives.” This is especially true when the structure of the family is affected, as shown in recent years. On either side of a debate that is much more often venomous than civil, each camp insists that its concept of the family should be adopted as the norm. Some go so far as to put forward a so-called natural order to support their point of view. But what exactly is this “order” according to which we are supposed to consider the family in the same way as previous generations did? Who decides and on what grounds? And what role can science play in the matter?

The males of many species care for their offspring

Perhaps the scientist’s role is simply to give the general public an insight into the diversity of nature, which cannot be reduced to a list of species or a huge bank of DNA sequences. Animal life also (and perhaps most importantly) encompasses the wide range of behaviors of different species and the variety of their social organizations. This is what I tried to do by proposing a sort of natural history of fathers in my recent book De Mâle en Père (“From Male To Father”). This investigation of paternal instinct stems from the observation that, for many people, lesser involvement of fathers in parental care seemed normal in humans, as though it was dictated by our genes, and shared with the vast majority of other species. In short, males are presumed to be, by nature, zealous progenitors but mediocre parents. Yet is this actually true? Are females the main providers of parental care in a world where male contribution is only accessory, or even accidental? A careful examination of various animal species quickly shows that this is not the case.

This idea that males are naturally less inclined to dispense care is based on some kind of anthropocentrism that prompts us to lend disproportionate importance to mammals. In fact, this zoological group is not necessarily representative of the range of social systems that can be observed in nature. It should be emphasized at this point that a number of animal species do not nurture their offspring at all. This is the case of most invertebrates. It is also true that where parental care exists, whether in invertebrates or vertebrates, females are generally more involved than males. But behaviors vary widely from one species to another. And for a sizeable number of them, like Neanthes acuminata, a species of marine worms, the young receive care only from their father as females lay eggs by dehiscence, which causes their death. 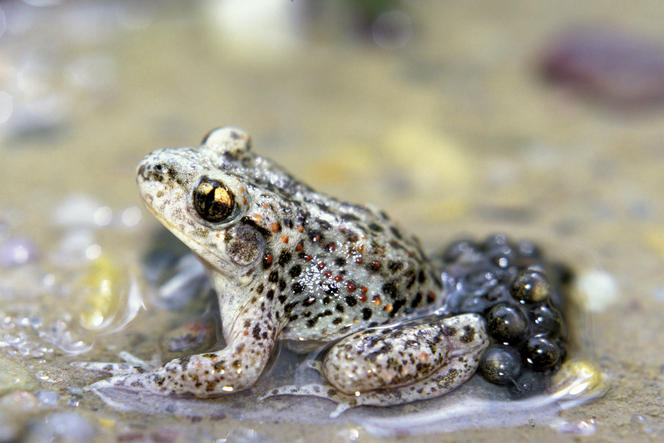 The male midwife toad carries the eggs after wrapping them around its hind legs. 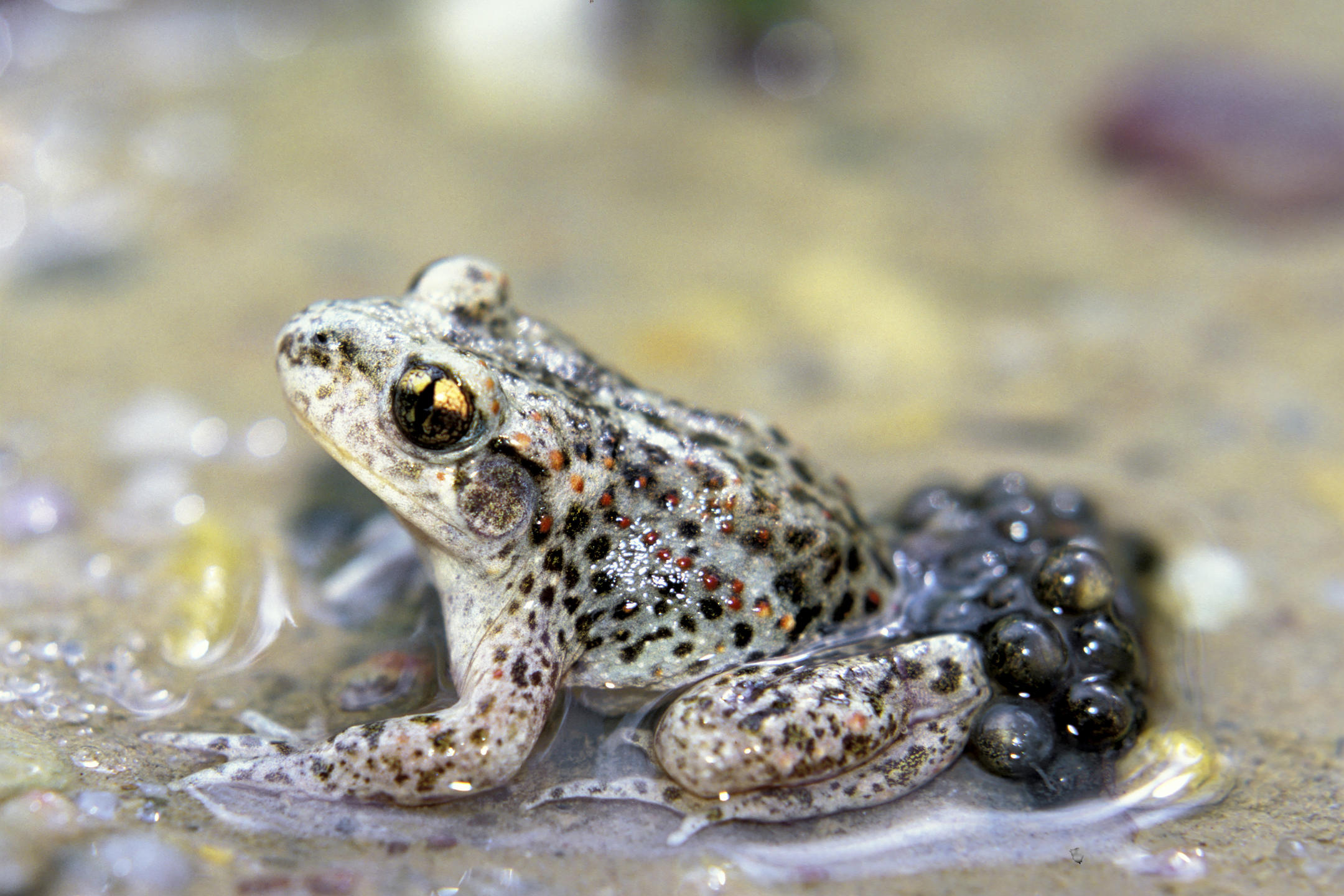 Tending the eggs: a father's mission for many vertebrates

In various species of vertebrates, the males take active, unassisted care of the eggs that they have fertilized. Among the small perch of the Etheostoma genus, native to North America, they are in charge of protecting the spawn. Another example: the males of the aptly-named midwife toads of the Alytes genus wrap the strings of eggs laid by the females around their hind legs and carry them for several days, making sure to keep them moist, which is crucial for their survival. Although the situation is completely different for the Mexican jacana, Jacana spinosa, the role of the fathers is just as essential. In this species of polyandrous wading bird, the females are territorial. They fight fiercely over the possession of harems of males with which they reproduce sequentially. There again, it is the males that provide parental care, building the nest, incubating the eggs and transporting the chicks if necessary to keep them out of danger. 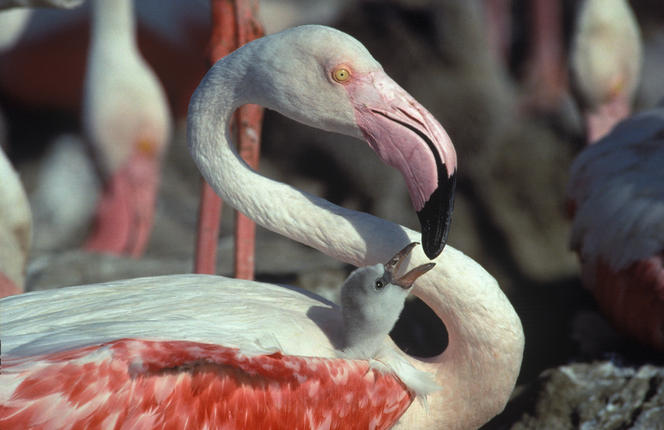 Pink flamingo chicks are fed with crop milk secreted by both their mother and their father. 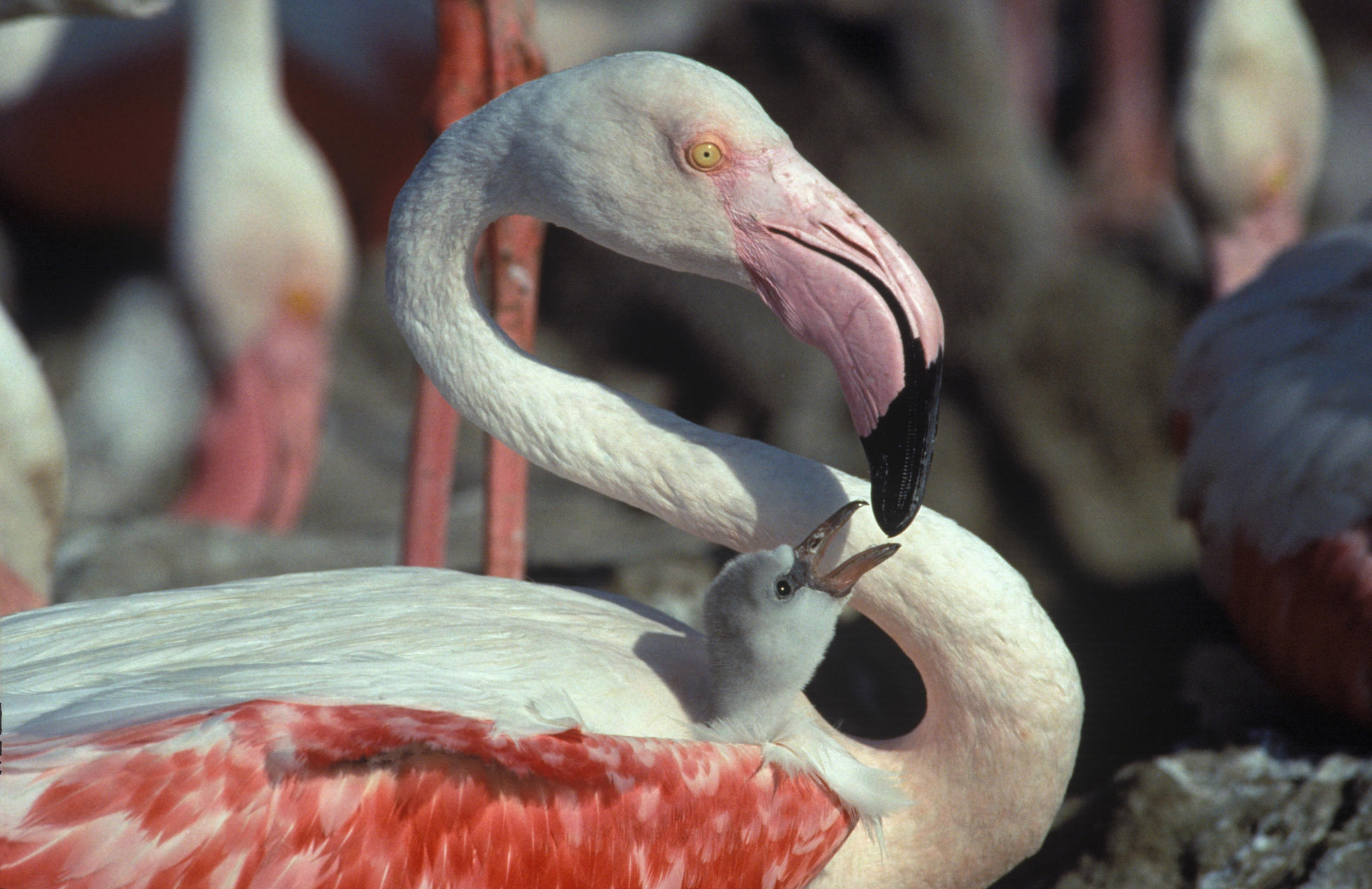 In most bird species though, both parents care for the young, with the males playing a role similar to or greater than that of the females. In the case of the pink flamingo, Phoenicopterus roseus, while both males and females share the task of incubation equally, the fathers—being bigger—seem better able to meet the ever-growing energy needs of the larger chicks. Generally speaking, for most species of monogamous birds, male nurturing is essential to successful reproduction. This is also true for certain mammals, although within this group only about 10% of the species engage in paternal care. One telling example is the aardwolf, Proteles cristatus. A relative of the hyenas, it resembles them in appearance but has a distinctly different diet: instead of carrion, the aardwolf menu features enormous quantities of termites—a prey that requires long hours spent “hunting and gathering” every day. During lactation, the females have no choice but to abandon their young for hours at a time in order to find food and produce enough milk for the whole litter. While their mates are away, the males stay with the cubs, caring for them and protecting them from predators.

Among the primates, while paternal care is absent in the species most closely related to humans, like chimpanzees (the Pan genus), gorillas and orangutans (Pongo), it is common in several New World monkeys, like marmosets and tamarins (the Callitrichidae family). The caring role of the father is especially important in the Azara’s night monkey (Aotus azarae), whose young are in close contact with their mother solely during their first week of life. After that, they seek comfort and protection in their father’s arms, leaving him only to suckle their mother. 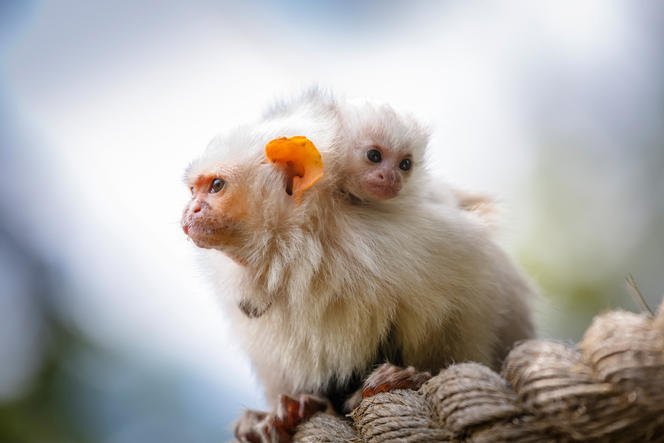 When they are not suckling their mother, baby silvery marmosets are carried by their father. 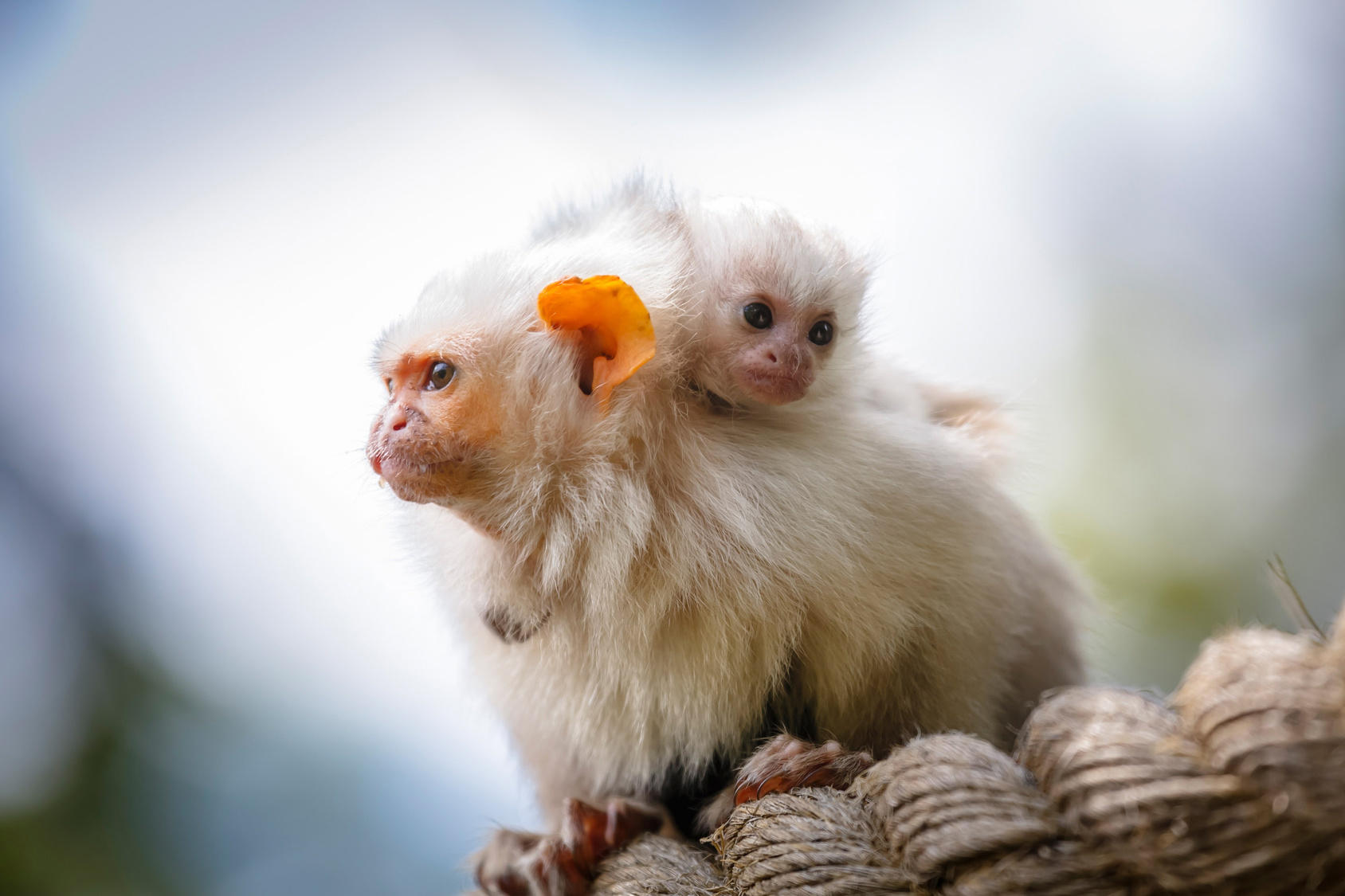 This brief overview of animal species shows that fathers' involvement in nurturing their young is often determined by social survival considerations, as illustrated by the aardwolves. Our best guide for seeking out paternal models in nature is therefore not phylogenetic proximity (our divergence from the chimpanzees dates back more than 6 million years, which is long enough for our parental behavior to be differentiated from theirs), but rather similarity of social constraints. Seen in this light, the analysis of traditional societies, which I discuss in my book, is of particular interest. Indeed, it reveals how modes of subsistence influence parental behavior—up to and including Western societies, in which fathers’ involvement in childcare is inseparable from the status of women and the prevailing economic conditions. This is an intelligent way to find natural models for cultural behavior, without forcing the latter to conform to the former. 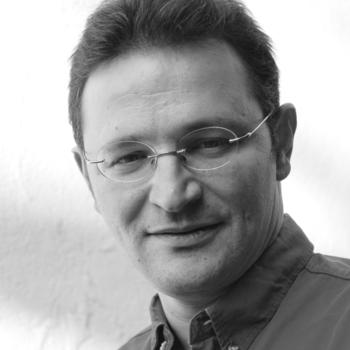 A professor at the Université de Bourgogne, Frank Cézilly is a biologist at the Biogéosciences laboratory...