Why Society Cannot Be Modeled

Why Society Cannot Be Modeled

Alphaspirit/AdobeStock.com
Share
Share
Can social phenomena be described by mathematical laws? In his recent book, the physicist Pablo Jensen warns against the temptation of modeling everything, which—following our increasing reliance on big data and algorithms—seems to increasingly push us to understand our society only through equations. Interview.

Why society cannot be modeled:1  for a physicist working on modeling society and human behavior, wouldn’t you say that the title of your new book—even loosely translated in English—is slightly provocative?
Pablo Jensen:2 You’re right, and this title is possibly also a little reductionist. But after 15 years spent using the tools of theoretical physics to study social phenomena, the title perfectly conveys my desire to draw a critical assessment of this type of exercise, whose aim is to portray society in figures. Indeed we are surrounded by indicators (GDP, consumer confidence index, school rankings, and so on) that are thought to form a basis for objective decisions based on the fact that figures simply don’t lie. But the truth is far more complex. Furthermore, in an area in which the political consequences are enormous, I felt it was important to share these reflections with the largest possible audience, which is why I decided to write the book in the first place.

The idea of modeling society using equations and formulas is based on the notion that the social sphere, like nature, is governed by laws. So by taking mathematical models and computer simulations designed for the natural sciences, we could discover them in the same way that physicists have found the laws that govern the behavior of everything from atoms to planets?
P. J.: Yes indeed. Although for my part, I’m opposed to this classical but naive vision of the discovery of the supposed laws of nature. It completely neglects the complex process of transformation at the end of which nature, forcibly confined within the four walls of the laboratory, allows itself to be observed and characterized using the conceptual tools and techniques of science. I like the metaphor of the tiger, which, once it has been tamed in a circus, is clearly still a tiger, but it is no longer a wild animal. A great deal of perseverance enables us to teach the tiger a repertoire of reproducible leaps, but which are worlds apart from those made by tigers in their natural environment. From this point of view, science only discovers the laws of nature by profoundly transforming the latter. Regarding the social sciences, the main question is to determine the meaning of transforming human beings, or of taming them, in order to make social equations possible. 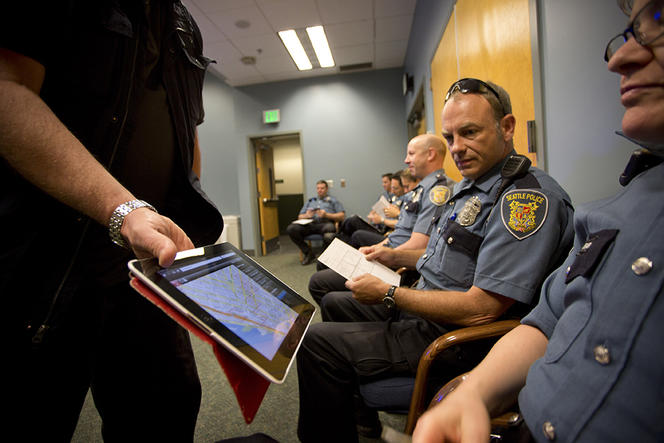 In some US cities (here in Seattle), police patrol deployment uses PredPol, a prediction software based on big data. 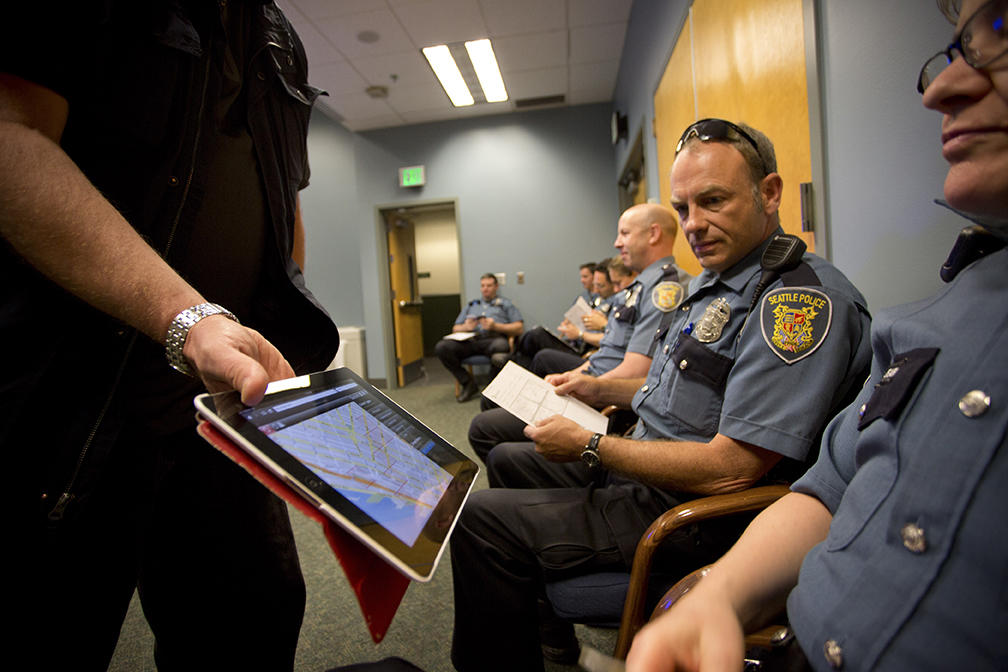 So you are fundamentally critical of the many models that describe and predict our social and economic behavior.
P. J.: Absolutely. Let’s look at the models used by economists to predict growth, for example. Retrospective analysis has shown that such models are barely more reliable than the most trivial prediction: growth for next year will be… the exact same as that of this past year! We should also note this recent study published in Science3 that compared the predictions of recidivism by complex algorithms and human operators, based on the same data.(1)  Results showed that algorithms performed no better than human intuition, which itself is scarcely more accurate than chance!

Does this have to do with computational power?
P. J.: No, it is more than that. A number of studies using artificial intelligence software and big data have shown that it is almost impossible to predict the success of a particular tweet, or the results of an election. At the very most, a well-designed algorithm may recommend the purchase of a particular item for a web user, but as soon as we try to go beyond trivial predictions, we see that this is simply unfeasible.

What are the fundamental reasons behind this observation?
P. J.: In the natural sciences, the robustness of models rests upon the existence of stable relationships. In chemistry, for instance, over and above the complexity of all possible reactions, the chemical nature of atoms remains the same. This results from a strong difference between the energy expended during a chemical reaction, which involves electrons, and the far greater energy needed to break atomic nuclei. We are talking about differences of scale. There are no such stable entities in the social sciences. In a nutshell, a person may do one thing one day and the opposite the next day. Why? Because there is no clear separation between our actions (our “electrons”) and what is deemed to characterize us deeply (our “nucleus”). Unlike atoms, we are made of who and what we meet. As philosopher Ortega y Gasset said: "Yo soy yo y mi circunstancia" ("I am I and my circumstance").

Are all attempts at modeling are doomed?
P. J.: That’s not what I’m saying. Let us take a famous example. In 1969, the economist Thomas Schelling wondered whether racial segregation resulted from the desire of individuals to live separately. In other words, do communities tend to live apart because people are racist? To answer this question, he imagined a very simple mathematical model in which each agent had a preference for living in a mixed environment. However, the dynamics of his model irrevocably led to segregation. Thus, the model shows that it is impossible to infer information about individual preferences based on their global behavior, which in itself is a conceptually important result—despite being a negative one. The main reason behind Schelling's paradox is linked to the fact that people decide whether to move or not without considering the consequences for others. To investigate further this point, we recently studied a modified Schelling model to answer the following question: what proportion of actors caring for  the general well-being, rather than on their own well-being, must be introduced in order to ensure that segregation disappears? Surprisingly, we showed that an extremely small proportion sufficces. Once again, we have a negative result that shows the fragility of Schelling’s model, on which certain authors relied before concluding hastily that segregation is an unavoidable outcome. 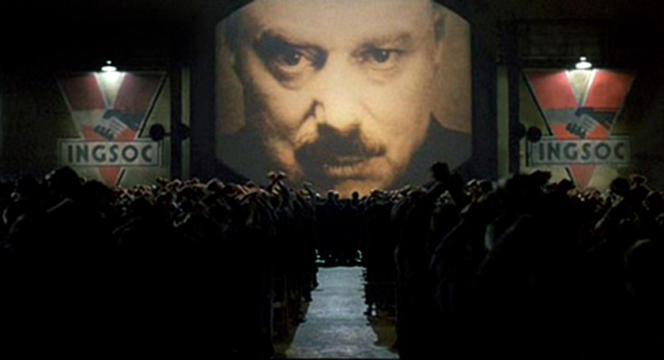 According to Pablo Jensen, human behavior could be predictable within a despotic political system, which rewards or punishes the behavior of its citizens, like George Orwell's "Big Brother" from the "1984" novel, which inspired Michael Radford's (1984) eponymous film. 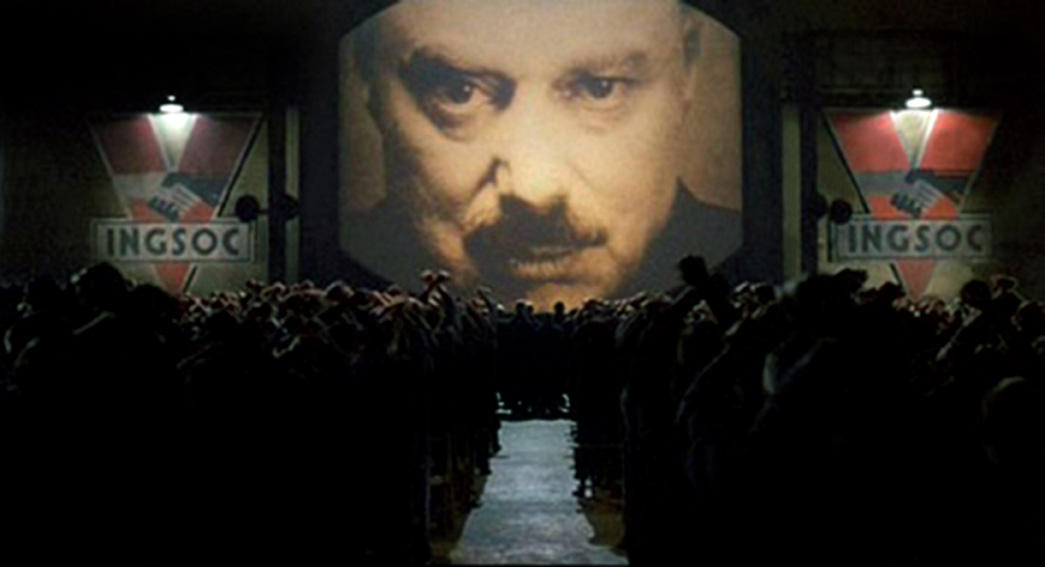 According to Pablo Jensen, human behavior could be predictable within a despotic political system, which rewards or punishes the behavior of its citizens, like George Orwell's "Big Brother" from the "1984" novel, which inspired Michael Radford's (1984) eponymous film.
Umbrella-Rosenblum Films Production/ COLLECTION CHRISTOPHEL
Umbrella-Rosenblum Films Production/ COLLECTION CHRISTOPHEL
Share
Share

What then in your opinion is a good usage of models in social sciences?
P. J.: It’s very important to remember that in the social sciences, even more than in the natural sciences, models don’t represent reality. Consequently, any prediction is risky. But when used intelligently, models offer unquestionable critical benefits and allow us to better apprehend reality. As for quantitative indicators, the most pertinent question is whether they are used to replace the whole evaluation process or rather to enrich it and help human discussions?

Your criticism therefore delves more into the use that is made of these models and indicators.
P. J.: Yes, if we consider for instance that GDP growth constitutes the be-all and end-all of economic policy, we reduce the real world so greatly that a certain number of outcomes can no longer be imagined. Conversely, when the French economist Thomas Piketty attempts to homogenize data to compare the way we live today with how we lived in the 19th century and concludes that we are moving steadily towards a society of annuitants, he manages to capture something interesting from the real world.

In your view, figures and indicators can even have a positive democratic effect?
P. J.: We often get the impression that multiplying figures and indicators is a way of ensuring that debate on a subject is reserved for experts. And this risk does in fact exist. But at the same time, it is interesting to note that  the introduction of indicators took place when society no longer had confidence in experts. If no figures are stated, experts can freely decide everything without the slightest fear of having their views challenged. From this perspective, by providing a partial but objective view of  the real world, indicators may guarantee greater transparency. The case of the proposed airport at Notre-Dame-des-Landes in France is illuminating (a project started in 1963 to build a new airport close to the city of Nantes which was abandoned in 2018, due to many reasons, including public outcry on environmental grounds). The consultancy firm that estimated the profit arising from the construction project at €900 million based its argument upon highly contestable data. The transparency of this estimation however allowed for a debate and a second expert opinion that contradicted it.

The question of modeling in social sciences is therefore not simply scientific but also eminently political?
P. J.: Clearly so.  To achieve a successful model,  it is interesting to refer to the “social credit” system currently being developed in China. It aims to track people and reward “good social behavior” while punishing bad behavior, using a points system with economic rewards and penalties. It seems clear that this system will format society, leading to better predictions. The point is: do we really want a society like this? We're back to the tiger metaphor. I’m not sure that I want to contribute to the taming of the human tiger, in any case, not without his consent.