Chemists in the GAVO project set out to tackle viruses

Chemists in the GAVO project set out to tackle viruses

Antibodies attacking viral particles of SARS-CoV-2 (artist’s impression).
Science Photo Library / Christoph Burgstedt
Share
Share
Because viruses can only replicate their genetic material by hijacking cell machinery, focusing on this crucial step may halt the infection. Scientists are collaborating within the GAVO project to synthesise molecules that could block the replication of RNA viruses such as Covid-19.

Although numerous vaccines have been proposed as a protection against Covid-19, we still lack appropriate medication to treat patients who have been contaminated. Like all viruses, SARS-CoV-2 is unable to self-replicate and thus needs to infect a host and hijack the cell machinery to its benefit. Infected cells can then start to produce new pathogens, to the detriment of their vital functions. While this mode of action is specific to viruses, it also represents a weak point that can be targeted by scientists: affecting this process can hamper, or even halt, the spread of viruses throughout the body.

“When a pathogen enters a cell, it discharges into it all the basic materials necessary to its replication,” explains Jacques Lebreton, professor at Université de Nantes and member of the CEISAM laboratory.1 “RNA viruses thus release segments of RNA which are then translated into proteins by ribosomes in the host cell.” These sequences are a succession of nucleotides, or molecules formed by the association of a sugar, phosphate and one of the four nitrogen bases specific to RNA, namely adenine, guanine, cytosine and uracil.

“To fight viruses, one can try to block the viral polymerase responsible for replicating the genetic material of the virus by incorporating a nucleoside analogue (association of a sugar and nitrogen base; Ed. note) into the viral RNA,” adds Lebreton. “If well chosen, the fake molecule will prevent the adherence of new nucleosides to the RNA strand, and thus stop replication of the virus. About half of drugs used to treat viral diseases are based on nucleoside derivatives.”

RNA viruses are involved in many diseases: Ebola, hepatitis C, poliomyelitis, dengue, chikungunya and Zika, as well as Covid-19. The use of nucleoside analogues is therefore one of the most promising leads for treatments that target SARS-CoV-2. However, to achieve greater efficacy, these molecules must be adapted to the characteristics of the virus, since each pathogen uses its own enzymes – RNA polymerases – to hijack the cell machinery. Although this is sometimes possible, it is not always sufficient to choose from molecules that are already known, even if they are effective against other pathologies. 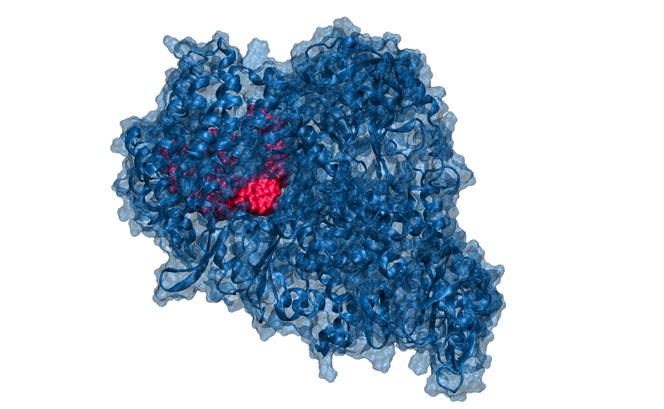 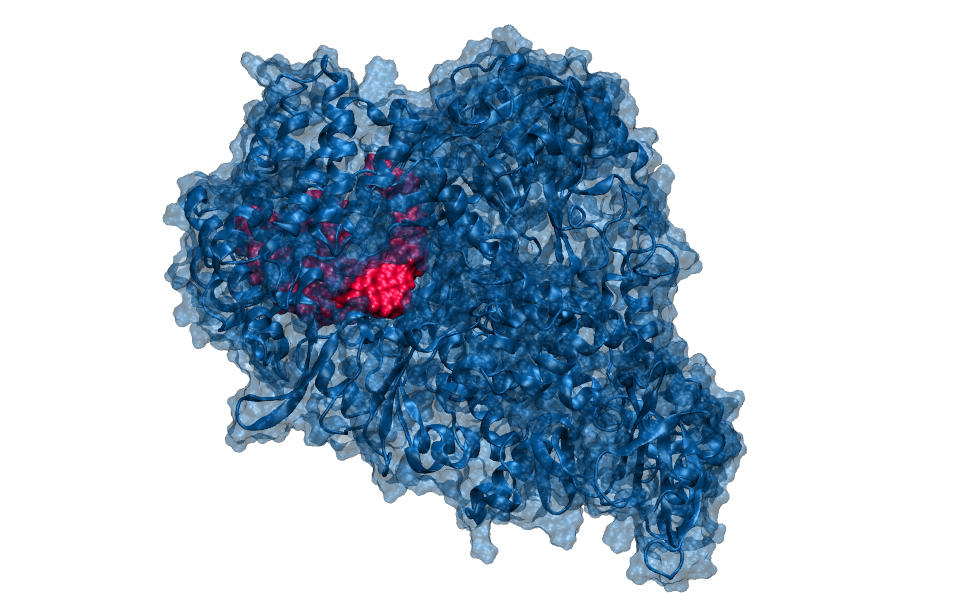 The GAVO programme for the generation of original antivirals has thus been set up to discover future drugs based on nucleosides. In the current context, of course, the focus is on Covid-19, but this work will more generally encompass RNA viruses and certain cancers. The project is being led by Lebreton and his colleague Arnaud Tessier, a CNRS researcher at the CEISAM.
“France used to have incredible know-how in nucleoside chemistry, and we felt it was a pity that this should be lost,” Lebreton says. “During the last lockdown, we contacted Jacques Maddaluno, director of the CNRS Institute of Chemistry, in order to federate French teams working in this field. We then received financial support from the Ministry of Higher Education, Research and Innovation to set up the GAVO programme.”

The project therefore involves scientists from the CEISAM in Nantes (western France) and from other laboratories: the IBMM2 in Montpellier (southern France), the Institute of Organic and Analytical Chemistry (ICOA)3 in Orléans (northern central France) and the LPCT4 in Nancy (northeastern France). This combination of talents makes it possible to pursue the two approaches in parallel.

The first approach consists in synthesising a large number of nucleoside derivatives to build a library of molecules whose biological properties will then be evaluated by ViroCrib in Montpellier. This platform, set up by the CNRS via its Institute of Biological Sciences, will test the antiviral activity of these analogues on a broad panel of viruses. The second approach is based on modelling, at the molecular scale, the processes involved in the replication of viral RNA in order to predict the structure of compounds able to disrupt or even inhibit the phenomenon. This process will open new avenues for the chemists who will then synthesise any original molecules likely to block viral replication.

“For example, our modelling expert has analysed how remdesivir, a nucleoside analogue patented by Gilead Sciences to combat the Ebola virus, binds to the polymerase of SARS-CoV-2 by preventing it from sliding along the RNA strand and thus reproducing,” adds Lebreton. “Modelling enables us to understand why a given compound can block the action of an enzyme and how the structure of the latter could be modified in order to enhance its efficacy. It is like finding the right key to open a particular lock. Working both rationally and in silico, our colleague designs solutions that we can then try to synthesise. Because our resources are limited when compared with the pharmaceutical giants, we must be clever in order to identify effective and specific molecules.” 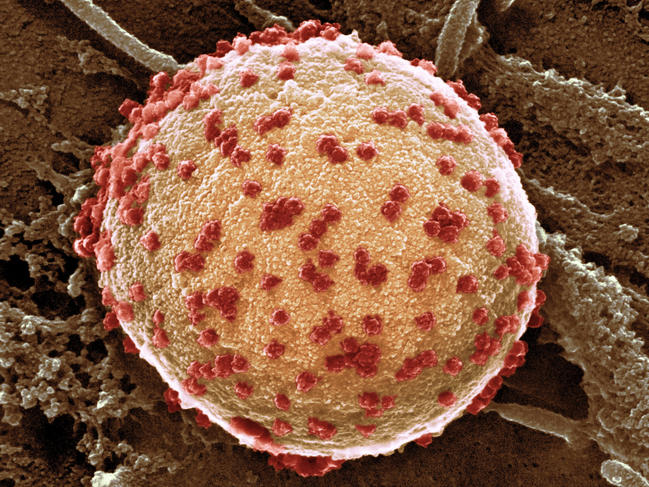 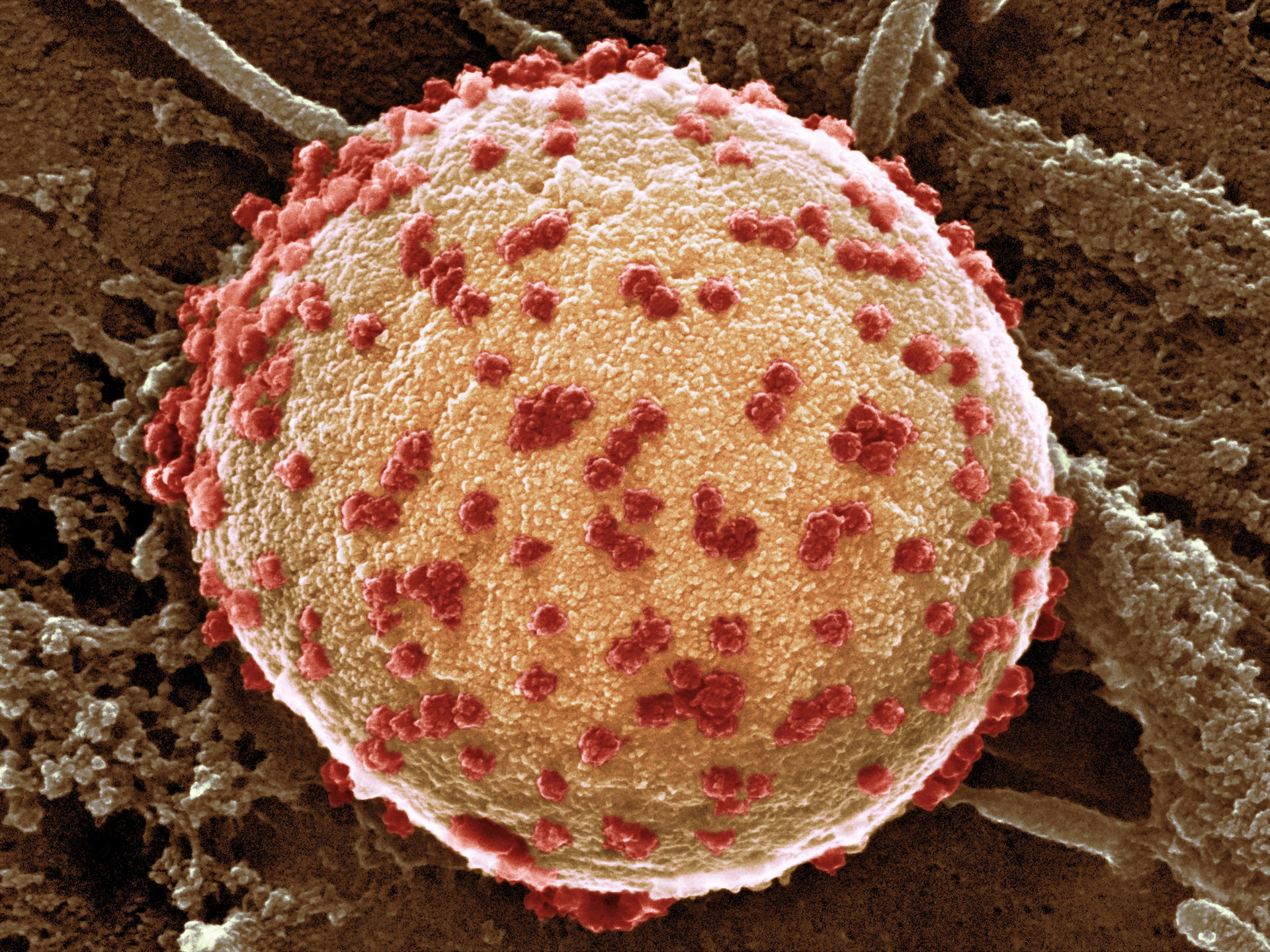 The scientists need to be guided in their choice of the most suitable chemical transformations; this requires expertise at the crossroads between the chemistry of sugars and that of heterocyclic compounds. Indeed, nucleosides are a class of complex molecules that offer almost an infinity of chemical modifications and combinations. The screening of molecules, both old and new, is thus crucial for identifying a given biological activity among so many others. For example, AZT (Retrovir®), which was synthesised and patented in 1964 as a cancer drug, was initially set aside because of its poor results. Twenty years later, this nucleoside analogue made a comeback when its effect against HIV was discovered during a major screening campaign. “With all the nucleoside analogues that have been synthesised during recent decades, one might have thought we would rapidly find an effective therapeutic solution to treat Covid-19,” Lebreton points out. “Unfortunately, this was not the case, although remdesivir offered a glimmer of hope for a while.”

It is therefore necessary to continue synthesising new nucleoside analogues. Within the framework of the GAVO project, this mission is being backed by the presence of experts in flow chemistry from the COBRA5 laboratory in Rouen (northwestern France). This recent technology enables the continuous preparation of new molecules under a wide variety of operating conditions. Surprisingly, this approach has hardly been used until now for nucleoside synthesis, even though it offers an opportunity to go beyond known structures. Flow chemistry also tends to be more rapid than conventional methods.

By pooling their skills, the GAVO scientists will be able to work in synergy. Modelling will help them block viral replication by developing novel nucleoside molecules. These will then be tested against Covid-19, and other known or emerging viruses. The first results are anxiously awaited.

See author's bio
Targeted political advertising raises a number of issuesPrevious
Bioinformatics, a key ally in the fight against Covid-19Next