Imaging of urban heat islands in Paris and its suburbs, obtained by numerical modelling during a clear summer night.
CNRM, données sources : http//mapuce.orbisgis.org
Share
Share
The effects of urban heat islands, which can increase temperatures in cities by as much as 10 °C, are particularly noticeable in summer. For some twenty years Valéry Masson has been studying these localised phenomena, which often go undetected by conventional meteorological tools.

As sweltering city dwellers know only too well, every summer, temperatures in large cities are several degrees higher than in the surrounding countryside. The phenomenon, known as an urban heat island, is especially felt during heat waves. At night the process is exacerbated, and the Paris area, for example, can be as much as 10 °C warmer than the land around it.

“Contrary to what you might think, pollution plays almost no role in the occurrence of urban heat islands,” points out Valéry Masson, director of the urban climate research team at the French National Centre for Meteorological Research (CNRM).1  “They are actually mainly caused by high-density housing and sealed surfaces. Although poor air quality episodes often occur at the same time as extreme heat events, they are not connected. In fact, urban heat islands are phenomena related to the weather rather than to the climate: their effect can be mitigated by wind, rainfall and clouds, or enhanced by the presence of a strong anticyclone.”

During the day, materials such as stone, brick and concrete readily capture heat. The height and density of the walls considerably increase this exchange surface in comparison to an environment where there are few buildings. At night, the stored heat is released into the atmosphere and prevents the air from cooling down as rapidly as it does in the countryside. Over the course of a day, energy transfers in the atmosphere are already subject to natural variation: at night, the altitude up to which atmospheric mixing takes place is five times lower than in broad daylight. 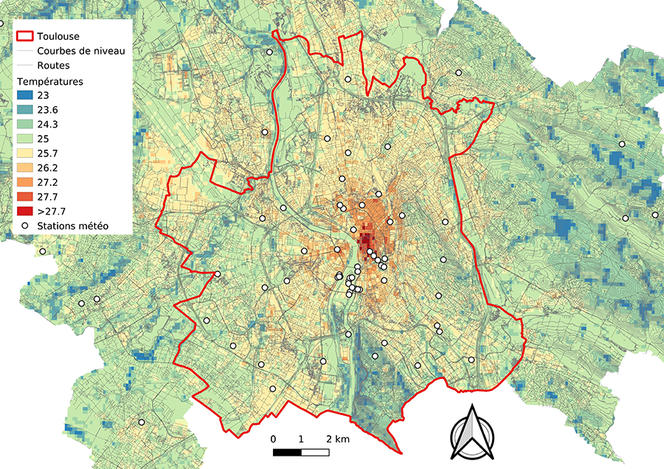 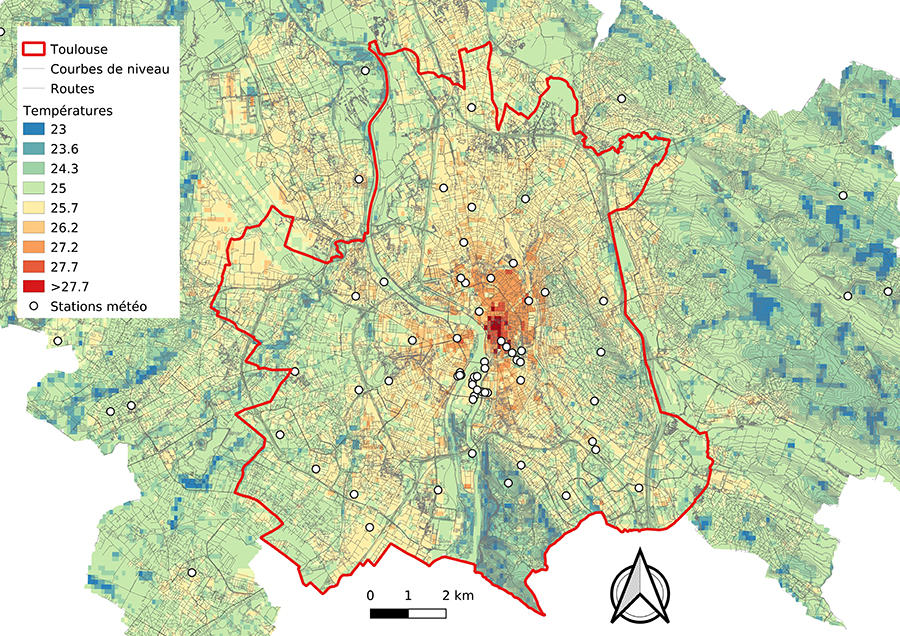 “Heating for buildings, together with the warm air released by air conditioners, plays an additional but more minor role,” Masson explains.  “The midday sun delivers 800 watts per square metre. Half this energy is stored and then released by surfaces such as concrete. In comparison, human emissions amount to a few tens of watts per square metre. In conurbations such as Tokyo, this can still represent an additional degree of temperature at night.”

As a result, urban heat islands increase the number of tropical nights, in which minimum temperatures never drop below 20 °C. This prevents the body from recovering from the heat of the day, which, over a period of several days, has medical repercussions. Projects such as H2C (Heat and Health in Cities), led by Aude Lemonsu, a CNRS researcher at the CNRM, are exploring the other health impacts of such high temperatures.

Urban heat islands are studied using two principal approaches, field measurements and numerical modelling. “The first field observations date back to Luke Howard, who discovered the phenomenon in London (UK) in 1820,” Masson explains. “Research into urban heat islands only really began to take off in the late 1960s, mainly in Japan and North America, with the installation of sensors to analyse heat exchanges between cities and the atmosphere.” 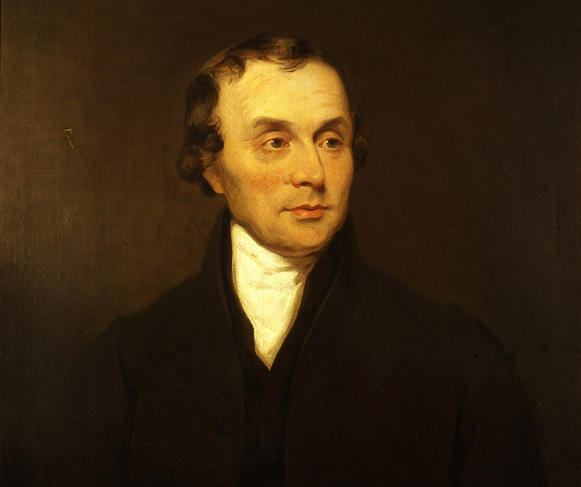 Anonymous portrait of Luke Howard, a British manufacturing chemist and an amateur meteorologist, who was the first to study the urban heat island phenomenon. 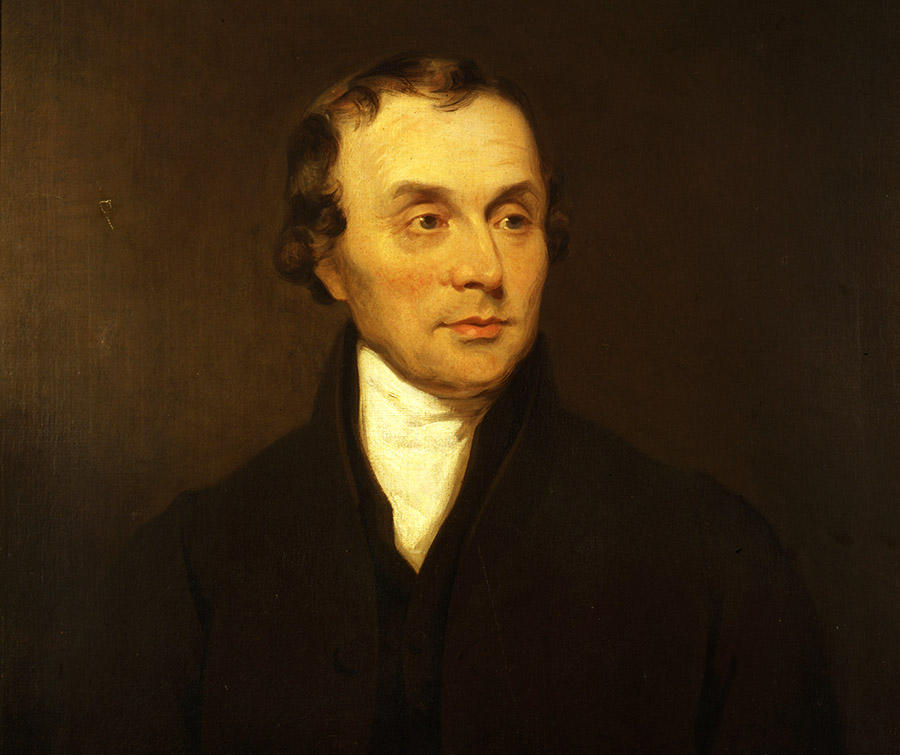 Traditionally, weather stations are not located in city centres. Historically, they were linked to aeronautical activities in the outskirts, and concentrated on larger regional scales rather than on single conurbations. To get around this problem, an experimental network of stations was installed in Toulouse (southwestern France) for a year in 2004, as part of the CAPITOUL project,2, for which Masson was the Principal Investigator. In partnership with the city, a permanent network was subsequently set up in 2017.

In 2001 Masson also took part in the ESCOMPTE project.3 This first major urban weather experiment in France focused on observing the sea and land breeze circulation over the city of Marseille (southeastern France), and comparing this data to various numerical models. A new large-scale campaign is planned for next year in the Paris region, using instrument stations and masts, an aircraft, rangefinders and radiometers, as well as a tethered balloon. 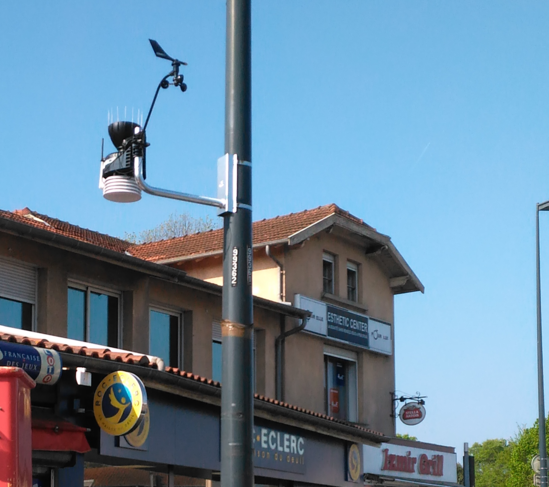 One of the 70 weather stations of the urban climate monitoring network installed in the Toulouse conurbation. 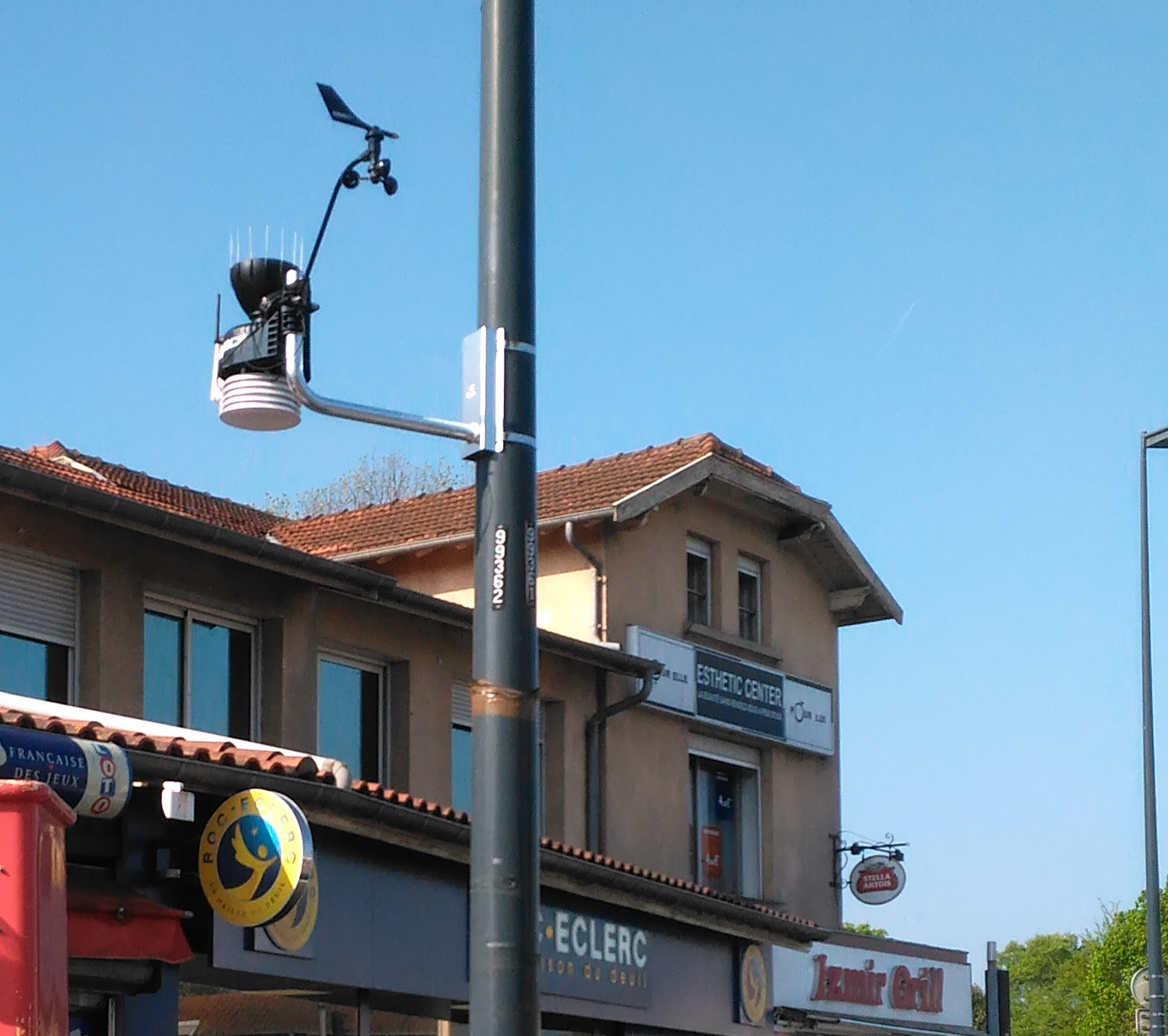 The widespread use of personal and connected weather systems is also a valuable source of information for researchers. “There are some 10 000 small individual stations across the Paris area, located wherever people need them,” Masson explains. “By filtering this data and processing it using artificial intelligence, we are hoping to reproduce the heat islands. Along the same lines, Eva Marquès, a PhD student at the CNRM, is focusing on the temperatures measured by cars.”

The mesh size of the most common types of numerical model is too large to study urban heat islands, and in addition, these models don't take into account the specific characteristics of cities. This prompted Masson to design TEB (Town Energy Balance), the first-ever model adapted to an urban environment, in 2000. The kilometre-scale grids are gradually being reduced to provide a resolution of one hundred metres, with a view to forecasting temperatures at the city district level within the next ten years. These advances are already making it possible to test different adaptation scenarios for urban heat islands and climate change, with the aim of making these solutions widely available to decision-makers and local authorities.

“After the heatwave of 2003, the French local authorities realised that the heat problem couldn't be dealt with by focusing on pollution,” Masson continues. “They are now increasingly taking urban heat islands into account.” But how can these be prevented, or at least their harmful effects be alleviated? 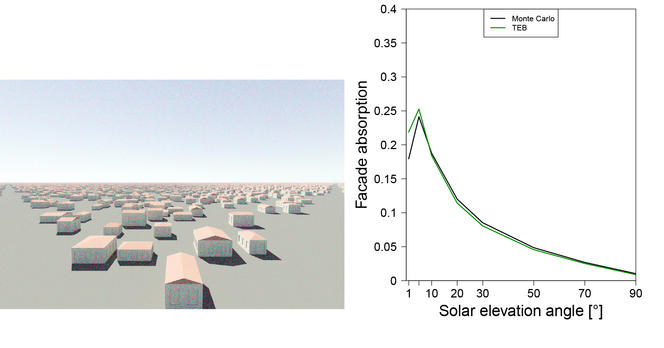 Proportion of solar radiation absorbed by walls as a function of the sun azimuth in a residential area: TEB validation (right) with a Monte Carlo radiative model (left). 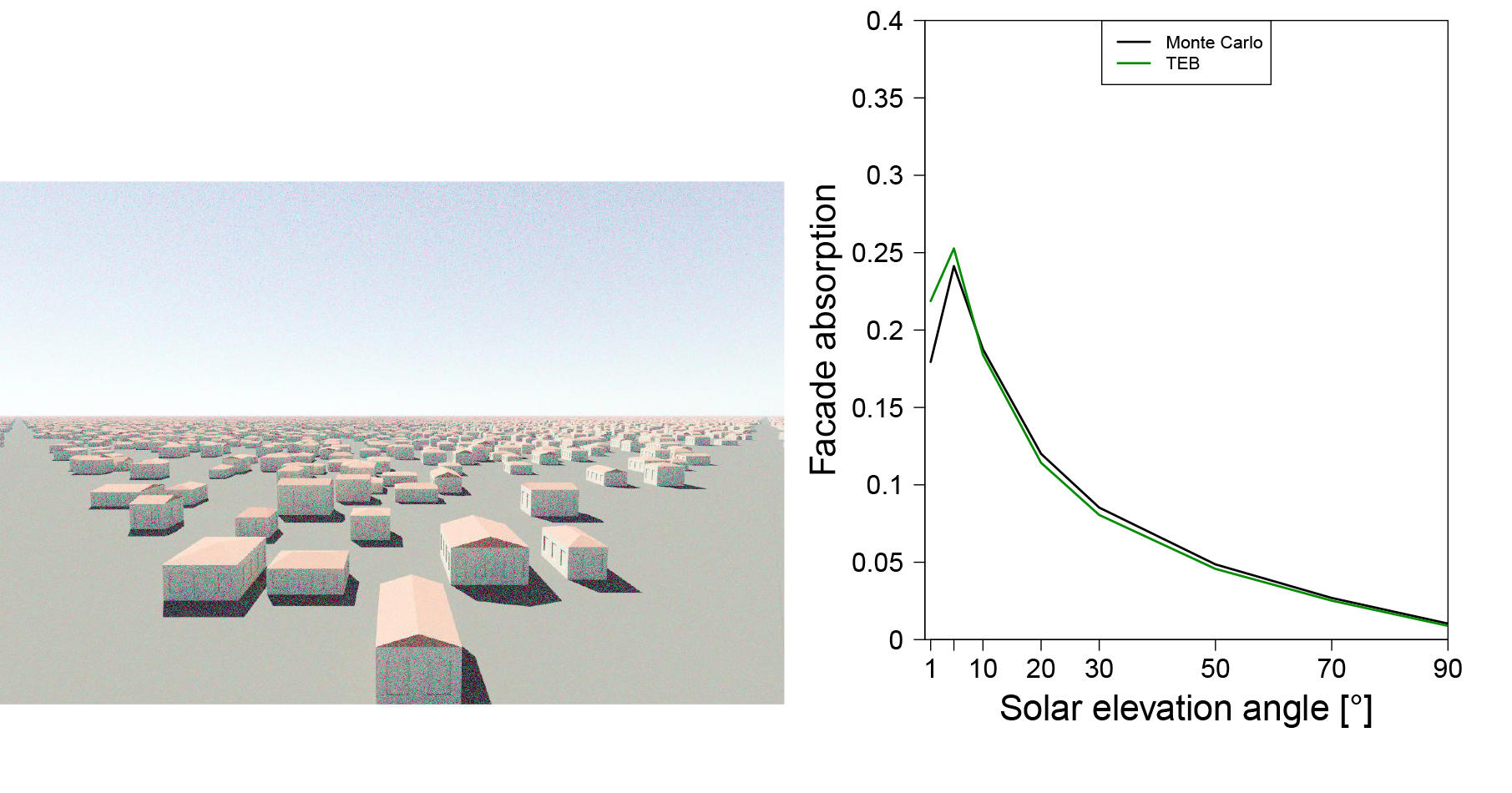 “There is no silver bullet to solve the problem overnight. However, various approaches can be combined, depending on the scales concerned and the organisations involved,” says the researcher. “Many architectural and refurbishment solutions can be implemented, such as improving the insulation of buildings, providing them with natural cross-ventilation, better managing air conditioning, limiting it where possible, and so on. Some have even been known since antiquity, but forgotten.”

Masson points to the example of the EuroMéditerranée district in Marseille, where the layout of the streets enables the sea breeze to cool the city in summer, while keeping out the cold mistral wind in winter. And in Toulouse, the narrow streets help to protect the town centre from the heat. 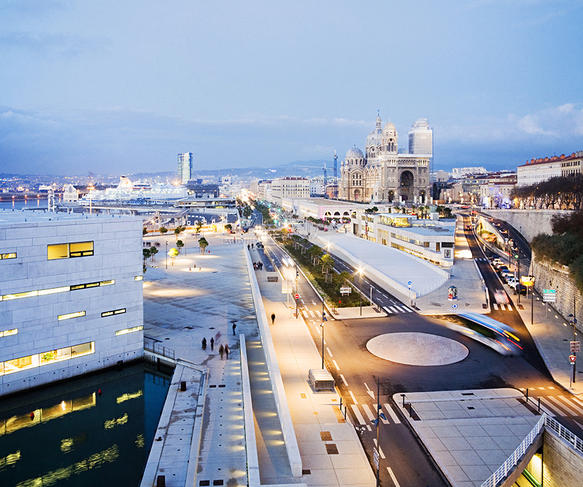 The Euroméditerranée district in Marseille, featuring the boulevard, the Villa Méditerranée by architect Stefano Boeri, the port of La Joliette and Saint Mary Major cathedral. 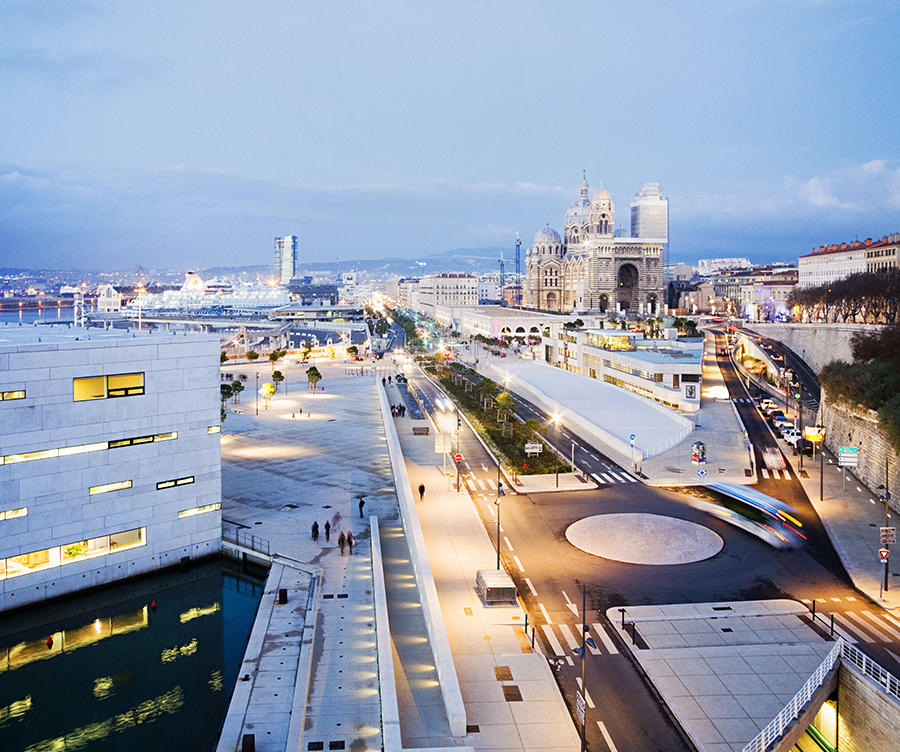 Still in the field of city planning, desealing surfaces remains a reliable way of reducing the emergence of urban heat islands. This approach mainly involves revegetation, which also has climatic, social and aesthetic advantages. Deciduous and non-allergenic trees cool their surroundings in summer and, once they have shed their leaves, hardly block sunlight in winter.

“Greening cities, however, requires a significant supply of water and has to take into account the presence of dense networks of underground pipes and cables,” Masson points out. “Water management should be decentralised and homes equipped with water collectors. There is no shortage of nature-based solutions to help cities cope with heat and climate change.”

Article
Françoise Gaill, the voice of the oceans
Meteorology

Article
Probing the hidden side of thunderstorms
Heat