Home / Articles / The Paris Agreement Must be Complied with Urgently

The Paris Agreement Must be Complied with Urgently

Home / Articles / The Paris Agreement Must be Complied with Urgently

The Paris Agreement Must be Complied with Urgently

South-eastern tip of the Apusiajik glacier on Kulusuk island (Greenland).
Jonathan NACKSTRAND / AFP
Share
Share
The conclusions of the latest IPCC Special Report on the impact of climate change on the oceans are devastating. CNRS News talks about the specifics with Jean-Pierre Gattuso, an oceanographer at the CNRS and co-author of the Report.

On 25 September, the Intergovernmental Panel on Climate Change (IPCC) released a new Special Report on the impact of global warming. Could you remind us exactly what the IPCC reports are?
Jean-Pierre Gattuso:1 They are documents drawn up by scientists from the 195 IPCC Member States. This United Nations body was set up in 1988, and is responsible for analysing and synthesising worldwide scientific research into the influence of human activity on the climate. These reports aim to provide decision-makers with regular scientific assessments of global warming, its implications and potential future risks in order to help them take appropriate measures.

What is ‘Special’ about this report?
J. - P. G.: The IPCC draws up two types of document: the main IPCC Assessment Reports, the first of which dates from 1990 and the most recent from 2014, are published every 6 to 7 years and are very comprehensive. The Special Reports, on the other hand, focus on a specific topic or issue. For instance, one of these reports published in October 2018 dealt with the impact of global warming limited to 1.5 °C, while another that came out last August was centred on land degradation.2 The latest one, which Monaco and several other countries including France and Chile had urgently requested, targets the effects of climate change on the ocean and cryosphere.

What is the cryosphere?
J. - P. G.: All the Earth’s frozen regions. In Greek, kryos means ‘ice’. It includes seasonal snow on landmasses; terrestrial glaciers; the huge expanses of ice and snow that make up the two polar ice sheets in Greenland and Antarctica; permafrost, which is all ground, both on land and beneath the sea, that is permanently frozen for at least two years; seasonally frozen ground; icebergs; sea ice (pack ice); and frozen lakes and rivers. In all, the cryosphere covers 10% of the Earth’s surface, while the oceans make up more than 70% of the planet. 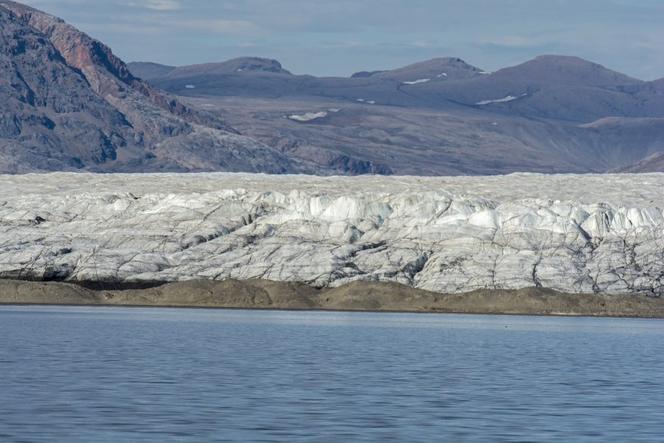 Impacted by the melting ice sheet, this glacier in north-eastern Greenland no longer flows into the sea. The glacier front lies on bedrock. In late summer, the surrounding relief is completely bare. 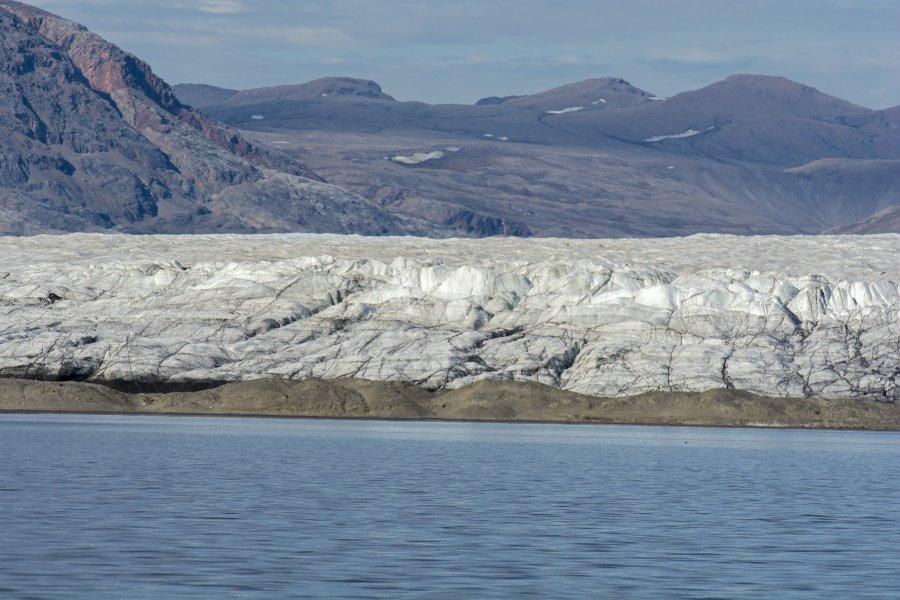 Why was it so important to focus on these two components?
J. - P. G.: Because they are crucial for life on Earth. Firstly, they stabilise the climate: the ocean absorbs most of the excess heat from global warming, and stores large amounts of carbon dioxide (CO2). The ice in the cryosphere reflects solar radiation back into space and thus reduces warming. Secondly, they play a vital role as habitats for wildlife and humans. For example, in 2010, 28% of the world’s population lived in regions located less than 100 km from the coast, while nearly 10% live in high mountain areas. And finally, they are essential for food security (fishing), tourism, the economy, recreation, transportation, health, and local traditions and identities. As a result, any disturbance can have dramatic repercussions.

How was the new report drawn up?
J. - P. G.: Over 100 international experts from 36 countries around the world analysed some 7,000 recent scientific papers on how the ocean and cryosphere have already been altered by human-induced climate change. We then estimated what possible changes might take place over the next few decades and the effects they would have. This was done using two scenarios. The first assumes that warming will be limited to 2 °C due to a rapid reduction in greenhouse gas (GHG) emissions, in line with the goal set by the Paris Climate Agreement, signed in 2015. The second scenario is based on a situation where this goal is not met, due to an uncontrolled increase in GHG emissions.

What emerges from this study?
J. - P. G.: It turns out that the impact of climate change on the ocean and cryosphere is unprecedented. As for projections for the future, some are even worse than announced in earlier IPCC reports! If nothing is done, the consequences will be disastrous in terms of alteration to ecosystems, species mortality and the risks to humankind.

Can you be more specific?
J. - P. G.: Sea levels rose 2.5 times faster in the first years of the 21st century than in the whole of the 20th century. Failing a reduction of GHG emissions, the increase could be as much as 110 centimetres (cm) rather than the 98 cm estimated until now. This means that there will be a higher risk of flooding in low-lying coastal regions. Some Pacific atolls that are 2 to 3 metres above sea level could even become uninhabitable! Sea level rise also magnifies the effects of extreme weather events such as storms, coastal submersion, and so on. In addition, continuous absorption of CO2 by the ocean has increased its acidity by 26% since the beginning of the industrial era. The number of marine heatwaves has doubled since 1982. If this rate keeps up, they will be 50 times more frequent in 2100. Such alterations to the ocean will cause fish to migrate, which will have a major impact on fisheries, and will lead to higher coral mortality.

Hotel complex at Oyster Pond on the island of Saint-Martin, in the French West Indies. The infrastructure of the complex, and especially the marina, was devastated by hurricane Irma in September 2017. 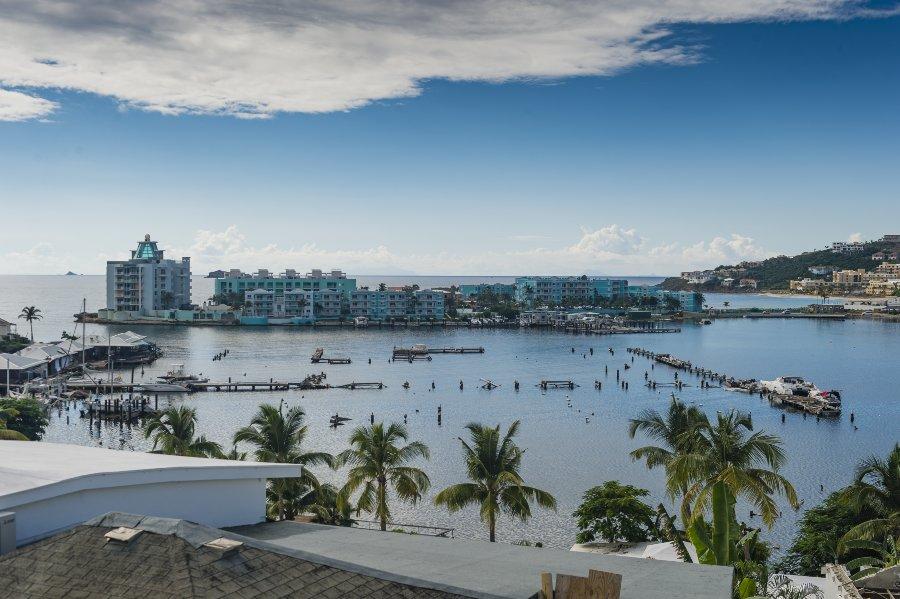 What about the cryosphere?
J.P. G.: It is melting more and more rapidly. This will also have extremely serious consequences. For example, between 2006 and 2015, the Greenland ice sheet and that of Antarctica melted by 278 gigatonnes (Gt) and 155 Gt per year, respectively, equivalent to a rise in sea level of about 0.77 millimetres (mm) and 0.43 mm. If nothing is done, by 2100 the Arctic will be completely ice-free for most of the year. As for terrestrial glaciers, their retreat is extremely worrying in regions such as the Himalayas, where millions of people depend on them for water supplies, agriculture and human consumption. Finally, around 70% of shallow permafrost could disappear and release massive amounts of CO2 and methane into the air, resulting in a significant increase in GHGs, and therefore in global warming.

How can we limit the damage?
J.P. G.: The Paris Agreement must be complied with as a matter of urgency. The report shows that if we manage to significantly curb our GHG emissions, we will be able to limit the impact of climate change on the ocean and cryosphere, and thus better preserve their ecosystems and the populations that depend on them. So the future is in our hands! However, while it is possible to avoid things getting worse, we will still suffer the consequences of current warming, and in particular the inescapable rise in sea levels.

How can we best protect ourselves against this?
J.P. G.: By building defences such as dikes and barriers on rivers; adapting infrastructure, for example by raising roads and houses; using the ability of natural ecosystems to protect coasts, for instance by restoring or developing mangroves, tropical coastal vegetation that can mitigate wave action; building hilly coastal advances, with dedicated systems for water draining; and, where such solutions are insufficient or impracticable, by evacuating the population. All this will require huge investment.

In your opinion, will the new report help to move things forward?
J.P. G.: Only time will tell. But one thing is certain: the previous IPCC Assessment Report served as a basis for the Paris Agreement. It informed decision-makers about the dangers of global warming and put pressure on them to sign the agreement. So it was definitely useful! As for the new report, we hope that it will help make governments more ambitious about tackling climate change at the upcoming COP25 and 26, which will be held respectively in Chile in December 2019 and in Glasgow in 2020.

Article
A Bloom for Ocean Robots