Home / Articles / Soccer: What Are the Chances?

Soccer: What Are the Chances?

Home / Articles / Soccer: What Are the Chances?

Soccer: What Are the Chances?

Thanks in particular to striker Jamie Vardy (here in blue during a game against Arsenal), Leicester won the Premier League in 2016. At the beginning of the competition, its odds were 5000 against 1.
OLI SCARFF / AFP
Share
Share
To better understand how probabilities play out in soccer, researchers have just created a championship where the number of matches tends towards infinity. Could this help explain—and predict—why weaker teams sometimes come out on top?

May 7, 2016, saw a major upset in the soccer world: Leicester City were crowned Premier League champions for the first time, just two years after achieving promotion to the top tier of English soccer. A small team with a limited budget and with no major stars on its books left the Manchesters, Chelseas and Arsenals of this world trailing in its wake, proving along the way that in soccer, David can still beat Goliath. Incredible talent? A drop in form among the major teams? A sustained run of luck? One thing is certain: chance also plays its part in soccer. And chance, of course, is all math.

A team of researchers decided to study the often hidden probabilities at work in soccer championships and other sporting competitions. One of their key objectives was to devise equations to explain why, from time to time, small teams manage to wipe the floor with the bigwigs. "I’ve been wanting to work on this subject for a long time," says Raphaël Chétrite, researcher at the Université de la Côte d'Azur1 and passionate soccer fan. "I finally managed to convince my colleagues that soccer poses interesting and very complex challenges." Their initial theorems on the subject have just been published in the journal Annals of Applied Probability.2 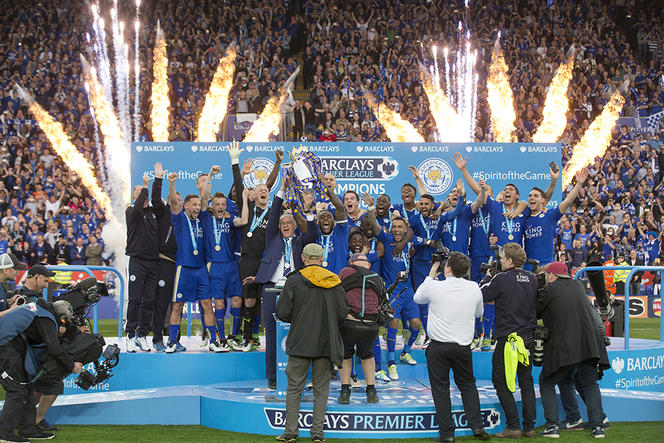 Leicester is an illustration of what the researchers have called 'Cinderella's theorem' which in some cases predicts that weaker teams can win against the favorites. 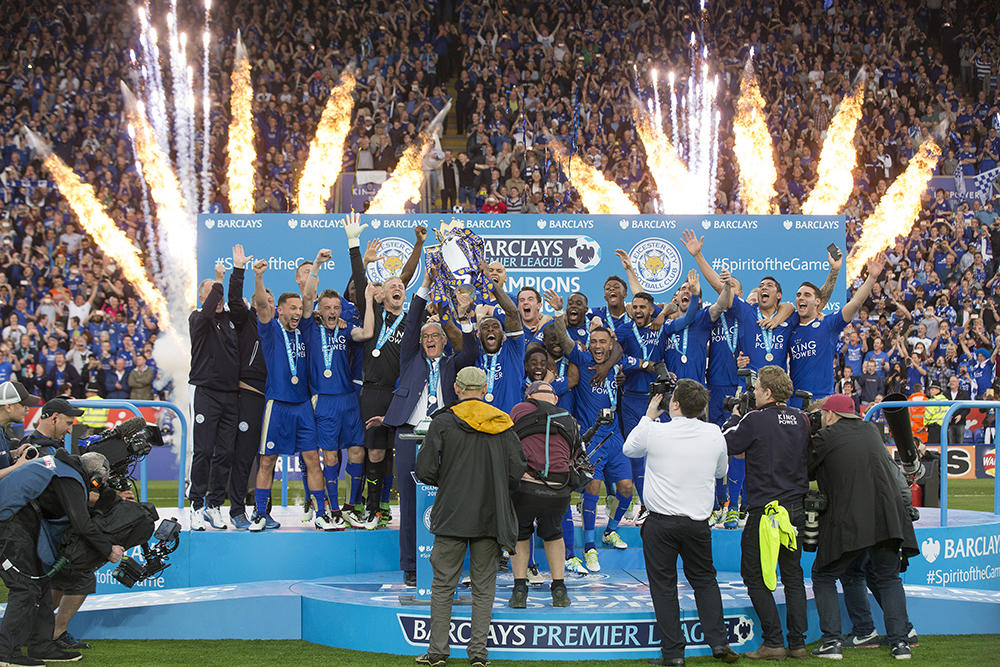 But what exactly is special about soccer as opposed to handball or water polo? “Soccer is the archetypal random sport with very low scores. Even a small team can score a ‘lucky goal,’ and then simply shut up shop in its own penalty area until the final whistle. In handball, where scores are high, it is far more difficult for a weak team to beat a stronger team," adds Chetrite. Statistics bear out his argument. Analysis of 100 years of English league soccer showed that the favorite team according to the bookmakers came out winners in only 45% of matches. But the mathematicians wanted to go further. They wondered whether throughout a long championship, the random nature of matches did not level itself out. “Is there a possibility that the ‘law of large numbers’ might be unable to eliminate chance and create a predictable championship in which the best team always wins?”

To answer this question, the researchers imagined a competition that could only exist in the mathematical sphere: a championship in which the number of matches tends towards infinity. In their model, the strength of each team, assigned at the start of the season is random, but has the same “distribution”—i.e., the distribution of the strengths of these teams is described by a single mathematical function. Each match has a random outcome whose probability is determined by the strength of the two adversaries: this is called the Bradley-Terry model. By varying the distribution of strengths of the teams, they attempted to identify situations that are found in soccer championships, ranging from cases in which the strengths of the opposing teams appear balanced to that in which one team is overwhelmingly dominant. In this way they demonstrated three theorems.

In the first theorem, they identified a broad group of distributions existing within a “typical” championship: here, the strongest team always wins in the end. However, moving away from this particular scenario, the researchers encountered a number of surprises. When a different group of distributions was selected, the weakest teams had a chance of doing better than the strongest. The researchers dubbed this scenario the “Cinderella theorem.” The history of soccer is studded with examples of “Cinderella” or “Tom Thumb” teams, just like the valiant Leicester City, English champions in 2016. Now there is a theorem to account for the phenomenon.

The researchers also investigated dominant teams so strong as to lie outside the strength distribution curve. The situation is comparable, to some extent, with that of the PSG in France’s “Ligue 1”: this team, with a budget 8 times higher than the average budget of its rivals, managed to finish 31 points above the runners-up in the last championship. The mathematicians wondered in which cases the strongest team would win, come what may. They discovered a counterintuitive effect: such a team would have more difficulty winning a championship in which most of the other teams were weak than a championship packed with several strong teams. This is what Chétrite refers to as the “small teams trap.” The reason for this paradox is as follows: in a league made up primarily of weak teams, an outsider stronger than the others may pick up many points against the smaller teams and pip the dominant team in the league table. In a strong league, the larger number of good teams all take points off one another, thus favoring the dominant team. 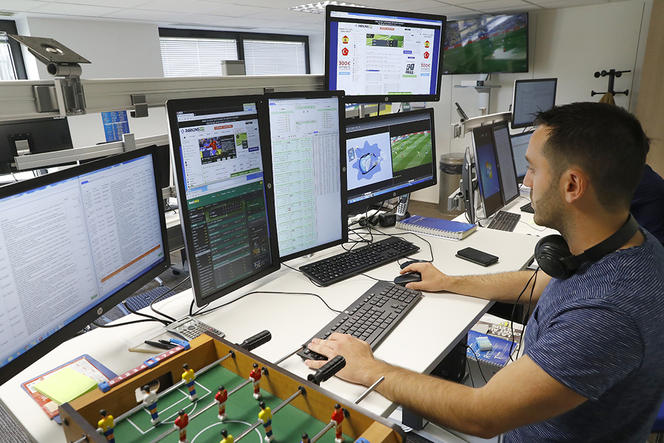 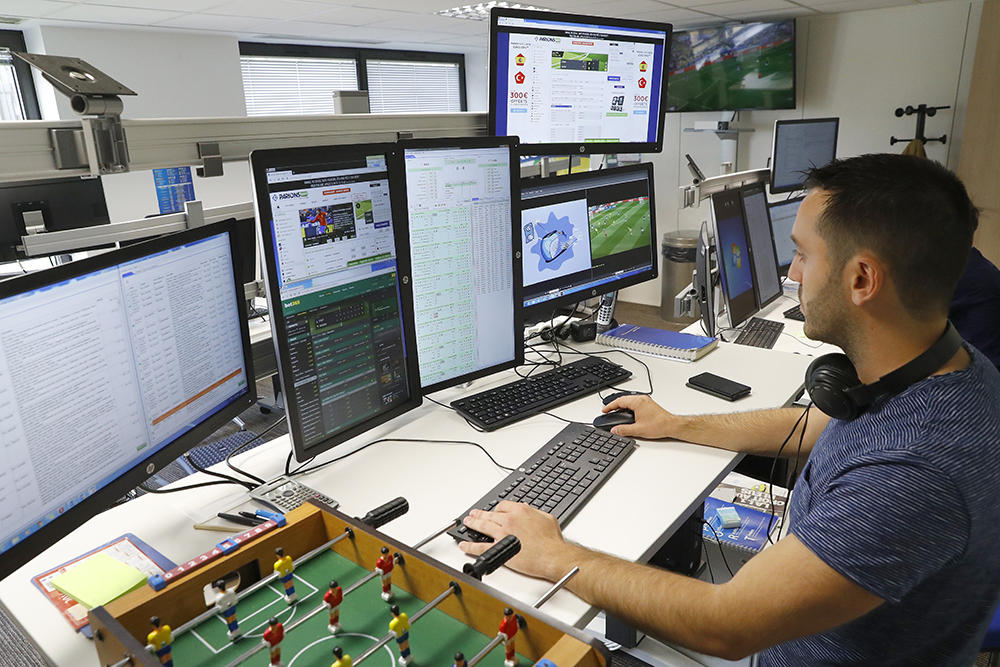 According to the researchers, betting companies may ultimately use this type of method to fix the odds they offer for matches. "While the traditional methods require observation of the entire championship, we hope that our approach will enable predictions to be made only two or three games into the championship season," says Mathieu Lerasle, researcher at the laboratoire d’Orsay.3

But Chetrite won’t stop there: "There is still much work to be done in this field. Math has a great impact here, since billions of people are interested in soccer.” Major decisions made by bodies such as the UEFA and FIFA are not analyzed in terms of probability. Thus, questions such as the impact of financial fair-play on the strength of teams, or that of a World Cup involving 48 nations, could raise interesting theoretical problems.