Home / Articles / For Tolkien, the Love of Words Comes First

For Tolkien, the Love of Words Comes First

Home / Articles / For Tolkien, the Love of Words Comes First

For Tolkien, the Love of Words Comes First

A map of Middle-earth.
The Picture Desk/KOBAL/AFP Photo
Share
Share
The author of The Hobbit was also a poet and a medieval philologist who, as part of the process of creating the realm of Middle Earth, also invented highly elaborate imaginary languages. Charles Delattre, a specialist in Greco-Roman languages, literature and mythology, and a contributor to a Tolkien dictionary, looks into the work of the famous English writer.

J. R. R. Tolkien was fascinated with constructed languages, and yet he described his love of words as a “secret vice.” Why is that?
Charles Delattre:1 Tolkien was a medievalist who taught linguistics and Nordic languages at Oxford. He was what you would call a philologist, a specialist in ancient texts. Back then, this discipline primarily sought to reconstruct the original content of texts that were known through multiple sources, in other words to identify the most authentic version possible based on manuscripts, printed editions or other formats. This is why all of his works echo the mythological tradition of the Middle Ages, Arthurian literature, Icelandic sagas, the Old English heroic poem Beowulf (a chivalrous epic), ancient Welsh books, Upper Saxon, Nordic, Germanic and Anglo-Saxon literature, Celtic legends, the Scandinavian Eddas, as well as Greek and Latin literature and mythology. He ironically claimed to have written The Lord Of The Rings only for the sake of creating a world where  two elves exchanging greetings would be perfectly natural. While Tolkien, according to his biographers, wanted to create “a mythology for England,” what he valued the most was the pleasure of writing. For him, the love of words surpasses any mythological intention. 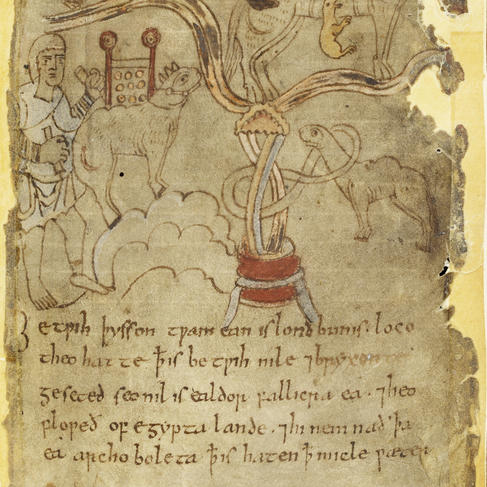 Drawings of fantasy creatures in the Nowell Codex, a manuscript composed by an anonymous Saxon poet between the 8th and 9th centuries. 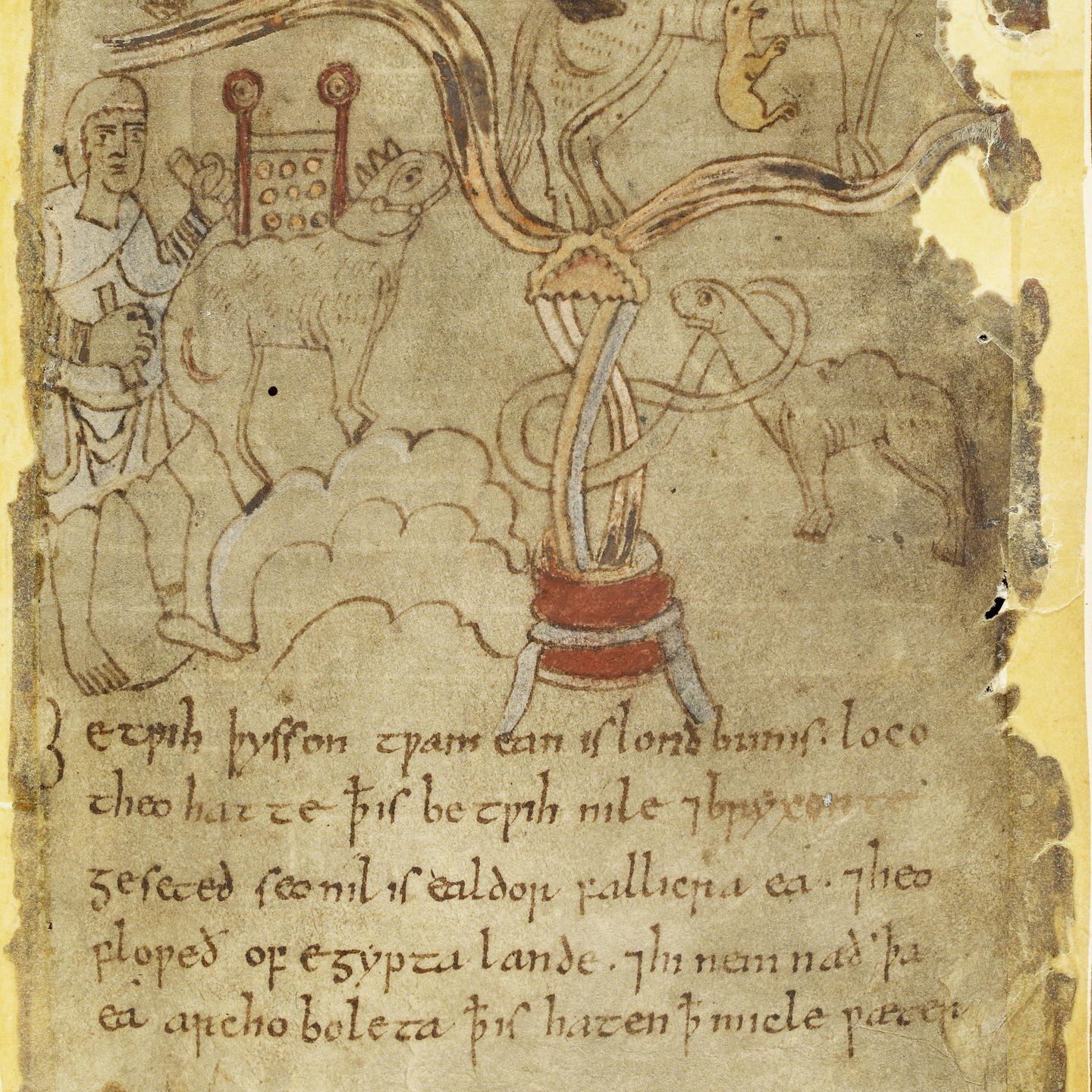 How was he able to invent several dozen languages, each with its own genealogy?
C.D.: He was well versed in the structure of languages, as it was understood at the time, especially Indo-European languages, and he knew the principles behind their evolution. This science, dating from the late 19th century, was relatively new. Even though it left many questions unanswered, Tolkien could handle this technique, characteristic of the philologist and master of ancient or extinct languages, which enabled him to create new ones that were not only original but also functional. In other words, it is possible for those so inclined, once they learn the vocabulary (and invent a bit more), to speak Tolkien’s lingo!

Most importantly, these languages have an internal consistency that is identical to that of real ones, which explains why Tolkien's work is so much more compelling than other science fiction or fantasy authors' attempts to devise dialects. Not only did he invent them, but he created a consistency among them, by using scientific logic. Linguists, linguistic researchers and experts in extinct languages find it enjoyable to read Tolkien: they find themselves immersed in what is an integral part of their work, but in the form of fiction, of literary pleasure.

Did his languages thrive like a living entity?
C.D.: It was the work of a lifetime, giving coherence and consistency to a material that continued to grow as new ideas emerged. Among his papers, Tolkien left a dozen unfinished books, destined to remain in the form of sketches and rough drafts. Languages also emerged, and continued to blossom, to develop, but always as part of a quest for consistency. He wanted to emulate the available mythology material and extinct languages, while avoiding classical Greco-Roman culture, which he felt was too obvious. The characters that he created spoke languages derived from northern European cultures. Yet at the same time, he was rewriting classical culture, whether consciously or unconsciously. Certain archetypes are easily identifiable: Galadriel is modeled on Circe, for example. But Tolkien did not create this world all at once. In fact, much of what he did was rewrite his own work. Over a period of 20 or 30 years, he could compile seven or eight versions of the same story, which would eventually evolve radically. It is fascinating to see how he ends up with such clearly classical figures—like Galadriel, who was a man in the first version and therefore totally different to what she ultimately became. Only gradually did Tolkien make this character fit a very classical mold, namely that of the enchantress found in Homer's Odyssey and in novels of the late Middle Ages and Renaissance. His heritage is difficult to ascertain, as he ended up recreating through his writing what he had no intention of directly imitating. 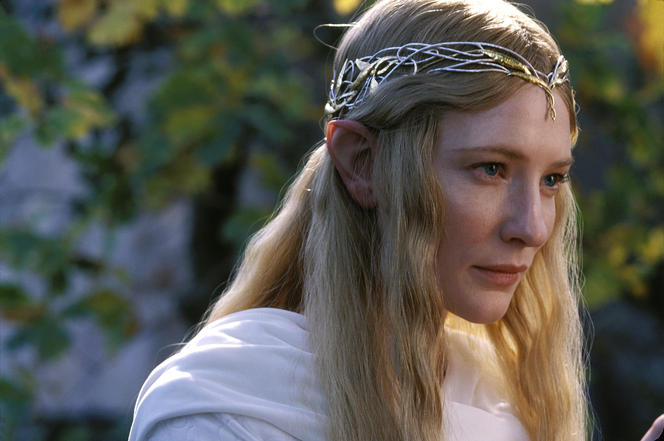 The character of Galadriel, portrayed here by the actress Cate Blanchett, was inspired by the legend of Circe. 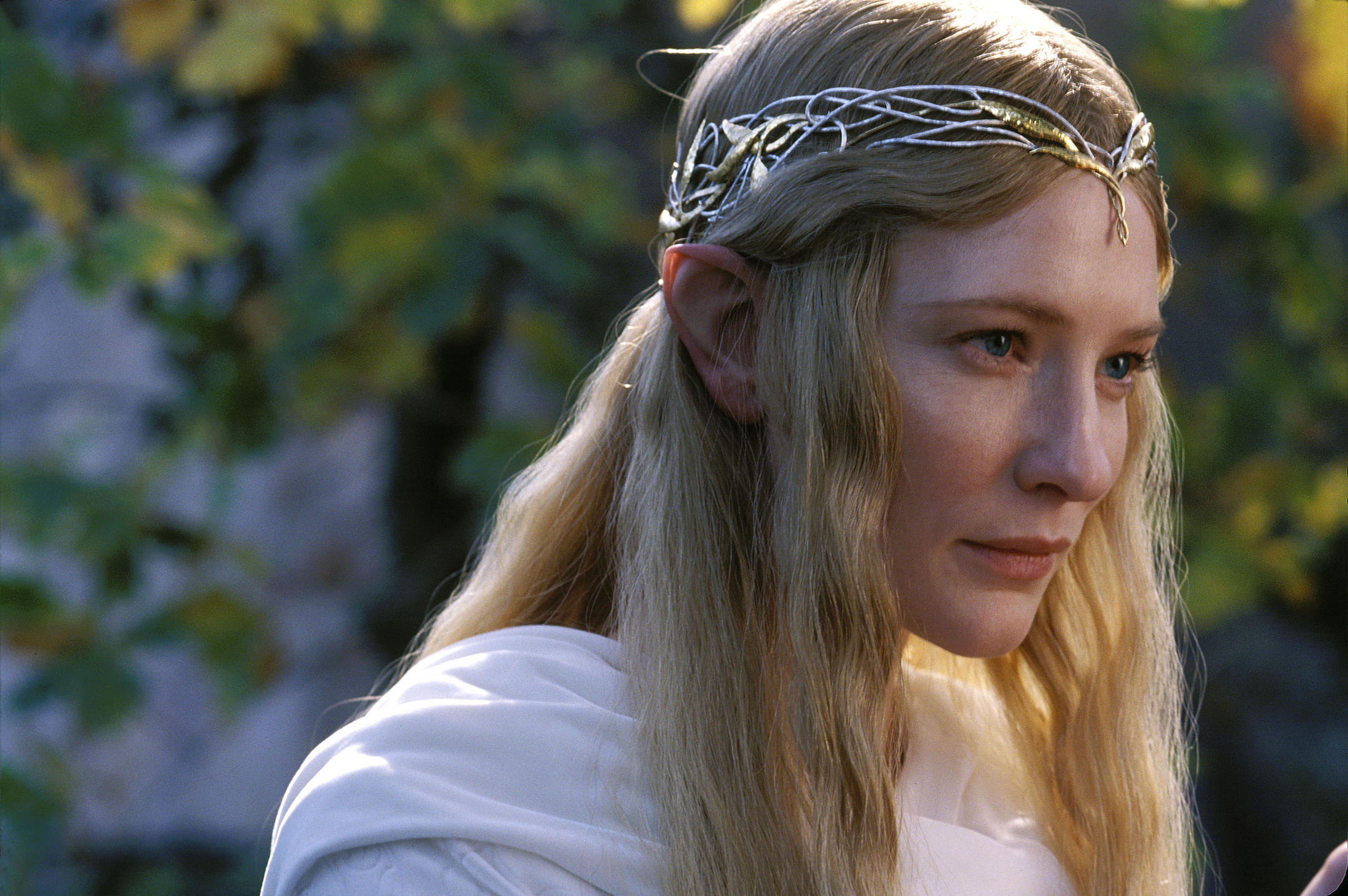 How did Tolkien manage to give his languages an aura of historical authenticity?
C.D.: That is precisely what is so fascinating for those who love mythology: Tolkien’s work can be transformed into mythology by considering all of his versions and drafts. Usually, it is necessary to study a range of authors and periods to reconstruct some kind of unity. In this case, the unity is there from the start, but with such diversity, and so much rewriting, that it is ultimately possible to reconstruct a mythology, as in the case of Finnish or Greco-Roman legendry. Tolkien's son Christopher provided 12 volumes of drafts that show the genesis of his father's work, as well as his second thoughts, radical transformations, modifications and changes of perspective.

In addition to imaginary vocabularies, etymological notes and fictional grammars, Tolkien designed his own alphabets…
C.D.: Indeed, and this gives his world a graphic code and a unity that make it truly unique. That’s the most visible element, but what took the most effort on his part were the etymology, the construction of syntax and the relationships between languages. These alphabets are like the maps he used to draw: a medium, a platform that sometimes enabled him to project a scene and visualize what he was recounting. What is enchanting for his readers was only a preparatory tool for Tolkien.

Tolkien also based his work on actual myths, as in his version of the myth of Atlantis…
C.D.: From a very young age, Tolkien had a recurring nightmare in which a huge wave would rise up, threatening to engulf everything in his dream world. It is this idea of catastrophe, of submersion, that he expressed in the form of a narrative making reference to Plato’s Atlantis. In an unfinished project called The Notion Club Papers, one of the characters—who is a depiction of Tolkien himself—explains that Atlantis actually existed: it was called Númenor, and Plato’s account was simply his own version. By playing on words like “Atlantis,” which he transformed into “Atalantë,” another Greek form, and then “Númenor,” he was highlighting his experience of  Greek, upholding its heritage while playing with it and with the reader.