Home / Articles / For the Love and Hate of Smartphones

For the Love and Hate of Smartphones

Home / Articles / For the Love and Hate of Smartphones

For the Love and Hate of Smartphones

Nine out of ten users never leave home without their smartphone and look at it almost 100 times a day.
Sirinapa Wannapat / EyeEm/GETTY IMAGES
Share
Share
In a recently-published essay entitled "The Third Brain,” the researcher Pierre-Marc de Biasi alerts us to our increasing dependency on the smartphone, an "intrusive, manipulative and addictive" device.

You directed an institute that focuses on texts and modern manuscripts (ITEM).1 How did you come to work on smartphones?
Pierre-Marc de Biasi: When you study the records of creative writing, you inevitably become interested in the media used and the specific conditions of cultural transmission, as well as in the interplay between technology and culture, for which Régis Debray coined the term ‘mediology’. So you can hardly ignore a medium that today conveys the essence of such interaction. Nine out of ten users never go out without their smartphone, consulting it around a hundred times a day, while a third of them admit to being addicted. Writing in the magazine Médium  in early 2018, I pointed out the parallels between smartphones and Palaeolithic flints: crafted for the hand, such tools give us superpowers and enable us to take greater control of our environment. However, the asymmetry of our relationship with the smartphone is leading us straight towards what Hegel called the master-slave dialectic. For the moment, we are the masters and smartphones are our slaves. But the more tasks we delegate to them, the better they will be at meeting and anticipating our needs, and the more dependent we will become. Eventually, our zealous little servants will turn into our masters.  Since there was no book on the subject, I decided to explore this idea further by writing an essay.

And more specifically, what smartphone applications could potentially enslave us?
P.-M. de B.: Just ask yourself this: in five years' time, who will still know how to read a map or find their way around without using their smartphone’s geotracking function? Look at calculators: since they became widespread in the 1980s, who can still do mental arithmetic, which was such good exercise? Smartphones encourage us to delegate all our cognitive skills, one after another: not only those that involve memory, of course, but also a host of everyday tasks. These devices entice us to forget what we once knew how to do. But that’s not all. We are besieged by an endless succession of notifications and information that continuously try to capture our attention, preventing us from focusing on the same subject for more than a few seconds. And the most disturbing thing is that we like it. Why? Because we are rewarded with every click: each new interaction releases a shot of dopamine, the ‘pleasure chemical,’ related to surprise and the unexpected. And so we stay connected, for fear of missing out on something, and in particular the pleasure this provides. This is  a typical symptom of addiction. The World Health Organization has recently identified certain games on smartphones as causing addictive disorders. 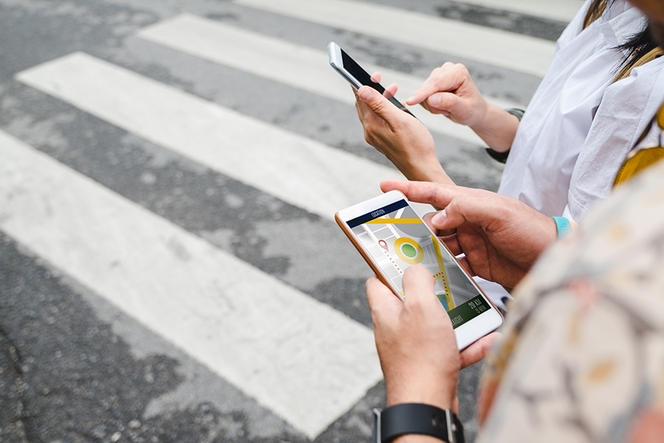 many cognitive functions to our smartphones, losing certain faculties, like our sense of direction. 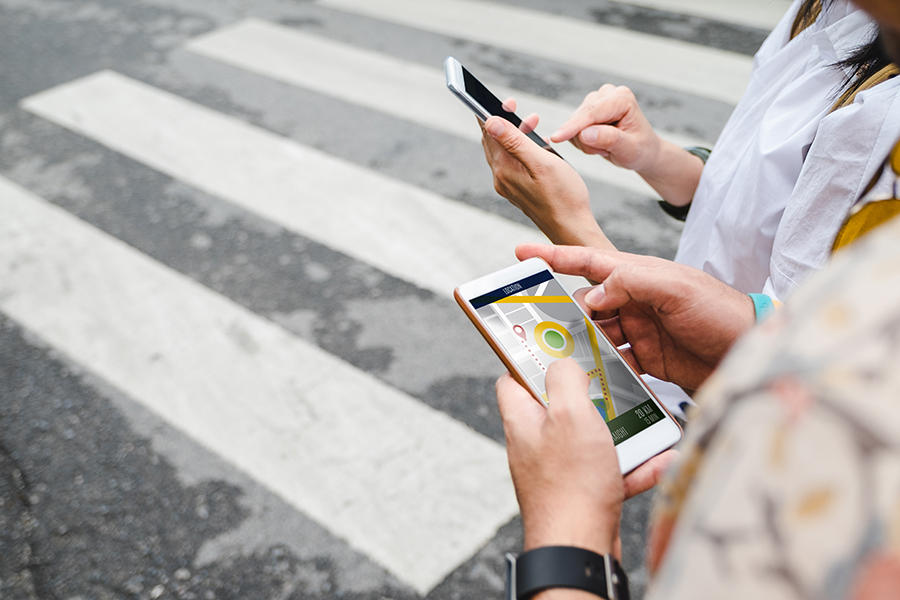 But isn’t that what we hear in every era when new technologies are first adopted?
P.-M. de B.: This is the classic objection: every major invention—writing, printing, television, computers, the Internet—is at first met with rejection and negative opinions. That's true, but it’s not what I'm talking about. I am not criticising computers or the Internet, which are the revolutions of our time. What I’m trying to do is understand the smartphone, which is just one medium produced by these revolutions. It is merely an opportunistic tool that provides us with a mobile, customisable way of accessing any Internet applications that we may find useful or interesting, by grabbing our attention and giving us something to do in our leisure time.

The endless succession of notifications and information that continuously try to capture our attention, prevents us from focusing on the same subject for more than a few seconds.

Every effort is made to keep us ‘entertained,’ in the radical sense that Pascal gives to the dread of boredom: ‘Man finds nothing so intolerable as to be in a state of full rest, (...) without diversion, without effort.’ Boredom is an essential driver of creativity. It is this dissatisfaction that gives rise to self-awareness and the desire to change the world. If you are constantly clicking, texting, liking, browsing or playing, you will never have a moment to be alone with yourself or your dreams.

On the other hand, all this will be helping your smartphone to fine-tune your algorithm, in other words your true profile: that of a consumer who should be sold as many goods and services as possible.

Why do you also refer to a shift in our representations and understanding of the world?
P.-M. de B.: The smartphone allows you to be in immediate contact with the entire planet, wherever you are, and this holds out tremendous promise for a new collective awareness. We have far more sympathy for a disaster on the other side of the world when we see the amateur videos taken by the victims. The ‘Arab spring’  probably wouldn’t have happened without messaging applications. Smartphones can be used to develop direct democracy initiatives and community projects, issue warnings, help us become better consumers and reduce our ecological footprint. That’s all very exciting, but it means subjecting our freedom to the tool that enables us to exercise it. And we know that there is a real danger in handing over one’s power to make decisions and take action to a technological object, as it means having to rely on its programmers.

You are particularly concerned about privacy and individual liberties...
P.-M. de B.: It isn’t sensible to exchange your personal data and profile for free applications, even if they are excellent. If you sell yourself, you will be re-sold. The goal is still to manipulate you, to force products on you and, if necessary, to get you to vote for one candidate rather than another, as several recent scandals have shown.

You can always try to oppose this by attempting to show you’re in control—for example, by reducing your screen time—but the fact remains that algorithms will increasingly catch your attention in the right place, at the right time and with tailor-made arguments that always hit the mark. The only plausible form of resistance would be the emergence of a low-tech movement, drastically reducing the amount of technology in our lives.

I very much doubt this will happen, because everything contributes to making the smartphone a universal everyday tool whose use will be virtually mandatory, whether to make purchases or appointments, pay taxes, obtain information, travel, communicate, and so on. How will you manage to do without it? You won’t be allowed to.

You mention the paradox of the ‘pharmakon’: the smartphone may be seen as both a poison and a remedy. Yet you seem more worried than excited.
P.-M. de B.: My aim was not to criticise the smartphone, a technical object, which, like the pharmakon, can be used for good or for evil; but even when you consider all the things it enables you to do, it is very hard to imagine any kind of positive utopia that would turn it into a harmless tool. At present, it serves a surveillance capitalism that only sees the individual as a consumer who can be reduced to an algorithm. The reason I am issuing some sort of warning is that these threats remain largely invisible: a downward trend in the desire to learn, based on the illusion that knowledge is always within reach; forgetting how to perform basic cognitive functions; a general tendency to delegate memory tasks, and so on. It is very difficult to determine how much these skills are deteriorating, and we do not have a clear picture of the new abilities that could replace them. The younger generations are adapting, physically and intellectually, without worrying about it too much. There are undoubtedly tremendous opportunities to be seized and created, but only if we are aware of the growing risks that accompany them, particularly in terms of collective and individual means of control and manipulation. This is a formidable threat at a time when a decisive alliance is being forged between the smartphone and artificial intelligence.

Article
The Rise and Fall of Innovation
Smartphone