The Myth of Human Enhancement

The Myth of Human Enhancement

Nathanaël Jarrassé
While transhumanism seeks to transcend the biological limitations of the human body, robotics researcher Nathanaël Jarrassé advocates a realistic perception of prostheses, which do not transform those who wear them into man-machines.

“Restoring the sense of touch of an amputee wearing an artificial limb,” “rerouting nerves to improve control over robotic prostheses,” “attaching a prosthetic arm directly to the bone:” laboratory innovations hold great promise for many patients. And yet, they pale in comparison with the technological feats depicted in science fiction films. With the proliferation on screen of cyborgs and “augmented humans” (as in Robocop and Elysium or the Deus-Ex video games), talks in certain military circles of the soldiers of the future, and the increasingly blurred boundaries between the real and the virtual, society already seems to be caught in what Roland Barthes called, nearly 60 years ago, “the oppressive divorce of knowledge and mythology” (Mythologies, 1957). According to the French philosopher, “science proceeds straight and fast in its course, but collective representations do not follow suit.” Today, as researchers, we see that such speculation tends to interfere with our work, and with the perception of our undeniable, although gradual, innovations.

A biased perception of technical reality

The disparity between society’s idealized fascination with technoscience and our actual work is exacerbated by the often simplistic popularization of technological advances. A form of sensationalism extrapolates scientific results and sparks impassioned debates, even within the research community, about “human enhancement,” even though we are only trying at this stage to “repair” the body. Given the militant position of certain transhumanist and technophilic groups, who plead for humankind to surpass its biological limits, and even for the advent of the “technological singularity,” it is essential not to lose sight of the reality of research and of amputees with prostheses, who are neither “hybrids” nor man-machines. In fact, one of the consequences of this disparity is that it gives certain patients a biased perception of technical reality, which of course falls far short of science fiction: none of the corporeal prostheses currently available actually “fuse” with the body, becoming a permanent part of it, or are truly “thought-controlled.” 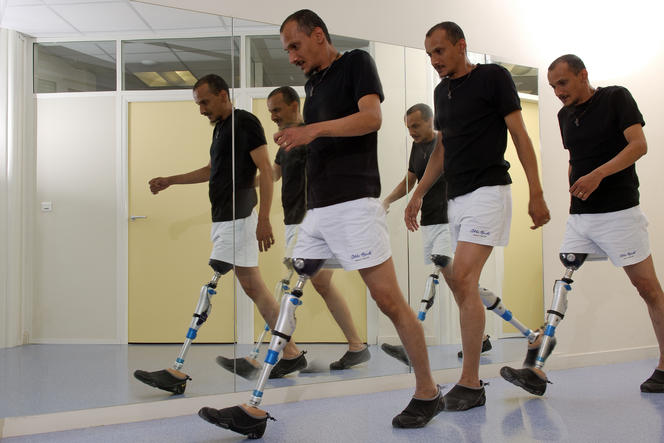 An analysis of the walking motions of a patient equipped with a prosthetic leg. 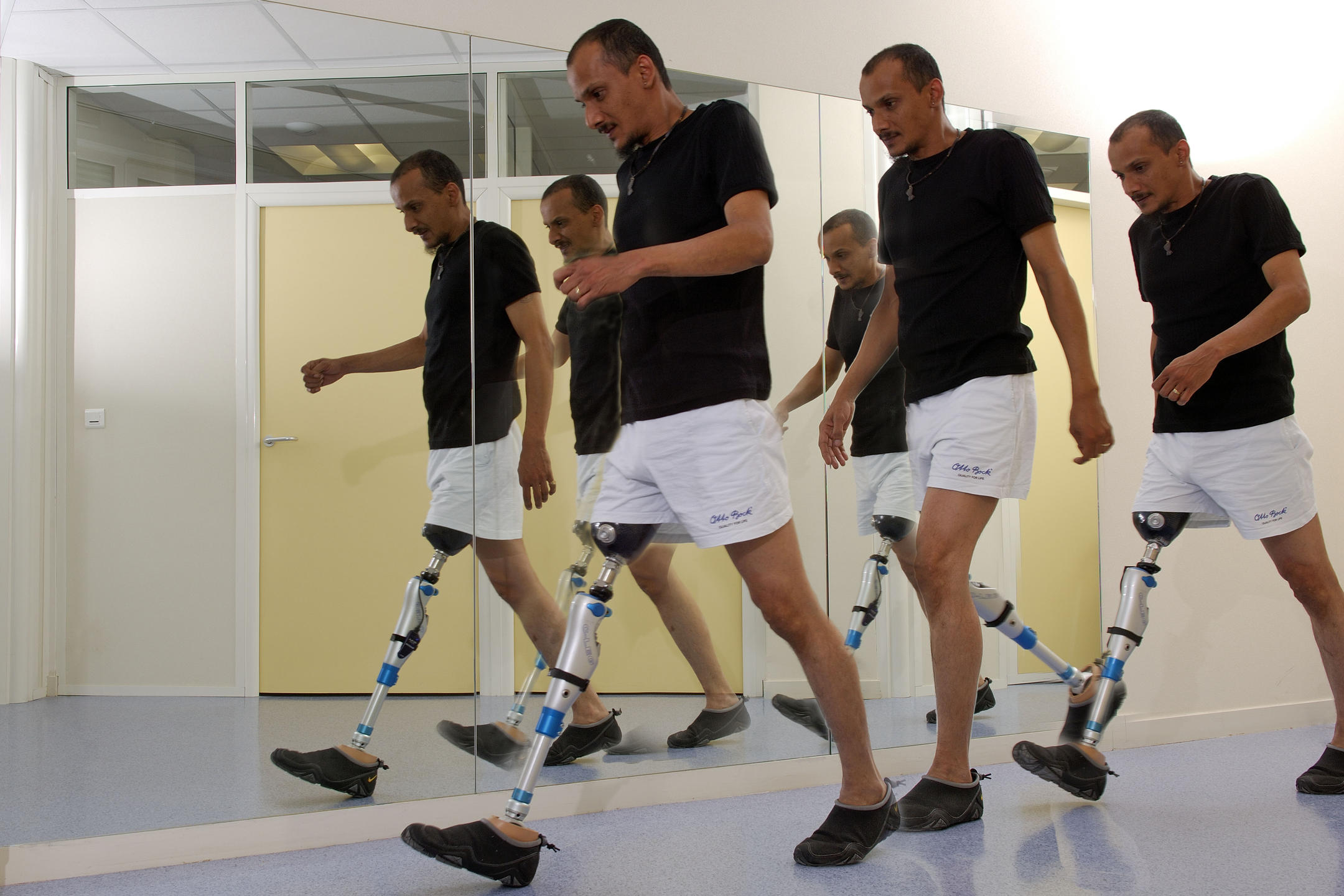 The disappointment is worsened by the collective assessment of technical performance, which focuses on the ability to perform a unique and predefined function—but that popularization tends to generalize. For example, the fact that an artificial intelligence system was able to beat a human champion at chess instills the preposterous idea that people are less intelligent than machines. Yet this is to ignore the fact that the primary purpose of a human brain is not to be programmed to play chess, but to carry out a virtually unlimited number of different tasks, whether motor or intellectual, thanks to its ongoing ability to learn.

Popular opinion concerning prostheses is subject to the same type of distortion and devaluation—hence the fashionable concept of “augmented human,” which confuses overall performance capacity with the isolated performance of a single task. With his carbon fiber blades, the athlete Oscar Pistorius can run faster than most, but people are less aware that he cannot stand up, walk slowly or swim without changing his prostheses. Overlooking this limitation, despite the fact that the human body is characterized by incredible technical versatility, contributes to destabilizing certain patients, who become dissatisfied with their prostheses.

Another myth propagated by fiction is the instantaneous mastering of such devices, the hope of immediately having full benefit of robotized limbs. In France, the prostheses now usually offered (and covered by national healthcare) to arm amputees incorporate a motorized hand that can be opened and closed and rotating wrist. Based on myoelectric technology (which uses electrical muscular activation signals measured by electrodes in the socket of the prosthesis), they require hours of training and practice to be controlled properly, and even longer for their manipulation to become instinctive. This can cause difficulties for users who are dismayed by the complexity and slowness of the learning process.

Here again, this perception ignores the actual time and effort involved in acquiring corporeal techniques. How long does it take children to learn balance, how to walk, and how to grasp objects? And how much effort does it take to gain skills that require sensorimotor expertise, like playing the piano, taking up a sport or doing plastic arts? An amputee with a prosthesis must start over from scratch and can easily forget all those years of learning. Some patients even lose heart and that opt for simpler mechanical, or merely esthetic, prostheses.

The dissemination of preconceived ideas also affects society’s perception of people with prostheses, which can have psychological consequences for the latter. As researchers, we must take into account the influence of social integration phenomena in the process of accepting and mastering a prosthesis—a technical device whose presence, as much as the amputation itself, remains a kind of stigma. This raises the question of whether the above-mentioned myths, by promulgating the image of the prosthetic body, reduce amputees’ feeling of being stigmatized, or on the contrary whether the over-representation of the hybrid body actually has the opposite effect, ultimately glorifying athletes, seen as “superhuman” celebrities.

The overexposure of the cyborg concept in the media has even given rise to an impassioned debate on the very purpose of prostheses, an area in which logic should prevail: who would dare question wheelchairs or crutches? Amputees, more or less “restored,” involuntarily become the focal point of discussions on the “enhancement” of a body whose limits they know only too well, at the risk of further complicating the image they have of themselves and the idea society forms of them.

Research advances have offered—and will continue to offer—tremendous benefits for amputees, as long as they are not led up the garden path. While popular myths have no doubt stimulated researchers’ creativity, they are now invading the field of robotics to the point that it has now become necessary, in addition to developing ever-more powerful and socially acceptable robots, to deconstruct the collective representations that hinder a fair perception of the true nature of humanness.

This opinion piece was originally published on CNRSlejournal in 2014. 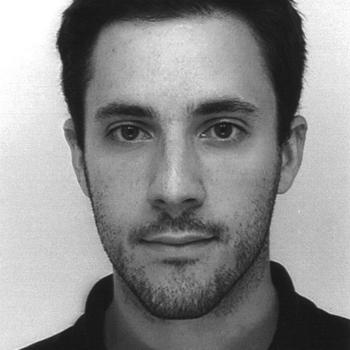