Aerial view of Beihai Harbor, Southwest China. Starting point of the ancient maritime silk route more than 2,000 years ago, the city is still today one of China's key export hotspots.
Huang Xiaobang/XINHUA-REA
Share
Share
China’s “One Belt One Road” initiative aims to connect the country with the Middle East, Africa and Europe, by land and sea, through a network of new “silk roads.” Economist Jean-François Huchet analyzes the geopolitical impact of this unprecedented project.

You are the former deputy director of the Asia GIS (Scientific Interest Group), specializing in the Chinese and Asian economy.1 Can you tell us about the new silk roads project, officially launched by Chinese president Xi Jinping in 2013?
Jean-François Huchet: The original idea was to create a modern version of the ancient silk roads, which provided trade links between Asia and Europe for hundreds of years. Consisting mostly of land routes, this network fell into disuse in the 15th century, for a variety of reasons, and was ultimately abandoned in favor of sea routes, which were plied by the ships of the East India Companies until the late 19th century.

“One Belt One Road” is an ambitious project that is often compared to the Marshall Plan, the economic aid program for Europe launched by the US after World War II. What are the main phases of this new scheme?
J.-F. H.: First of all, it aims to develop an infrastructure for the transport of goods from China to Europe via Central Asia, including new rail lines and a vast road network throughout the Eurasian continent. For maritime transport, it entails the installation of a series of port facilities in the Straits of Malacca, between the Malaysian peninsula and the Indonesian island of Sumatra. Other ports will be established along the coast of the Indian Ocean, in northeastern Africa and across southern Europe. In the second phase, specific economic zones will be created to encourage the local development of certain territories. The final stage of the project will probably enable the transmission of digital data along these trade routes, in particular through the installation of fiber-optic networks. 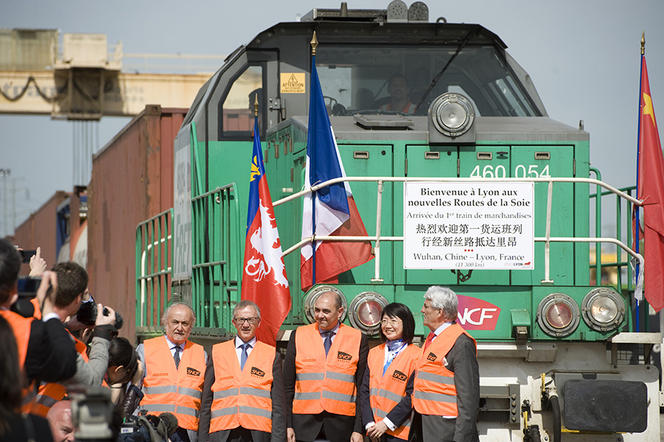 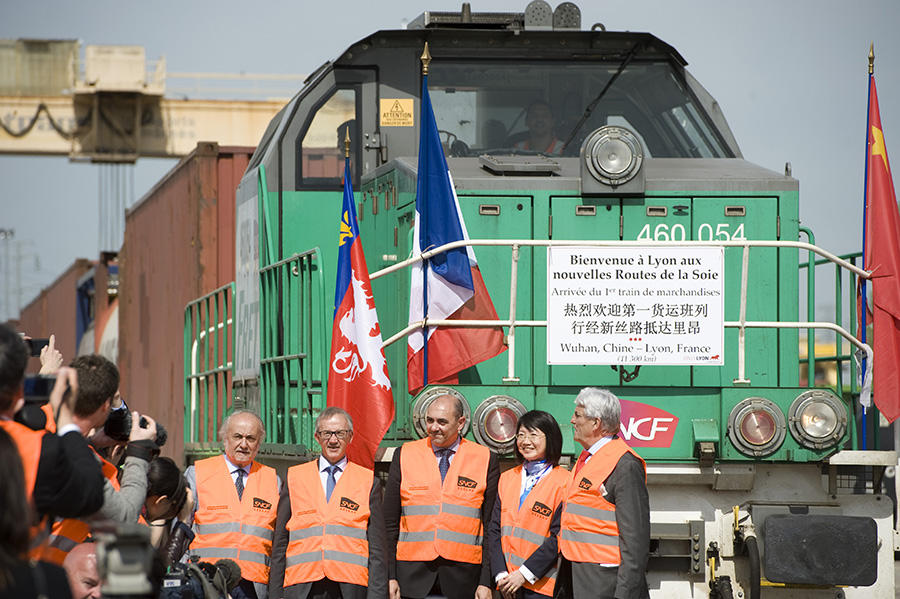 What is the estimated cost?
J.-F. H.:Today we’re talking about an overall budget of 800 billion to 1 trillion US dollars. For comparison, this represents five to six times the amount of the Marshall Plan (adjusted for inflation). Roads, railways and ports are emerging in Pakistan, in several Central Asian countries and in Europe. Yet at this rate, China's projected budget could soon be exceeded, given the tremendous infrastructure needs in those regions.

Can China afford such an infrastructure network?
J.-F. H.: China has set up an extensive financial system, with the backing of its own banks, as well as of international financial institutions it has helped to create and in which it plays a driving role. This is the case of the AIIB, which contributes to funding large-scale infrastructure and facilitating access to certain territories. China has considerable cash reserves, which it invested almost exclusively in US treasury bonds for many years, but whose use it has sought to diversify over the past decade. Although its growth is no longer what it used to be, China continues to generate a trade surplus, which is wise reinvesting outside its own borders so as not to trigger domestic macroeconomic imbalances like inflation. 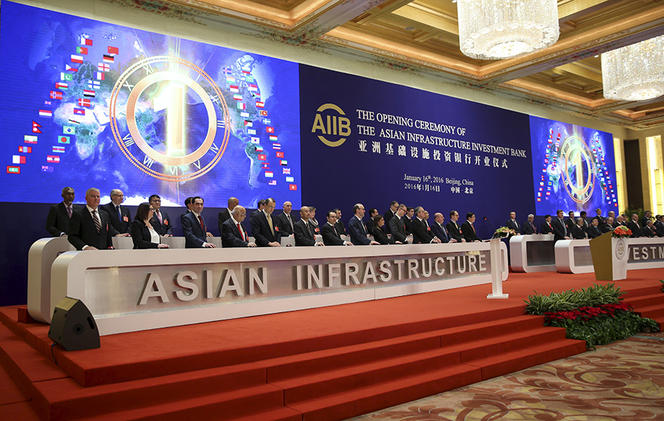 The Asian Infrastructure Investment Bank, inaugurated in Beijing in January 2016, was launched by China to play a key role in financing the "One Belt, One Road" project. 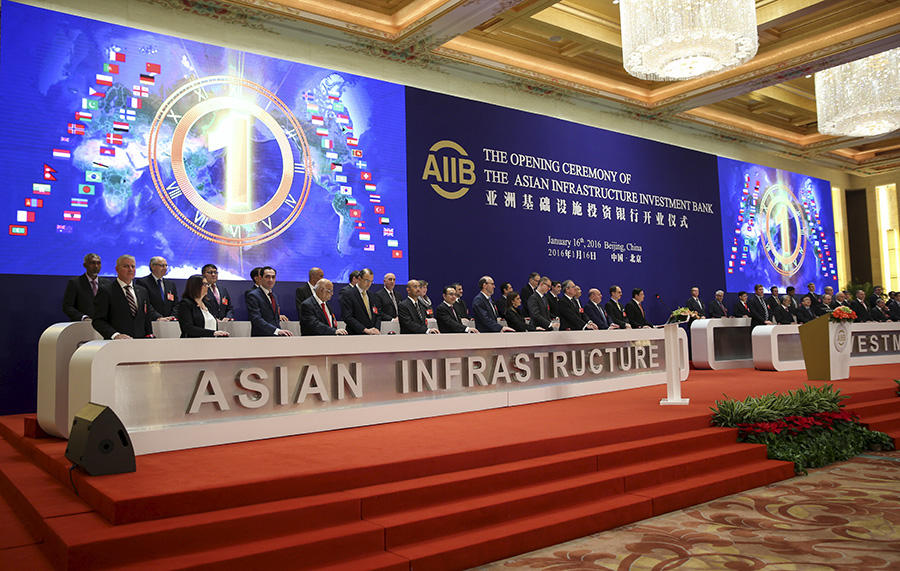 How do India and Russia see the massive influx of Chinese investments in what used to be their own geostrategic preserve?
J.-F. H.: Until recently, the land surface of the vast Eurasian continent was indeed under Russian influence, while its maritime activity was dominated by India. Those two countries have an understandably cautious approach to a project designed to expand the geopolitical reach of their powerful neighbor. Nonetheless, Russian-Chinese relations remain relatively good. A great deal of effort has been made in that direction over the past 15 years through the Shanghai Cooperation Organisation, which unites several countries of Central Asia. As for India, the main stumbling block is Pakistan, which is the beneficiary of a large-scale economic assistance program from China. The latter's aid for Pakistan is nothing new, but it has been stepped up since the launch of the new silk roads project. Even though India is not slow in expressing its disagreement, for example by boycotting the most recent talks on the “One Belt One Road” initiative, held in Beijing last May, it does cooperate in different ways, by participating in the AIIB and collaborating with China on other economic projects.

Are the other Eurasian powers capable of scuttling the Chinese initiative?
J.-F. H.: It seems highly unlikely. In Central Asia, countries like Uzbekistan, Kazakhstan and Kyrgyzstan receive aid from Chinese institutions that pose no problem to the other three powers concerned by the project—India, Russia and Iran. In my opinion, the risks are more likely to come from the politically unstable Eurasian regions along future trade routes, like the Fergana Valley in Uzbekistan, Balochistan or Kashmir, disputed between India and Pakistan, and whose evolution China cannot predict in the short or medium term.

How will this Chinese initiative reshuffle the geopolitical alliances in the Eurasian region?
J.-F. H.: For the moment, we are not seeing the emergence of a Russia-China axis in opposition to India. Yet some sort of alliance seems to be forming between the Russians and the Chinese, as reflected in China’s support for its neighbor after the sanctions levied against it in 2014 by the US and the European Union for its role in the Ukrainian crisis. China has become the main investor in the Russian economy, while Russia is now China’s leading supplier of petroleum and natural gas. Nevertheless, the Middle Kingdom has every reason to keep its dealings with Russia purely economic—should they turn political or military, the relations between these two superpowers may well become much less amicable. 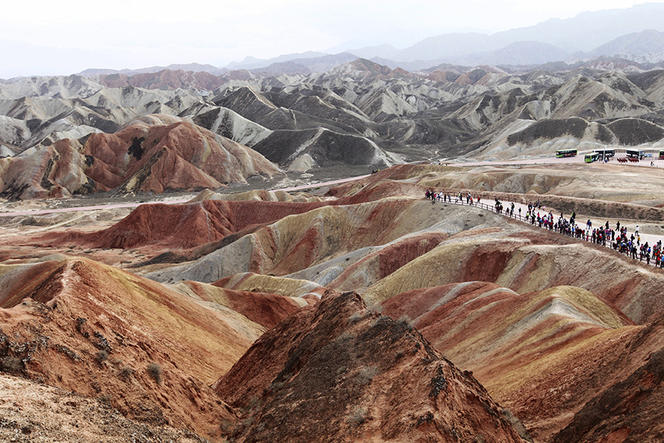 A major tourist attraction, the rainbow mountains of Zhangye National Geopark, in Gansu Province, still have visible traces of the ancient Silk Roads that were abandoned in the 15th century. 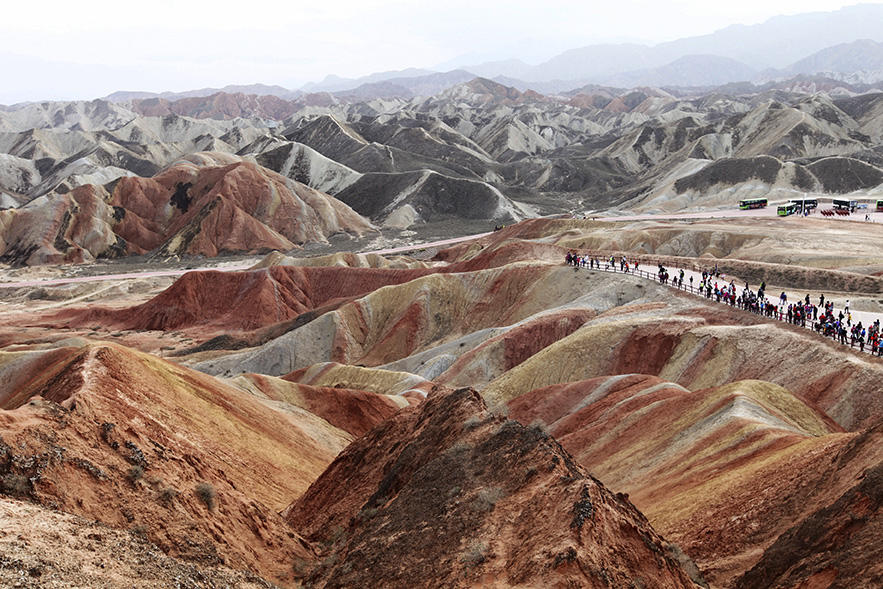 ​How does Japan, which has long dominated this part of the world, perceive China’s desire to expand its economic influence?
J.-F. H.: No doubt the two countries are in competition, in particular through financial institutions, with the China-controlled Asian Infrastructure Investment Bank (AIIB) on one side, and the Japan-dominated Asian Development Bank, on the other. For the moment, Japan is maintaining its observer status, like the US, its longstanding ally. However, for several years now the Land of the Rising Sun has been perfectly aware of the Chinese giant’s ambitions to increase its power beyond its borders, as illustrated by the recurrent conflicts between both countries in the China Sea, not only concerning petroleum and fishing resources, but also with regard to military expansion. At the same time, Japan has no real influence in the Eurasian region, and could be led to join the “One Belt One Road” initiative if it gets US approval.

What is Europe’s position on this new silk roads project?
J.-F. H.: Europe is still not clear on this subject, especially because China's perception of the European regions is not the same as Brussels'. For example, it makes a distinction between southern European nations and the former socialist states of Central Europe. And Brussels is not keen on seeing other countries traditionally anchored in the European zone, even those that are not part of the European Union, such as Serbia, making China a key economic partner.

Article
Feminicide: naming the crime in order to fight it
Geopolitics

Article
The poles at the centre of the world stage
China

Opinion
World War I: Asians on the European Front