Realities in the field are weaving the “New Silk Road”

Realities in the field are weaving the “New Silk Road”

Workers in Bekasi, Indonesia, walking on a beam at a construction site for the Jakarta-Bandung high-speed train (15 August, 2020).
Zulkarnain / Xinhua News Agency / Newscom / MaxPPP
Share
Share
A set of economic and commercial goals, dubbed the “New Silk Road”, is one of China’s flagship development projects. CNRS News takes an analytical look at a network that is more complex and less unilateral in practice than one might think.

In the autumn of 2013, the president of the People's Republic of China unveiled a massive, multifaceted construction project aimed at connecting the Eastern and Western worlds. The new infrastructures, including ports, roads, and railways, are intended to stretch from eastern China to the Atlantic coast of Europe. Since its inception, President Xi Jinping has made this programme a symbol of his country’s modernity and international development. He also describes it as being modelled on the traditional “Silk Road”, a historical trade network whose origins are lost in antiquity.

A vision built on trade networks

This reference conjures up the image of a country faithful to its past and at the same time looking to the future, ever dynamic and eternally prosperous. However, “the expression ‘Silk Road’ was coined in late 19th century by the German geographer Ferdinand Von Richthofen,” notes Adèle Esposito, a CNRS researcher at the Research Institute on Contemporary Southeast Asia (IRASEC).1 “Investigations in the field had led him to understand that a network of trade routes linked Asia to Europe.” Silk was one of the key products of this network, but there were also spices, other fabrics and materials, etc.
“We mustn’t think of it as a well-delineated road across the land,” Esposito adds. “It was actually a vast transportation network that developed over several centuries, and that we more or less associate with this mental image.” Similarly, the modern-day Chinese project does not correspond to a specific route. In fact, the original designation “One Belt One Road” was abandoned in 2017, replaced by the “Belt and Road Initiative” (BRI).

The idea is to emphasize that multiple transportation routes are being developed. “Some go through Southeast Asia,” Esposito points out. “More often than not, they link northern and southern Asia, or Japan to the continent, for example.”

Much research is underway in the social sciences to foresee these developments, their underlying motivations and their consequences. “Schematically, we can distinguish two major directions of research, which are not necessarily exclusive,” the researcher explains. “One focuses on the economic goals behind the BRI and the other on its geopolitical purpose.” In the former case, the work revolves around the idea that China is undergoing a phase of overdevelopment, and has built up so much manpower, expertise and production capacity that it needs to export more of its output worldwide. 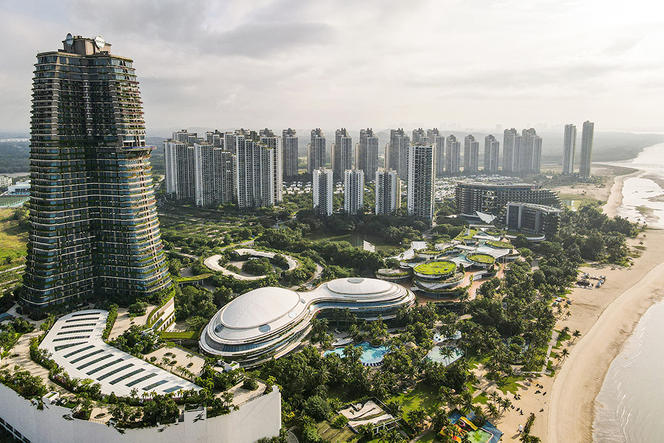 The newly-built Forest City in the Malaysian state of Johor, just across from Singapore. It includes four artificial islands built on the sea. The project, originally intended for Chinese residents, was linked to the BRI by the Malaysian authorities in order to obtain financial backing. 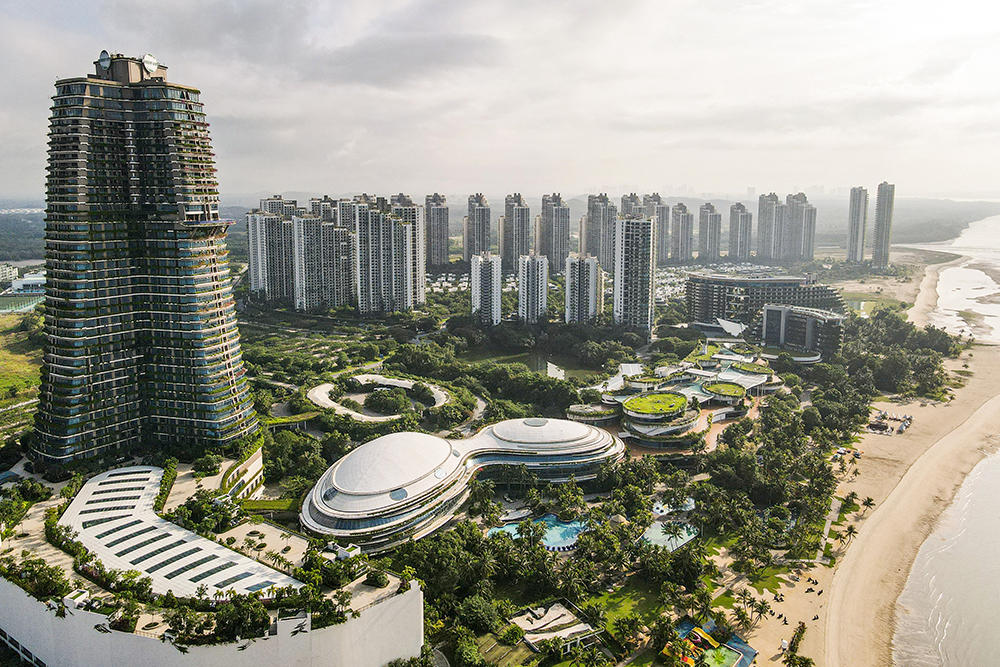 The newly-built Forest City in the Malaysian state of Johor, just across from Singapore. It includes four artificial islands built on the sea. The project, originally intended for Chinese residents, was linked to the BRI by the Malaysian authorities in order to obtain financial backing.
Mohd Rasfan / AFP
Mohd Rasfan / AFP
Share
Share

In geopolitical terms, the research concentrates on the role that the BRI plays on the international scene and the evolution of cooperation between China and so-called “weak economy” countries (Laos, Cambodia, Thailand…), as well as the effects of deploying large-scale infrastructures throughout the world. “One could presume that the BRI comprises a set of mechanisms for imposing a model,” Esposito cautions. “On the ground, however, things are not quite so unilateral.”

One example is Thailand, whose government in 2016 began developing a vast “Eastern Economic Corridor” to promote the country’s industry. This project makes use of existing Thai infrastructure dating from the 1980s, and originally had nothing to do with the BRI. Yet local forces have lobbied for its integration in order to obtain Chinese investments. “Far from being passive and depending on the development of their powerful neighbour, they are on the contrary proactive, and therefore contribute to defining the future outlines of the BRI,” Esposito emphasizes.

Another example is Malaysia, where a development project to build artificial islands, called the “Melaka Gateway”, had trouble finding investors. The Malaysian authorities incorporated it into the BRI in order to receive financial support. “If we look at the entire evolution of the programme – which has since been abandoned by the Chinese investors for other reasons – it is clearly not not a case of China imposing its will on Malaysia,” the researcher explains. “The initiative was also backed by local players.”

However, studies focusing on this type of bilateral relation, and on the resulting transformations in small cities or even individual neighbourhoods, remain few and far between. “The approaches are often quite broad,” Esposito says. “The researchers usually look at how this vast programme is likely to transform the urbanisation process worldwide, or to foster urban homogenisation, for example.” In order to encourage more specific contextual investigations, since 2020 Esposito has been coordinating a project called VinoRosa, for “Villes de la Nouvelle Route de la Soie en Asie du Sud-Est” (“Cities of the New Silk Road in Southeast Asia”).2 “We are working mostly on the so-called secondary cities, whether medium or small-sized,” explains the researcher, a specialist on Chiang Mai, Thailand (which has a population of approximately 130,000). “This allows us to observe more closely the dynamics and transformations induced by more or less direct relations with the BRI in cities that are looking for ways to drive development.” 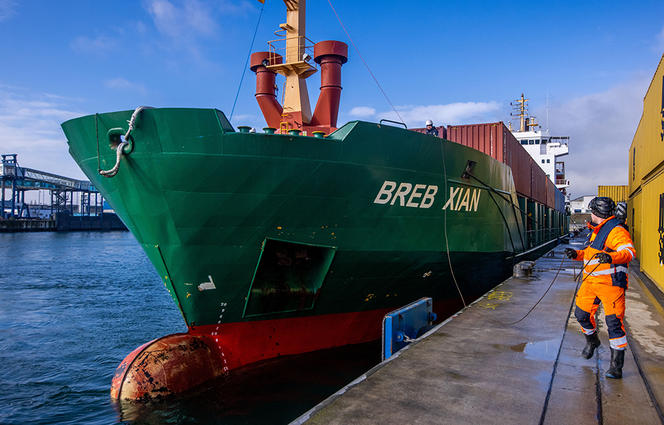 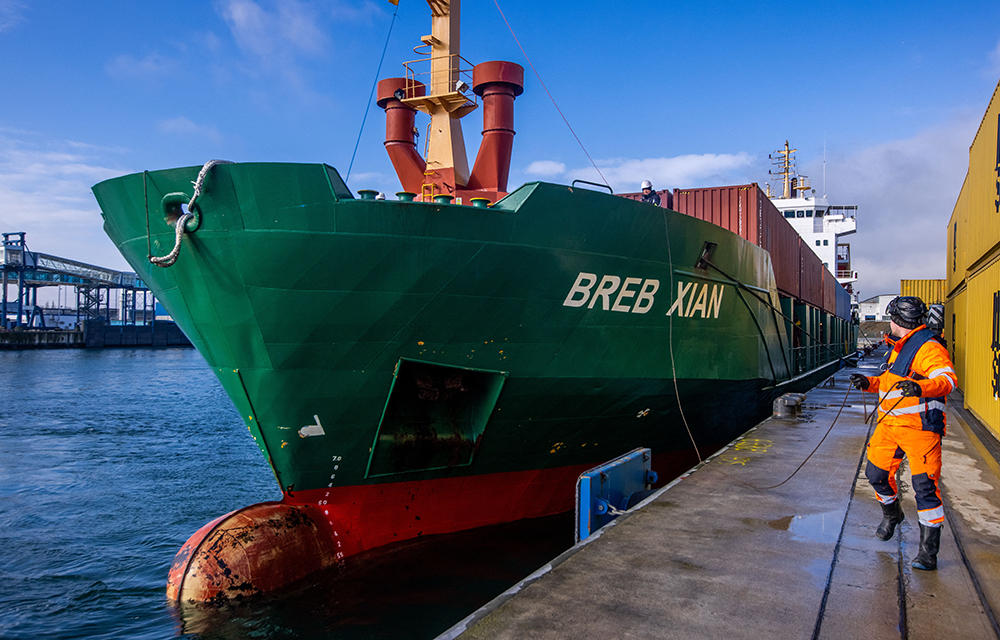 The key point is to moderate the image of an imperialistic China seeking to impose its will on the rest of Asia. “This is sometimes true, but things are always more complex in the details,” Esposito adds. “That’s why we want to get away from an overly global viewpoint and study exactly what is happening on a local scale.” In Chiang Mai, for example, it is difficult to say whether the city is part of the BRI or not. “It’s all a matter of degree,” the researcher says. “The cities are more or less closely linked to a network and to the vision of a perennial Asian trade route.”

In addition, Chinese buyers are using the network to develop their businesses, but also, at times, to escape some of their own country’s policies that are deemed overly repressive. “This is different from the intended purpose of the BRI, and runs counter to the Chinese authorities’ desires. But it’s also an outcome of the project,” Esposito concludes. More generally, the goal of the VinoRosa project is to reveal this complexity while improving the current understanding of China’s actual influence in the world.

Article
Art and the ages of life
Geopolitics