Members of the world champion RoboBreizh team at the 2022 RoboCup.
RoboBreizh / ENIB / IRL Crossing / Lab-STICC / LITIS
Share
Share
The French RoboBreizh team won the main event at RoboCup 2022, the world's most prestigious robotics tournament. It was in the "@Home" category, which focuses on home help, that the Brest team's expertise in embedded programming made the difference.

These somewhat particular Olympiads included a series of events ranging from playing football to the art of having tactless guests follow rules of behaviour. But what is most particular is that all of the participants are robots. RoboCup, often considered the world's most important and prestigious robotics tournament, has been held for twenty-five years.

After two editions that were held remotely, this year it finally took place in public in Bangkok, Thailand from 11-17 July. Over 3,000 robots and 3,500 competitors from forty-five countries took part in the various events. The competition was divided into five primary leagues: football, rescue operations during catastrophes, domestic tasks, home help services, industrial robotics, and a section reserved for juniors. These leagues were then divided into sub-categories based on the degree of freedom allowed with respect to the robot's design. Some were conceived from scratch by participating teams (of humans!), while in others everyone used the same model of robot, such as the well-known Nao and Pepper. Programming was the only factor that differentiated the competing teams. In the "@Home" league dedicated to home help, the French RoboBreizh team led by Cédric Buche1, currently under CNRS delegation at the Crossing international research laboratory,2 won first prize in a category where all participants used the humanoid robot Pepper. Approximately 1.2 metres tall and mounted on wheels, it was designed by Aldebaran Robotics (subsequently bought by SoftBank Robotics/United Robotics Group), and its production was completed in 2021.

"There was another '@Home' domestic robotics competition that involved designing a robot, but we felt that everything came down to the computer engineering and programming component," Buche explains. "It would be like everyone racing with the same model car in Formula 1. That's the format I prefer."

Over a period of five days, teams had to program the robot to carry out domestic tasks. For example, it had to welcome guest at a fake apartment by opening the door each time they rang, and then notifying the host of their arrival. Pepper also had to ensure that the guests followed certain instructions, such as taking their shoes off when inside or not entering a certain room, all while ensuring that everyone had a glass. However, the artificial intelligence (AI) algorithms used to achieve these feats had to function on Pepper's processors, which today are far from cutting-edge in terms of computing power. "The teams took turns, and the planners had fun making changes, such that not everything could be programmed in advance," Buche adds. "For example, Pepper had to react appropriately if a guest went into the room that was off-limits and stayed there, as well as to recognize who disobeyed the same instructions multiple times during the evening and convince them to stay in line!" The robot is equipped with a base system of a few functionalities, but the RoboBreizh team, which was participating in the RoboCup for the first time, preferred wiping everything clean and starting from the ground up. It also decided to limit itself to Buche's specialty—an entirely embedded system—which deprived Pepper of Internet access and the many AI solutions offered online, notably by GAMAM. 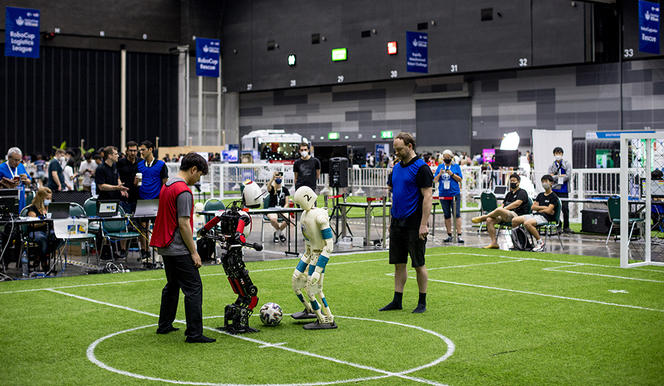 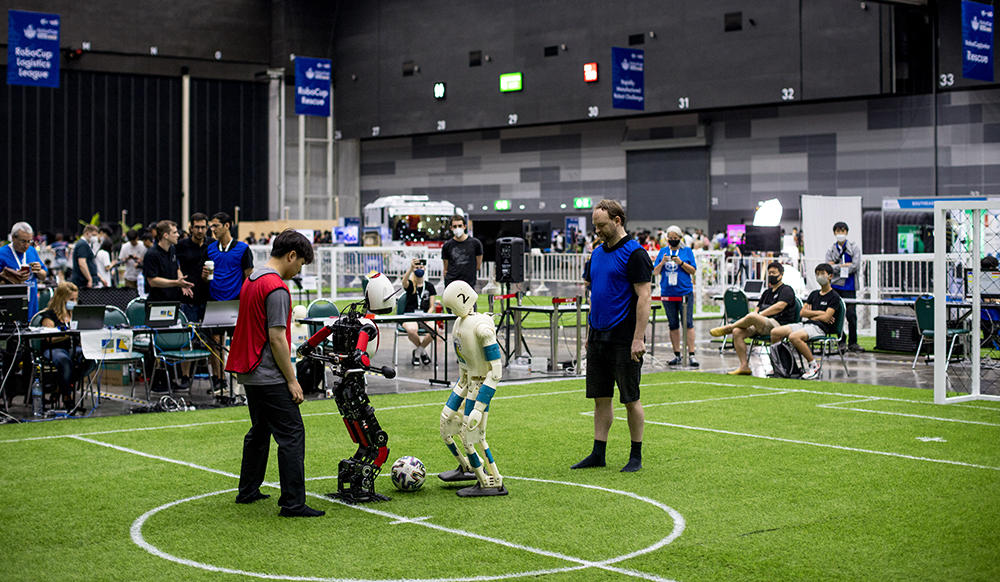 "We were all essentially tied at the end of the first day, but we separated ourselves during the following days. We are the only ones who used an entirely embedded system, which is to say without constant external communication. This approach may seem less effective at first sight, but we felt it was too risky to transmit information in an environment as noisy and complex as RoboCup, given the number of people per square metre sending data over Wi-Fi to a machine! This radically different solution played in our favour, even though our Pepper's shoe detection was particularly difficult, with its low definition camera (320 p) and a processor with the computing power of a mobile phone from ten years ago." The choice of this fully embedded approach was not solely due to the competition’s conditions. It was also driven by the practical applications for such robots, which are often designed for elderly or dependent persons who do not necessarily have good Internet access. The constant transmission of data for online analysis also involves a substantial energy and environmental cost. Finally, a fully embedded solution has the major advantage of data confidentiality, especially for images, which are processed locally in the robot rather than being sent to the cloud.

In addition to serving as a media showcase to familiarize the general public with these robots, these competitions provide an opportunity for researchers to grasp the discipline's state of the art within a situational context.  "During the events, robots have to function within frameworks that are not entirely foreseeable, which is what makes the operation especially interesting. When you are locked away in a laboratory comparing algorithms and benchmarks, you end up going in circles."

Major gatherings such as RoboCup are excellent opportunities to meet other researchers and industrial actors, and are also very popular among doctoral students and interns, who often make up most of the troops. "Many students receive job offers," says Buche with enthusiasm. French teams have shown great talent during these international competitions. "There is clearly French expertise in this area. French teams won a number of victories in the junior categories, and the Rhoban3 team from Bordeaux came in second during a football event that it had already won four times in a row in the Humanoid Kid-Size league during the previous editions . We have nothing to be ashamed of in comparison to major teams, especially those from Asian countries." There was a final sign of France's success and position in robotics competitions—the 2023 RoboCup will be held in Bordeaux.

Opinion
Is a Robot just another "Animal"?
Robot