HAMILTON/REA
Share
Share
Since 1981, the surveys conducted every ten years by the European Values Study programme have assessed the values and beliefs of Europe’s citizens. To mark the launch of the book La France des Valeurs, a look at the latest trends in France.

What are the most significant values in France? How have they evolved over the past 40 years? On April 25, a team of researchers published La France des Valeurs,1 a book summarising the findings of the French section of the European Values Study (EVS) survey.2 The goal of the EVS is to use quantitative surveys to shed light on trends in our societies, across all main aspects of life, such as work, family, politics, religion, economics, morality and social interactions. The latest survey, conducted in 2018, suggests that the French have become more tolerant and altruistic, and also more critical.

The evolution of values

“This survey resulted from an initiative by an international group of researchers who wanted to investigate the question of unity in Europe,” explains Frédéric Gonthier of the Pacte Social Sciences Research Centre3 and a senior lecturer in political science at Sciences-Po Grenoble (southeastern France). “They were concerned that the continent’s moral and religious foundations might be deteriorating with the rise of secularisation and individualism.” The goal was, and still is, to understand the evolution of European values, which researchers define as deep-rooted, broad, lasting convictions, based on national principles expressed in each country. “Acquired in early childhood, they provide the essential guidelines for deciding what is good, effective, fair, legitimate or true,” the academic adds. “The values of individuals evolve very little over the course of a lifetime. They are different from opinions, which are more volatile and context-sensitive.” In other words, they change slowly and tend not to become outdated. Yet measuring them means collecting data that is comparable over time and not linked to any structural or cyclical events.

Part of the interviews is based on a random selection of 1,870 individuals aged 18 and older. The remainder is an additional sample of 721 young people from the 18-29 age group, singled out using a booster quota method, which is considered more stringent than the standard techniques used by polling organisations. 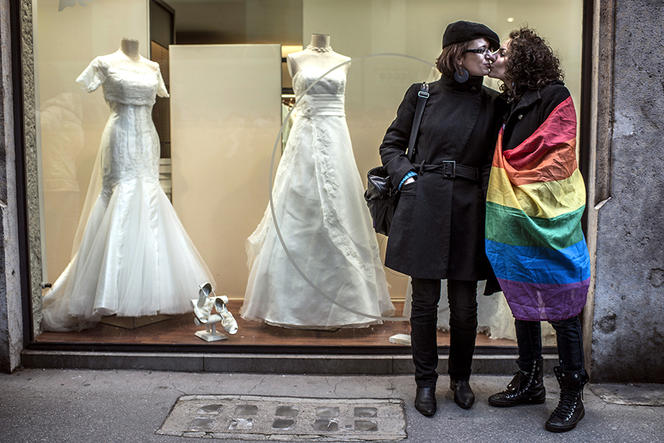 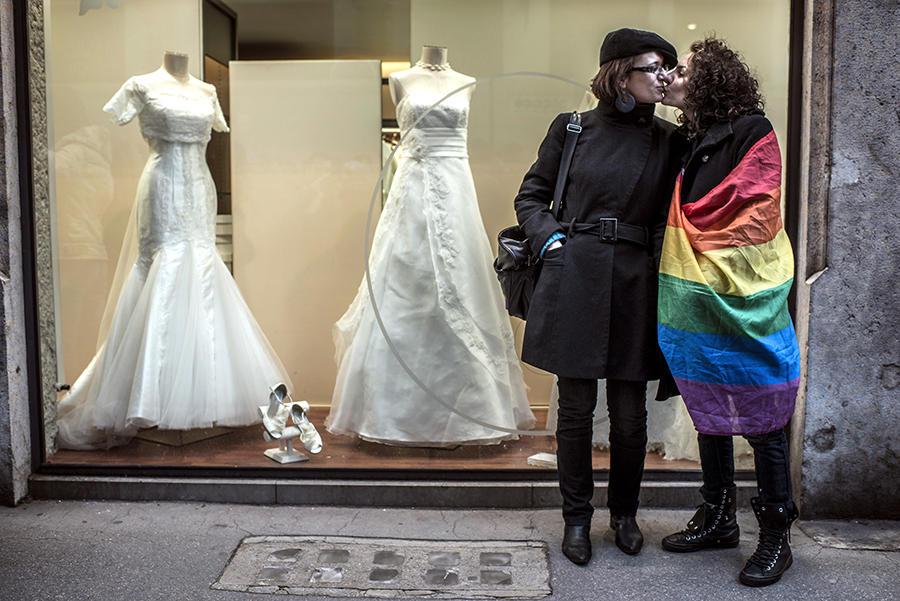 “The survey took nearly five and a half months in the field, following very strict specifications to cover the entire territory as thoroughly as possible,” reports Pacte engineer Sandrine Astor, who oversaw the fieldwork in France in liaison with the European coordinators and Kantar Public, the institute in charge of conducting the interviews. “The main sample was put together in three steps: first, we selected survey points at random, taking the size and geographic distribution of municipalities into account. We then chose specific home addresses, before picking one person at random from each household. For the additional sample, the individuals were designated considering specific criteria like age, gender, educational level and profession.”

Once at the respondent’s home, the highly-detailed questionnaire was administered directly by a survey-taker, a process that lasted an average of 50 minutes. Ultimately, 27% of the addresses selected at random and submitted to the pollsters resulted in a refusal to participate.4 As Frédéric Gonthier points out, the survey has expanded in terms of both time and space since 1981, which poses a double challenge: to preserve the comparability of the questions and underlying concepts over time, while using new tools to improve the quality of the results. For example, the latest study included fewer questions regarding work and more on adherence to democratic values. New topics were also introduced, including immigration, the crisis of political representation and the future of Europe.

So indeed, what are the main values that structure today’s society? One firmly entrenched principle is the growing loosening of moral standards. “The French want to choose how they live,” notes Pierre Bréchon, professor emeritus at Science-Po Grenoble. “This is reflected in all aspects of life, with the acceptance of divorce, abortion, homosexuality, suicide, euthanasia…Self-empowerment, the refusal of constraints, self-fulfillment: everyone wants to have their say. In 40 years the moral liberalism index has risen considerably, from 4.3 to 6.4 on a scale of 1 to 10.” Economic development, secularisation and the reduced influence of great institutions partially explain the rise of values linked to individualisation. 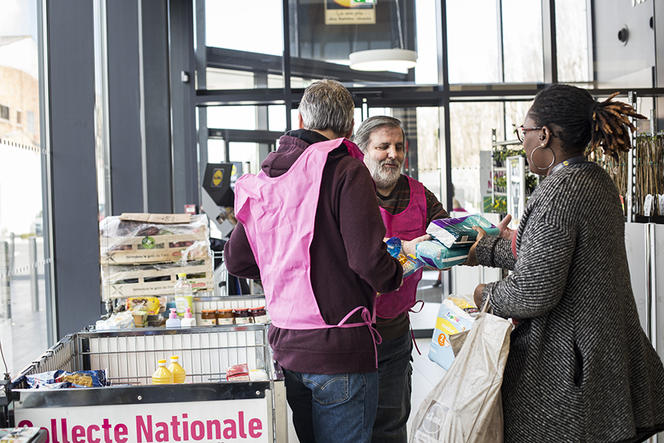 Volunteers for the food aid group Restos Du Cœur collect donations from customers in a supermarket near Paris. 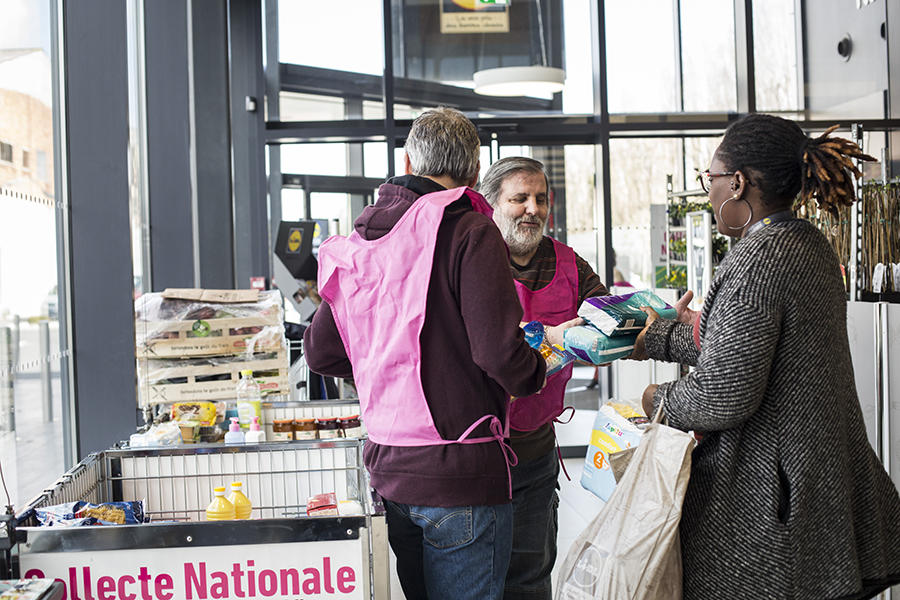 Contrary to the alarmist outcries lamenting the loss of social ties and the decline of national cohesion, increased moral tolerance goes hand in hand with another key trend: the rise of altruism. Since 1990, the French have expressed growing concern regarding the living conditions of the elderly, the sick and the disabled – along with those of immigrants and the unemployed, according to Frédéric Gonthier. “Although one might have expected the Great Recession to slow this trend, encouraging inward-looking attitudes, concern for others rose sharply between 2008 and 2018. Better still, it mostly grew among the young generations, who are nonetheless among the most vulnerable during an economic crisis. In short, altruism has proved to be recession-proof.”

The French have thus valued individual freedom for the past 40 years, but this is not the only principle they uphold. The results show the emergence of a desire for authority, on several levels. “Do what you want in your private life, but respect public order,” Pierre Bréchon sums up. Not paying train or bus fares, applying for undeserved benefits, accepting a bribe, cheating on one’s income tax return: everyday incivility, along with white collar delinquency, is less and less tolerated in society. To secure greater individual freedom, one has to follow the rules.

The French have become less conformist, slightly more politicised and more critical. “On the one hand, they claim to be highly dissatisfied with the way the political system works,” Frédéric Gonthier points out. “Many even think that France is not governed democratically. Alternatives to democracy, such as entrusting the government to experts or to a single strong leader, appeal to half and to a quarter of the population, respectively. On the other hand, nearly 90% of those surveyed support the principle of a democratic government and consider it important to live in a democratically-governed country.” For the researchers, this is not so much a rejection of democratic principles as a crisis of the electoral process and political representation.

Generally, our value systems are ever more complex. According to the researchers, as the educational level rises, individuals have developed forms of cognitive sophistication that enable them to assimilate values that may seem contradictory at first glance. “In an increasingly uncertain environment, perceived by many as threatening, improved security in the public sphere is seen as an essential condition for freedom of choice at the individual level,” the academic explains.

Differences of income, educational level, civic involvement and interest in politics result in distinct economic and social preferences. However, in many areas these influences are no stronger today than they were 40 years ago, the scientists note. Nevertheless, political orientation and partisan inclinations remain strong divisive factors. “It seems as though political identity has a tendency to encapsulate and organise multiple, sometimes conflicting senses of belonging,” Frédéric Gonthier explains. “And here we must understand ‘political identity’ in the broadest sense of the term.” The lack of a clear political affiliation is also highly structuring. As evidenced by the Gilets Jaunes (“Yellow Vests”) movement, which confirms the existence of a strong demand for change in the democratic and social justice system, not everyone identifies with the traditional political categories and party lines. Looking back over four decades, there is no crisis of values in France, the researchers conclude, but its citizens have become more pessimistic about the quality of democracy and the policies being enacted. 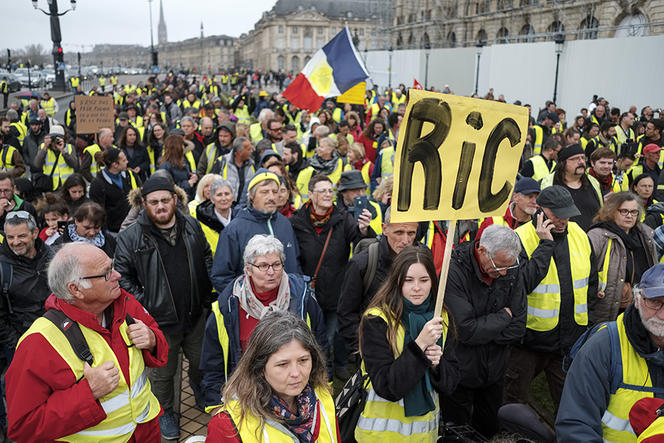 A Gilets Jaunes (“Yellow Vests”) demonstration in Bordeaux on 9 March, 2019. 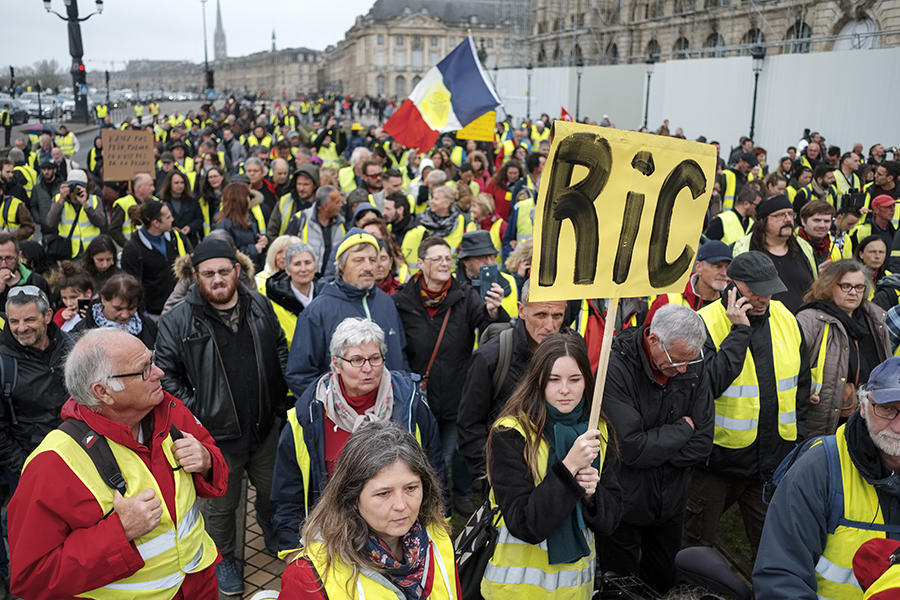 In comparative terms at the European level, the 2008 survey had revealed four main value groups: a participative Europe, a more individualistic Europe, a rather traditional Europe and an authoritarian-leaning Europe. France fell into the first category. Ten years on, the French seem to confirm these trends, becoming less religious, quite politicised and critical, generally open to others and socially very liberal. Meanwhile, the researchers still have a great deal of data to analyse. The first EVS survey covered about ten Western European nations, compared with 40 today. The results for the other countries will be released in 2020. Will they redraw Europe’s moral landscape?