A Nobel for Gravitational Waves

A Nobel for Gravitational Waves

Published in 1915, Albert Einstein’s equations of general relativity implied the theoretical existence of two phenomena that had been unknown until then, and impossible to observe at the time: gravitational waves and black holes.

After a search that lasted half a century, physicists—more precisely those working since 2007 as part of the international collaboration associating the LIGO (US) and Virgo (Europe) observatories—have finally found the Holy Grail: the first direct observation of a gravitational wave caused by the collision of two black holes. Not only does this discovery further validate Einstein's theory, it also brings astronomy into a new era by providing an entirely novel way to observe the most violent phenomena in the Universe.

A long time ago, in a galaxy far away, two black holes each weighing approximately 30 Suns that revolved around one another, finally collided (at a mere 200,000 km/s) before merging—a phenomenon called coalescence. Named GW150914, this cataclysmic event converted energy equivalent to 3 solar masses into gravitational waves in a fraction of a second. It is these waves, generated over a billion light years away from Earth, that the two giant laser interferometers of the LIGO observatory—one in Louisiana, the other 3000 km away in Washington state—observed simultaneously on September 14, 2015, at precisely 11:51 AM.

“This double detection and the strength of the recorded signal ensure that this is not a false alarm,” explains Benoît Mours, scientific director at the LAPP1 and principal investigator of the Virgo project in France. “According to our verifications, random noise in the form of GW150914 is so unlikely that it would only happen once every 200,000 years.”

Double detection and signal strength ensure that this is not a false alarm.

This direct observation is first and foremost a striking confirmation of the validity of the theory of general relativity and one of its most revolutionary predictions. It is also a technological feat, as Einstein himself believed that distortions of space-time caused by gravitational waves were so minute that they would never be directly detectable.

“For astrophysics, this discovery can be compared to that of the Higgs boson for particle physics,” enthuses Tania Regimbau, astrophysicist in the Virgo-Artemis2 group. “And this parallel works for the way it was discovered—by an international collaboration lasting many years, bringing together hundreds of researchers to analyze pooled data—and for the result—the experimental validation of a century-old theory paving the way for an entirely new type of astronomy.” 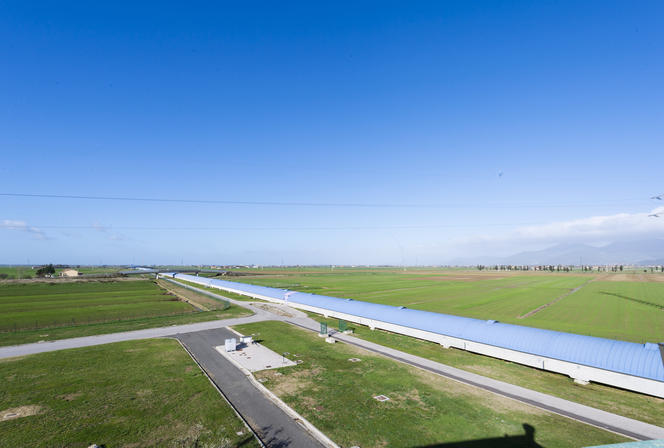 The 3 kilometer-long west arm of the Virgo interferometer which houses one of the two moving laser beams. This detector measures the contractions of space caused by passing gravitational waves. 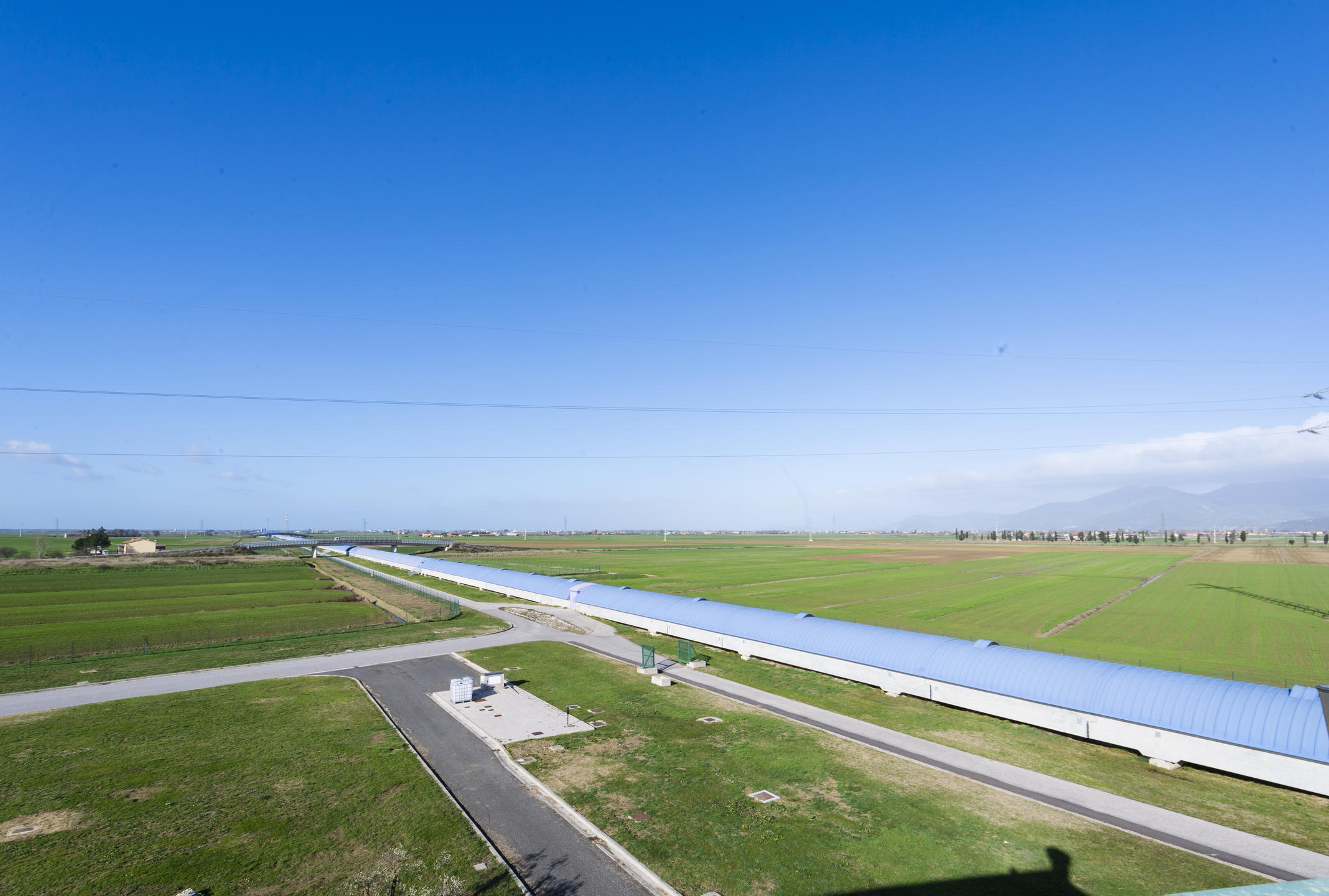 A new course for astronomy

Indeed, after electromagnetic waves (light, radio waves, X-rays, etc.), which make it possible to observe the most distant of cosmic objects and phenomena, gravitational waves will now allow astronomers to directly study extreme events and look back even further in the history of the Universe. Restarting the Advanced Virgo detector in Italy, whose data will be combined to that of LIGO, will give researchers a gravitational observatory capable of identifying and locating the source of these waves with even greater precision. Japan’s KAGRA should complete this network in 2018. They will be joined, in the 2030s, by eLISA, three satellites combined as an interferometer that will try to directly observe gravitational waves from the Big Bang. The era of gravitational astronomy has dawned.