A Multi-faceted Approach to HIV Prevention

A Multi-faceted Approach to HIV Prevention

At the heart of the new preventive strategy is Truvada, a drug for people at risk who are not HIV-positive. This treatment is already available in France, Belgium and the United States.
THOR SWIFT/The New York Times-REDUX-REA
Share
Share
Ahead of the 9th International Conference on HIV Research which ended last week in Paris, UNAIDS published its latest figures on the epidemic. 1 million people died of AIDS in 2016, and 1.8 million were newly infected with the virus. Before a vaccine can be found, new preventive methods are already reshuffling the cards.

Although the situation is improving—the number of AIDS-related deaths has been halved in fifteen years and now reaches 1 million—the HIV epidemic is still far from vanquished. According to the recently-published UNAIDS report, there are 36.7 million seropositive individuals worldwide and 1.8 million were infected by the virus in 2016. And the situation varies between regions: two-thirds of seropositive individuals live in Sub-Saharan Africa, with a peak of prevalence in South Africa where 20% of the population is believed to be affected. Today, UNAIDS is promoting a world-scale strategy of "multi-faceted prevention." Governments are setting up new tools for prevention, screening, and medical care.

A strategy of multi-faceted prevention

PrEP: four few letters that hold great promise. Pre-exposure prophylaxis could indeed revolutionize HIV prevention. “A preventive treatment, PrEP can protect seronegative individuals against HIV,” explains Bruno Spire, senior researcher at the Inserm and honorary president of the AIDES charity. “It specifically targets high-risk individuals who are strongly exposed to HIV.” Approved by the world health authorities at the end of 2015, PrEP is already available in France, Belgium and the US—and should soon be the subject of feasibility studies in four West African countries (Burkina Faso, Côte d’Ivoire, Togo and Mali). “But we should not make the same mistake as with antiretroviral therapy, which took more than ten years to reach the African continent,” Spire points out. Particularly since the drug that is used—Truvada, a bitherapy already prescribed with other antiretroviral agents—already exists in a generic form. 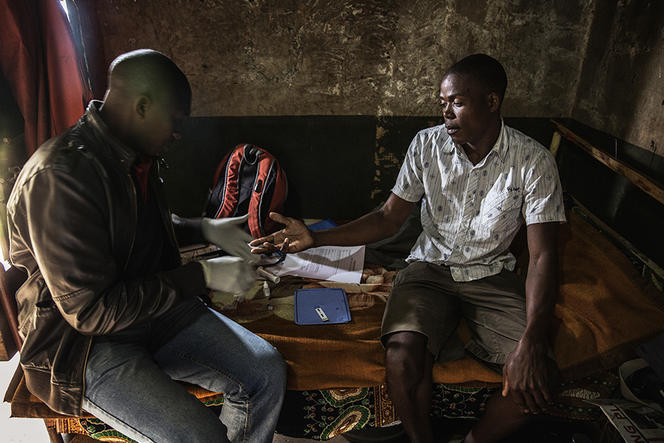 A South-African sugar cane plantation farm worker gets tested for HIV. In this country, it is estimated that 1 out of 5 individuals is seropositive. 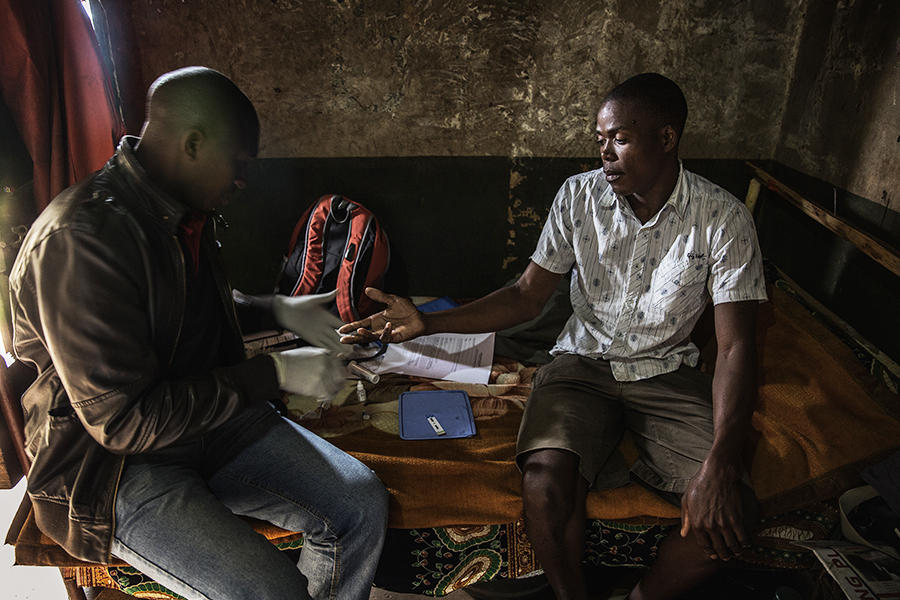 In practice, PrEP can be taken in two separate ways: either as a continuous treatment at a rate of one tablet a day, or occasionally, before and after known exposure to HIV. With a reduction of between 44% and 86% in the risk of contamination (depending on the studies and populations concerned), PrEP is the first biomedical preventive method that directly targets uninfected individuals. It could contribute to containing the spread of the epidemic in groups where the virus is particularly prevalent; in different parts of the world, this could be homosexual men, sex workers, or intravenous drug users. “Without replacing them, PrEP supplements the preventive resources already available—whether behavioral, such as using a condom, or the immediate initiation of treatment in people whose seropositivity has just been confirmed, as an integral part of the Treatment as Prevention (TasP) strategy,” explains Florence Lot, an epidemiologist at Santé Publique France.

We should not make the same mistake as with antiretroviral therapy, which took more than ten years to reach the African continent.

Promoted for several years at the international level, TasP considers triple therapy itself as a mode of prevention, because it can protect the partners of seropositive individuals who are under treatment. With current therapies, HIV has indeed become undetectable in the blood after just a few months, and the risk of transmission is reduced by at least 96%. “TasP is especially relevant in the case of stable couples where one is seropositive and the other seronegative,” comments Nathalie Lydié, who heads the sexual health unit at Santé Publique France.

The fact that PrEP needs to be renewed by a physician every three months (after a test) should nevertheless help to improve the clinical monitoring of high-risk populations. The introduction at the end of 2015 of self-test kits to be used at home—a simple drop of blood from a fingertip is sufficient—could also facilitate diagnosis, even if these products are still not commonplace in France: some 2000 kits are thought to be sold each week by dispensing pharmacies.

Better and earlier screening in order to treat seropositive individuals rapidly and curb new contaminations is the strategy being driven today by UNAIDS, which has set the target of “3 X 90” between now and 2020: 90% of seropositive people diagnosed, 90% of those diagnosed under treatment and 90% of those treated having a controlled viral load. 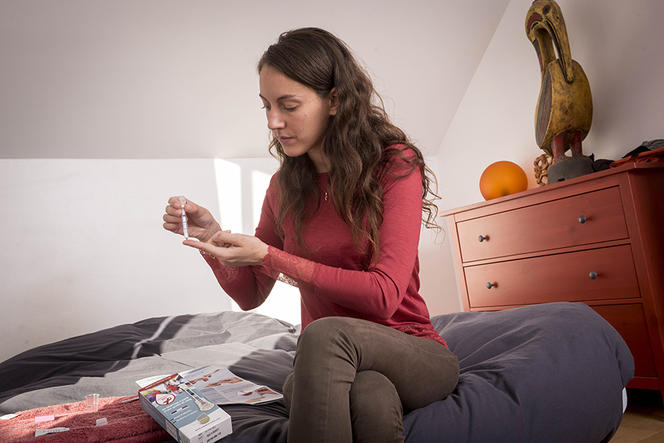 The introduction of self-test kits to be used at home—a simple drop of blood from a fingertip is sufficient—could also facilitate diagnosis. 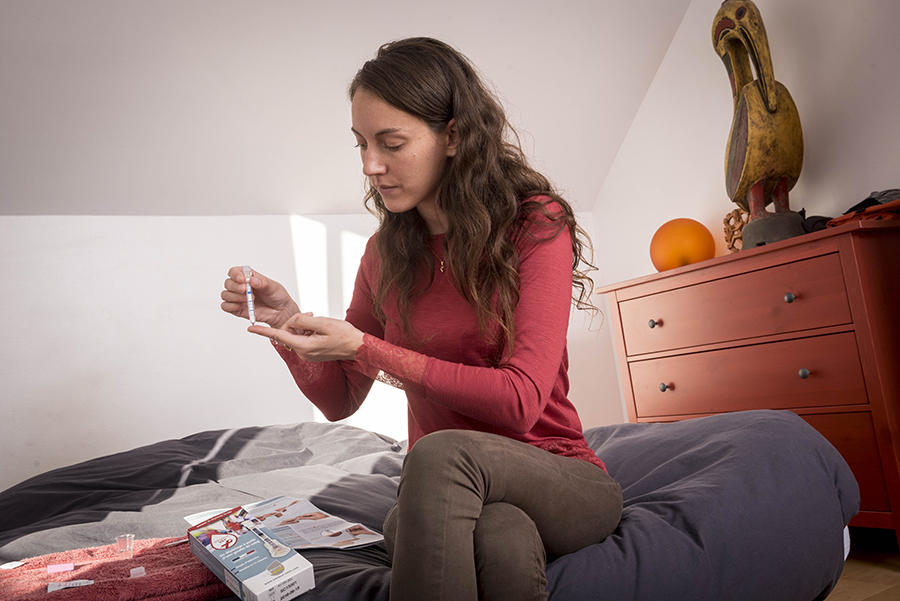 “In France, it is clear that we should focus our efforts on the screening stage, as the percentage of diagnoses lags behind at 84%,” says Lot. It is estimated that more than 150,000 people are infected by HIV in the country. Of these, 25,000 are unaware of their positive status. “This small group of undiagnosed individuals may be the cause of most new contaminations,” suggests Lydié. Although the number of infections has been steadily declining since 2003, 6000 new cases are still being discovered each year, mainly among homosexual men (43% of diagnoses) and people born in other countries (38%), three-quarters of whom come from Sub-Saharan Africa. It should be noted that all these groups are shrinking, except for male homosexuals, in whom infections have risen consistently since 2003. “The fear of AIDS during the black years limited sexual encounters and mobilized efforts around the use of condoms,” Spire says. “Since the 2000s, there has been a resumption of sexual activity among gays, involving an increasing number of partners and a downturn in the rate of condom use. Some deplore it, while others endeavor to raise awareness of alternative, more acceptable preventive strategies such as TasP and PrEP.”

These undiagnosed and untreated individuals are the true reservoir of the epidemic today.

In the world, 17.2 million people—half the number of those infected—receive no treatment. “These undiagnosed and untreated individuals are the true reservoir of the epidemic today,” emphasizes Spire.

However, the generalization of screening and treatment initiation are not solely a matter of medical advances. “Access to treatment in southern countries mainly depends on the Global Fund to Fight AIDS, Tuberculosis and Malaria and on the US President’s Emergency Plan for AIDS Relief (PEPFAR) which was set up in the early 2000s. However, these funds are now tending to reduce their grants rather than increase them, which may seriously hamper the generalization of triple therapies,” reminds Spire. Above all, for affected individuals to have easy access to tests and treatments, it is necessary for the societies in which they live not to make moral judgements about their condition—which is far from being the case in countries where homosexuality or drug use are still criminalized.

Central Asia, where the epidemic is raging among intravenous drug users, is also of particular concern. “States such as Azerbaijan, notably, follow the so-called Putin line,” explains Spire. “This means no distribution of equipment to prevent sharing of syringes, no replacement (methadone or subutex) and triple therapies for these people who are considered as criminals in their countries.”

Clichés also persist in Western Europe. A study by the AIDES charity, performed among dental surgeons and gynecologists and published by The Lancet in April 2016, speaks for itself: when seropositive patients asked for an appointment for scaling or a cervical smear, 30% of dentists and 17% of gynecologists refused to see them.