Research Ethics in a Health Crisis

Research Ethics in a Health Crisis

Jean-Gabriel Ganascia
Are ethics and scientific integrity a luxury that can be foregone in a situation as critical as the current pandemic? Jean-Gabriel Ganascia, the chairman of the CNRS Ethics Committee (COMETS), addresses the question in this analysis.

There is no need here to explain the context, given the deluge of comment in the media about the major health crisis that we are facing today. Nor is there any use in emphasising the crucial role played by scientists, including doctors, biologists, modelling specialists and sociologists. Without their invaluable assistance, decision-makers would be unable to develop a realistic policy.

However, does the urgency of the situation justify, for the sake of pragmatism, suspending the rules of research ethics and accepted scientific procedures? The question deserves careful consideration, especially as new developments increase the pressure. On the one hand, the need to advance as quickly as possible, without being hindered by accessory considerations, could be seen as a reason to bypass certain rules on an exceptional basis. On the other hand, the scientist’s unconditional quest for truth and the principles of ethics forbid such a course of action. To put it differently, are ethics and scientific integrity a luxury that can be foregone in a situation as critical as the one we are up against today? 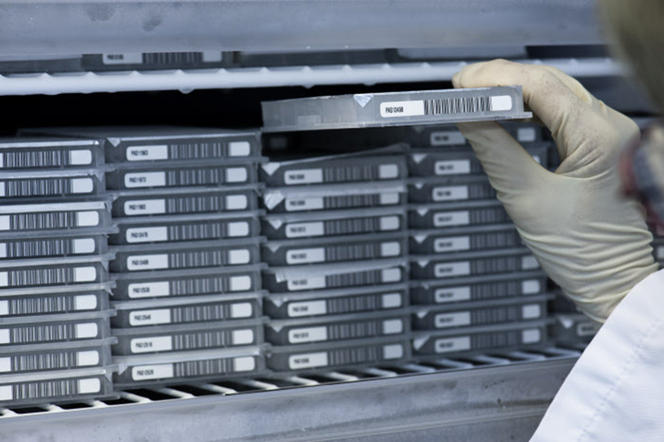 A chemical library freezer in the laboratory of Unit 761 (Biostructures and Drug Discovery), Institut Pasteur in Lille (northern France). 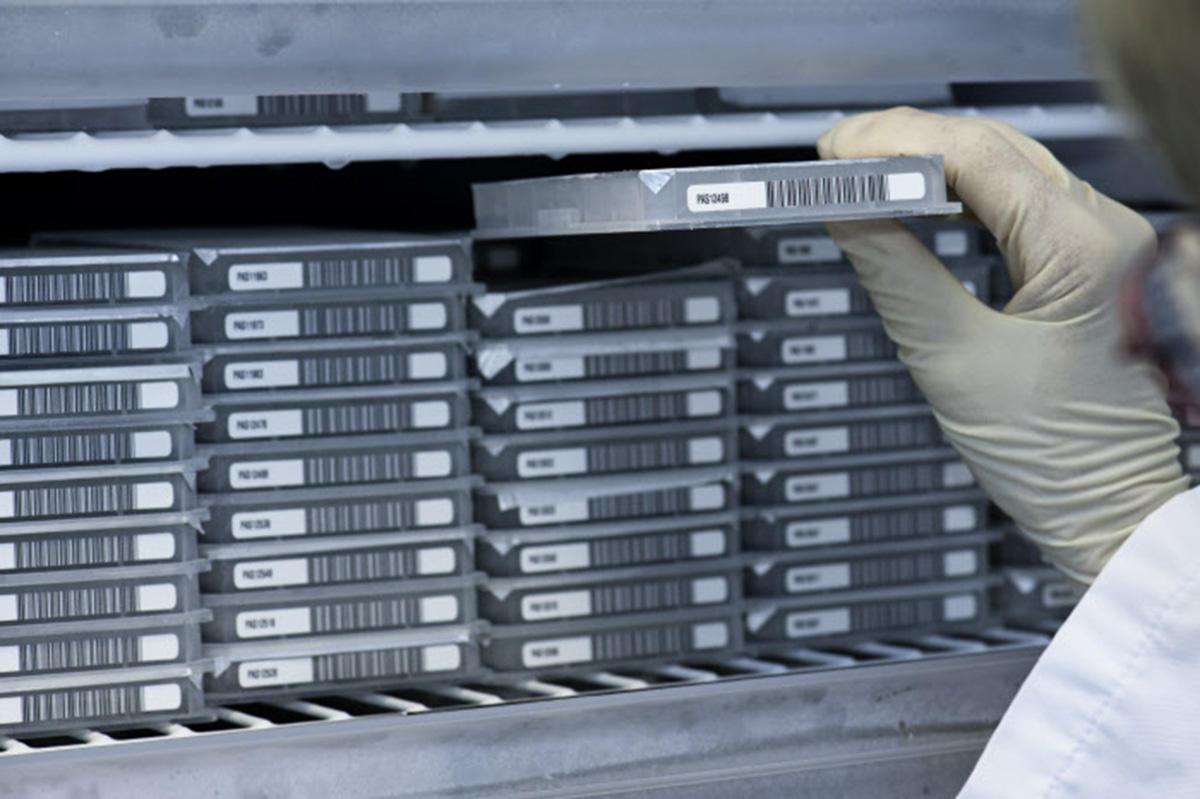 The paths to truth remain the same

This question raises many others that deserve to be addressed one by one. Integrity to begin with: scientific rigour requirements are not negotiable, even in an emergency, because the paths to truth are still the same. In today’s health crisis, science contributes to pertinent decision-making by offering realistic assessments of the situation and anticipating different possible evolutions.

Science that does not meet the requisite standards of professional rigour could yield erroneous results, which in turn could mislead decision-makers and deceive the public by concealing the nature and gravity of the danger. For example, recent communication on the therapeutic effects of certain medical treatments, not backed by any irrefutable scientific proof, raised false hopes for an instant cure among a number of people who took risks to obtain those drugs, and sowed confusion among political leaders.

To avoid such pitfalls, researchers must comply with the rules of experimentation and peer review procedures that guarantee the reliability of the scientific process. Contrary to certain claims, this does not necessarily slow the dissemination of the resulting science: researchers are always free to submit prepublications to open archives and make them available to the entire scientific community. Furthermore, in times of crisis, there are ways to somewhat speed up the review of scientific papers in order to accelerate their publication, provided that the same standards of rigour are maintained.

Ethical experimentation is still an imperative

Another question is that of the numerous ethical issues associated with scientific work. Ethics in experimentation, especially when humans are involved, remains an imperative regardless of the circumstances, even during a health crisis. There can be no exceptions to the cardinal principles of bioethics introduced in the Belmont Report in 1979 – beneficence and nonmaleficence, personal autonomy and justice. No treatment can be administered that does not improve the subject’s health. 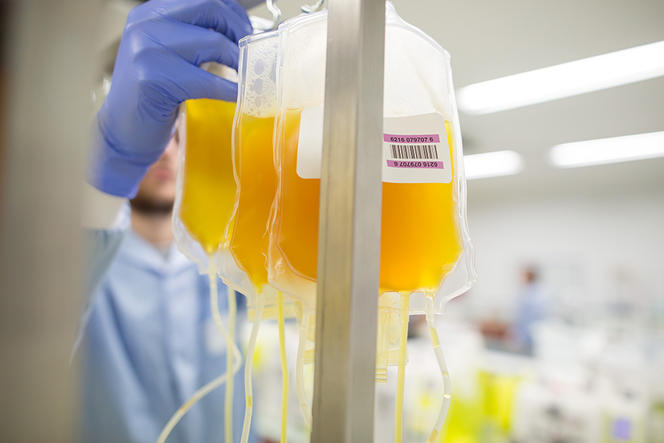 As part of a clinical study called Coviplasm, the French National Blood Service (EFS) recently began drawing plasma from patients who have recovered from Covid-19. The antibodies they contain could help other critically ill patients fight the virus. 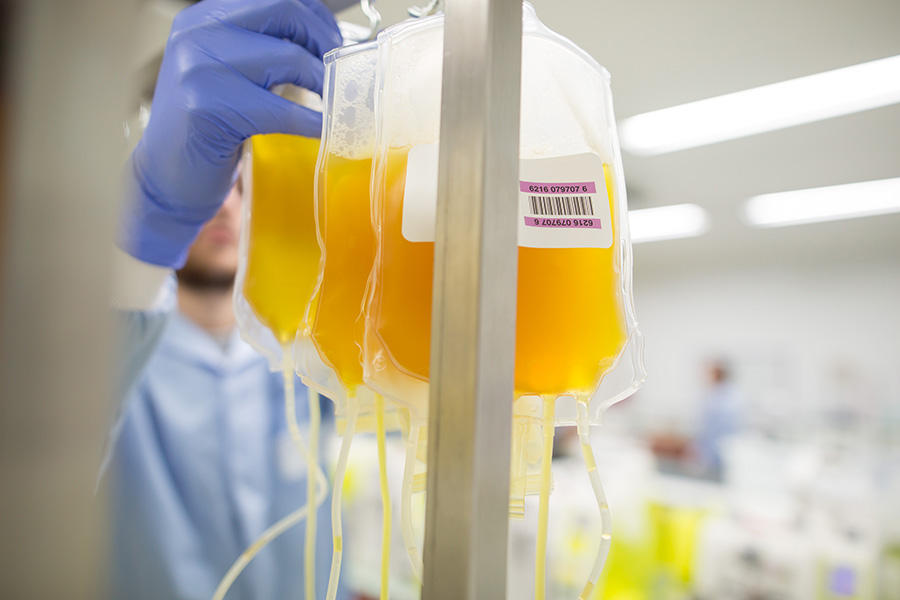 In parallel, steps must be taken to ensure that any medication used has no adverse effects, or, if it does, that those are outweighed by the benefits. This is the principle behind the multi-phase process of clinical experimentation: the preclinical phase with in vitro and animal experiments; phase 1 for verifying tolerance and the absence of undesirable effects on healthy volunteers; phase 2 for experiments on patients to determine the minimum effective dose; phase 3 for comparative studies; and lastly phase 4 for the long-term monitoring of side effects.

Even exceptions to principles are subject to rules and limitations

Under exceptional circumstances, shortcuts can be taken in some of these phases. During the AIDS epidemic for example, antiretrovirals not authorised in France were administered on a compassionate basis (what is called compassionate treatment) when no alternatives were available. However, this type of initative is taken only in individual cases and cannot be extended to the general population. In addition, this perfectly legitimate infringement of the basic principles of clinical experimentation does not justify any breach of these rules, in particular experimenting on vulnerable populations. Examples of the latter include a programme (1932-72) at Tuskegee University (Alabama, US) to study the evolution of untreated syphilis in which the test subjects were economically-disadvantaged blacks, as well as a recent suggestion by two French researchers to conduct evaluations of the Covid-19 vaccine in Africa, where no masks, treatments or resuscitation facilities are available.

Beyond the cost-benefit compromise, for the sake of personal autonomy all patients participating in a clinical trial must give their informed consent, to ensure that they are not being used as mere test materials. Here again, the pandemic does not justify bypassing this imperative. Lastly, in keeping with the principle of social justice, all resources must be made equally available to the entire population, with no discrimination of any kind.

Not bending to the arbitrary

However, in the presence of shortages, the concept of equal access to healthcare comes up against a difficult reality: what should be done when there are not enough masks, bottles of sanitiser gel, respirators or beds in intensive care for everyone who needs them? And supposing there were enough, it would still be necessary, for operational reasons, to stagger access to these resources.

Thus, at the end of the confinement period, even if test kits are available in sufficient quantities to screen everyone in France, and the authorities decide to test every individual, it will not be done overnight. Priorities must be set, such as starting with healthcare workers, followed by those in other high-risk jobs, and so on. The difficult question of selection inevitably arises, and becomes even more acute in a crisis situation. 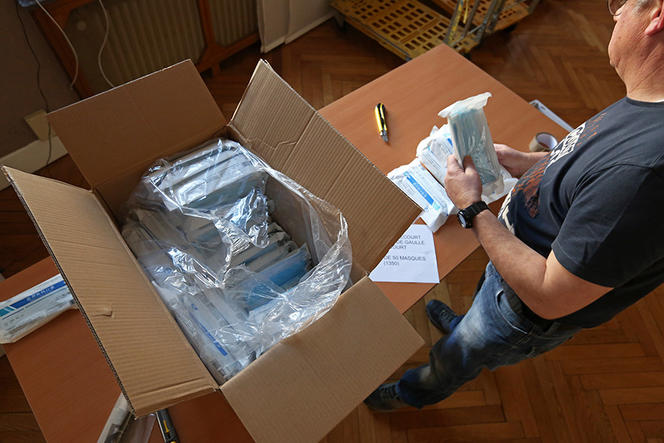 The local authorities of the Meurthe-et-Moselle region (northeastern France) receive a shipment of surgical masks earmarked for the health, social and medical-social facilities and healthcare professionals of eastern France, 8 April, 2020. 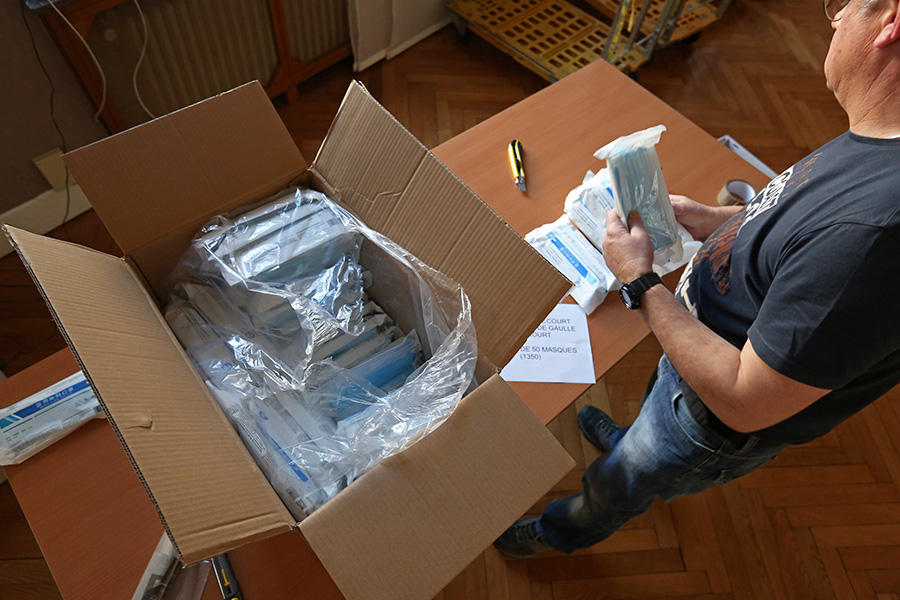 The best way to address this problem rationally is to define criteria – an extremely delicate, even painful process, but the only solution for retaining control. Failing to do so would mean bending to the arbitrary, which is unethical. Such parameters must be backed by clearly stated arguments based not only on ethical principles but also on scientific knowledge of the risks, chances of survival, propagation of the virus, etc. At the same time, these standards must be applied with discernment, allowing for exceptional circumstances that sometimes justify the violation of certain overly rigid rules.

Scientists must be present in the media

Once defined, these criteria must be presented to the public and win broad collective approval. Otherwise, they will be difficult to enforce. More generally, the health measures being implemented must be explained and their appropriateness demonstrated in order to improve acceptance by the population. Hence the importance of serious, clear, rigorous scientific communication that dispels misconceptions and helps people gain new understanding and knowledge.

In ordinary times, this communication is part of civic education, starting in school at an early age and continuing among citizens in later life. Yet that is a long-term operation. In the midst of a crisis, this scientific information takes place primarily through media appearances, which requires adopting a pace that is quite different from that of the ordinary scientific narrative. This is especially true for television, but also, to a lesser degree, for radio and the press – not to mention the social networks, which disseminate all manner of unfiltered false information.

It is therefore the scientists’ responsibility to make themselves heard and re-establish, insofar as possible, the veracity of the facts and the significance of their findings. The task is made all the more daunting by the complexity of scientific theories and the fact that, in our egalitarian world, any argument presented by an authority that is based solely on the speaker’s expertise and not substantiated by a plausible and informative explanation seems unpalatable. Some take the opportunity to uphold dissident positions that are extremely popular because they are founded on simplistic explanations that are easy to understand and that cater to common aspirations, without the backing of rigorous scientific studies.

One example is the theory put forward by certain scientists, who have yet to provide any tangible proof, that the rapid spread in northern Italy of SARS-CoV-2, the microbe responsible for Covid-19, was due to very high concentrations in that region of fine atmospheric particles, which purportedly conveyed the virus.

Persistent rumours of a man-made virus

In a similar vein, persistent rumours allege that the virus was man-made, either intentionally or by accident. Even though serious doubt on their validity has been expressed by a number of scientists, such hypotheses linger in the public mind. This shows the importance for researchers of adhering strictly to the principles of validation for their published work. In addition, when an erroneous theory could induce dangerous behaviour, scientists have a duty to inform the public and reassert the truth. This is, once again, an imperative ethical responsibility that is difficult to assume.

The ethics governing scientific applications are often based on a statement of general principles, like those set forth in the above-mentioned Belmont Report for bioethics (beneficence, nonmaleficence, personal autonomy, justice), or data privacy, the requirement of transparency and the fairness of algorithms in the field of information technologies. In ordinary situations, scientists often take a strong stand in defence of certain principles, for example opposing government surveillance as an invasion of privacy. Such specific actions can be beneficial when they help prevent abuses – they arise from personal convictions, and as such reflect a legitimate individual ethos. However, in a time of crisis, upholding these rules is not enough. Scientists must also fulfil their responsibilities by gauging the consequences of their commitments.

While it seems important to preserve the sanctity of private life, this must not be to the detriment of surveillance measures needed for the protection of public health. In this respect, if electronic tracking could speed up the end of confinement and prevent a recurrence of the epidemic, it would be wrong to oppose it in the name of the general principles of privacy protection.

At the same time, and for the sake of those same principles, it would be vital to ensure that the surveillance is limited in time, that the collection of information remains targeted and proportionate to clearly stated needs, that any personal data compiled is deleted once the crisis is over, and lastly that the rules affecting personal freedom are reversible, so that, at the end of the pandemic, laws in keeping with society’s aspirations can be reinstated.

In conclusion, during a major crisis, scientists need to replace ethics of conviction with ethics of responsibility. This is not to say that fundamental principles should be abandoned, but it does mean that they should each be reviewed and examined in light of the current context, always bearing in mind the immediate consequences of their application.

0
Graphs to Help plan Deconfinement?Previous
Coronavirus Research at a GlanceNext 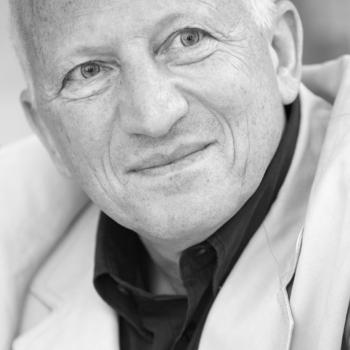 Jean-Gabriel Ganascia chairs the COMETS (CNRS Ethics Committee) and is a professor at Sorbonne Université.