Home / Articles / Zinder Reconnects with its Past

Zinder Reconnects with its Past

Home / Articles / Zinder Reconnects with its Past

Zinder Reconnects with its Past

Opening of the ‘Zinder 1900’ exhibition in Niger.
Pauline Rousseau
Share
Share
Niger’s second-largest city is hosting a photographic exhibition on everyday life in the region at the turn of the twentieth century, in the initial stages of French colonisation. Camille Lefebvre, a historian at the Institute of African Worlds (IMAF), initiated this project, which sheds light on a long-forgotten past.

The exhibition ‘Zinder 1900’ has been hugely popular. How did the idea of a photographic exhibition about life in the city at the end of the nineteenth century come about?
Camille Lefebvre:1 At that time, which saw the arrival of the first French soldiers in south-eastern Niger, Zinder was the capital of the powerful and rapidly-expanding Sultanate of Damagaram. Over the past few years, I have regularly travelled to the region to continue my research into the early years of colonial rule in Niger. It was during one of these scientific missions in January 2017 that I met Laminou Issaka Brah, the mayor of one of the three municipalities that make up Zinder’s metropolitan area. For many years Issaka Brah, who is passionate about history, had planned an exhibition about the city's past. We decided to set it up together. Our project finally came to fruition in December 2018 for the celebrations marking the 60th anniversary of the Republic of Niger, which were to be held in Zinder. The French Embassy offered us their backing,  while the exhibition was entirely produced in Niger thanks to the support of the Jean Rouch France-Niger cultural centre.

Where did the photographic archives come from?
C.-L.: The first French soldiers to arrive in Zinder, in particular Henri Gouraud, Henri Gaden and Fernand Foureau, had cameras with which they photographed numerous scenes of daily life. However, since most of the pictures were taken for private use, they long remained in their own personal archives. Only very recently were they handed over to various French conservation bodies, including France’s National Overseas Archives, Defence Health Service, Ministry of Foreign Affairs, National Library and Defence Historical Service. Many of these photographs taken at the onset of the twentieth century had never been developed, let alone published. 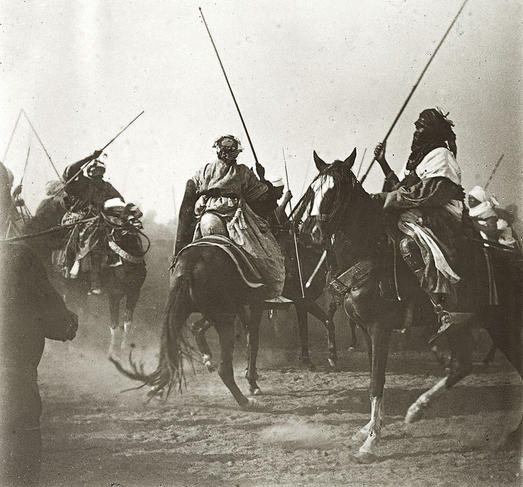 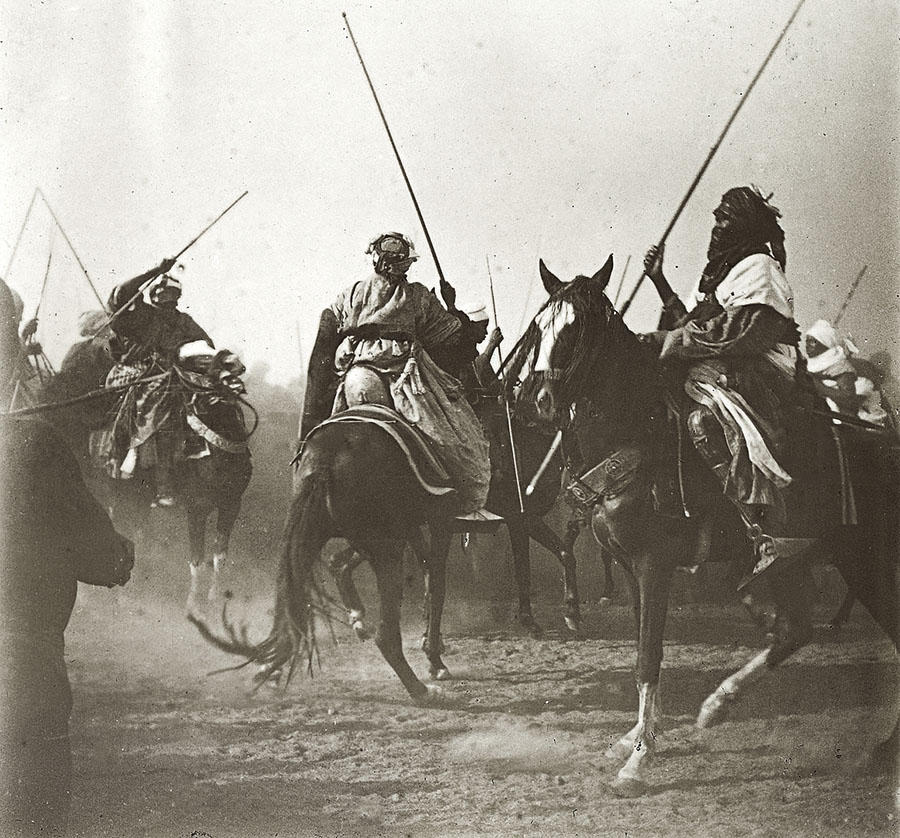 Was it difficult to trace and collect these documents?
C.-L.: I had already managed to identify these various private archives while I was preparing my next book on the early days of colonial rule in West Africa. The National Overseas Archives, for instance, housed a collection of more than 1000 photographs formerly belonging to Major Gaden, for which no geographical details were mentioned. While reviewing them, I was able to identify around a hundred snaps taken in Zinder at the beginning of the last century. We then had to negotiate an agreement with the conservation bodies whereby they would provide us with digital versions of the photographs. As a researcher, I felt that in a way we owed it to the people of Zinder to return these pictures of their forebears, to which they had never had access.

What do the photographs and testimonies collected for ‘Zinder 1900’ tell us?
C.-L.: The exhibition isn’t about colonisation. Very few pictures show French soldiers. Most of the pictures depict life in Zinder and the sultanate of Damagaram. For example, you can see the eight-metre-high wall that surrounded the entire city before it was destroyed by the French. Many photographs of trading activity and high-ranking members of the court are also included, together with a series devoted to women. However, unlike those of indigenous women at the time, these images were not of a sexual nature but reflected the diversity of the peoples then living in the region. All in all, the exhibition portrays Zinder as it was around 1900, highlighting its trade, cultural, political and architectural dimensions. 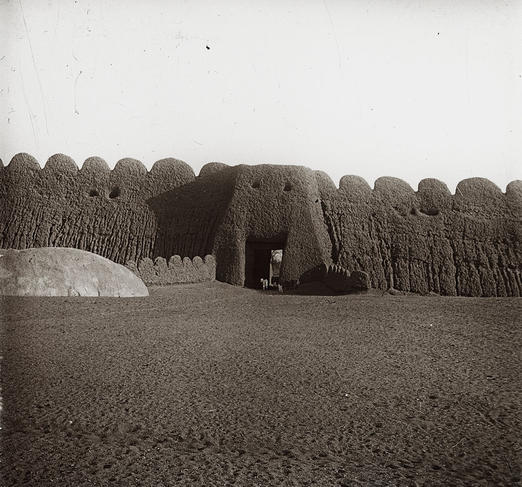 The eight-metre-high Birni Wall surrounded the entire city of Zinder. 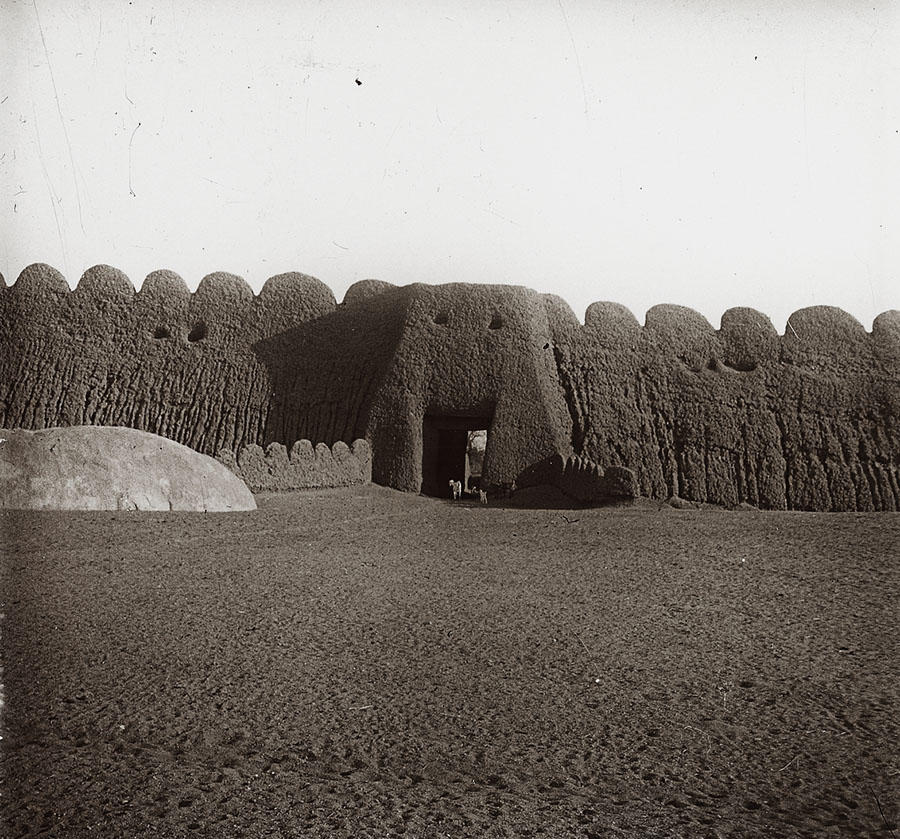 What was the reaction of Zinder’s inhabitants to this initiative?
C.-L.: The Sultan of Damagaram, Aboubakar Oumarou Sanda, hosted the display in the courtyard of his palace, which he opened to the public for the first time—an event in itself. By the end of January 2019, only two months after it opened, the exhibition had already attracted around 25,000 visitors. People from every generation and social background came to see it, sharing a highly emotional moment. For many of Zinder’s inhabitants, including the Sultan, who had never seen a photograph of his grandfather before, discovering these images from another era made them feel extremely proud as they realised how important their city had once been. Children were fascinated by the captions and copied these descriptions of the period, some of which were written in Hausa, the most widely-spoken language in the area.

What impact did colonial rule have on the region?
C.-L.: The first two Frenchmen to reach Zinder at that time were murdered.  When colonial troops subsequently arrived in the city, they were bent on humiliating its people. In retaliation, the great-uncle of the current Sultan of Zinder was beheaded by French troops and violent repression was meted out. This sense of disgrace, which remains deeply rooted in people’s memories, resurfaced in 2015, when part of the population set fire to the France-Niger Cultural Centre on the fringes of a demonstration against the French satirical weekly ‘Charlie Hebdo’. However, initiatives such as ‘Zinder 1900’ provide an opportunity to bring about a new relationship between France and Niger. In my view, it is by starting to talk openly about past violence, as this exhibition does, that we will manage to improve relations between our two countries. 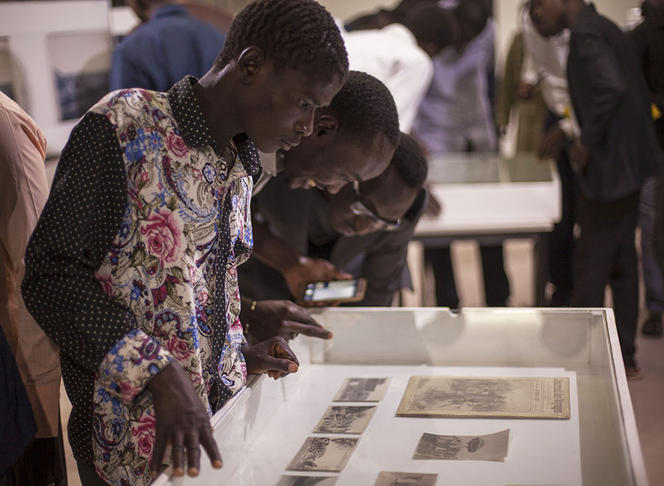 “As a researcher, I felt that in a way we owed it to the people of Zinder to return these pictures of their forebears, to which they had never had access,” says historian Camille Lefebvre, referring to ‘Zinder 1900.’ 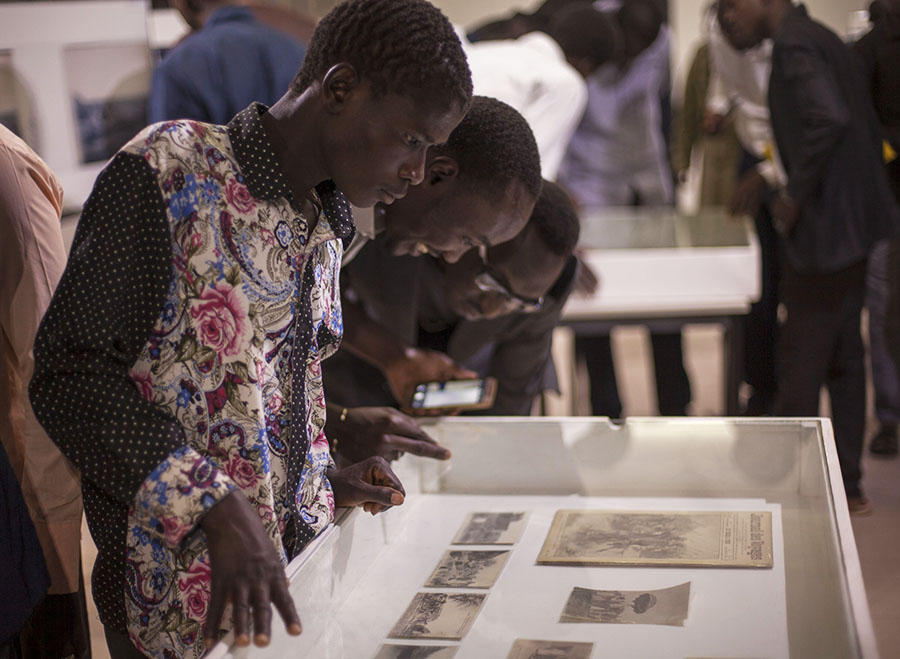 “As a researcher, I felt that in a way we owed it to the people of Zinder to return these pictures of their forebears, to which they had never had access,” says historian Camille Lefebvre, referring to ‘Zinder 1900.’
Pauline Rousseau
Pauline Rousseau
Share
Share

How does your current research relate to the exhibition?
C.-L.: At the moment I’m studying the question of colonial rule, or ‘conquest’ as the colonial powers called it, in Niger at the end of the nineteenth century. I’m trying to understand how less than a hundred French soldiers succeeded in taking control of a region twice as large as France. By comparing colonial archives with documents written at the same period in Arabic or other African languages by indigenous communities, I’m attempting to approach this question from a wide range of perspectives. For example, in Zinder, I discovered accounts of the arrival of French troops written in Kanuri and Hausa, the region’s main two vehicular languages at that time. These texts, which tell the story of the occupation of the city as experienced by local communities, remain largely unknown in Niger. By choosing to include some of them in the exhibition, I wanted to bring them back to their origins.

Could a similar undertaking be envisaged in other regions of West Africa?
C.-L.: Like the planned restitution of works of art that has shaken up the arts world in the past few months, I believe that it is important to think about ways of returning photographs and documents that provide a different version of the history of these countries. The digitisation of hundreds of thousands of pictures on glass plates, currently under way within the various French conservation bodies, will soon give access to an unparalleled documentary collection covering a large part of French-speaking Africa. Once this work is completed, the nations concerned will therefore need to discuss the best way to make the most of this heritage, drawing inspiration, who knows, from the ‘Zinder 1900’ exhibition.