Home / Articles / Wood: a Material for the Future?

Wood: a Material for the Future?

Home / Articles / Wood: a Material for the Future?

Wood: a Material for the Future?

Researchers and architects maintain that there is no height limit when building with wood, only a psychological limit.
Michael Green Architects / Image provided by MGA
Share
Share
It seems industrial actors swear solely by concrete or the latest composite materials. Yet a billion years ago, nature invented a revolutionary material with striking properties: wood. It can not only be used to construct buildings, but also high-precision mechanical parts or new generation polymers. But to do so, one must get past a few preconceived notions.

Grapevines are not the only thing growing in Bordeaux, there are now also buildings made of wood. In January the capital of the Aquitaine region launched the construction of France's first building made entirely of wood: a series of offices 50 meters high, whose structure, shell and interior fittings will be made using local tree species, primarily spruce and Maritime pine. And that is just the beginning, for with the appearance of new construction technology and the use of solid wooden panels or CLT,1 architects claim they can build towers up to a few dozen stories tall. 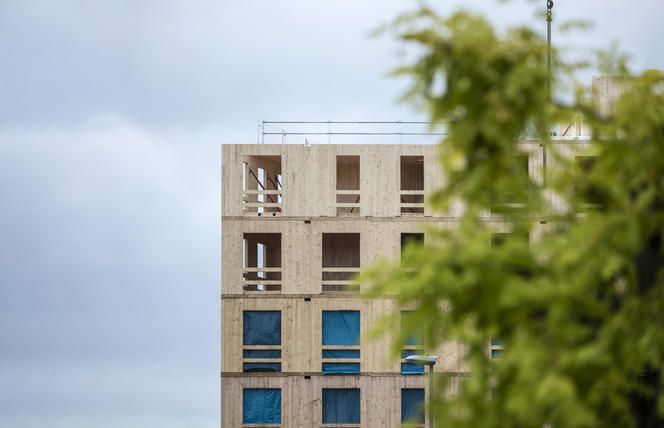 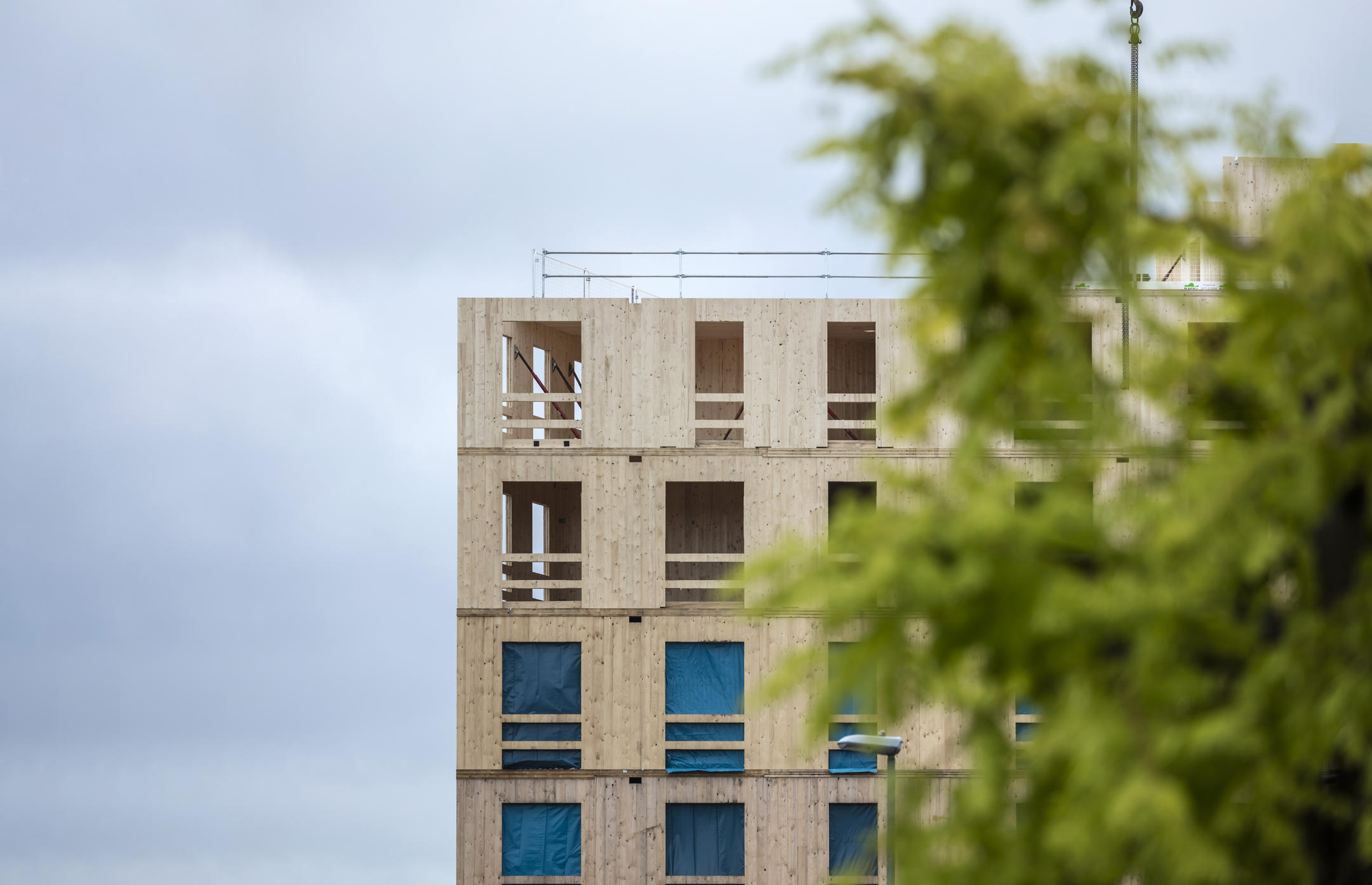 Folly? Absolutely not according to researchers who specialize in the mechanics of trees and wood. "People have an enormous number of preconceived notions about wood that can be summarized in a single sentence: 'Wood breaks, burns, and rots,'" sighs Bernard Thibaut, forest engineer and research director emeritus at the LMGC2 in Montpellier. Yet everything in that claim is false."

Wood has high resistance to breaking for one of the lowest levels of density, like kevlar or fiber composites.

Running counter to these received ideas, wood in fact ranks among the materials with the highest resistance to breaking for a density that is among the lowest,3 alongside synthetic materials like kevlar or fiber composites. Biological by nature, wood is in fact an assembly of cells that have high porosity—oak, for example, contains almost 50% air—while the cellulose fibers present in the cell walls give it its rigidity. In plain language, wood is both solid and light, which makes it a material that is particularly well adapted for use in structures such as homes, buildings, and bridges, as well as for the production of mechanical parts subject to powerful forces.

"We should not forget that before World War II, airplanes were made of wood! Still today, the Italian racing bike producer Ghisallo equips all of their bikes with wooden rims," Thibaut observes.

As for the notion that wood is vulnerable to fire, Thibaut insists that it is "neither more nor less than for other materials. All firemen know that if a few inches of wood burn during a fire, it maintains its structural properties longer than other materials, and gives them the time they need to act. Metal, on the other hand, quickly deforms under the effect of heat." As a result, even insurers, who were once reluctant to cover wooden structures, are now becoming convinced. "We should not forget that although France has practically no homes made of wood, 95% of individual homes in North America are built with this material," Thibaut points out. 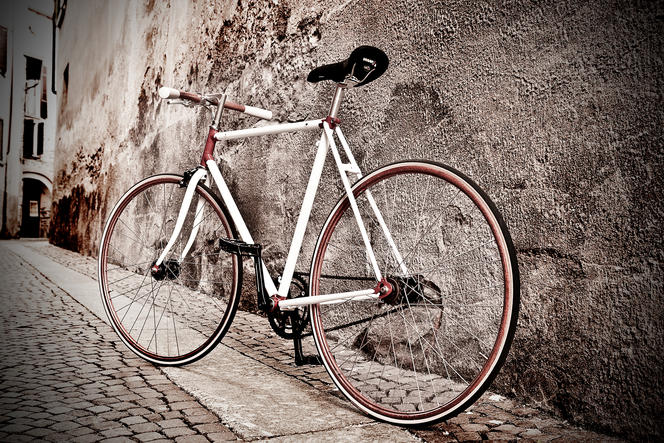 Solid as well as light, wood is suitable for producing mechanical parts subject to powerful forces, such as the wooden rims of this racing bicycle. 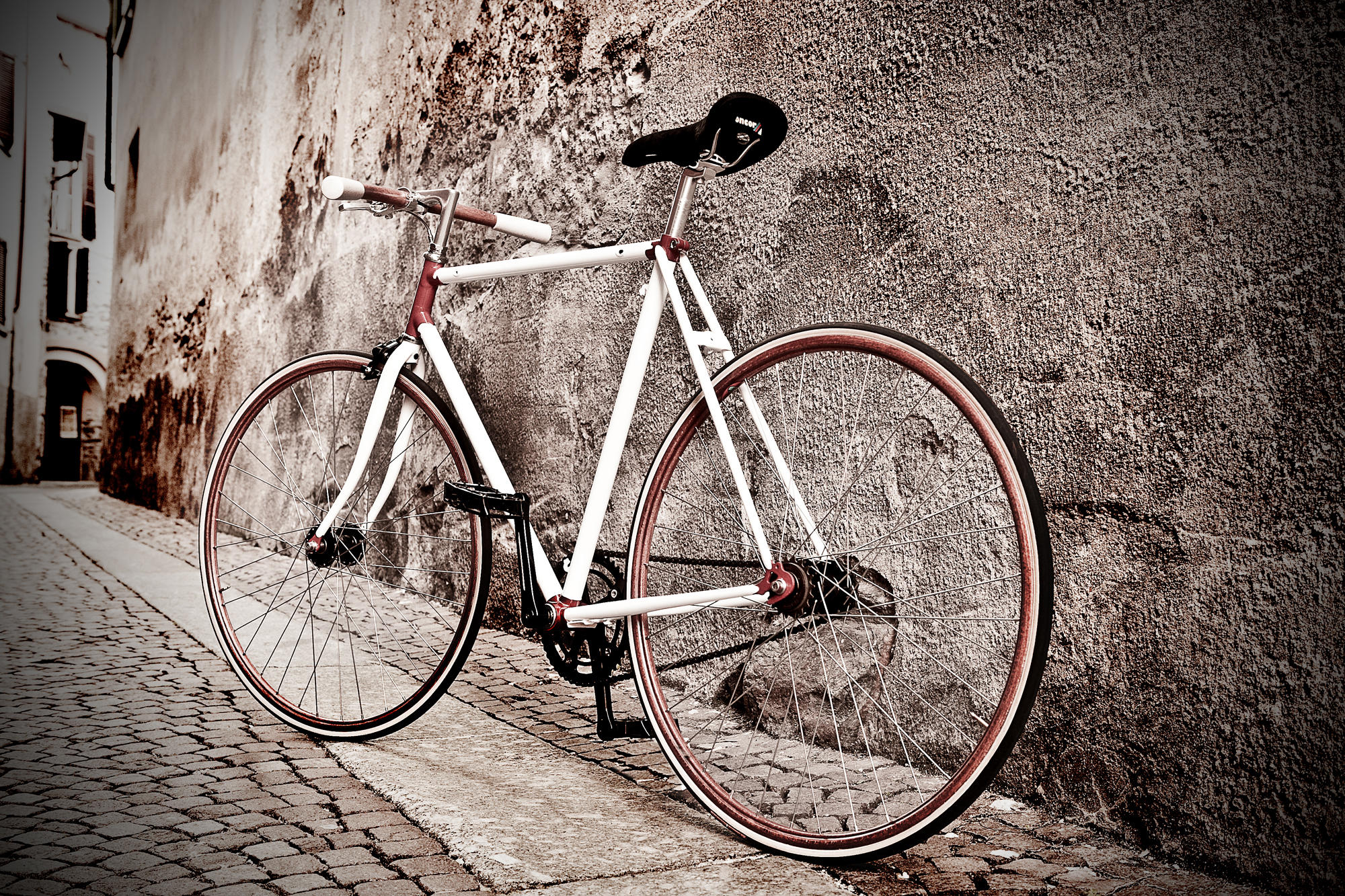 The king of resources in France from the 18th century up to World War II—Colbert had entire oak forests planted for shipbuilding—wood was brutally abandoned during the 20th century in favor of artificial materials such as reinforced concrete for construction, or kevlar and carbon composites for boats and airplanes. For Meriem Fournier, a researcher at the Lerfob,4 there was a good reason for this. "Industrial actors need stability, and want to know the precise properties of all the materials they use. Wood, however, has a major disadvantage in their eyes, and that is its extreme variability: density, color, resistance to rot, or deformation due to humidity ("shrinkage") all vary from one species to another. And there are 50,000 tree species on the planet," she says. This is a real headache for industrial actors, one that researchers are now working to resolve.

Characterizing each species for better use

"This diversity is both a curse and an opportunity for wood," explains Joseph Gril, head of the "Wood" team at the LMGC. This is why an enormous effort is now underway to characterize species. "To do so we are using all of the technologies developed for synthetic materials, including microscopy, electronics, infrared spectrometry, and modeling, among others," lists the researcher, who is also the head of a research network that brings together all of France’s specialists on wood.5 The objective is to produce a full ID card that lists all the properties for each species, like the ones that already exist for other materials. These will include its color, density, deformation coefficient, resistance to breaking, and viscoelastic properties, which notably determine how the material propagates sound: certain kinds of wood dampens sounds, such as curly maple, which is used to make the backs of violins, while others have greater resonance, such as the pernambuco tree, which is the wood used to make bows. The artisans of the past acquired this knowledge through centuries of experience, a knowledge that science must now formalize.

Each type of wood contains an extractable mix of molecules. Oak has one hundred, including tannins, a natural antiseptic.

Another important property is wood's resistance to rot. "Each type of wood contains a mix of molecules, called extractibles, which give it greater or lesser resistance to the bacteria, insects, and fungi responsible for rotting," Gril explains. Oak for instance, which is known for being rot-proof, contains about a hundred of these molecules, including tannins, an antiseptic that defends it from fungi and insects. Female rosewood, a tropical wood from French Guyana, provides a highly sought after aroma, linalool, which is part of the composition for the famous Chanel n° 5 perfume...

"We are only at the beginning of the characterization effort," Thibaut emphasizes. "In French Guyana, where there are no less than 1600 tropical species, only 250 have been characterized for their mechanic properties, and 150 for their resistance to fungi. In France, where there are about one hundred species, only the molecules of oak are more or less familiar. Look at everything we still need to discover!"

Wood did not wait for 3D printers to build itself layer upon layer (cross-section and microscopic view of larch tree rings).

For researchers one thing is certain, the uses of wood cannot increase without this effort toward characterization. "In mainland France, only coniferous forests are subject to industrial demand, essentially to make timber, packaging, and paper, while deciduous, which are the most numerous, are virtually ignored," Fournier regrets. The reason for this is that conifers grow straight and in a relatively homogeneous way, with trunks of approximately 40 cm in diameter. Deciduous trees—beech and chestnut, for example—are less predictable. Moreover, all of the machines for harvesting and cutting wood are produced in Northern Europe, where conifers are predominant, and they are thus ill suited for use with other species.

Nevertheless, projects are beginning to appear. In France’s eastern Lorraine region, a school building (in Tendon) and tourist cottages (in Xertigny) were built with beech wood, a particularly abundant local species. "For outdoor use, a thermal treatment was developed that protects this wood, which has low resistance to fungi and insects. The beech is heated to 250°C without oxygen in order to avoid combustion," notes Fournier.

New uses for wood are also beginning to emerge. "In cars, we are seeing the appearance of polymers enriched with wood fibers to produce the bodies and dashboards," says Thibaut. "Some robots are made with bamboo arms, an elastic wood that allows for more fluid movements. We can even design computer cases made of wood for tropical countries, because wood absorbs some of the surrounding humidity and prevents condensation from forming on the circuits." Chemistry is also seizing upon this millennia-old material, using cellulose microfibrils to make optical and electronic films just a few nanometers thick; and the most abundant molecule in wood after cellulose, lignin, is a natural polymer that is a good alternative to petroleum, notably in plastics manufacturing. 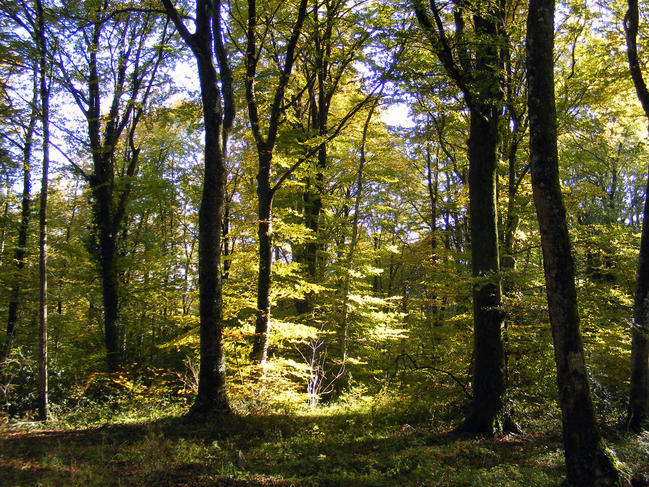 Giving wood its role again is not just an economic question, but also a societal choice, since wood, the sustainable material par excellence, grows on its own with air and rainwater. 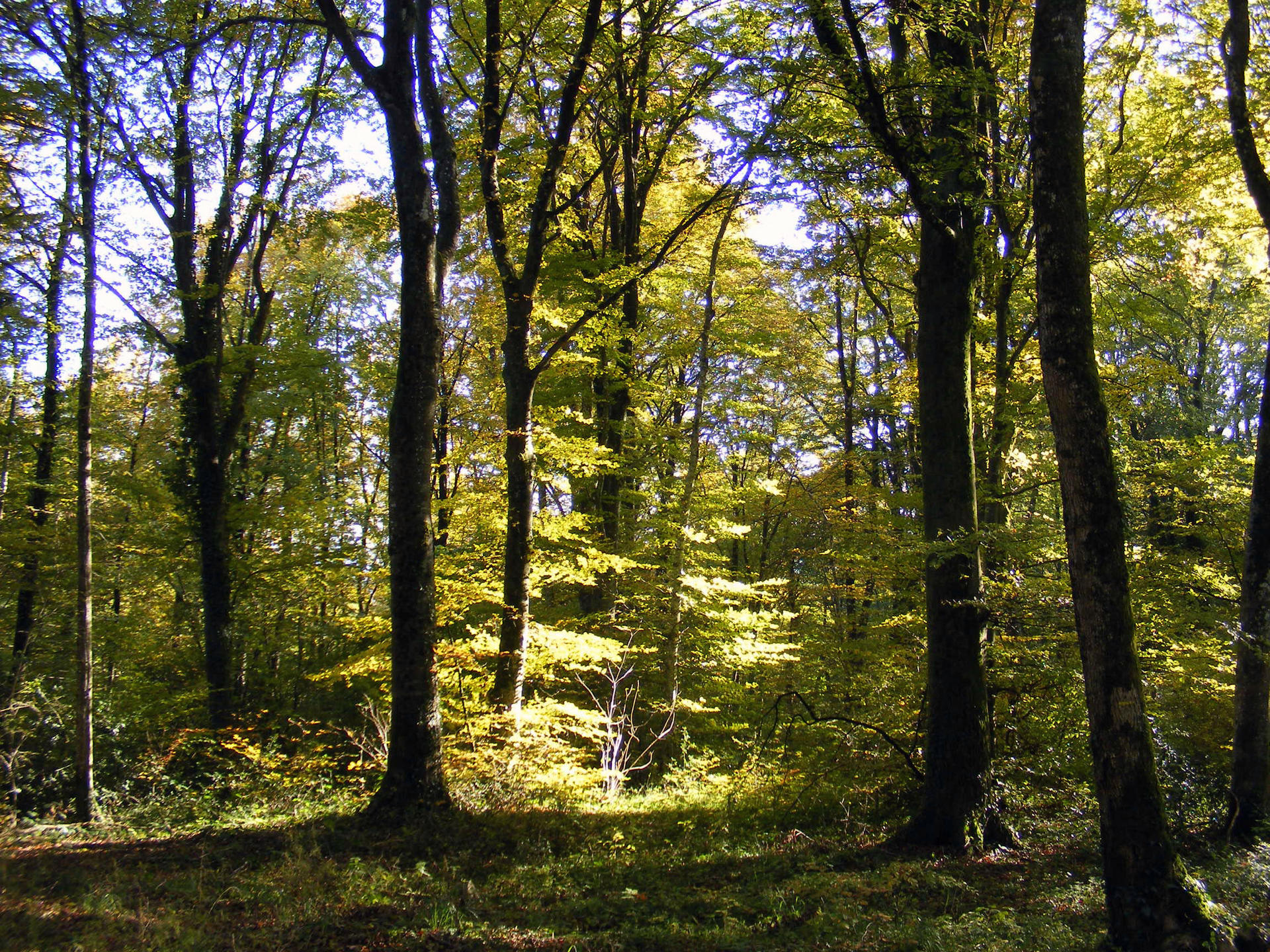 For these researchers, bringing wood back to the forefront is not only an economic question, but also a societal choice. "Wood grows on its own, with air and rainwater," says Gril, "whereas the production of synthetic materials requires considerable amounts of energy and water. At a time when everyone is speaking of energy transition, it is a resource we can no longer ignore." Yet it is society as a whole that will need to be convinced. "People like wood, which they see as a noble material, but paradoxically they don't like trees being cut down! We must explain that harvesting trees in a reasonable way makes it possible to not only maintain the forest but produces healthier trees," Fournier points out. Especially since French forests, which are far from being over-exploited, have doubled in size since the mid-19th century. The favorite forest of the French, as they described it in a recent survey, incidentally corresponds entirely with a managed forest, one that is airy and without deadwood, which makes for ideal walks.

See author's bio
“Come on, you Reds!” They Shouted in Ancient GamesPrevious
Exoplanets: the Search for New Worlds?Next

Opinion
The thousand and one facets of glass
innovation