Construction, a future worksite for mechanics

Construction, a future worksite for mechanics

Construction site for the “Grand Palais Éphémère”, Paris. The 10,000 m² temporary building will host events from the Grand Palais while it undergoes renovation.
Xavier Popy / RÉA
Share
Share
How can a building's structure be optimised in order to adhere to exacting security standards, all while reducing its environmental impact? This is the challenge faced by scientists in the highly-active field of mechanics.

Can building be improved? While the question has always been on the mind of professionals, in recent decades construction has become particularly complex due to societal and environmental changes, leading to new constraints requiring the optimisation of building structures. For instance, tragic accidents such as collapsing bridges have heightened the need for security among the public. Global warming and pollution have resulted in stricter environmental regulations, which now require taking greenhouse gas emissions into account from the design phase of new buildings through their potential future dismantling. Finally, the volume of material used is being limited due to the exhaustion of resources (oil, wood, etc.). Scientific research is exploring multiple avenues to help builders respond to these new requirements, with one discipline – mechanics – proving particularly relevant.` 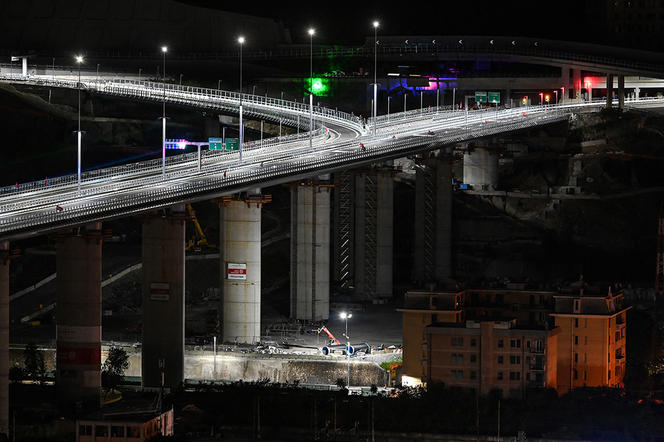 The new Genoa bridge during its inauguration in August 2020. After its collapse on 14 August 2018, it is now equipped with a high-tech structure boasting four maintenance robots, in addition to a special dehumidification system to limit corrosion. 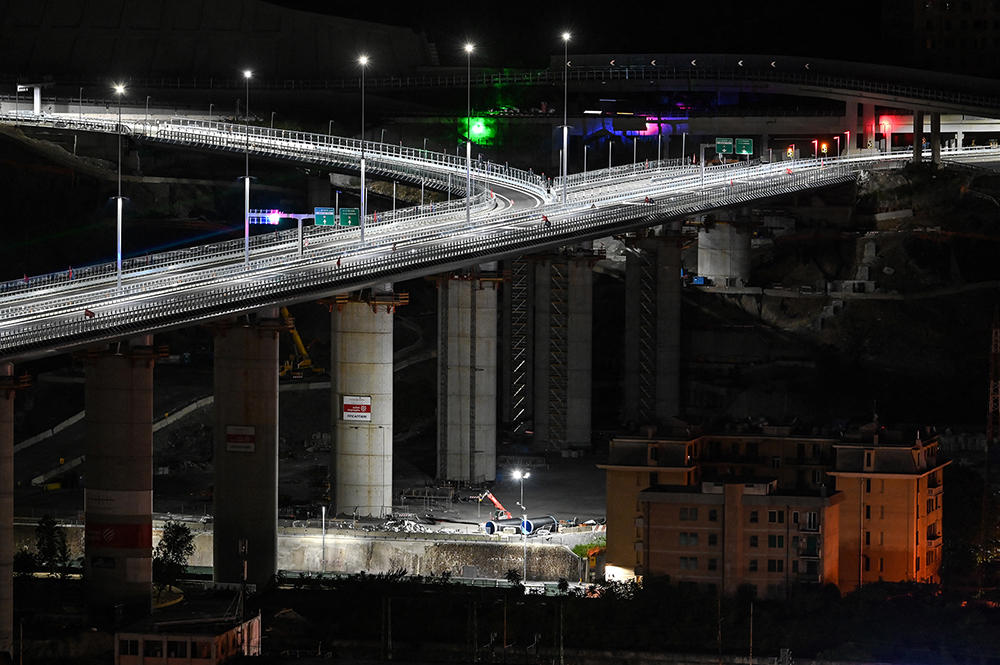 The new Genoa bridge during its inauguration in August 2020. After its collapse on 14 August 2018, it is now equipped with a high-tech structure boasting four maintenance robots, in addition to a special dehumidification system to limit corrosion.
Andreas Solaro / AFP
Andreas Solaro / AFP
Share
Share

At the interface between physics, applied mathematics, and computer science, this field by definition studies the movements and deformations of material systems, as well as the forces that cause these movements and deformations. One of its branches, the mechanics of materials and structures, is highly useful for construction. It is essential for solving the “structural calculations” (size of beams, etc.) that are indispensable for the construction of buildings that meet specific requirements relating to security, mechanical capacities, architecture, and environmental impact.

One of the most promising avenues for optimising construction is developing reliable, efficient, and easy-to-use computational methods for structures. This is meant to avoid a recurring "flaw" in construction, i.e. the oversizing of certain structural elements that often do not bear heavy loads, such as walls, thereby generating the needless consumption of materials. One of the groups pursuing this research avenue is the Architectured Materials and Structures team at the Navier Laboratory.1 “We are focused on developing new calculation techniques and digital design tools to help structural engineers better evaluate the resistance capacity of a complex structure. This will help conceptualise safer solutions, as well as minimise their environmental impact and the volume of materials needed,” points out Jérémy Bleyer, a researcher at the laboratory. 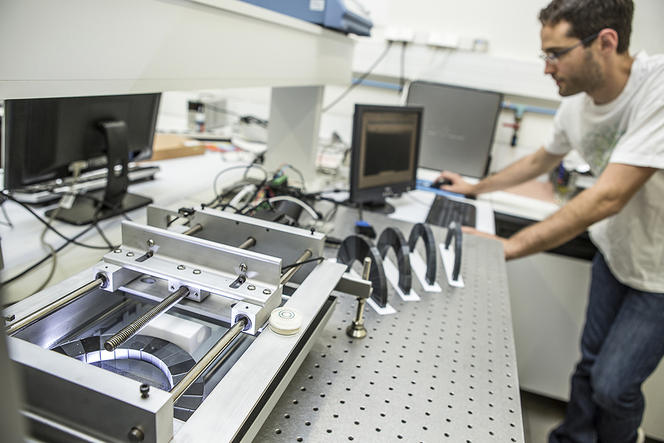 Compression test on a masonry structure model in the form of an arch, at the Mechanics and Civil Engineering Laboratory (LMGC) in Montpellier (southern France). The objective is to conduct experiments to validate the calculation methods developed by the laboratory for the deformation and displacement of masonry structures. 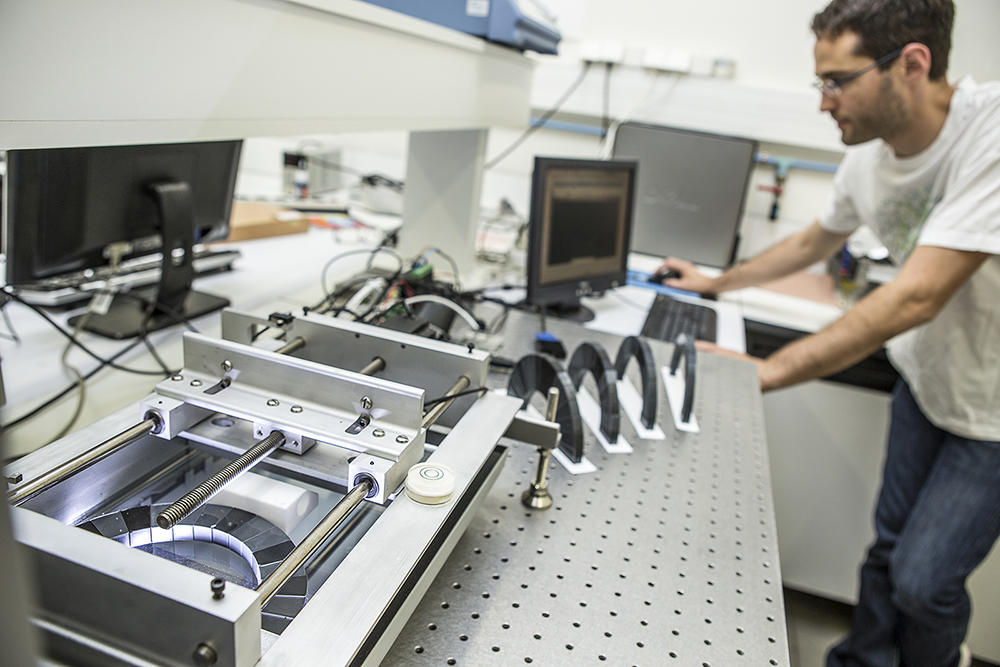 Compression test on a masonry structure model in the form of an arch, at the Mechanics and Civil Engineering Laboratory (LMGC) in Montpellier (southern France). The objective is to conduct experiments to validate the calculation methods developed by the laboratory for the deformation and displacement of masonry structures.
Christophe Hargoues / LMGC / CNRS Photothèque
Christophe Hargoues / LMGC / CNRS Photothèque
Share
Share

In an article to be published later this summer,2 the scientist and his colleagues provide an overview of the latest progress in this area. “Recent advances in the field of mathematical optimisation, in addition to improving computation capacity, have made it possible to solve problems with millions of optimisation variables. This allows for perfecting increasingly complex objects or structures, and hence for producing more precise calculations.”

The new and powerful computational methods being developed by the researcher and his colleagues can also directly optimise the geometry of structures, right from a project's design phase, which reduces the building's environmental impact even further.

According to Olivier Baverel, an academic at the Navier Laboratory and Grenoble National Higher School of Architecture (ENSAG-UGA), whose team also works on optimising the geometry of structures, “when poorly anticipated, a building's geometry can have colossal environmental repercussions”.

This is the case for example of the Bird's Nest stadium, which was built in Beijing (China) for the 2008 Olympic Games, with a capacity of 91,000 spectators. As estimated in 2014 by a US team from the Massachusetts Institute of Technology,3 it required nearly ten times the amount of concrete as the London Stadium, which hosted the 2012 Olympics, and has roughly the same capacity (approximately 16,000 kg of material per seat compared with 1,500 kg). 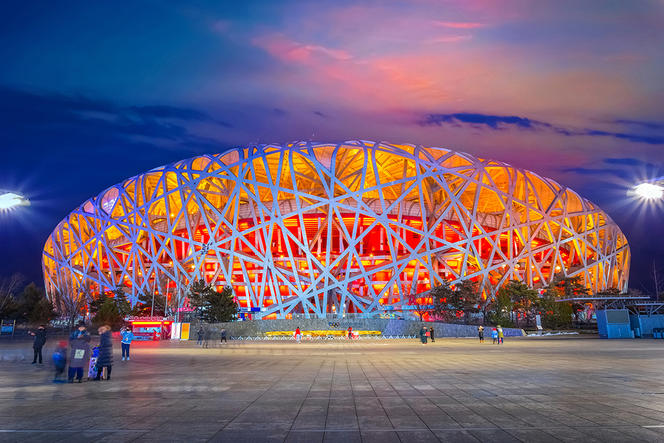 The national stadium in Beijing, China is nicknamed “the Bird's Nest” because of its architecture. It required an astounding 16,000 kg of material per seat to build. 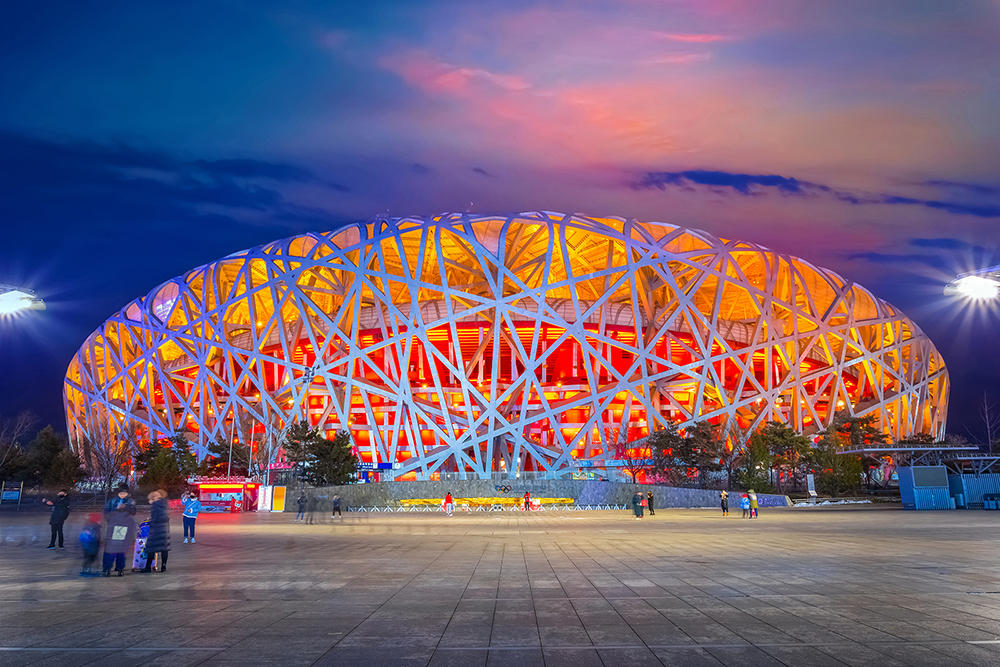 In fact, it is now well-established that some forms are more efficient than others. “This is true, for instance, of ‘funicular’ structures, whose curves cancel out the bending moment , as opposed to a flexural member such as a beam: in the former, all of the material is involved in the effort, while in the latter only the ends of that section of beam are involved, with the centre barely being strained,” Baverel adds. Hence the need to develop digital design tools that can set parameters for the structural form.

Another promising avenue of research could help reduce the environmental impact of construction, namely disassemblable buildings, whose elements can be reused rather than discarded. According to the most recent figures from the French environment and energy management agency, ADEME, in 2016 the construction industry produced 224 million tons of waste in France, or 70% of the nation’s total!

The idea of buildings that can be dismantled is nothing new: “traditional wood construction was conceived so that load-bearing elements could be replaced at the first sign of weakness or age,” observes Baverel. This strategy explains the longevity of certain Austrian chalets, which have been standing for five hundred years, or that of the world's oldest inn, the Ryokan Hoshi in Japan, which was built in 718! 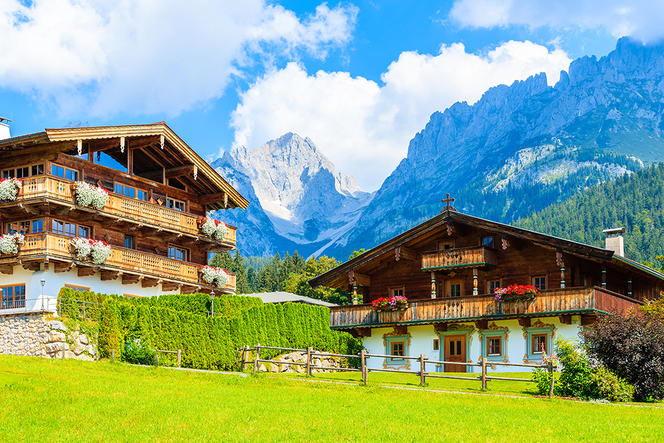 Traditional chalets in a village in the Austrian Tyrol. Some of these wooden constructions have been standing for over 500 years. 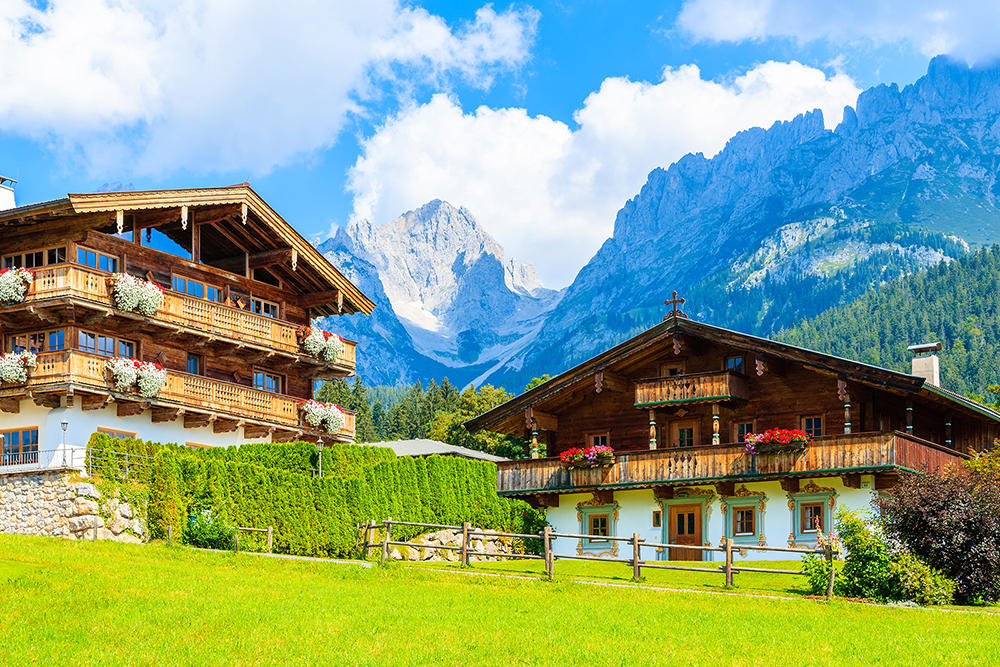 The only issue is that today this approach is slower and more costly than “conventional” construction. However, researchers have high hopes to make it competitive by relying on recent and future progress in construction robotics – which allows multiple tasks to be performed simultaneously or more rapidly – as well as the development of digital design tools!  “Thanks to these advances, Japanese and European know-how in wooden construction can be reinterpreted to help move from artisanal to quicker and more precise industrial production.”

Two types of assemblies under study

Yet for demountable buildings to become popular, the different steps needed to assemble and disassemble their various elements must be planned. At the Navier Laboratory, Baverel and his colleagues have identified two solutions, which have been explored as part of two doctoral dissertations45: non-sequential assembly, in which a number of different pieces are assembled simultaneously thanks to computer-assisted design and robotic arms; and sequential assembly, in which the different elements are added one after another, with the last one, known as the key, “locking” the whole.

The researcher and his team are working on automated design algorithms that can implement both of these approaches. “In the next few years, we hope to develop a demonstrator that will show the potential of these unconventional assemblies, test robotics strategies that can perform them, and check the mechanical resistance of constructions built in this way.” In mechanics laboratories, optimised and greener construction is well on its way.

Article
First-ever physical model consistent with the history of the...
Mechanics