Home / Articles / Transidentity and Transphobia in the Classroom

Transidentity and Transphobia in the Classroom

Home / Articles / Transidentity and Transphobia in the Classroom

Transidentity and Transphobia in the Classroom

A scene from the film “Tomboy” (2011), directed by Céline Sciamma, which addresses the question of gender and transidentity in children. Laure (on the right) arrives in a new neighbourhood and, for an entire summer, lets everyone think she’s a boy.
Film "Tomboy"; réal. C. SCIAMMA, 2011 / Pyramides/ COLLECTION CHRISTOPHE L
Share
Share
Transphobia does not stop at the school gates. Indeed, it can have severely damaging effects on the psychological well-being, involvement in activities and social relations of young transgender people. The sociologist Arnaud Alessandrin reveals the initial findings of an ongoing study on the health of LGBTI schoolchildren.

Alienation, anxiety and fear while using gender-specificFermerSpaces where gender norms, i.e. injunctions based on conventional perceptions of masculine and feminine, are especially enforced. school premises (toilets, changing rooms), absenteeism… TransphobiaFermerDiscrimination against trans (transsexual, transgender, etc.) people, regardless of the types of transitions suspected or completed. at school has multiple consequences that can deeply affect the lives of those concerned. Although there is a spontaneous tendency to associate transidentityFermerThe term “transidentity” is used to describe all persons whose gender assigned at birth does not correspond to the identity or gender expression that they experience. with adults, studies outside of France, like those by Annie Pullen Sansfaçon,1 have revealed the existence and specificities of gender-variant and gender-creative children—those who distance themselves, partially or completely, temporarily or permanently, from conventional gender identities. The transidentity experience, the feeling of not belonging to the gender one is assigned at birth, can occur at any age.2

Since 2014, these issues have gradually come into the spotlight in France. Personal accounts, especially on the Internet, are becoming more and more common. However, notwithstanding a handful of studies by associations, research on the experience of trans or gender-variant minors remains little-developed in France, concentrated mostly in surveys and the collection of qualitative data.3 It was not until 2017, when a research team4—of which I am a member—focused on the health of young LGBTI (lesbian, gay, bisexual, trans and intersexual) people in relation to school, that statistical trends emerged on the question of trans minors.

The figures from this survey are telling: of a total of 1,059 respondents, we were able to identify a stratum of 217 young trans people. First of all, the results highlight the feeling of isolation that these pupils suffer: while “only” 46% of gays and lesbians report not being able to talk about their sexual orientation at school, this figure rises to 76% among those who define themselves as trans or non-binary.

Secondly, these young people’s testimonies reveal a high level of apprehension regarding school (whether in relation to their peers or the institution as a whole): the experience is perceived as “bad” or “very bad” for 72% of the trans pupils—and up to 78% when including intersexuals. Lastly, secondary school is singled out as the most stressful time period. The survey identifies various explanatory factors: the importance of gender categories among peers of that age, corporeal transformations that impose undesired physical changes (menstruation, body hair, breaking of the voice, etc.), a relative absence of “words to describe oneself” (which seems less true at the end of secondary school, due to access to the Internet and support groups), as well as inadequate or non-existent efforts by the school to address these pupils’ problems.

Not to mention the non-negligible role of dedicated school programs that tend to promote pathologizing, primarily medical representations of trans and intersex identities.

While France lags far behind in this area, other countries like Canada offer practical solutions and guidelines for accommodating and supporting these young people’s needs, without denying their existence or treating them as psychiatric cases.5 Facilitating first name changes on administrative documents, providing medical support without immediately putting it in a psychiatric context, training the supervisory staff, raising awareness among the other pupils… Small actions like these can make a big difference, increasing young trans people’s integration and involvement in school life. 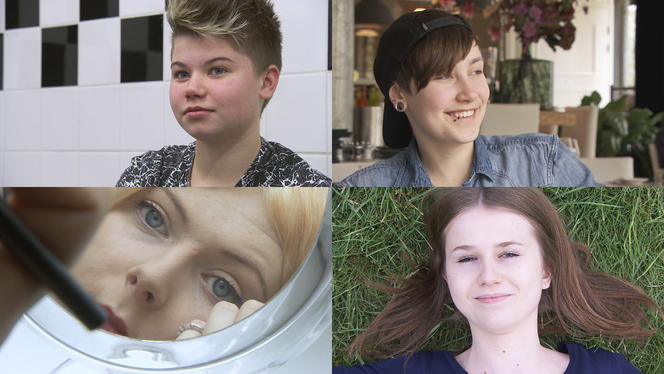 Portraits from “Devenir Il ou Elle,” a documentary on transgender teens by Lorène Debaisieux, broadcast on the French television channel France 5 in January 2017. 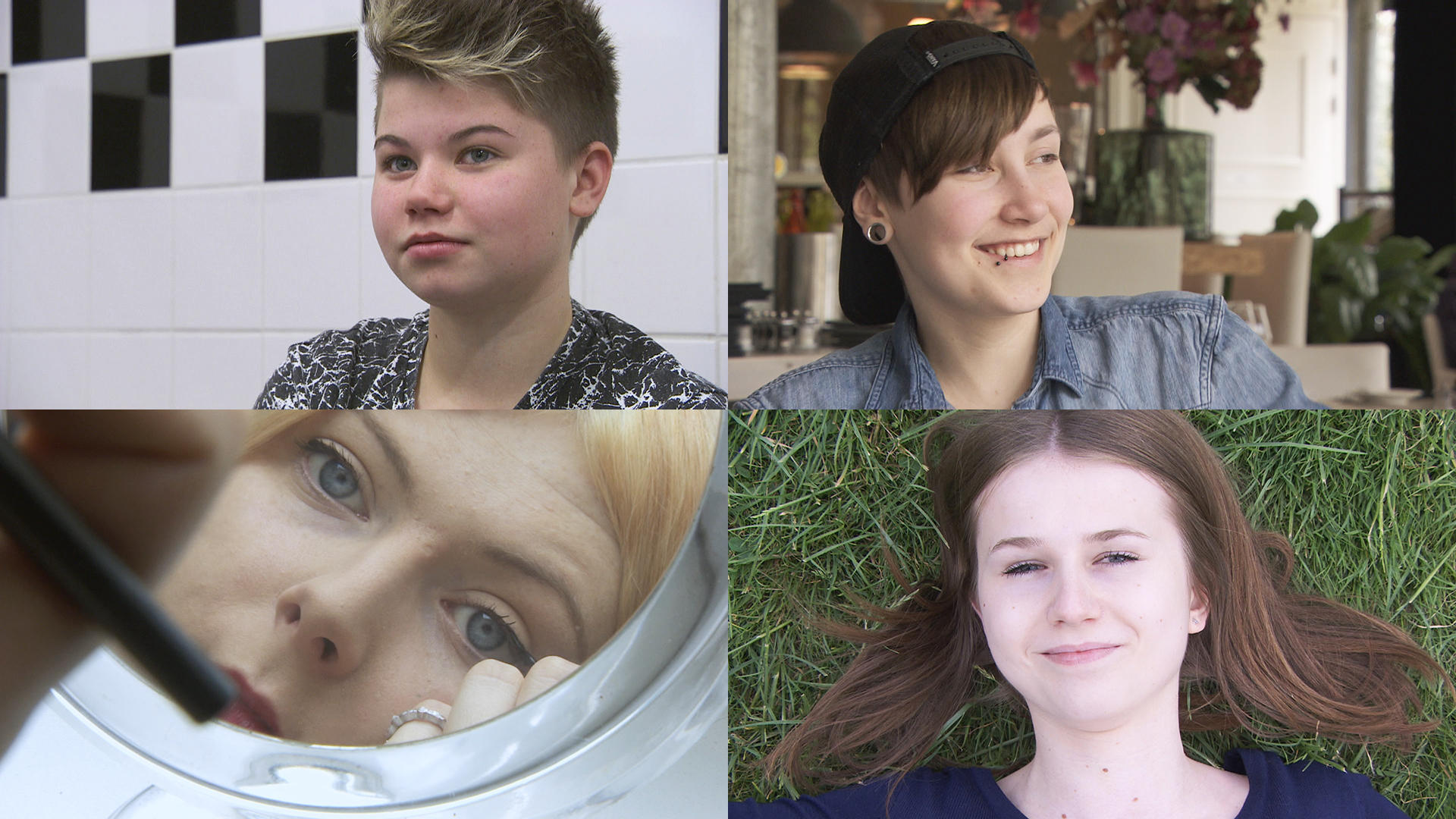 These good practices target the scholastic establishments, but other institutions can also make a contribution—first of all the family, which plays a predominant role in the well-being of trans children. This point is illustrated in the typology developed by Diane Ehrensaft,6 which differentiates among what she calls “transphobic,” “transforming” or “transporting” families. While the first group vehemently rejects the idea of a child’s gender nonconformity and transition, the second fully backs their transformation, and the third oscillates between help and denial, in particular by relegating any decision-making and actual support to external parties.

Another therapeutic angle, called “accepting,”7 suggests that transgender identities are not pathologies (whether concerning children or adults). In this perspective, hormonal treatments are often recommended, and clear improvements have been noted in terms of psychological well-being and participation in school life. These results suggest that health institutions should also be involved, although they are still very reluctant in France to steer minors toward the use of hormone suppressors, so as to avoid the side effects of sexuation and protect them from discrimination.

The opposition of the educational and medical worlds to improvements in dealing with transidentity needs once again illustrates the difficulties of removing the issue from the context of mental illness.

Arnaud Alessandrin is a sociologist, research associate at the Centre Émile-Durkheim,1 in Bordeaux.