Home / Articles / The Persistence of Stereotypes

The Persistence of Stereotypes

Home / Articles / The Persistence of Stereotypes

The Persistence of Stereotypes

Sturti/Getty images
Share
Share
Social networks, everyday conversations, political discourse, the media, the arts… No form of communication is immune to stereotypes. Although sometimes evoked for the purpose of humour, they are often intended to be stigmatising. Paradoxically, they can also trigger a desire for complexity. The latest issue of the journal Hermès, coordinated by Anne Lehmans and Vincent Liquète, offers new insights on stereotypes in a series of engaging articles and interviews.

What are the defining characteristics of a stereotype?
Anne Lehmans:1 A stereotype is a simplification of reality, a rigid, categorising – and often discriminatory – representation. For example, saying that women have no sense of direction, that Americans speak loudly, or that football is a man’s sport, are stereotypes. From an anthropological point of view, these are social phenomena linked to communication, and there is every reason to believe that they are as old as language itself. The concept of the stereotype, on the other hand, is more recent. The term was coined in the United States in 1922 by the American media specialist Walter Lippmann. In his book Public Opinion, he became the first to use the word, borrowed from the printing industry, in its modern-day sense. He was seeking to describe pre-established social representations, which he called “pictures in our heads.” The expression was then adopted in the social sciences and by the general public. 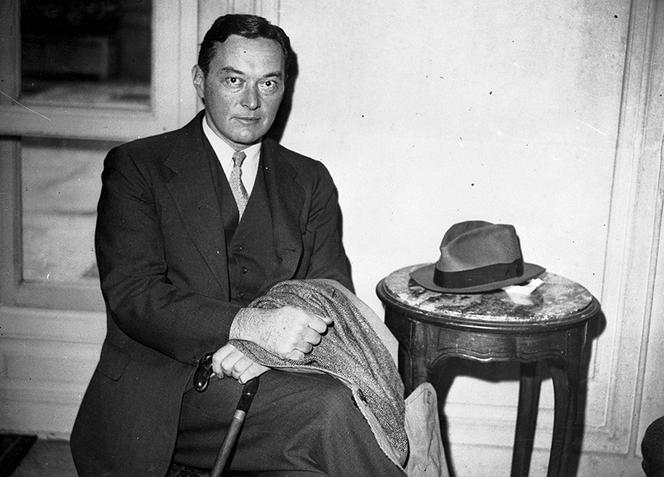 Walter Lippmann (New York, 1934), American media specialist, was the first to use the word stereotype in 1922 in his book Public Opinion. 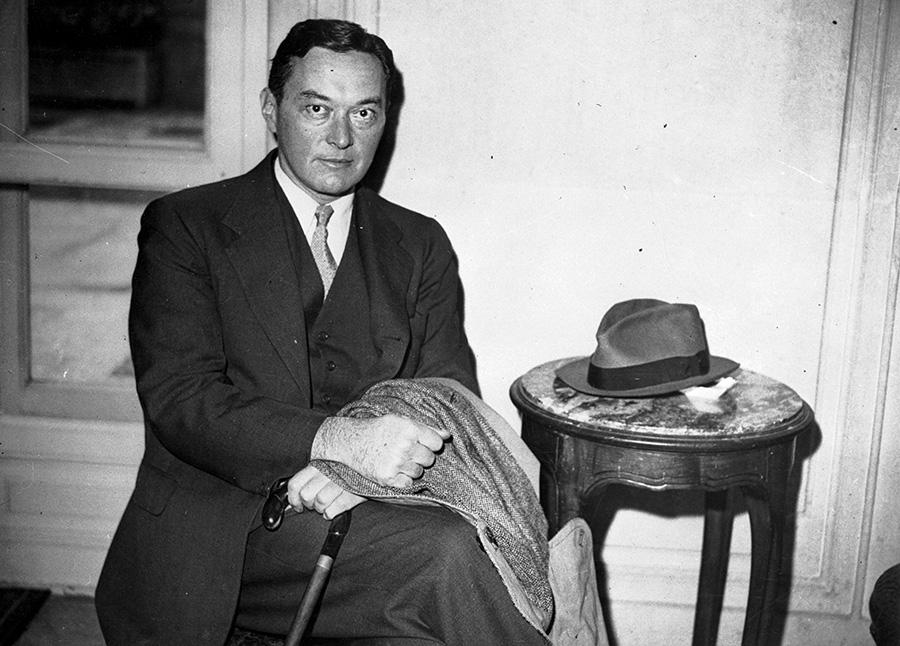 Have the internet and social networks changed the way we think of stereotypes?
Vincent Liquète:2 The way they are disseminated has undeniably changed since the advent of the internet. Information now circulates more freely, and stereotypes can spread more quickly. However, beyond any quantitative aspects, the clichés perpetuated by our globalised societies are now more difficult to decipher. Mixed in with the attempts to draw attention and stigmatise, there are also appropriative and critical uses of stereotypes by both individuals and organisations.

A. L.: Counter-stereotypes propagate on the social networks just as rapidly as stereotypes, as illustrated by the article on memes published in Hermès.3 On the internet, you can find racist or sexist clichés as well as their repudiation. But the multiplication of challenges to preconceived ideas does not necessarily contribute to their neutralisation. The communities that originate and disseminate stereotypes, and those that denounce them rarely interact on the social networks, except for the occasional confrontation.

Has the globalisation of communication radically modified the essential concept of the stereotype?
V. L.: That very point is, in fact, why we wanted to re-examine the notion of the “stereotype”, asking ourselves whether it still has meaning. Is this concept current and pertinent in this age of digital networks and technical rationality? We have noted that in recent years stereotypes have been less often discussed and analysed by researchers in the social sciences and humanities, who are now more concerned about distinguishing real from fake news, to the detriment of representations and symbols. Does it still make sense to continue talking about stereotypes? The answer is yes – in fact, it’s even indispensable for perceiving and understanding worldwide mass communication phenomena.

A. L.: In particular given that the way stereotypes are used continues to work both ways, with the well-known negative, reductionist aspects, but also the positive sides. This by itself is nothing new: previous work in semiology, in particular by Roland Barthes, and later by Ruth Amossy from a socio-discursive point of view, had already contributed to identifying this positive function of clichés. In other words, they are also a means of interaction intrinsic to our methods of communication. They thus play an active role in our representations, paving the way towards more complex forms of understanding. This positive facet has been illustrated in studies on the learning process in children, which have shown that a child always learns based on stereotypes, in order to be able to discard them later. In this way, they function as a gateway to simple forms of thought that can subsequently become more complex. 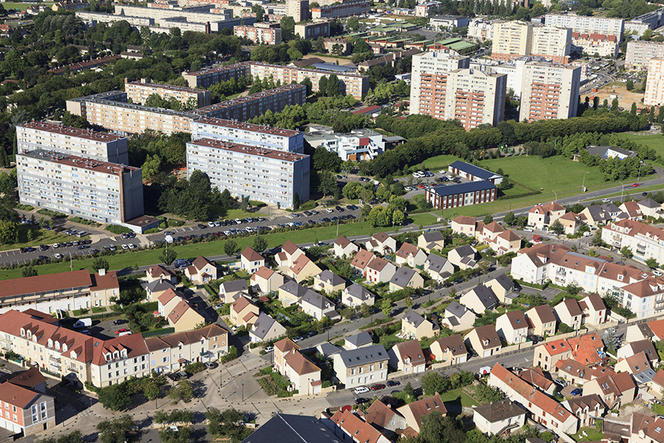 The French city of Trappes (Yvelines), like many suburban cities, is a victim of stereotypes. 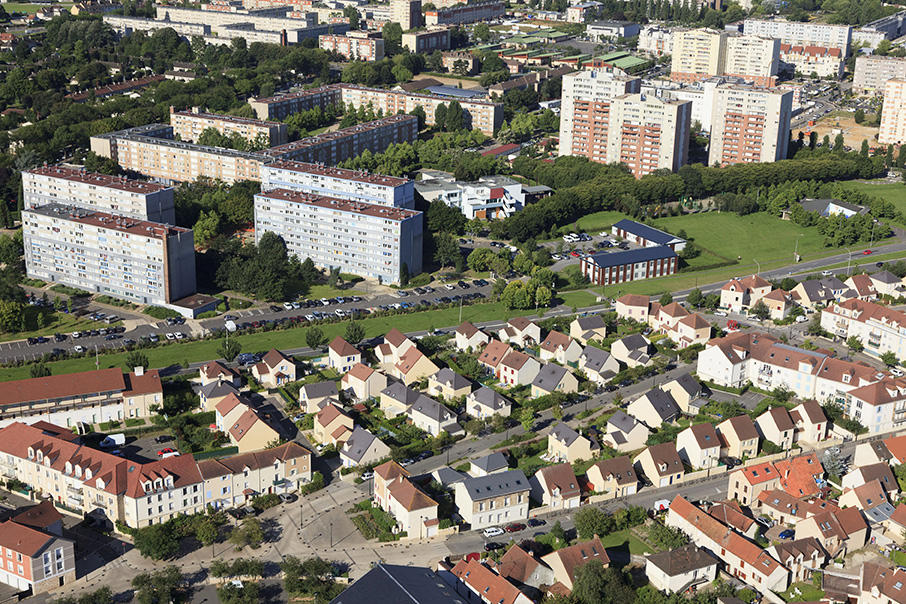 Are stereotypes thus inherent to our way of relating to the world and other people, regardless of communication methods?
A. L.: Indeed, the use and circulation of stereotypes does not seem to be linked to communication tools or media, but rather to constituting an invariant of communication, enabling, as Bernard Valade points out, the selection of information, organisation and cognition. The principle of categorisation is the basis for sharing representations, and thus the foundation of communication, even if mass media speeds up the circulation and increases the effect of stereotypes on a large scale. And the most recent work on digital social media shows that, despite the efforts for transparency, openness and democratic debate that have nurtured the Utopia of universal access to information via the internet, the stereotypical structure of the discourse remains unchanged.

V. L.: In that sense, every society that allows multiple, varied, adversarial exchanges through different forms of communication also allows great leeway for the emergence and circulation of stereotypes and counter-stereotypes, which serve as drivers for the exchange and sharing of ideas and representations.

Even though stereotypes can have a positive role in cognitive mechanisms, why do we most often focus on their negative uses?
A. L.: There is a strong interaction between stereotypes and ideologies, between our representations of the world or other people and the images that illustrate our beliefs. In fact, it is difficult to comprehend the world without some basic benchmarks, and stereotypes fill this need. In the 1990s, after the collapse of the Soviet Bloc, many people, wrongly, declared that ideology was dead, but that is still far from being true. The discourse on our globalised and tech-oriented societies continues to incorporate stereotypes that clearly reflect their underlying ideologies.

Do these ideologies permeate all social classes?
V. L.: Absolutely – stereotyping is not limited to any given social category or class. We all share the weakness and “rise to the bait” in one way or another. All social classes resort to stereotypes, in particular to qualify – and disqualify – others. Once again, we all build our world based on partial and ideologically oriented representations. On the other hand, the most deeply rooted clichés are often those concerning a specific group. For example, one of the contributions to the journal highlights the extent to which the perception of the suburbs in France is riddled with firmly anchored stereotypes that evolve very slowly.4

Therefore, can social history explain that certain preconceived ideas are long-lived?
A. L.: Of course, there is an undeniable historical dimension to stereotypes. On this point, the article in Hermès by Pascal Blanchard discusses how France’s colonial heritage still influences our collective imagination.5 For example, preconceived ideas regarding Islam, and in particular women wearing a veil, are much more prevalent in France than in other countries, such as Canada, that have a different conception of secularism and the public space.

How can we free ourselves from these persistent and socially divisive stereotypes?
A. L.:  I think that education is a determining factor. It is what allows us to enrich our representations of the world and encourage the development of complex perceptions. That said, I also think that the process is more difficult today. Our schools no longer attempt to break down lines of discourse that are still strongly marked by stereotypes. Modern-day education seeks to be less critical, oriented towards the technicisation and didacticism of knowledge rather than the understanding of rhetoric. I think it’s crucial to enable children to clearly understand the ideological underpinnings of what they read and hear, the underlying motivations, the value systems that shape stereotypes. We mustn’t forget the importance of examining the core of the message.

V. L.: Anne and I are especially interested in education. In fact, we have noted that educational programmes are less and less sensitive to the issue of stereotypes, and more generally to the phenomena of their elaboration and dissemination in our contemporary societies. Techniques for finding information are given greater priority, to the detriment of critical acquisition of knowledge, essential questioning and build-up of trust. 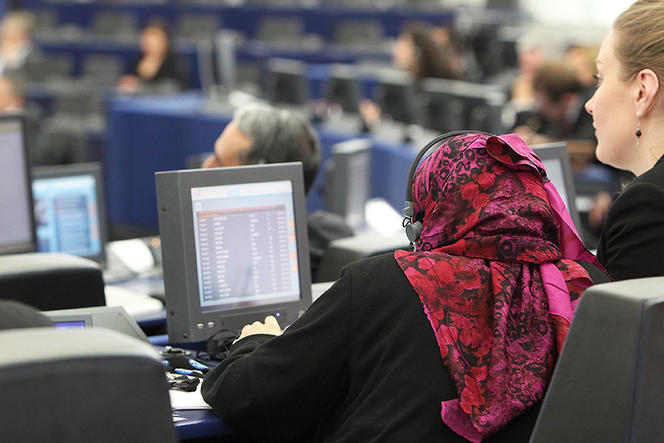 Session of the European Parliament in Strasbourg in 2013: stereotypes on veiled women change according to a country's stance on secularism and the public space. 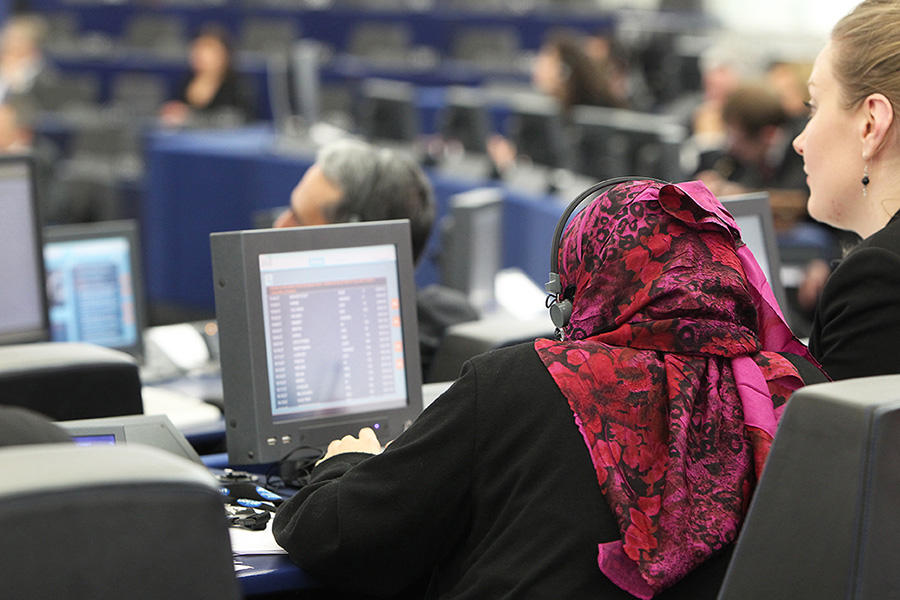 Session of the European Parliament in Strasbourg in 2013: stereotypes on veiled women change according to a country's stance on secularism and the public space.
Fred MARVAUX/REA
Fred MARVAUX/REA
Share
Share

How do you plan to follow up on this much-needed reflection on stereotypes?
A. L.: In examining the current state and pertinence of stereotypes, we had to make choices and forego certain lines of investigation that have yet to be explored. The comparative perspective and the point of view of cultural anthropology deserve closer attention, in particular due to the diversity of the modes of artistic expression, which we were not able to address exhaustively. The role of stereotypes in the most recent scientific and technical developments is also a fundamental question, both from an epistemological point of view and in terms of choices that have a significant effect on our technical environment, e.g. in the field of artificial intelligence.

V. L.:  It would also be worth studying the link between the phenomena underlying the production of stereotypes and the emergence of contemporary ideologies. We hope that in the years to come Hermès will be able to re-examine this key concept in the philosophy of communication and the circulation of ideas.

See author's bio
Shells, the Sentinels of the OceanPrevious
The Big-brother Effect on Language Development Next