The Complex Origins of Whale Hearing

The Complex Origins of Whale Hearing

The otherworldly clicks and whistles of whale song are largely inaudible to human ears as their frequencies are either too low or too high for us to hear. Too low in the case of baleen whales—cetaceans that filter food like krill from seawater with the baleen plates in their mouths—whose infrasounds enable long-distance communication. Too high in the case of toothed whales—fish-hunting cetaceans including dolphins, porpoises, and sperm whales—which emit ultrasounds whose echoes allow them to locate and identify objects. In both cases, incredible auditory abilities whose evolutionary origins remain murky as scientists have puzzled over whether primitive whales started off by hearing low- or high-frequency sounds. Now, by probing into 45-million-year-old fossil specimens, a pair of French paleontologists has reconstructed the cochlear structure of protocetids, a now-vanished group of early cetaceans, to paint a new picture of how whale hearing ability developed.1

3D model of the internal cavity of the inner ear, including the cochlea.

From legs to fins

A bit of family history first. Roughly 40 million years ago, baleen and toothed whales evolved from a common ancestor. “But as we have no physical traces of it,” explains Maeva Orliac of the ISEM,2 “its identity remains purely theoretical.” In order to find out more about today’s whales, Orliac and fellow ISEM paleontologist Mickaël Mourlam thus looked at the protocetids, “an extinct cousin group of present-day cetaceans.” While the amphibious protocetids had four limbs for dwelling on land and water, whales—once legged creatures—would eventually shed their hind legs while their front legs evolved into fins. On the basis of this shared legged past, both however fall in the broad mammal group of the even-toed ungulates that encompasses cows, pigs, hippopotamuses, giraffes, camels, and whose “transition from terrestrial to aquatic habitats is the core of the team’s research focus.”

Orliac recounts that the project kicked off “when the Université de Montpellier recently recovered a set of protocetid fossils, extracted from deposits in Togo in the 1970-80s. “There are very few of them around,” the researcher continues, “and access to those that exist is sometimes jealously guarded!” So when the fossils—representing two out of the three protocetid species identified in the Togo deposits—arrived in France, the paleontologists naturally seized the opportunity to investigate the ongoing debate on whether the whale’s primitive relatives were more sensitive to high or low frequencies.

The team proceeded by running the two fossil samples—a cranial fragment and a bone surrounding the inner ear—through a micro-computed tomography scanner. Orliac explains that “the scanner’s very powerful X-rays can detect the fossil’s different densities and distinguish between rock and fossilized bone.” As a result, the scans provided cross-section images of the samples while keeping them intact.

The researchers’ next challenge was to use the scans to reconstruct the protocetids’ bony labyrinth—the inner ear’s hard outer wall containing the spiral-shaped cochlea cavity with the organ that responds to sound. Reconstruction proved laborious. “We examined thousands of images,” recalls Orliac, “because the extremely dense ear bone meant that they were unclear and difficult to work with.” But the scientists finally met their goal, and produced “a virtual 3D mold of the animal’s cochlea.” And significantly, to lift the secrecy surrounding these rare fossils, the French paleontologists are making public all of their 3D models. 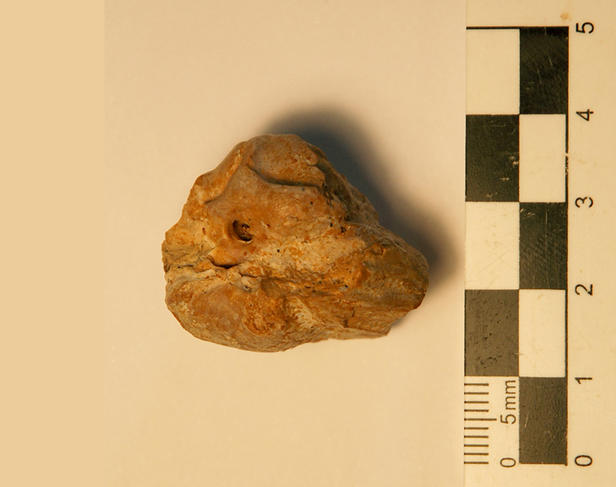 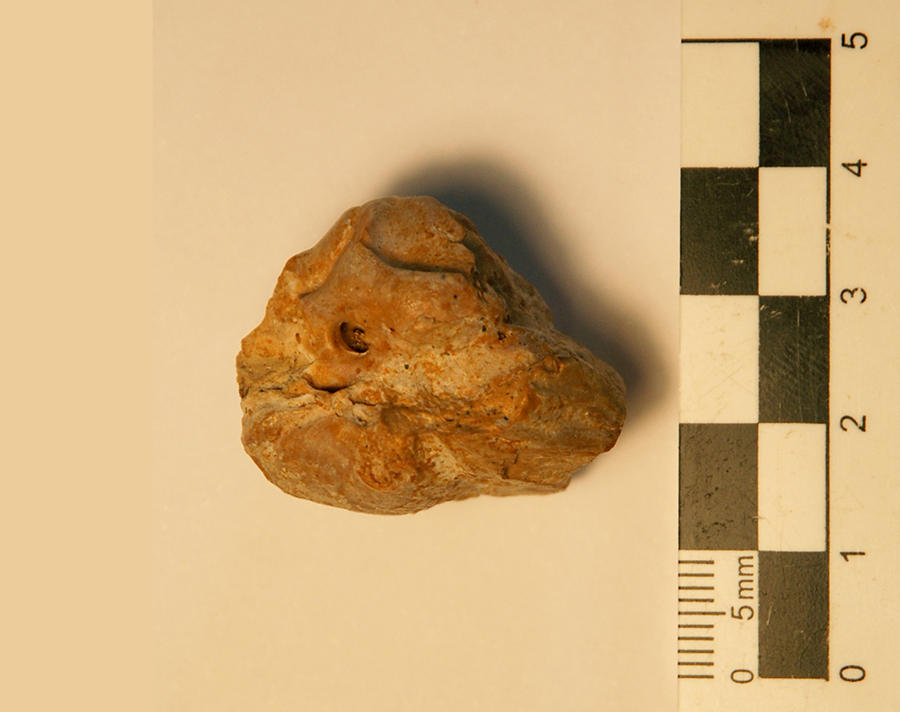 So what exactly do the models tell us? While Orliac admits that “it’s impossible to establish which frequency range protocetids could hear, the results clearly show what they couldn’t hear.” In this way, the research duo is now “positive that the protocetids heard neither ultrasounds nor infrasounds,” settling the debate on whether primitive cetaceans had the capacity to hear one or the other.

The protocetids’ less specialized auditory capacities however allowed them to hear both in water and on land. Of particular note, their cochlear structure turns out to resemble that of their terrestrial even-toed ungulate relatives. But for the ISEM researcher, this outcome is not altogether surprising: “It’s very logical that animals with legs were close to their terrestrial cousins. After all, they had to be operational on land too.”

The scanner’s very powerful X-rays can detect the fossil’s different densities and distinguish between rock and fossilized bone.

This discovery implies that infrasound and ultrasound communication in whales developed later than once believed, after whales had turned fully aquatic and separated into the toothed and baleen branches. What also emerges is that whale evolution is more complex than previously thought. The French researchers hope to fill in more gaps by returning to Togo at the end of 2017. Their aim? To find head-bone remains of the third protocetid species in order to compare its hearing system to the two now-examined species. Orliac is keen to explore “how the hearing capacities of the different species vary.”

But the team’s research interests also spread further afield. Orliac and her colleague anticipate “going back further in history and studying the auditory regions of even more primitive animals, more terrestrial ones, such as the Choeropotamus that resembled a small hippo.”