Artist's rendition of a gigantoraptor, a genus of giant oviraptorosaurian dinosaur from the Cretaceous Period.
M. HAGHANI/STOCKTRECK IMAGES
Share
Share
French and Chinese scientists have hatched an innovative geochemical method that can be used on fossilized eggs to determine the incubation strategies of extinct species like the oviraptosaur—no longer believed to be an “egg-snatcher.”

The bad rap began with the discovery, in the 1920s, of dinosaur bones on top of a nest of eggs in Mongolia. At the time, scientists believed that the eggs belonged to the protoceratops but that the bones came from another species deemed guilty of stealing the eggs: the oviraptorosaur, whose Latin-derived name points to its alleged crime. The bad reputation of this big dinosaur, growing up to 2 meters long, stuck until another Mongolian expedition in the 1990s revealed that embryos in the eggs of another nest topped by oviraptorosaur bones were in fact young oviraptorosaurs. Out went the image of a preying thief; in came the picture of a nurturing parent brooding its young. A picture that now grows even stronger thanks to the geochemical method devised by a French-Chinese research team to determine how the oviraptosaur incubated its eggs, unearthing similarities between this extinct dinosaur and the birds of today.1

It takes little imagination to see dinosaurs as savage hulking monsters. But a growing body of evidence presents these animals as tender parents that cared for their young, namely by keeping their eggs warm. Yet uncertainty continues to envelop the specific ways in which different dinosaur species incubated their eggs. Did they, for example, bury them underground as turtles do? Or did they, like some crocodiles, cover them in rotting plant matter that produced heat? Or perhaps transfer their own body heat by bird-like egg-sitting? So far, researchers have relied on indirect clues such as egg morphology and fossil positions to figure out the individual strategies of dinosaurs. But now, adding a valuable experimental strategy to this area of research, Romain Amiot of the LGLTPE2 has led a team of French and Chinese paleontologists, geochemists and biologists3 to develop a novel technique to determine the heat source used to incubate fossilized eggs based on calculating the incubation temperature itself. 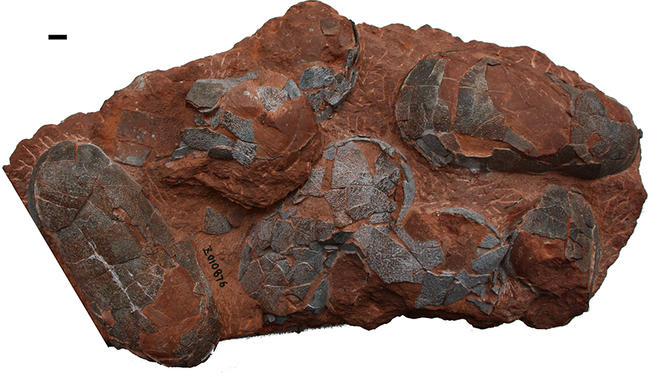 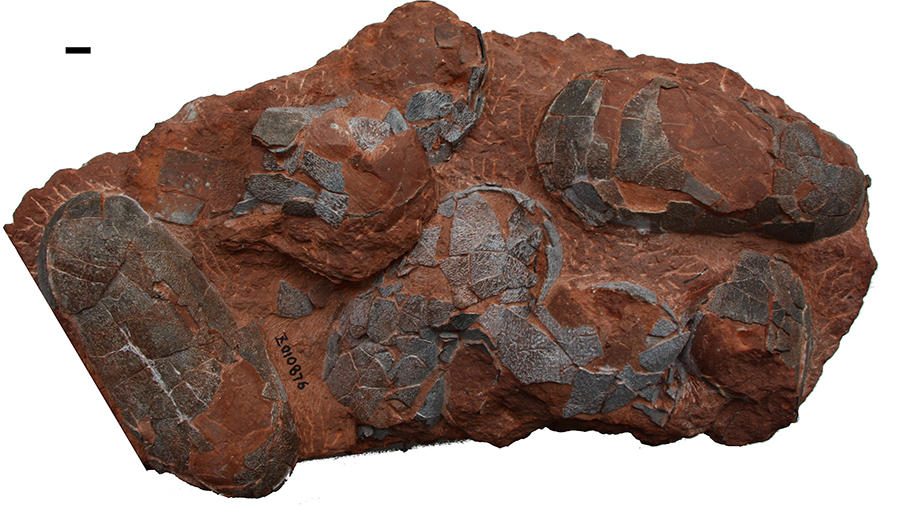 Temperature, the LGLTPE researcher explains, is one of “the three variables that form a known relationship in incubating eggs according to well-established laws of thermodynamics.” As long as scientists have data on two of these variables, they have the means to work out the third, namely the mysterious egg incubation temperature. This was the underlying principle that inspired Amiot to quantify the two other variables: the composition of stable-oxygen isotopes—variant forms of the element oxygen—in bone of the developing embryo as well as in fluid from inside the egg.

Did they bury them underground as turtles do? Or did they, like some crocodiles, cover them in rotting plant matter that produced heat?

In this way, the team ran fossil samples from seven oviraptorosaur eggs—aged approximately 70 million years old and excavated from Jiangxi province in southeast China—through an isotope-ratio mass spectrometer to obtain readings of their isotopic compositions. While embryo bone was present in these samples, egg fluids had of course long vanished. Not a problem for the scientists, though, who resourcefully measured the isotopic composition of eggshell fragments instead. A transposition made possible, as Amiot points out, because “the egg fluid which originated from the mother also served to form the shell.” With data on the isotopic composition of embryo bone and egg fluid in hand, all that remained was to solve equations to yield the vital missing variable: incubation temperature. 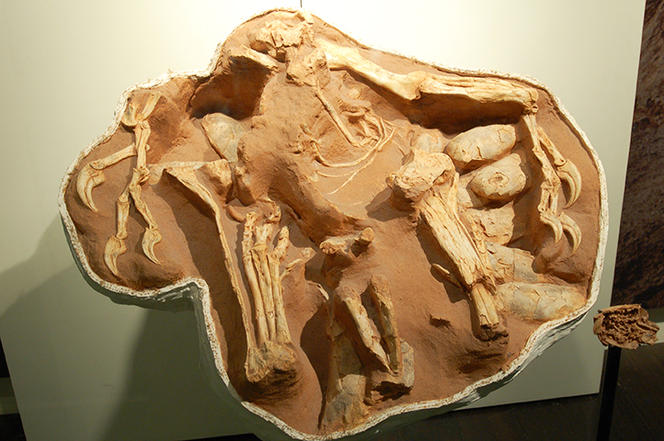 A nesting oviraptorid dinosaur (Citipati osmolskae), nicknamed "Big Mamma." This specimen is kept at the American Museum of Natural History in New York. 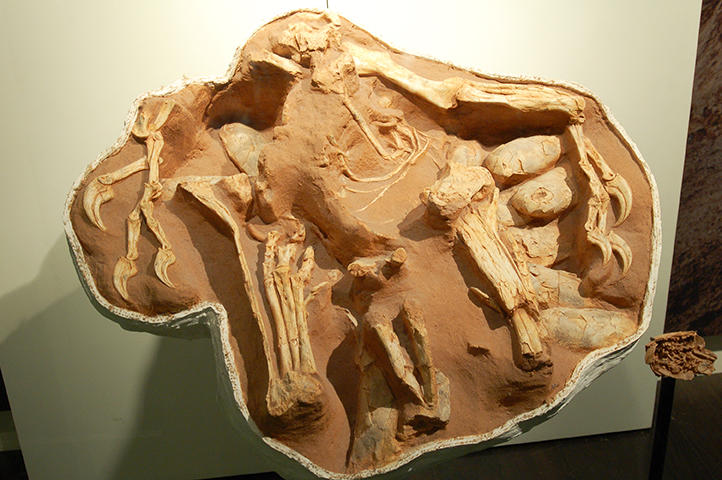 According to the model built from the study’s data, oviraptorosaurs kept their eggs at a temperature ranging from 35°C to 40°C—which is considerably higher than ambient temperatures, and which, importantly, could only be sustained by parent dinosaurs brooding the eggs. Amiot further notes that such incubation temperatures “can only be found today among egg-sitting birds,” thus backing up the oviraptorosaur’s key role in “the transition from dinosaurs to birds.”

Having used stable-oxygen isotope analysis to confirm the oviraptosaur’s brooding tendencies, Amiot is now “eager to apply this method more widely.” Indeed, one of the model’s advantage is that its parameters can be adjusted “to define egg incubation temperatures of different animals.” In particular, the geochemist’s interest is piqued by the sauropodomorphs—a group of long-necked, long-tailed dinosaurs with a four-legged stance that have left fossil traces all over the world—among them, North America's well-known Diplodocus. “Weighing several tons and measuring tens of meters long, it’s hard to imagine a Diplodocus crouching on its eggs. So what brooding strategy did it use? If we can locate samples of these eggs, then we can define their incubation temperature and find out more on the hatching conditions of this extraordinary animal that we know so little about.”