Methane Concentrations on the Rise

Methane Concentrations on the Rise

Livestock alone accounts for 30% of anthropogenic methane emissions (emissions linked to digestion, but also to the fermentation of manure).
SALLY RYAN/The New York Times-REDUX-REA
Share
Share
For the first time, a complete report on methane emissions has been published. After stabilizing in the early 2000s, methane concentrations in the atmosphere began to increase again in 2007, rising sharply since 2014. An explanation by researcher Marielle Saunois, a specialist in atmospheric physics and chemistry at the LSCE.

Today, as part of the Global Carbon Project, you are publishing a full report on methane emissions. This is the first of its kind, is it not?
Marielle Saunois:1 Each year, the scientific community publishes the “CO2 report” for the previous year. Until now, no such report existed for methane (CH4). However, while CO2 alone accounts for 80% of all global warming observed, methane is still an extremely powerful greenhouse gas—28 times more potent than CO2 at equivalent quantities over a 100-year period. There is thus every reason to be alarmed at the results published today: according to the international networks making continuous measurements in all regions across the globe, methane concentrations in the atmosphere rose to 1835 ppb (parts per billion) in 2015, representing an increase of 10 ppb over 2014.

Was this increase a surprise?
M. S.: Methane concentrations in the atmosphere are two and a half times higher than they were at the start of the Industrial Revolution. After stabilizing in the early 2000s, they began to increase again in 2007, and have risen sharply since 2014, as confirmed by the 2015 results. These figures diverged from all of the scenarios projected by the IPCC, except for the worst-case scenario (which corresponds to a temperature increase of around 4°C by 2100). However, although the main sources of methane emission are now well known, there is very little understanding of why this sudden increase has come about. 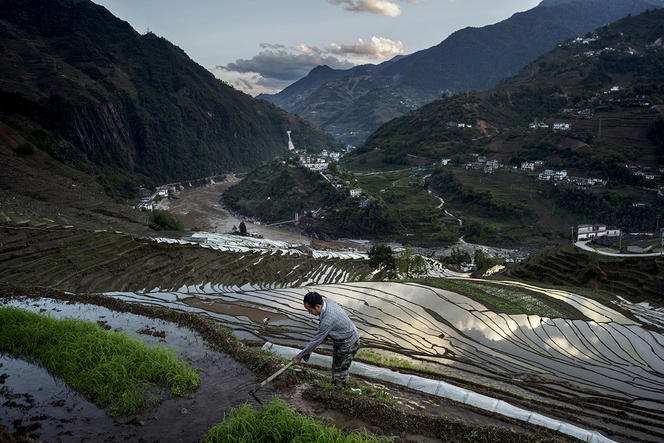 All wetlands release methane, whether they are natural, like ponds or mangroves, or linked to human activity, such rice-producing areas. 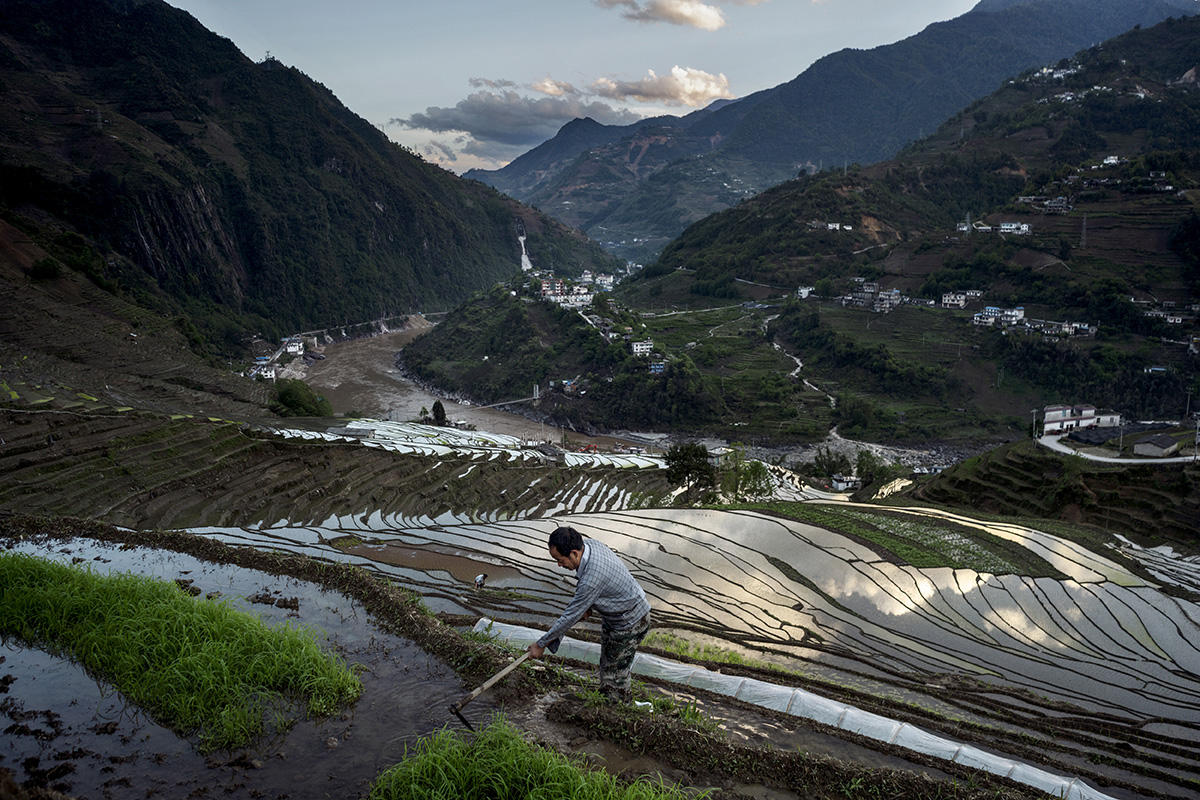 What are the sources of methane emission in the atmosphere?
M. S.: They are varied and are far more numerous than sources of CO2. We must distinguish between natural sources, which give off some 40% of methane emissions, and anthropogenic sources, directly related to human activities, which account for 60%. Natural sources include wetlands such as marshes and mangroves, but also those formed by thawing Arctic permafrost, which release methane synthesized by anaerobic bacteria (bacteria living in oxygen-free environments) via a phenomenon known as methanogenesis. Geological sources also exist in the form of natural degassing processes that release fossil methane trapped underground.

What are the anthropogenic sources?
M. S.: Agriculture and waste treatment represent around 60% of anthropogenic emissions, and in both cases, the methane results from methanogenesis. Livestock alone (emissions linked with the digestive processes of ruminants, but also the fermentation of manure) accounts for 30% of anthropogenic emissions, and rice production, which involves the flooding of fields, accounts for 10%. Burning and transportation of fossil fuels (coal, natural gas, oil) also contribute to the release of fossil methane trapped below ground; during operation, an oil well for instance always gives off gas alongside the oil being pumped out. 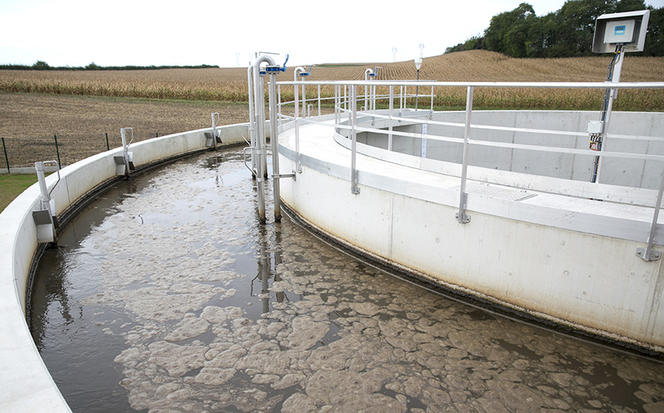 Waste water treatment is good. Yet methane is released by open sewage treatment plants. The solution? Capture it and use pump it back into our gas or heating networks. 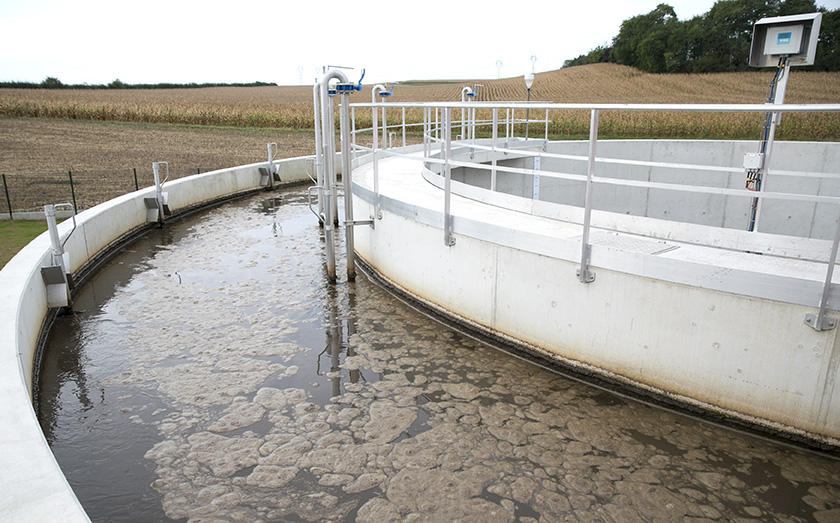 Waste water treatment is good. Yet methane is released by open sewage treatment plants. The solution? Capture it and use pump it back into our gas or heating networks.
F. MAIGROT/REA
F. MAIGROT/REA
Share
Share

So in short, atmospheric methane concentrations are increasing because of livestock and fossil fuels …
M. S.: No single cause has been clearly identified over another. If we wish to reduce these concentrations, we will have to act on all sectors together. Nutritional supplements exist that limit bovine eructation; some experiments have also shown that rice production does not necessarily require so much irrigation. Regarding waste treatment, there are now units to recover the methane produced by fermentation for direct injection into heating systems for instance… Methane reaches into a broad range of scientific disciplines, which will need to be mobilized in order to understand all emission processes. This will be a worthwhile exercise: compared with CO2, which remains in the atmosphere for 100 years, methane has a life cycle in the atmosphere of only 10 years, which means that any action taken today to reduce methane emissions will be rapidly beneficial.

Article
Global warming in France may be worse than thought
Environment

Article
A Hidden Side of Lanthanides