Home / Articles / A Hidden Side of Lanthanides

A Hidden Side of Lanthanides

A Hidden Side of Lanthanides 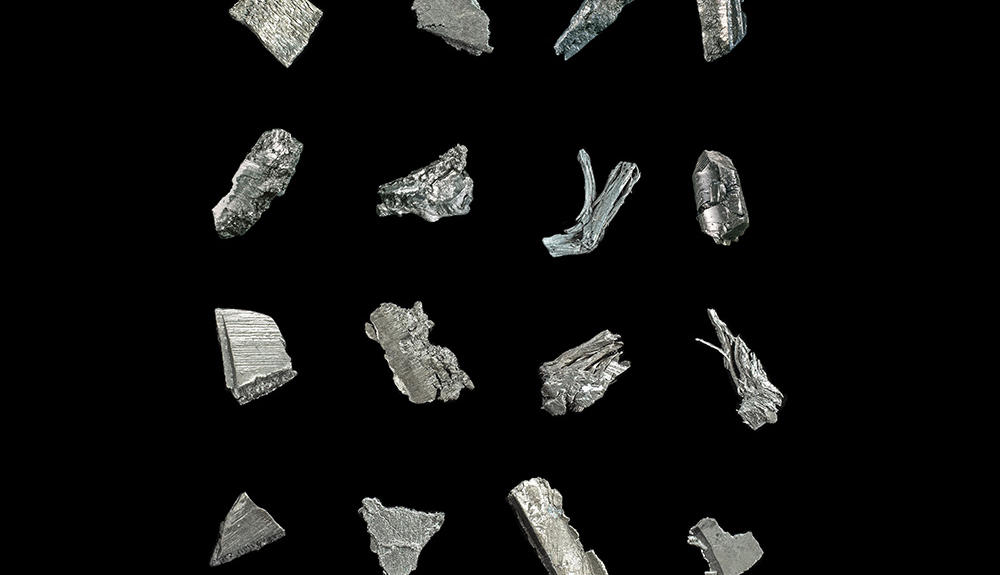 Composite photo of samples of rare earth elements. These are the lanthanides along with scandium and yttrium. The only rare earth element not shown here is the highly radioactive element promethium. Despite their name, many of these elements are far from rare. However, they tend to be geochemically dispersed and not seen as concentrated ores.
SPL/COSMOS
Share
Share
Chemists have synthetized—and for the first time experimentally analyzed—a molecule based on an extremely unstable form of thulium, one of the lanthanide metals whose startling properties lend them to a myriad of applications.

“Lanthanides” may not be a household name, but chances are they are part of your everyday life. These 15 elements which make up the bulk of the “rare earth metals” are not actually all that rare in parts of Asia, Australia, Africa and the Americas, but as they tend to occur together, they are difficult to separate from one another and obtain in pure form. Reputed for properties such as magnetism, luminescenceFermerability to emit light not resulting from heat and catalytic activity, they are used extensively in industry, for example in optical, lighting, IT, ceramics, energy, laser or imaging equipment. Yet despite their omnipresence, much remains unknown about these metals.

So it’s big news when five French laboratories jointly succeed in synthesizing molecules of a particularly unstable lanthanide state and carrying out the first-ever spectroscopic analysis of their electronic structure to define how electrons are distributed within the molecules.1 Significantly, by expanding knowledge about this lanthanide state, the development promises to further enlarge the spectrum of applications for these versatile metals.

Lanthanides are used extensively in industry, for example in optical, lighting, IT, ceramics, energy, laser or imaging equipment.

Lanthanides are most stable in their trivalent state when a single lanthanide atom has three positive charges that are three electrons short of neutrality—this is the form in which they usually exist and have already been widely studied. However, divalent lanthanides,—compounds in which each lanthanide atom has only two positive charges—remain far more mysterious, for their high reactivity has tended to thwart attempts to research them. Divalent compounds based on the lanthanide thulium, for example, are notoriously difficult to prepare as they act as drastic reducing agents on the other chemical species they encounter, and oxidize in the process.

Team leader Grégory Nocton from the LCM2 explains that these compounds “react with many solvents as well as many usually inert molecules such as nitrogen in the atmosphere.” In addition, “their extreme reactivity causes them to disproportionate,” in other words, the divalent molecules react with one another and shift from divalent to stable trivalent and zero-valent states. Due to these practical obstacles to the synthesis of stable divalent lanthanide compounds, “theoretical predictions on their electronic structure were never verified experimentally on a molecular level.” The challenge for scientists was therefore to create a compound stable enough to allow them to study its electronic structure.

A challenge now met by the LCM and its partner institutions.3 Choosing to work with readily available ingredients, the chemists proceeded by combining thulium triflate—a trivalent thulium—with potassium graphite to induce the former’s reduction into a divalent state. A simple principle, but the procedure proved somewhat less straightforward.

“To ensure that we yielded pure results,” says Nocton, “we had to perform the synthesis at a very low temperature, -35°C. And to stop the thulium from reacting with atmospheric gases, we had to operate in the inert atmosphere of an argon chamber.” After 3 hours of stirring, a semi-liquid mixture formed, whose dark red color indicated the presence of divalent thulium. But the procedure wasn’t over yet. “Another great difficulty involved obtaining untainted crystals of the molecule.” To do so, the scientists had to remove solids from the mixture by centrifugation, then evaporate off liquid from the remaining deep red solution, and finally, bring the temperature further down to -40°C, to make the residue crystallize into blocks of divalent thulium triflate.

In this solid crystalline form, the divalent lanthanide compound was suited to X-ray spectroscopy, an analysis technique that scatters X-rays onto a material to obtain information on its structure. In this way, the researchers used spectroscopic tools to detect the compound’s magnetic, luminescent and EPRFermerelectron paramagnetic resonance, demonstrating temporary magnetism as a result of unpaired electrons properties. In particular, luminescence measurements allowed researchers to confirm prior hypotheses on the electron configuration of divalent thulium molecules: namely that they have 13 electrons in what is known as their “f orbital” region, so offering the first experimental evidence of this structure and offering new clues on their magnetic properties. 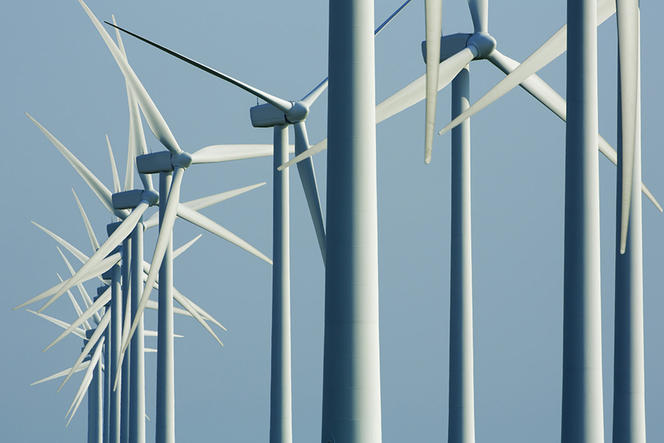 Lanthanides are used in a variety of applications. They are the materials of choice for electric motors in automotive and wind turbine generators, with an unbeatable weight / power ratio. 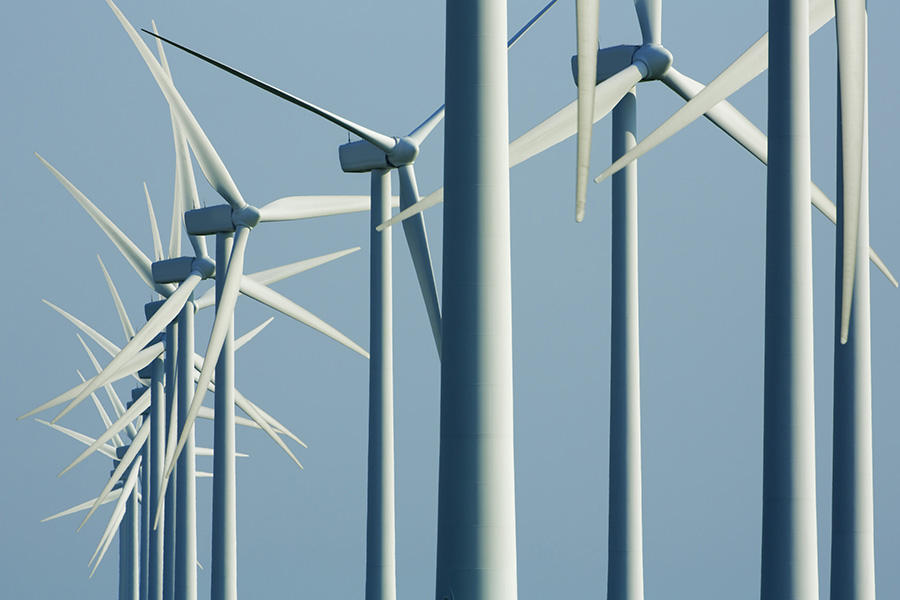 Even if the team’s research has so far focused on thulium, this particular element is only a starting point. The scientists view their divalent-molecule synthesis procedure as a springboard for the formation of more complex compounds using other lanthanides. Nocton thus reports that the team aims to transpose the method to dysprosium and neodymium, “which are even more reactive and harder to synthesize, in order to examine them via spectroscopy.”

While the team’s research is largely fundamental, new applications also stand to be developed from their findings. The team leader himself is striving to develop “the use of highly reactive divalent lanthanides to transform pollutants such as CO2 or methane into exploitable molecules.” A much-needed solution in this era of climate change, set to join the already long list of lanthanide applications.

Ultimately, however, what the team seeks to revolutionize is the way in which lanthanide applications are designed. As Nocton points out, the team’s discovery illustrates that “even if lanthanides are already used in a vast range of everyday items, they still have an entirely hidden dimension.” And only by getting a firmer grasp of their unexplored aspects can humans truly optimize use of these metals.

The LCM researcher observes that “today, people manage to use divalent lanthanides for a range of applications. But when we don’t have a deep understanding of the electronic structures of these molecules, we can only operate on a trial-and-error basis: we take a molecule, see if it works, and if not, try another.” The team aspires to develop the opposite approach of “identifying electronic structure before integrating the molecule into appropriate applications. When we know why molecules work the way they do, we can anticipate their behavior and access some really spectacular properties.” Words that point in one sure direction: whether their name is familiar to you or not, lanthanides are on their way to becoming an even bigger part of our lives.