Innovation and Investment Are a Pressing Need to Fight Malaria

Innovation and Investment Are a Pressing Need to Fight Malaria

To control diseases, mosquito nets are distributed to the inhabitants of Kisumu by staff from the Kenya Medical Research Institute (KEMRI).
S. Torfinn / WHO / PANOS-REA
Share
Share
After several years of decline, malaria is seeing a resurgence. Following the Sixth Replenishment Conference of the Global Fund to fight AIDS, Tuberculosis and Malaria which was recently held in France, the economist Josselin Thuilliez explains what resources should be implemented to combat these epidemics.

The city of Lyon hosted last October the Sixth Replenishment Conference of the Global Fund. What is the human impact of the disease worldwide?
Josselin Thuilliez:1 Malaria remains a major threat to our planet. More than 200 million new cases are recorded each year, of which 400,000 prove fatal, particularly among young children. With more than 90% of these fatalities, Sub-Saharan Africa pays the highest price, being home to both the most virulent Anopheles mosquitoes (which are the vectors of malaria) and parasite, Plasmodium falciparum.

The current situation is certainly better than it was 20 years ago, because the control strategies introduced since 2000 have considerably reduced the occurrence of the disease. Indeed, it is estimated that the number of cases and deaths was halved between 2000 and 2015. Sadly, little progress has been achieved in more recent years; worse, some countries are in fact witnessing a resurgence of the illness. The return to the forefront of this historical curse is extremely worrying.

How can you explain this upturn in malaria rates?
J. T.: According to the World Health Organization, the main reason is that the financial investments dedicated to fighting malaria, which are stagnating, remain insufficient to meet the needs.

Indeed, in low-income countries, access to treatment and preventive measures is principally a question of money. If we are to continue to drive down the incidence of malaria, as was the case between 2000 and 2015, and have a chance to achieve the goal of the Global Technical Strategy for Malaria – i.e. to lower mortality rates between now and 2030 by at least 40% over 2015 levels – it would be necessary to increase both national and international investment.

That is precisely what happened during the 2000s. Numerous governments and public or private organisations made the fight against malaria a priority at that time, and decided to invest massively in these efforts. It was during that period that the Global Fund to fight AIDS, Malaria and Tuberculosis, one of the main players in this area, was created. 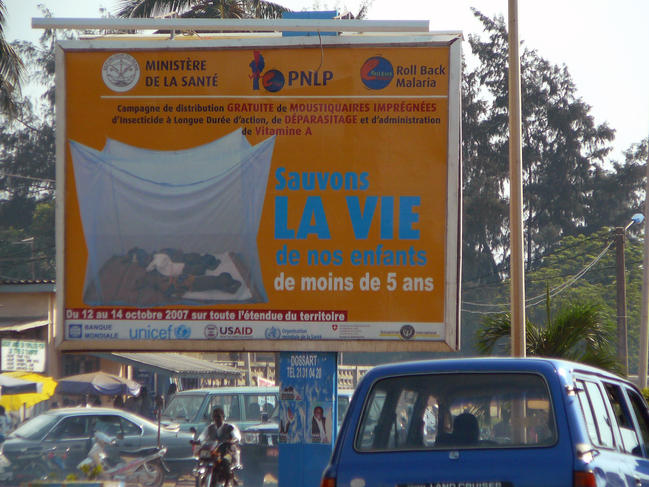 Raising awareness to the fight against malaria displayed in the centre of Cotonou, Benin, in the context of a campaign on the free distribution of insecticide-treated mosquito nets. 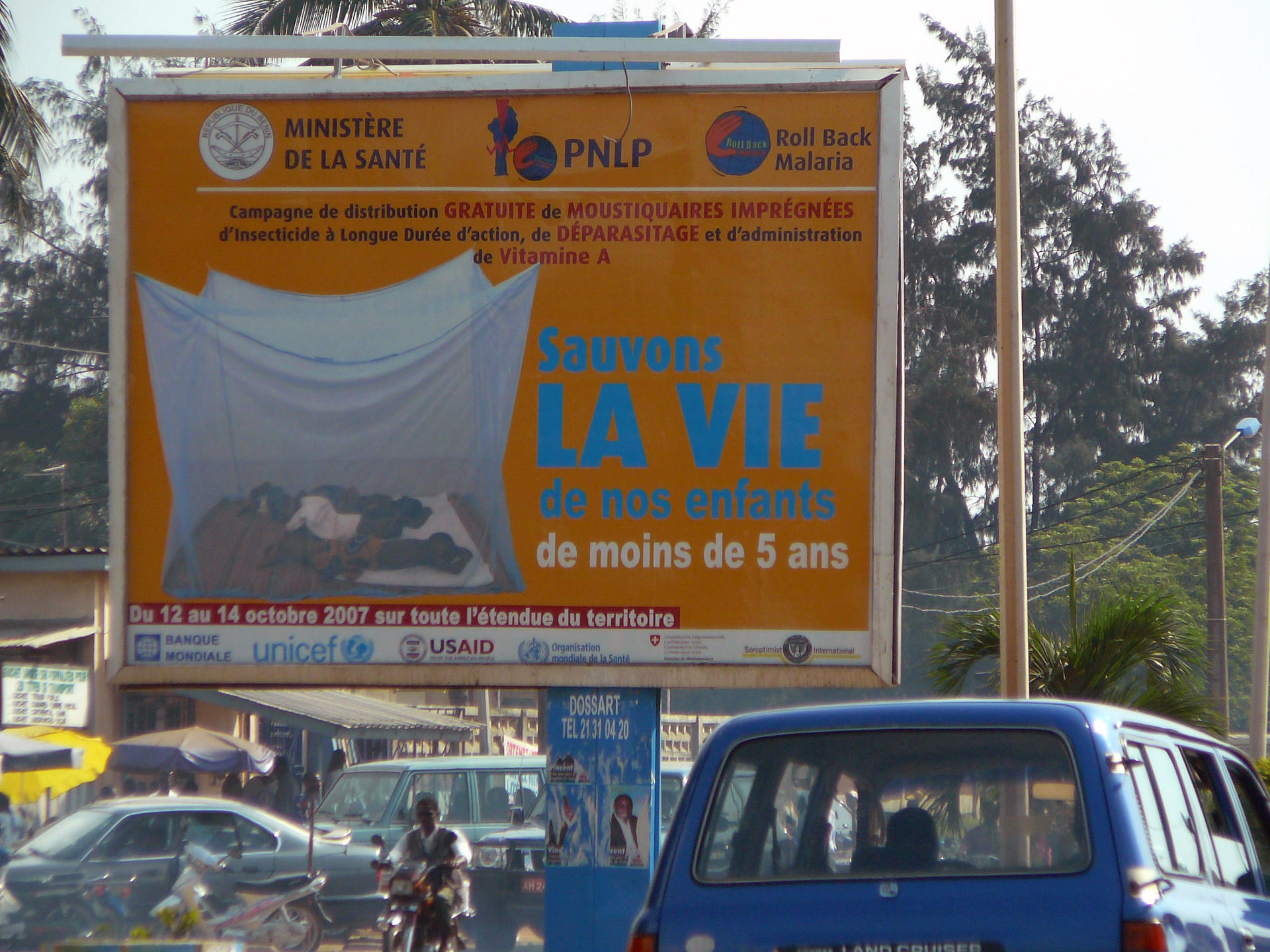 In a recent article that you co-authored with the American Nobel laureate Eric Maskin, the Chief Economist of the African Development Bank Célestin Monga and Jean-Claude Berthelemy, Professor emeritus at the Université Paris 1, you nevertheless explained that health aid alone was not sufficient. Could you tell us more about this?
J. T.: In the article,2 we wanted to look at the fight against malaria from a more economic standpoint than previous studies. To do this, we examined the evolution between 2000 and 2015 of one of the simplest indicators used in epidemiology: the basic reproduction number of the disease, which reflects the risk of spread of malaria within a healthy population once an individual is infected. We thus observed that this risk declined during the period in question, according to a highly specific “S” trajectory.

This well-known profile in economics is revelatory of a process governing the dissemination of an innovation: launching new products on the market results in marked industrial growth that subsequently slows as demand decreases. Good examples include the introduction of motor vehicles, incandescent light bulbs or information technologies. When applied to malaria – and this is the first time such an interpretation has been made – it means that innovation played a key role in controlling the disease during these fifteen years. In other words, it would have been difficult to fight malaria without it, no matter the amount of international support.

Which innovations are you referring to?
J. T.: The 2000s saw the introduction of two disruptive innovations: artemisinin-based treatments for malaria and new generations of long-lasting insecticide-treated nets that protect against mosquito bites while also killing the insects. It was already known that these two new control measures had been crucial in controlling the disease, which our curve clearly confirmed.

That is not to say that aid was not useful; quite the contrary. Indeed, financial support enabled the broader and longer term dissemination of these innovations; for example by funding the free distribution of mosquito nets. Without this aid, the decline of malaria would have been much less marked and even shorter in duration. In other words, to achieve the effective control of the condition, the key is to combine innovation with significant investment.

An important lesson for the future...
J. T.: Yes indeed. Using the model described in our article, we were able to estimate how much international aid would need to be deployed to keep malaria under control in Africa. This was 25 to 30 dollars per person and per year, which is much higher than current levels of investment of just below 5 dollars. It goes without saying that the international community will have to earmark more funds, even though this may be easier said than done at a time when resources are limited and global challenges so numerous.

In terms of innovation, the curve clearly shows that we have reached the end of a cycle. This can partly be explained by resistance phenomena: mosquitoes are becoming resistant to insecticides and parasites to treatments. To continue to control malaria, it will therefore be necessary to innovate once again. 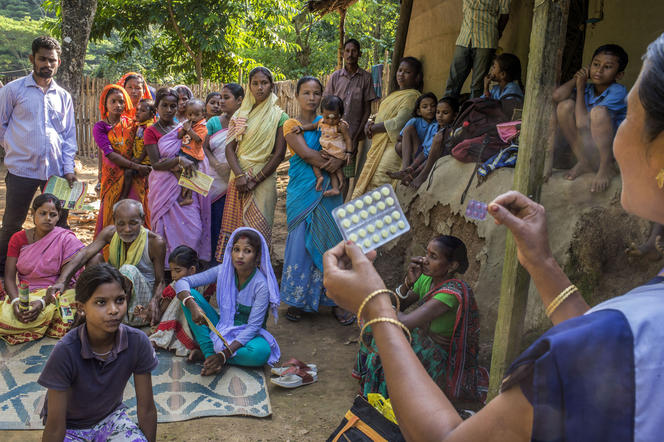 Distribution of medicines in Digaru (north-eastern India) as part of an awareness campaign on malaria in 2017. 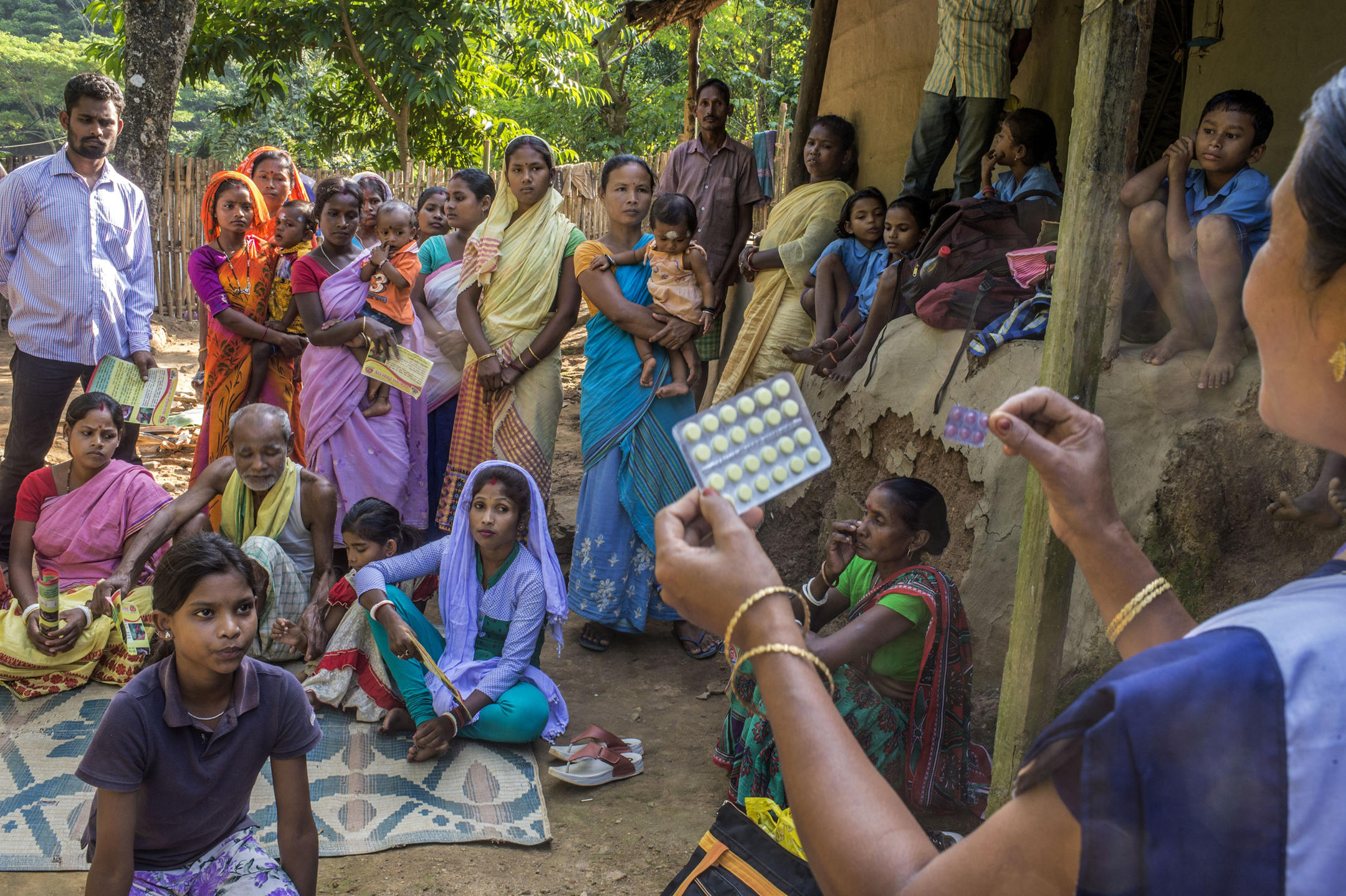 What will such innovation involve in the future?
J. T.: First of all, the development of new treatments and preventive measures. Yet innovation is not just about discovering new, purely medical, technologies. it is also about inventing new ways to implement existing solutions. In some African countries, for example, prophylactic drugs are only distributed during the rainy season – the period when malaria is transmitted – which is a less expensive strategy that has already seen some promising results. It might also be possible to send text messages, which could also be intermittent to reduce costs, to inform households of how to protect themselves or apply effective treatment against mosquito bites.

Beyond the human aspect, malaria also constitutes a significant burden on the economies of affected countries…
J. T.: Quite, and the public is not always aware of this. The disease is often linked to poverty but it also represents an important obstacle to the economic and human development of a country. Several scientific studies, notably those conducted in the US during the 1920s, and more recently ours in Africa, were able to clarify this phenomenon and show how disease control campaigns could have a positive economic effect.

By lowering infant mortality rates, these campaigns also reduce fertility levels, exerting less pressure on the economy of the country. Disease control also raises educational standards and increases adult labour supply. Indeed, malaria is one of the main causes of absenteeism from schools and affects educational outcomes. More generally, the disease affects the cognition and attentiveness of the children who will be the lifeblood of the future. All these mechanisms impact economic growth and drive countries with the most severely affected populations into a spiral of poverty. So this is yet another reason – if one were needed – to make the fight against malaria a priority.

Replenishment Conferences of the Global Fund are held across the world every three years. What are your important messages on these occasions?
J. T.: The first message, which applies as much to malaria as to AIDS, tuberculosis or other infectious diseases, is that given the driving role of innovation in the fight against pandemics, support for scientific research in this area remains crucial. The second message is that funding, such as that provided by the Global Fund, is more than ever essential to support research and ensure that its results will be accessible in the field to the greatest number of people. 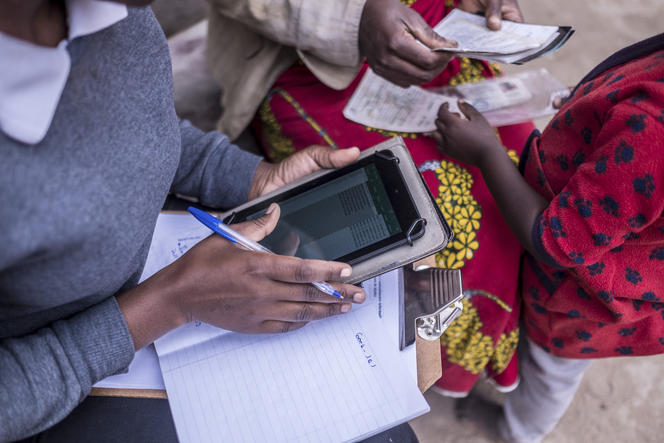 In the Motaze region of Mozambique, tablets are used to collect and update data on patients living at home with malaria (2018). 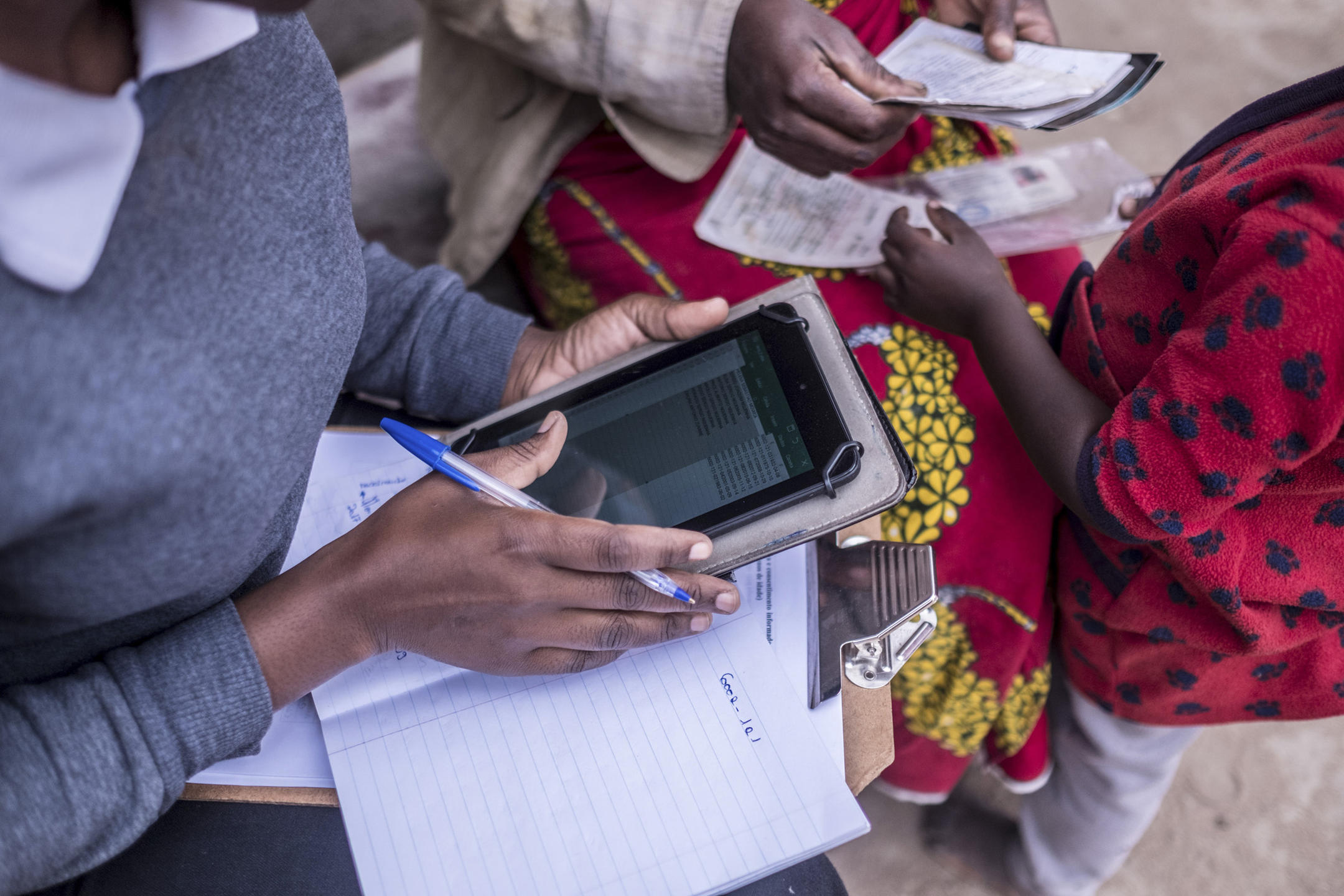 My last point is that there can be no effective control without effective implementation. Collaboration between countries and international bodies, the organisation of healthcare systems, surveillance and the collection of appropriate data all need to be improved. Recent examples – such as Sri Lanka which was declared malaria-free in 2016 – have shown that such challenges can be met by providing the necessary funds, relying on innovation and adopting the correct strategy. Of course, the case of Africa, which is more severely affected by the disease, is quite different, but these advances nonetheless bode well for the future.

See author's bio
CHEOPS, the Profiler of ExoplanetsPrevious
The Thousand and One Connections of Medieval AfricaNext

Article
Biomechanics off to a flying start in BMX racing
Health