The Nuclear Magnetic Resonance (NMR) platform hosts 9 of the 14 spectrometers at the Pierre et Marie Curie site at Sorbonne University. These need require weekly liquid nitrogen injections
Baptiste Rigaud/ Institut des Matériaux de Paris Centre
Share
Share
Virtually all of the 1,100 CNRS research and service units closed their doors on Monday 16 March, finding solutions to allow their personnel to work from home. Except for the laboratories conducting research on Covid-19, which continue to operate full-time, all units have implemented an Activity Continuity Plan (ACP).

“I’ve been doing research for decades and this is the first time that all on-site work has come to a halt!” says Valérie Mezger, director of the Epigenetics and Cell Fate laboratory, and one of the CNRS’s thousand unit directors, who have seen their laboratories shut down one after the other. Some closed on Friday 13 March, the day after French president Emmanuel Macron announced that France had entered Phase 3 of the pandemic plan to combat the spread of Covid-19, which meant closing the country’s universities and their associated laboratories, as well as implementing nationwide remote working wherever possible.

Laboratory closures “There’s no one on site now,” reports Sylvie Crasquin, director of the Centre for Research on Palaeontology – Paris (CR2P). “We started getting organised on Friday. I spent the day scanning documents, and by that evening we had closed the lab and launched our continuity plan.” Dedicated to palaeontology and basing its research on the collections of the National Museum of Natural History and the Sorbonne, the unit has a staff of about 100, now all teleworking – with the exception of those who have been granted a special leave authorisation (ASA), including the personnel of the fossil preparation workshops. “The researchers will spend this period improving their current data and writing articles,” Crasquin says. “It’s also an opportunity to work on their HDR, for which they often have trouble finding the time.” 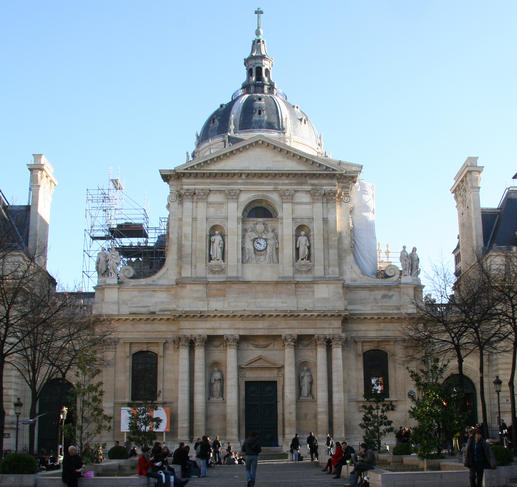 All French universities were closed on Friday March 13, 2020. 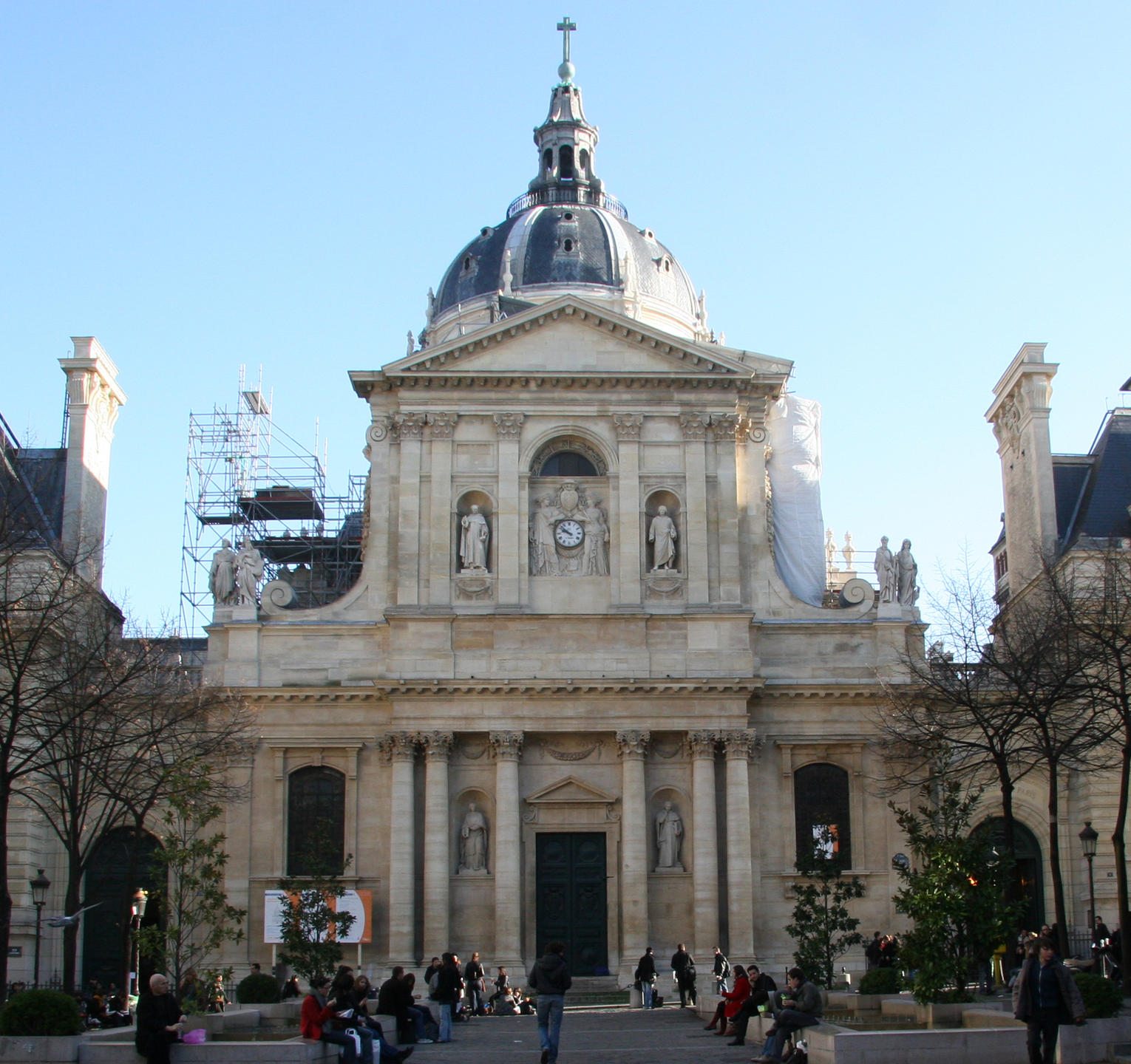 The situation is much the same at the Surface Reactivity Laboratory (LRS), whose work focuses on the structuring and functionalisation of surfaces of inorganic materials. Everyone is working from home or has an ASA. “We’re a chemistry lab with quite sophisticated experimental equipment,” explains unit director Hélène Pernot. “On Friday I asked everyone to put their experiments on hold while we waited to see what further announcements would be made over the weekend. On Monday we came in to ensure everything was shut down and secure the laboratory.” Operations continue nonetheless. That same Monday, the Epigenetics and Cell Fate staff, which specialises in topics such as the mechanisms that determine the fate of stem cells, came to the premises to gather data and set up digital access solutions so that everyone could perform their analyses at home. “The teams stay in touch,” Mezger says. “We still hold executive committee meetings with the team leaders, as well as weekly meetings, and we keep publishing our newsletter.”

Teaching goes on Since the closures, the academics among the LRS staff have also switched to remote teaching. “The most affected are the PhD students, who can’t conduct their operations,” Pernot reports. “For the moment, they are making the most of the confinement to write their scientific papers. As for the MA students who started their internships in February, they have several alternatives: they can either write a bibliographic report or postpone their defence by one month, depending on what is decided with the university.” The solutions differ from one discipline to another. Those preparing a thesis in mathematics, who do not usually need experimental data, can continue their research. “Our academic staff is very busy with distance learning,” says Alessandra Sarti, director of the LMA and a professor of algebraic geometry at the Université de Poitiers (western France). “We’re putting the material online, and we log in at scheduled times to talk with the students. Some of them even make audio recordings of their courses! For at the moment, video conferencing can’t handle the connection load.”

Although researchers at the LMA have lost the benefit of its precious on-site library, whose resources are crucial to their work, under the lockdown, open archives like HAL and arXiv help compensate for the total closure of the Université de Poitiers. Some sites cannot be completely shut down, however. Examples include the IMPC and the ICMP which together encompass a total of 11 laboratories on the NMR (Nuclear Magnetic Resonance) platform. This platform includes nine of the 14 spectrometers that are housed on the Pierre et Marie Curie campus at the Sorbonne and require weekly refills of liquid nitrogen. IMPC engineer Baptiste Rigaud is a member of the team in charge of organising this maintenance operation. “Without nitrogen, the 14 superconducting coils would emerge from their helium baths, generating resistance,” he explains. “This could prove hazardous for anyone present on site and destroy the coils, which can cost as much as €2 million apiece.” A similar rotation system has been initiated at the CNRS National Institute of Nuclear and Particle Physics’s calculation centre, a tool for processing large amounts of data. “We have suspended heavy maintenance operations, but the air conditioning and electrical equipment require remote as well as on-site monitoring,” points out unit director Pierre-Etienne Macchi. 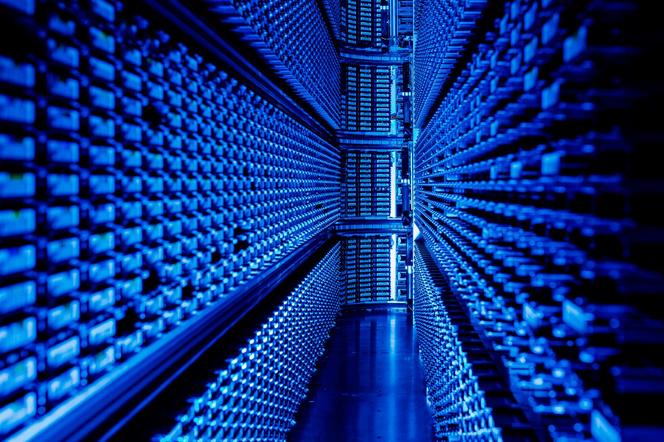 The Computing Center of the National Institute of Nuclear Physics and Particle Physics, a tool for processing large amounts of data, also had to set up a rotation of personnel on site 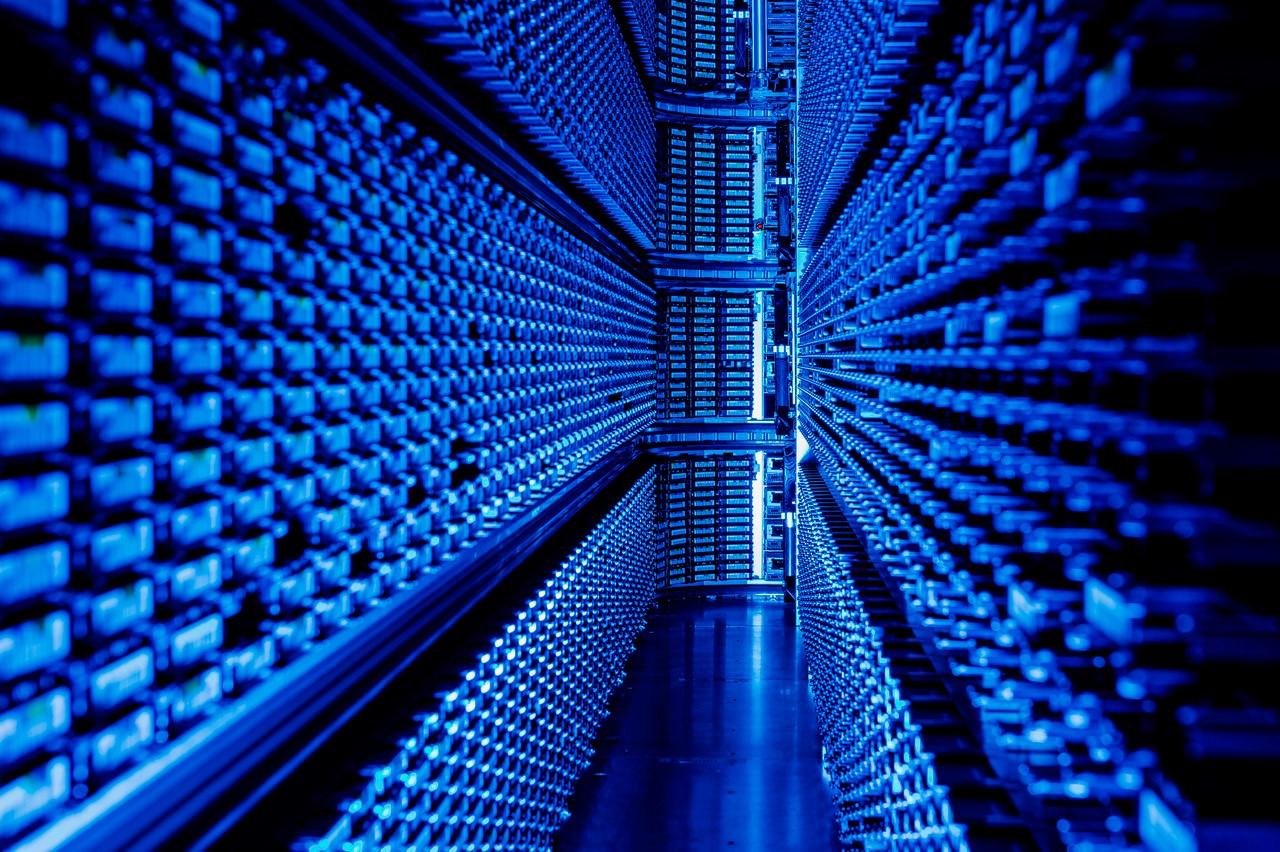 Experiments forced to shut down? “Research using our calculation centre can continue,” he adds. “For example, the data challenge of the Belle-II experiment took place this week, along with our routine activities and the launch of the continuity plan. The purpose of the challenge was to test the data transfer chain between our unit and the experiment site in Japan.” However, not all laboratories have been able to continue their work. The Epigenetics and Cell Fate lab, whose research is reliant on large quantities of cell cultures, had to stop its experiments. “The tests last for several months, and we cannot tell exactly when they will end,” Valérie Mezger explains. “On Thursday 12 March, we started giving instructions for the gradual discontinuation of the stem cell cultures, and by the following Monday evening we had finished freezing them.” The AASPE laboratory, which studies the natural and cultural interactions between human societies and animal and plant populations over the course of history, has also suspended all of its laboratory operations, asking its researchers to concentrate on writing articles and preparing projects. “All field missions outside of France are cancelled,” explains unit director Marie-Pierre Ruas, “and the assignments scheduled to start in Cyprus and Mongolia in May, which we have been overseeing and planning for more than a year, are likely to follow suit.”

The regional offices are entering the fray

All of these ACPs also had to be managed in coordination with the 18 CNRS regional offices. One example is the Rhône-Auvergne office, which manages more than 2,600 staff members across 120 service and research facilities. “We already had 250 people teleworking in our zone, and now the system has been more widely deployed. For the regional office’s services, we haven’t come across any equipment problems – even with the huge increase (from 30 to 80) in the number of staff members working at a distance,” notes regional representative Frédéric Faure. “This has allowed us to provide good continuity of service. As regards the units, I’ve spent a great deal of time in recent days issuing authorisations to work on site, so that each laboratory can carry out the missions specific to its ACP.” These exceptional measures come in addition to the ACPs initiated at the regional offices several months ago, as instructed by the CNRS. “The plan has enabled us to determine what is indispensable and what isn’t,” Faure adds. “We have set up a system to continue paying the civil servants, contractors and suppliers, allowing the accountant and the administrator to come to the office once a week.”

Continuity of all operations In this exceptional situation, exceptional measures have been taken to deal with the upheaval – not only in the administrative operations – but also in the activities related to higher education and research in general, and training in particular. “We are studying solutions for offering videoconference training, and setting up crisis committees with the office’s department heads.” Since the morning of Monday 16 March, the Mission for the Monitoring of and Relations with CNRS Regional Offices and Institutes has been working in close collaboration with the regional offices. “We are here so that the representatives can report on the problems they are encountering in the field. They have to deal with travel authorisations for indispensable personnel, closing down the laboratories (especially high-security sites), distance working for the entire staff, payment of salaries and suppliers, overloaded remote meeting systems… They all have to find solutions according to their ACP,” Claire Werlen, director of the Mission, explains. 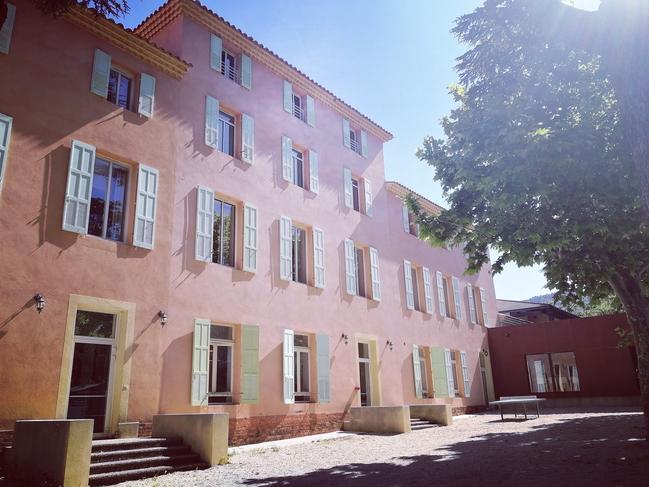 The International Center for Mathematical Encounters (CIRM) is exploring a streaming system. 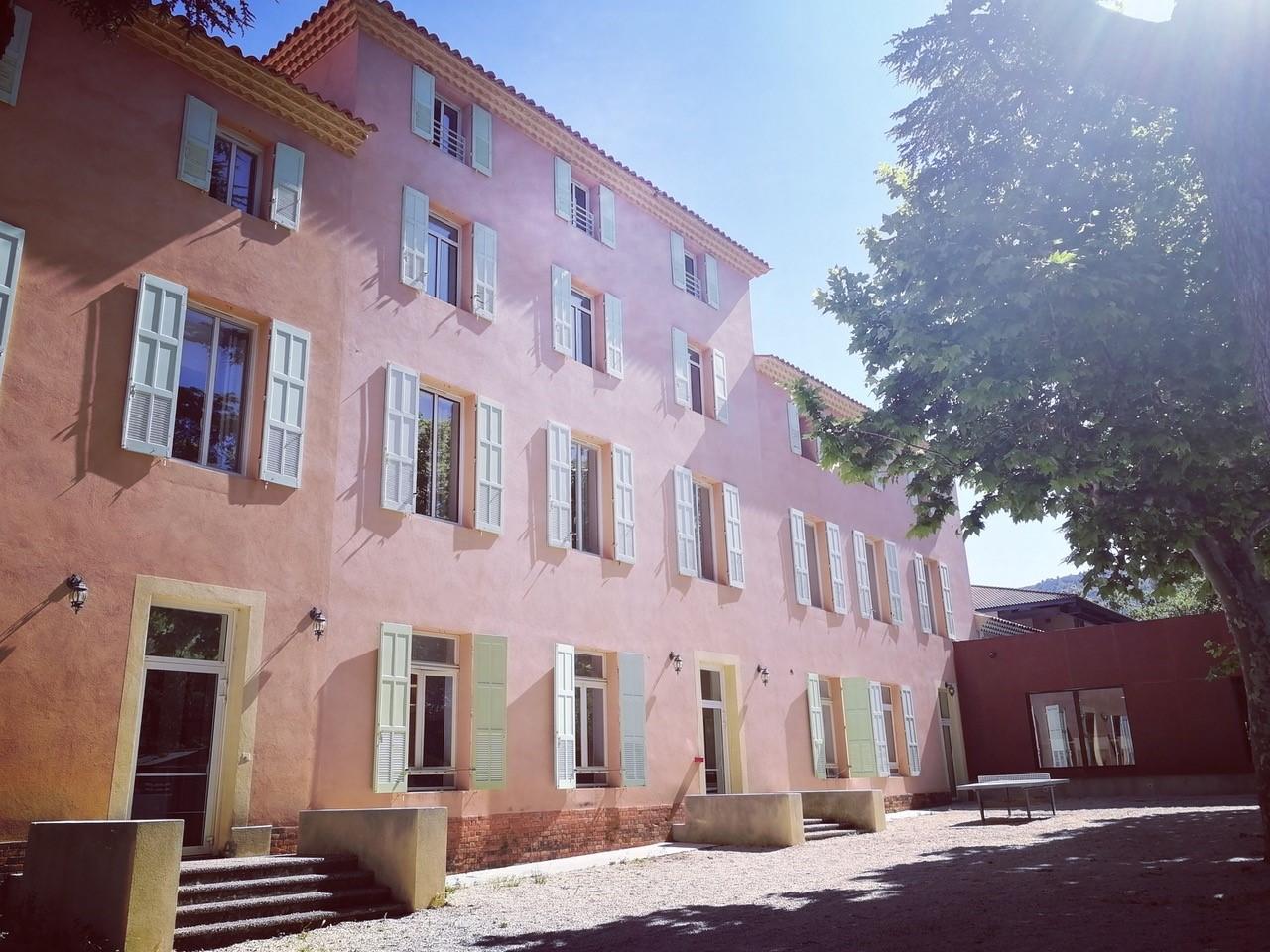 Crisis management, primarily through the adoption of remote working The overall Activity Continuity Plan has been facilitated by the CNRS’s implementation of remote working just over a year ago. “Teleworking brought about a change in our knowledge of available resources and in our ability to adapt,” reports Ghislaine Gibello, the regional representative for Provence and Corsica and referent on the national level. “Now it’s enabling us to stick to our ACP and even go further.” While many CNRS human resources functions (purchasing, etc.) have been dematerialised, some, like electronic signature and mission procedures, have not yet made the conversion. “It’s in the works, but not yet completed,” Gibello adds. “The exceptional situation that we find ourselves in today will force us to rethink and reinforce distance working.” This will entail a reassessment of remote organisation for the administrative personnel, but also for research and higher education. At the CIRM in Marseille (southeastern France), which attracts each year more than 4,500 researchers from around the world to its chairs, symposia and quarterly theme programmes, and which had to cancel an entire month of conferences, planning for the development of a streaming system has been fast-tracked and will be a focus in the weeks to come.

Opinion
Authorship in Science: All for One?