Attempting to challenge the equivalence principle

Attempting to challenge the equivalence principle

What is the equivalence principle?
Serge Reynaud:1 The equivalence principle states that two bodies dropped simultaneously in a vacuum fall with the same speed and acceleration, even though they have different masses or compositions. Galileo had already studied this phenomenon, in particular by using pendulums. This idea was backed by Newton's laws, involving two types of mass: inertial mass which “opposes” the acceleration of a massive body – Editor's note and gravitational mass which causes a massive body to accelerate under the effect of gravity. Although in principle there is no reason why they should be equal, Newton observed that they did in fact appear to be identical. Experiments with pendulums were refined until the early 20th century, when they confirmed that two bodies in free fall experienced the same acceleration, with a relative precision of 10-6. The latter was subsequently increased to around 2x10-13 using torsion balances. In 2017, analysis of the initial data from MICROSCOPE2 enabled us to achieve a record precision of 2x10-14, which was further improved this year in our final results, in which the equivalence principle was measured to hold true to a precision of 2.7x10-15.

Why are scientists trying to either confirm or refute this principle?
S. R.: Although the equivalence principle was already known to Newton, the term really took on a fundamental meaning with Albert Einstein, who constructed his general theory of relativity by postulating that such principle was true. This enabled him to avoid involving mass in motion related to gravity, which is then no longer described as a force of attraction between two objects, but rather as a deformation of the geometry of space-time. The general theory of relativity has successfully predicted many phenomena, such as the gravitational waves that were discovered a century later. However, it will eventually be superseded because it belongs to classical physics, and as such does not take quantum phenomena into account. One of the main challenges of modern fundamental physics is to unify theories of gravity with those of the quantum world. Now, it turns out that most of the approaches proposed require the equivalence principle to be violated. Finding out to what degree of precision such principle is satisfied makes it possible to both test general relativity and narrow the range of possibilities for unification theories.

Gilles Métris:3 The term ‘equivalence principle’ itself is somewhat ambiguous, because normally a principle is assumed to be true and doesn't need to be tested. In fact, it is accepted within the context of the general theory of relativity and of classical theory, but it is not an absolute principle for the whole of physics.

How does the MICROSCOPE experiment investigate the equivalence principle?
G. M.: The nature of the experiment is basically quite simple, since all we need to do is compare two falling bodies. To this end, we try to achieve the longest possible free fall, under perfectly-controlled conditions and with extremely accurate timing. On Earth, drop towers like the one at the University of Bremen, in Germany, are used to carry out very precise observation of free-falling bodies over a period of four seconds. With MICROSCOPE, the accumulated free-fall time used in our measurements totalled 138 days. 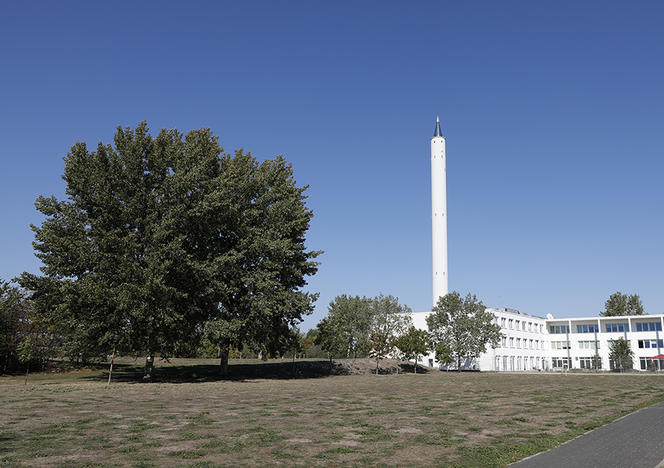 The drop tower at the Centre of Applied Space Technology and Microgravity (ZARM), University of Bremen (Germany). 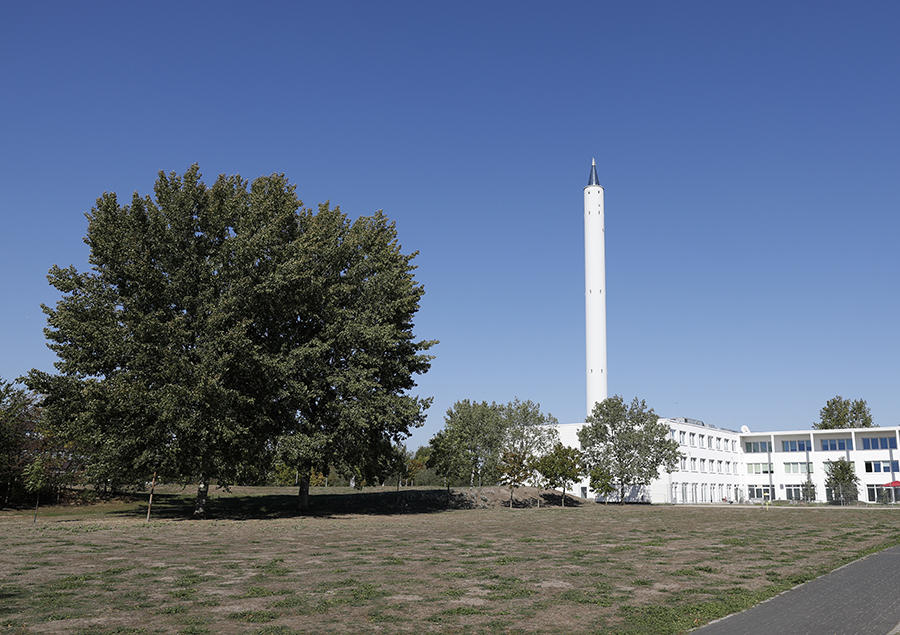 MICROSCOPE managed to do this because the experiment took place in a satellite, and orbiting bodies are in a state of permanent free fall. The objects (two cylindrical masses made of different materials – Editor’s note) were placed in a cage that protected them from disturbances caused by the residual atmosphere. This enclosure also acted as an accelerometer, which ensured that the free masses did not collide with the walls of the satellite, itself slowed down by this friction. The two masses were thus falling, although kept in place by an electrostatic force. Their acceleration could then be calculated by measuring the force required to counteract their movement.

MICROSCOPE's precision is so great that this was rather like attempting to detect the weight of a fly landing on a supertanker. It can't be measured directly, so we got around this by using two complementary strategies. Firstly, since the cylindrical masses and the satellite were in free fall, we only sought to measure any potential differences in acceleration (which would be incredibly tiny, like the weight of the fly), rather than the total acceleration. And secondly, the MICROSCOPE satellite was equipped with a whole micro-propulsion system that compensated for variations in acceleration caused by residual atmospheric drag. This device enabled us to stabilise the satellite’s spin to an unprecedented degree. MICROSCOPE was decommissioned in 2018, when the gas powering the micro-propulsion system ran out.

So how did you manage to obtain these even more precise final results?
G. M.: After we published our first findings in 2017, we continued to work on reducing two categories of error. Because statistical errors decrease with time and with growing amounts of data, we were able to improve our precision by a factor of ten. But in doing so, we left ourselves open to systematic errors, which occur when you measure a signal that is not the one you actually want to study. We therefore worked very hard to take into account various effects, in particular thermal ones, so as to lessen their contribution to this type of error. 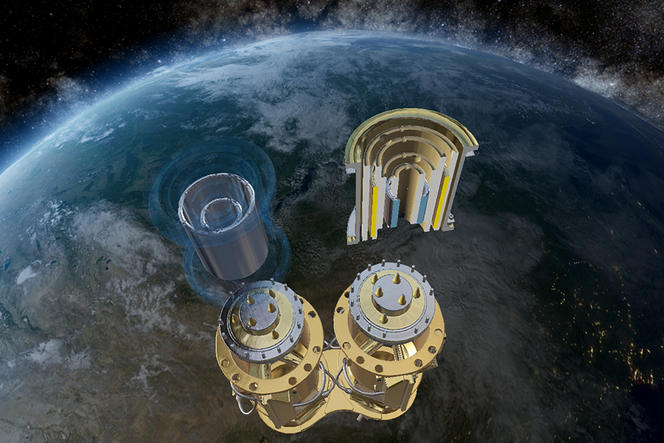 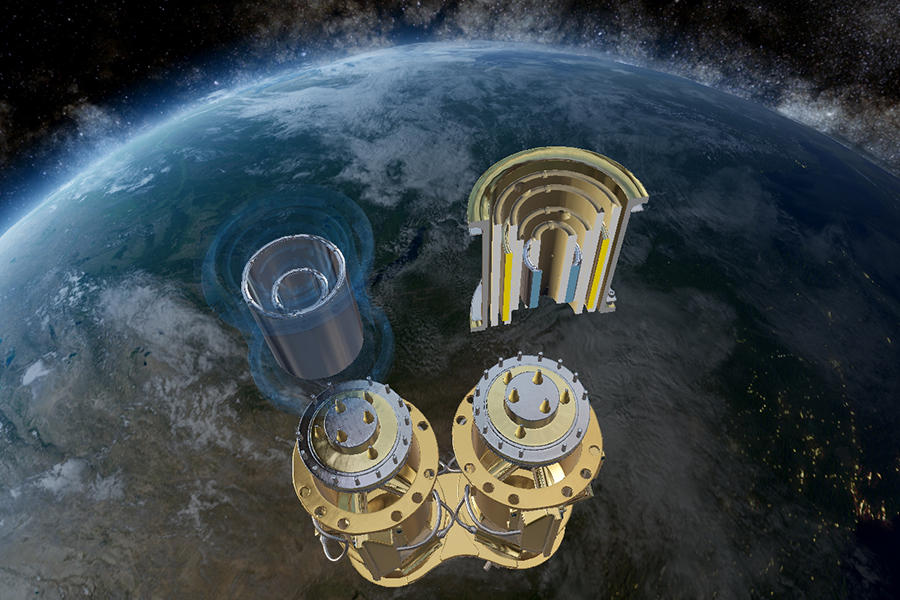 In the future, what approaches could be used to verify this principle with even greater precision?
S. R.: A number of teams are working on these questions. In any case, MICROSCOPE has provided us with outstanding feedback: we can analyse what worked well and the factors that impaired the precision of our final results, so that forthcoming missions can go further. For the future, there are two main approaches. The first one is to use what we've learned from MICROSCOPE to set up a similar but more precise project, while the second would be to conduct experiments with laser-cooled atoms acting as the masses to be compared. This field has seen many advances in recent years, resulting in ever greater control and precision.

G. M.: The ONERA French Aerospace Lab and the GEOAZUR4 laboratory have already undertaken initial studies under the aegis of the CNES for a successor to MICROSCOPE that could do a hundred times better. In addition, a project based on cold atoms has already passed a first screening process by the European Space Agency (ESA). So these projects are already under way, bearing in mind that in the space sector they always take a long time to come to fruition.

Sebastián Escalón
See author's bio
Ten samples that have marked the history of chemistryPrevious
Babi Yar, 1941: An exceptional account of the massacre of Jews in Kyiv Next