A Future Earth for Sustainable Development

A Future Earth for Sustainable Development

Indian slum dwellers depend on government supplies for drinking water and struggle to get adequate supply during summers.
AFP Photo
Share
Share
As the first scientific report of the IPBES is irrefutable with regard to the state of biodiversity, and the fight against global warming is at a standstill, a little-known international research programme has been trying since 2015 to unite scientists, politicians, and citizens around the crucial challenges of sustainable development. It's name: Future Earth. Its French coordinator, Sandrine Paillard, discusses the programme's activities and priorities, in connection with a meeting held at the CNRS headquarters in Paris on May 9.

What is the Future Earth programme?
Sandrine Paillard:1 Future Earth combines and builds on three international programmes on environmental changes dating back multiple decades: the International Geosphere-Biosphere Programme (IGBP), DIVERSITAS, and the International Human Dimensions Programme (IHDP). These programmes brought together scientists from across the globe around twenty thematic networks, ranging from issues related to land and water use to carbon emissions, atmosphere-ocean interactions, health, etc. The outcome of these initiatives is extremely positive on the scientific level, and these twenty scientific networks are of course part of Future Earth. However, the challenges and complexity of the issues connected to sustainable development call for promoting interdisciplinary research by uniting all of the Earth Sciences, including the Humanities and social sciences. At the same time, we hope to go beyond two limitations of the earlier international programmes. First, we will promote the participation of researchers from countries in the Southern Hemisphere, who have been less present until now in international projects and networks on these subjects. Second, we will foster greater interaction between researchers and governments, as well as private actors and civil society,  to ensure that research has a greater influence on their decisions.

When was this programme launched?
S. P.: The creation of Future Earth was announced in June 2012 in Rio (Brazil), during the conference on sustainable development organized by the United Nations (UN). Five countries—Canada, the United States, France, Japan, and Sweden—came together to host the programme’s secretariat, which began its activities in 2015. 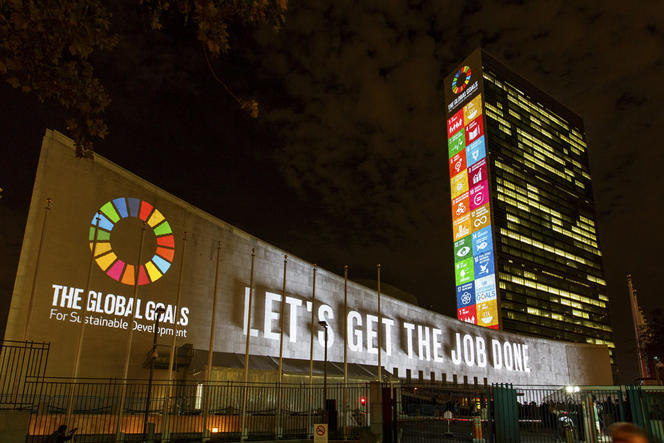 Massive projections on the 17 Sustainable Development Goals (SDGs) on the the General Assembly building at the United Nations headquarters in New York. 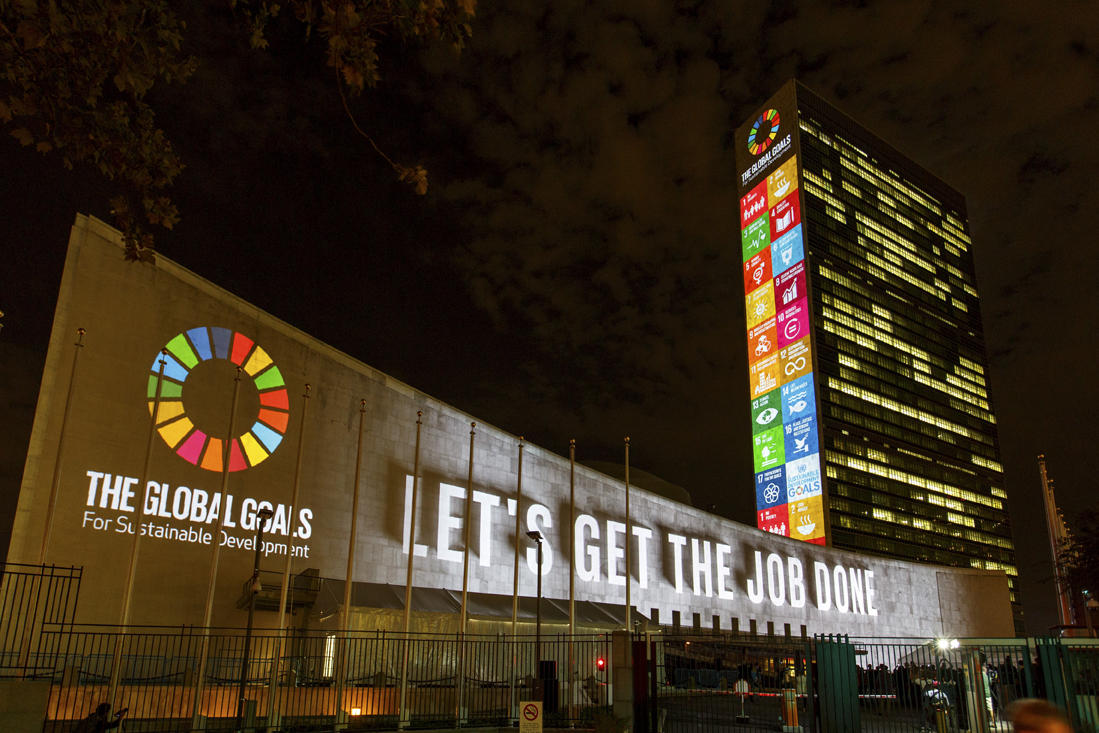 What are the planned research areas?
S. P.:Future Earth’s first major interdisciplinary initiative involves the "Sustainable Development Goals," notably producing the knowledge needed to achieve the four so-called "green" goals among the seventeen major planetary goals identified by the United Nations as part of the sustainable development programme: climate, water, terrestrial biodiversity, and marine biodiversity. Our objective is to accompany scientists as they address these four major areas, all while connecting them with the other goals. For example, eradicating plastic pollution in rivers by 2030 goes beyond just riverbeds: what does such a goal entail for cities, consumption and production, health, oceans, etc.? We are thus seeking to address scientific issues more globally, by taking into account all of their implications and the relations between human societies and natural ecosystems, in addition to the possible synergies and contradictions between the sustainable development programme’s various objectives. For instance, acting for the climate by protecting wetlands promotes biodiversity, but the development of first-generation agroenergies does not.

How do you intervene in these projects?
S. P.:First, our role is not that of an agency for financing research. We provide no direct financing for projects, aside from small local pilot projects such as "SDG Labs" in Africa, in which we are financing preliminary research and new networks of researchers, from which large-scale projects will emerge. We intervene in particular by launching initiatives with a strong international dimension, which require facilitating exchange between research actors through the organization of "workshops" or events. For that matter, it is with this goal in mind that we will establish a biennial international conference beginning in 2020. A scientific society for sustainability science will also be created. Finally, we are working closely with the financing agencies of various countries, in an effort to increase their calls for projects connected to the goals of Future Earth. In short, the actions of the Future Earth programme revolve around three priorities. First, we are seeking to bring together cross-disciplinary research initiatives on questions of sustainability that are planetary in scale and urgent in outlook. Second, we are communicating as broadly as possible about these issues. Finally, we are trying to increase the links between all scientists engaged in sustainable development.

What was the objective of the recent meeting in Paris?
S. P.:The goal was to present the Future Earth programme to the French community, after a first tentative exchange in 2016. In truth, the programme remains little-known in France, and we hope that this second session, which was more centred on content, will spark the interest of French scientists from various backgrounds, as well as NGOs, public decision makers, and private actors. We wanted to show that Future Earth can be an ambitious framework for responding to the scientific challenges of sustainable development. We spoke chiefly about science, and avoided generalities where possible. We hope it will prove a success. 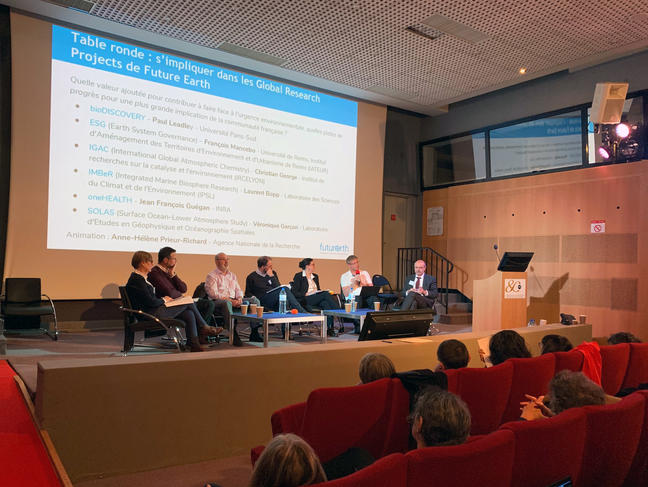 On May 9th 2019 at the CNRS headquarter in Paris, French scientists were invited to join Future Earth Day to mobilise the community and bring together scientists around the topic of global sustainability. 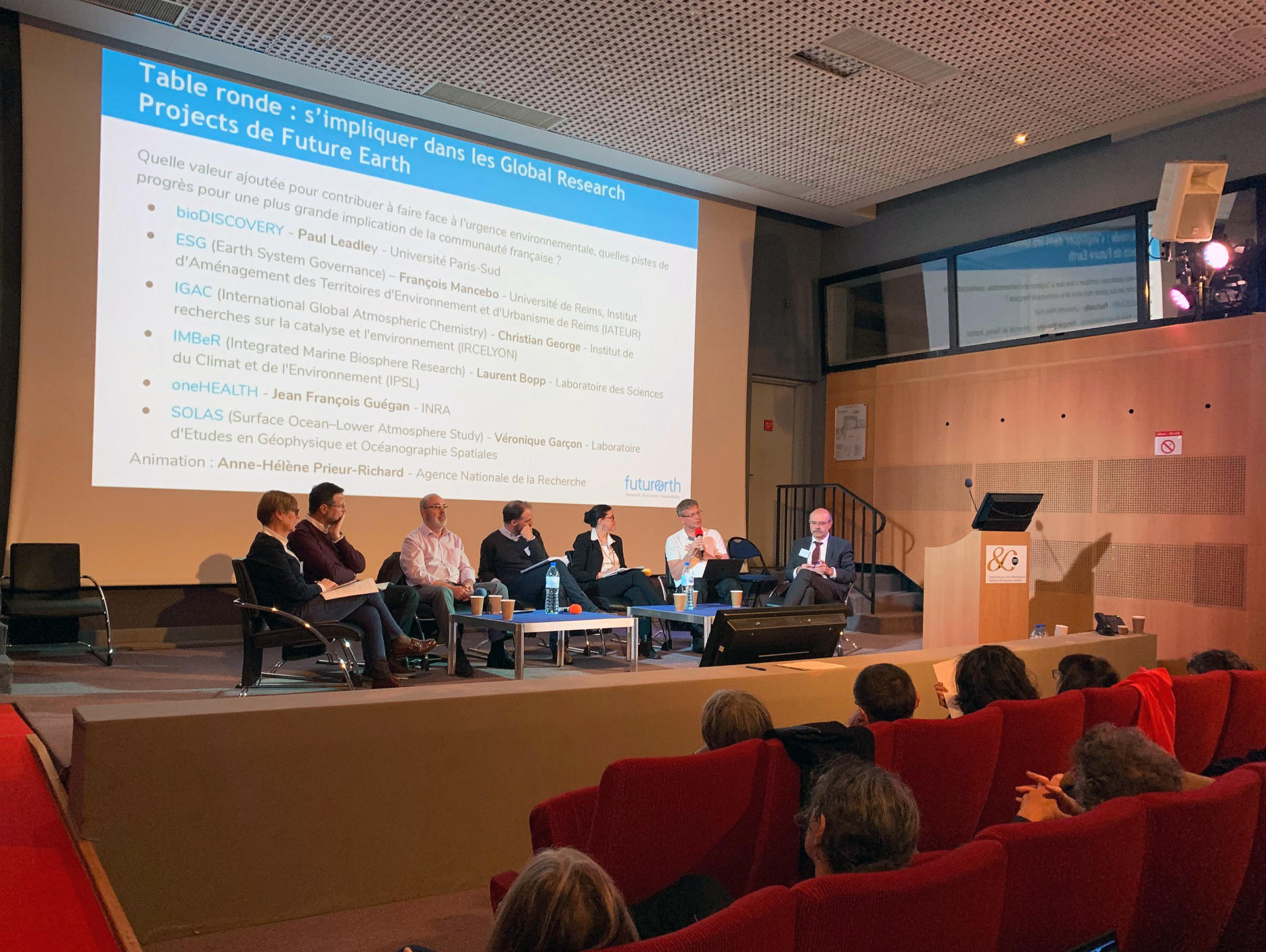 This meeting should also mark the launch of an international campaign?
S. P.:Yes, the meeting will subsequently be broken out into subject-based workshops on oceans, biodiversity, land, and fresh water. These workshops will be organized in numerous countries, with local researchers and actors. The results from national workshops will then be discussed on the regional and global scale as part of new workshops. The key issue is to understand the synergies and possible contradictions between different visions. To take the example of agroenergies, their development in Europe and the United States as a response to climate challenges translates into a loss of biodiversity or a threat to food security in countries elsewhere in the world. We believe that encouraging these cross-disciplinary and innovative approaches is a fundamental aspect of the current context, in which the international community is struggling with the lack of public will to meet environmental challenges.