Home / Articles / Which vaccines for Covid-19?

Which vaccines for Covid-19?

Home / Articles / Which vaccines for Covid-19?

Which vaccines for Covid-19?

At a time when the Covid-19 epidemic seems set to last, and in the absence of effective treatment, the development of an inoculation to protect the world’s population appears to be the best option. All laboratories, whether public or private, are relentlessly contributing to this effort: nearly 180 candidate vaccines are thus being developed, and forty have reached a more or less advanced stage in their clinical trials in humans.

The principle of vaccination remains the same: the aim is to present the immune system with a pathogen (a virus in this case, or it could be a parasite or bacterium) so that the former learns to recognise the latter and produce specific antibodies when it comes across it in real life. “In actual fact, it is not the pathogen itself that triggers the immune response, but highly specific proteins, or antigens, found on the surface of the virus,” explains Bruno Pitard, a physical chemist at the Regional Centre for Research in Cancerology and Immunology Nantes-Angers (CRCINA).1 These antigens are the key that allows the virus to penetrate into a cell, which it then makes available for viral reproduction. As for coronaviruses, the best known antigen is the “S”-protein, which owes its name to its spike-like shape, and gives the virus its specific “hedgehog” appearance.

The idea of a vaccine is obviously to inoculate the pathogen in an entirely inoffensive form that does not risk triggering the disease it is designed to protect us from. To do so, several methods are possible – proven techniques such as using inactivated whole virus, or more recent technologies such as DNA or RNA vaccines. All these options are being investigated in the fight against Covid-19. 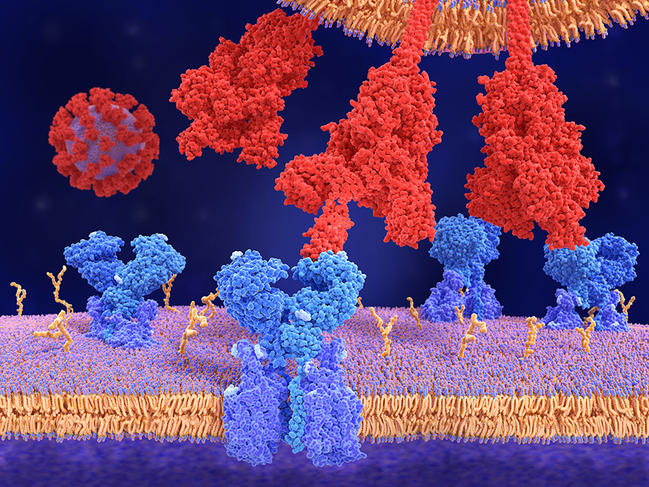 The Spike protein (in red) located on the surface of the coronavirus triggers the antibodies response. 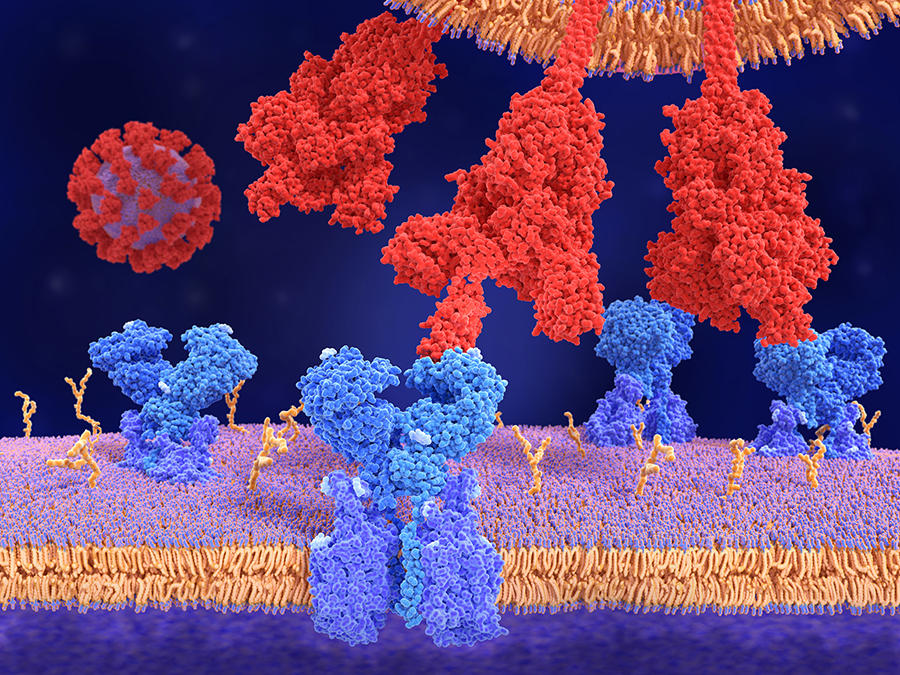 What are the techniques being used?

The first approach, which is as old as vaccination itself, consists in presenting the whole virus to the immune system, which implies cultivating it in very large quantities. This route has been chosen in particular by several Chinese laboratories to develop their Covid vaccines. To ensure that the inoculation will not put those receiving it at risk, the virus can be presented either in an attenuated or in an inactivated (killed) form, having been heated or treated with formalin, which is the technique used by Pasteur.

In the first case, the virus is still live but is no longer dangerous. “This is achieved by genetic selection. We only keep the viral strains that have acquired mutations that do not cause the disease,” explains the virologist Frédéric Tangy, director of the vaccine innovation laboratory at Institut Pasteur’s Virology Department. Numerous inoculations have been developed based on this model (rubella, yellow fever, measles, etc.).

An inactivated virus is dead and can no longer replicate in the body, so it is usually necessary to administer boosters to ensure its efficacy. The attenuated virus, on the other hand, is live and has retained its ability to multiply, so a single injection is usually sufficient. The drawback of using whole viruses is the statistical risk – which cannot be ruled out – that a tiny proportion of the viral particles will still be able to infect the individual. Another problem specific to inactivated vaccines is that they alter the conformation (shape) of the S- protein, which according to Pitard might make them less effective.

A piece of the virus

The second option is that instead of presenting the whole virus to the immune system, the vaccine focuses on the antigen that triggers the immune response, so there is no risk of developing the disease. “The idea here is to produce the Spike protein industrially, using mammalian cell lines, and to introduce it into the body in association with an adjuvant that will send a ‘warning signal’ to the immune system,” explains Pitard. “Alone, a single protein, even if it is viral, will not be seen as a threat by the body, which itself produces billions of them.” The adjuvant-antigen combination, however, is immediately identified as foreign: macrophages, the first line of defence of the immune system, which are constantly patrolling the body, will “eat” it and identify “S” as an exogenous protein. The production of antibodies is then initiated. This is the technique used to produce vaccines against hepatitis B and papillomavirus – and that chosen by Sanofi (allied on this occasion with GlaxoSmithKline) to develop its SARS-CoV-2 inoculation.

Because it has been established that the role of the coronavirus Spike protein is crucial to triggering an immune response that will neutralise Covid-19, why not ensure that it is produced directly by the human organism, by introducing into our cells the genetic sequence that codes for the production of this viral protein? This avoids the injection of whole Covid-19 particles or the use of adjuvants. The problem is that DNA or RNA are degraded by our enzymes as soon as they enter the body. To arrive intact into our cells, the code for the Spike protein needs a vehicle that can transport it there – and what does that better than a virus?

The scientists have two options: the first is to produce a “Canada dry” virus, in Pitard’s own words, which is a wholly artificial envelope made up of molecules that mimic lipids and proteins and will have all the attributes of a virus without being one. This is the lead followed by the US biotechnology firm Moderna Therapeutics. The second possibility is to resort to a real virus, but one that is harmless to humans. “The use of viral vectors – or real viruses – is the strategy that has been favoured by numerous laboratories to develop their Covid vaccines,” explains Tangy. “Two types of viral platform are available for that purpose: adenoviruses, which are nothing other than common cold viruses (the choice made by Russian scientists developing the Sputnik V jab) or the measles vaccine, which has been used for forty years to inoculate children and whose RNA is being modified to integrate the code for the S-protein. It is this measles platform that we, at Institut Pasteur, have chosen to develop our Covid-19 candidate.”

There is however one uncertainty, as highlighted by Pitard: what happens if the person being vaccinated already has antibodies against the virus used as a vector? To avoid this potential pitfall, the British-Swedish company AstraZeneca, in association with Oxford University, has chosen to rely on a modified chimpanzee adenovirus. “According to the clinical trials we already conducted using the measles vector, this pre-existing immunity does not seem to pose any problems,” says Tangy.

The large-scale deployment of genetic vaccines would be a world first. Although during the past decade several candidates based on these new technologies have reached their phase III clinical trials in humans (including one against Ebola), no DNA/RNA vaccine has yet been employed in human medicine, and the scientists acknowledge that they lack sufficient feedback on their use. Pitard, though, is rather confident: “It is not a leap into the unknown.  DNA vaccines have indeed been used for several years to prevent the onset of certain pathologies in animals such as horses, farmed fish or even dogs.” 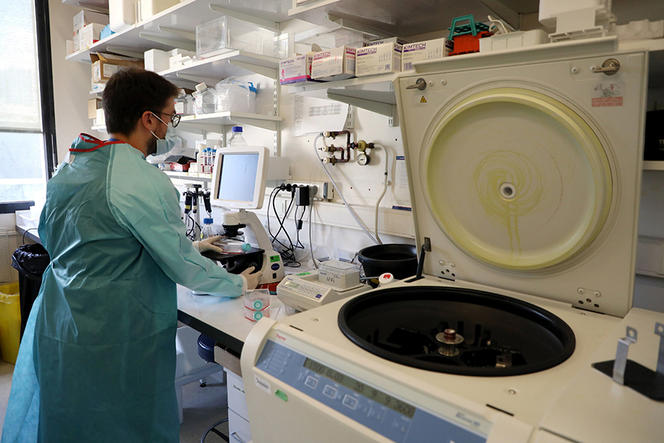 Researchers at Institut Pasteur (working in collaboration with the US laboratory Merck-MSD) have opted for an RNA vaccine using the measles vaccine as a vector. 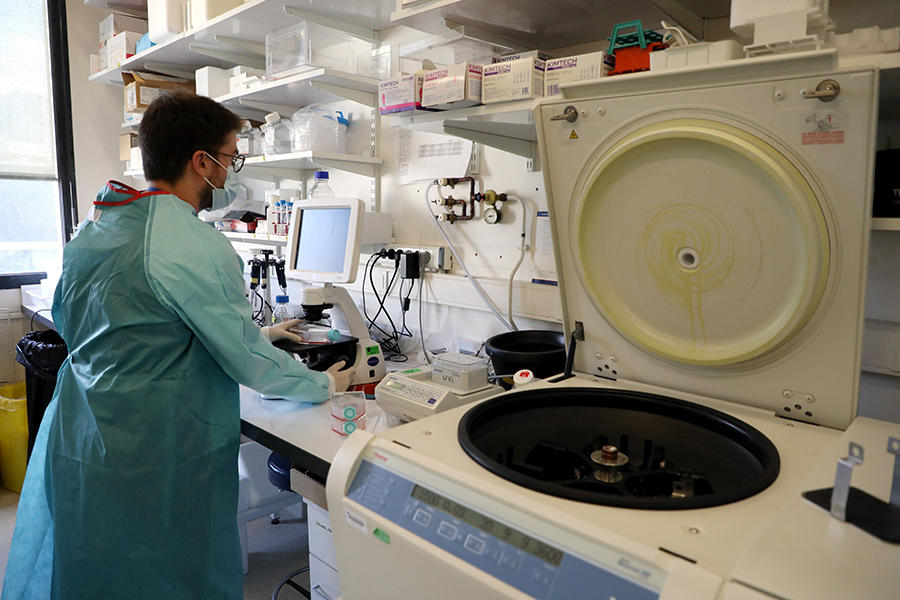 When will we know whether the vaccines being developed are effective?

In view of the severity of the pandemic, the World Health Organization (WHO) has set a 50% threshold of efficacy for a Covid-19 vaccine to be put on the market. This threshold is similar to that of the influenza jab, but markedly lower than the performance of most of the inoculations currently used in humans. To date, nearly forty candidate vaccines have completed their preclinical studies in animals and have now reached the trial phase in humans. In early November, ten of these were in phase III, and since then some have already disclosed promising preliminary results.

Clinical trials indeed include three phases. The first is conducted in several tens of volunteers in order to ensure that the vaccine is safe and does not cause severe side effects. The second stage, performed in a larger sample (around 200 individuals) is designed to verify that those vaccinated actually produce the antibodies being targeted to fight the disease. The third and final phase, generally involving some 30,000 to 50,000 people (and usually requiring several years of work) aims to prove the efficacy of the vaccine in the field, thanks to a double-blind system. “Phase III trials are carried out in areas where the virus is circulating at high levels,” details Tangy. “One group is injected with the candidate vaccine, while the other receives a placebo. According to the criteria set by the WHO, the Covid jab will be considered effective if the individuals who have been administered the active product show half as many infections as the control group.”

In view of the urgency of the health situation, exceptional marketing authorisations may be granted to a vaccine that obtains good results while phase III is still ongoing, although this leaves numerous outstanding questions regarding the virus. 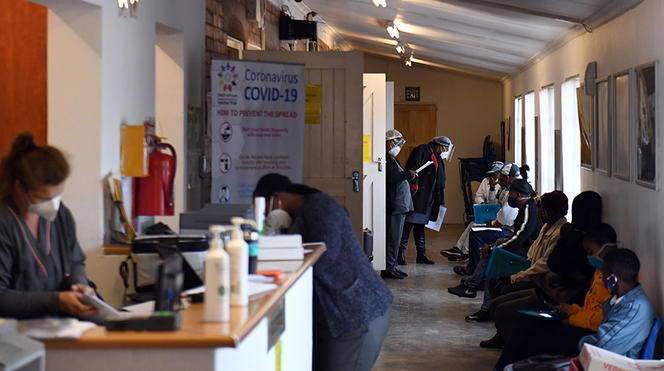 Clinical trials of the candidate vaccine developed by AstraZeneca and the University of Oxford in a hospital in Soweto, South Africa. 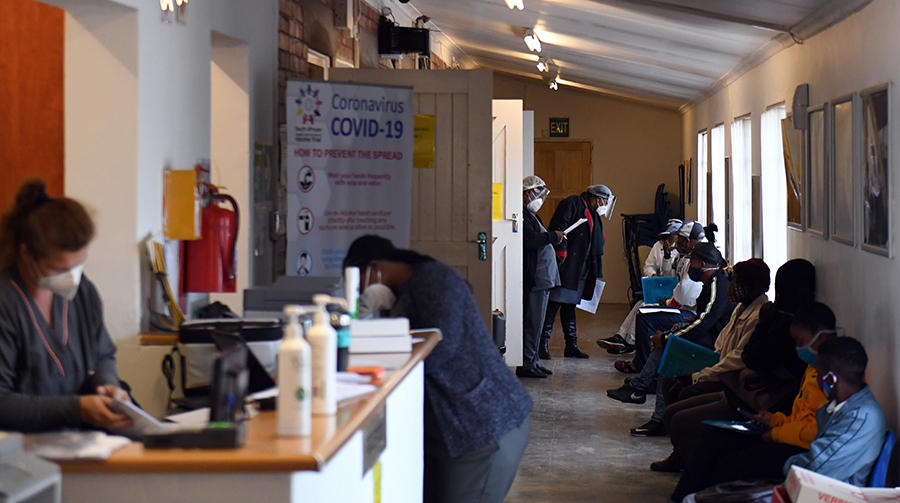 The thorny issue of antibodies

The main question concerns the antibodies that are produced following vaccination. How long will they remain in the blood, when several scientific studies have highlighted their disappearance after periods ranging from a few weeks to several months among patients infected by Covid-19 for the first time? “The presence of antibodies in the blood, measured by serological testing, is not the only response of the immune system,” explains Claude-Agnès Reynaud, an immunologist at the INEM.2 “The immune memory also plays a crucial role in ensuring long-term protection. These memory cells (B-lymphocytes), produced in the bone marrow, can reactivate themselves in the event of a new infection and produce antibodies once again. It is therefore possible to be seronegative and have memory B-cells.” However, these are not measured during clinical trials – only basic research laboratories have the necessary equipment to carry out such measurements.

Another tricky issue is that of so-called “facilitating” antibodies. It sometimes happens that the antibodies produced are not sufficiently functional and may have a deleterious effect in the case of a new contamination – in other words, they make the disease worse instead of fighting it. “This phenomenon was observed with dengue fever, and hindered the development of a candidate inoculation. The same thing happened with the virus that causes bronchiolitis in young children,” Tangy points out. “In 2008, an AIDS vaccine that had entered phase III had to be discontinued for the same reasons.”

Clearly, nothing is simple in vaccinology. “Research takes a long time. In our laboratory, our perception of Covid changes every day,” says Reynaud, who nevertheless remains “resolutely optimistic”. “On paper, Covid is quite a ‘stupid’ virus. It evolves very little, notably in the way it infects cells; most people develop a good response and produce neutralising antibodies easily. Under these conditions, there is no reason why we shouldn’t be able to come up with an effective vaccine.”  ​

Article
Virology: Between a Marathon and a Race against Time
Vaccines