“We need to rethink the balance between humans and non-humans”

“We need to rethink the balance between humans and non-humans”

“We are all complex ecosystems in which it is not easy to make a distinction between what is human and what isn’t.”
Patrick ALLARD/REA
Share
Share
For the anthropologist Philippe Descola, the Covid-19 pandemic may be the opportunity to re-examine Western societies’ relations with nature and develop new social models.

You are known for your original approach to the relations between man and nature. How are we to understand the present crisis in light of your research?
Philippe Descola:1 My observations in the field among native Indian societies in the Amazon led me to conclude that these populations make no distinction between nature and society – they view humans and non-humans in the same way. I then devoted part of my research in comparative anthropology to exploring the forms of relations that human communities maintain with non-humans, which led me to question the presumed universality of our own perception of nature. In fact, perceiving the non-human realm, or what we in the West call Nature, as exterior to humankind is a recent notion, which originated in Europe no more than four hundred years ago. As a result of the idea that human beings do not really form part of the world – what I call naturalism, in other words the distinction between society and nature – the latter has become a field of investigation, something that we try to control and consider a resource external to ourselves.

The present situation is proof that there is something odd about this naturalist conception, since humans are a part of nature, which they control more or less successfully within themselves. There is both an external environment that humans try to dominate, and humanity with its own share of inner traits: obviously, apprehending nature in this way gives rise to contradictions. In reality, we are all complex ecosystems, with an exceedingly rich microbiota, in which it is not easy to make a distinction between what is human and what isn’t. 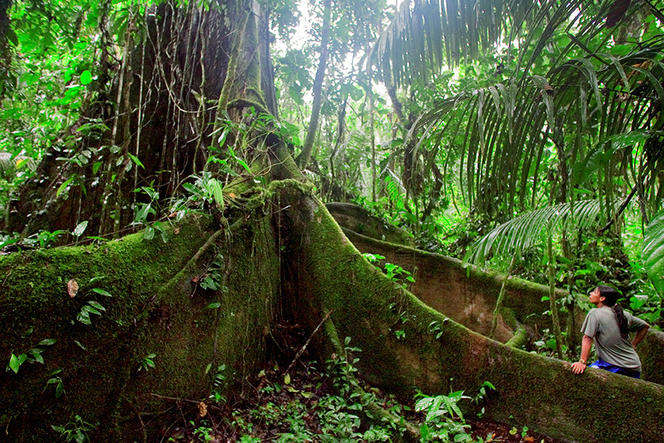 Native Indians in the Amazon view humans and non-humans, like this giant tree, in the same way. 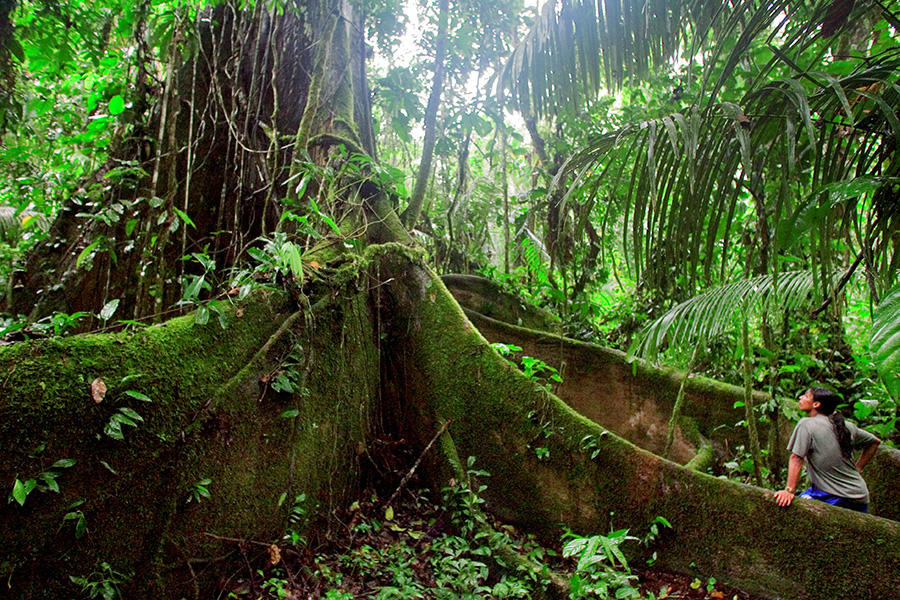 How does research fit into this perspective, especially in the context of an epidemic?
P. D.: We know that zoonoses – diseases that can be transmitted from animals to humans – are nothing new, and in fact an age-old phenomenon. But due to the drastic changes in our habitat, wild species that formerly stayed well away from humans now live much closer to dense concentrations of human populations and domestic animals. It is easier for virus reservoirs to become a source of contamination for humans. The accelerated transformation of previously non-anthropised environments – i.e. with little human presence – is thus a major cause for the accelerated propagation of emerging diseases.
In addition, human societies around the world coexist harmoniously with certain animal species that nonetheless carry pathogens, such as bats. This means that ecosystemic compromises have been developed between them over time. But these balances are still poorly understood…
This opens up a wide field of research at the crossroads of ethology, ecology, infectiology and the social sciences which, although still in its earliest infancy, would shed light on the diversity of humans’ associations with their ‘companion’ species.
As shown by the current crisis, it is not constructive to consider this situation in the abstract terms of the relations between man and nature. What is needed, on the contrary, is a better understanding of the dense, complex network of interactions, interconnections and feedback between living beings and phenomena that are seemingly impossible to define.

Can this naturalist stance that you condemn, treating nature as an entity separate from humankind, be held partially responsible for the current pandemic?
P. D.: I’m not condemning it – I’m just saying that it’s odd. We should bear in mind that it has also served as a basis for the development of the sciences. I don’t think this approach is responsible for the current pandemic in particular, but it has had the effect of destroying non-anthropised environments at a frantic pace, with the outcome I have just described. I am not singling out one given aspect of our society as underpinning this crisis. Things are always more complex than that. Beyond our relations with nature, which are one factor, our dependency on distant production zones, manufacturing methods and consumption habits, the ever-increasing concentration of human habitats in urban areas, especially in the countries of the southern hemisphere… All of these contribute to the rapid propagation of an epidemic.

Given the scope of the pandemic, is there a risk of focusing the discussions and efforts on health, to the detriment of other issues at least as important, such as the biodiversity crisis or the imminent danger of climate change?
P. D.: That is indeed a risk that we face. It would be a shame if, because of this pandemic, tragic though it may be, we were to lose sight of the disasters looming in the longer term, but which are entirely predictable and whose effects will be even more difficult to counter. Of course I am thinking about global warming, a problem for which we are guilty of deplorable procrastination. Despite countless warnings and the awareness, among certain political leaders, of the severity of the situation, not much is changing. Perhaps it takes a catastrophe like this epidemic to make people think. Although it’s a completely different type of phenomenon, we can now see, in concrete terms, the massive, devastating effects that a tiny virus can have, to the point of breaking down all social life. Still, the upheavals that will be caused by global warming will be on a very different scale from what we are experiencing now, even though they will unfold over a longer period of time.

Is that the lesson to be drawn from this crisis?
P. D.: Since the beginning of the epidemic, I seem to have seen all kinds of people, in France and around Europe, declaring that we can no longer continue as before. The pandemic reminds us that we never know what the future holds, that everything can descend into chaos quite rapidly… We are starting to ask ourselves questions, to understand that uncertainty is a fact of life. In reality, human life was unstable for a very long time, along with the precarious nature of subsistence and the unpredictability of human alliances. The emergence of the welfare state, in 19th century Europe, while not preventing all war and genocide, made the future less uncertain for those living in industrialised nations, and we eventually took this for granted. The scope of the pandemic comes as a sudden, stark reminder of how unsettled things can be.

We thought we had a safety net, but then we saw that it doesn’t work that well: we suddenly realise that there is a shortage of medical supplies, because they are largely produced outside of France. We understand that the market is not so farsighted when it outsources industrial production to regions with lower operating costs. And the French, who are used to relying on the state, discover that the government has abandoned all pretence of forward planning. However, this uncertainty, which has spread across the globe, can be food for thought and reflection, inciting us to consider other ways of living together. 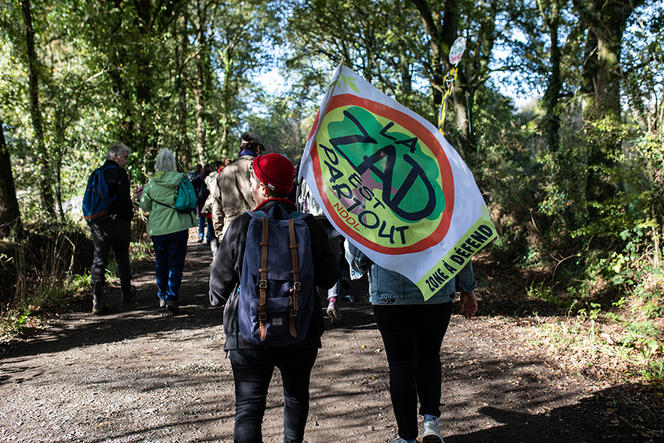 Philippe Descola believes that certain pressure groups, like in Notre-Dame-des-Landes (Western France), have shown the ability to invent fraternal ways of living together, including with non-humans. 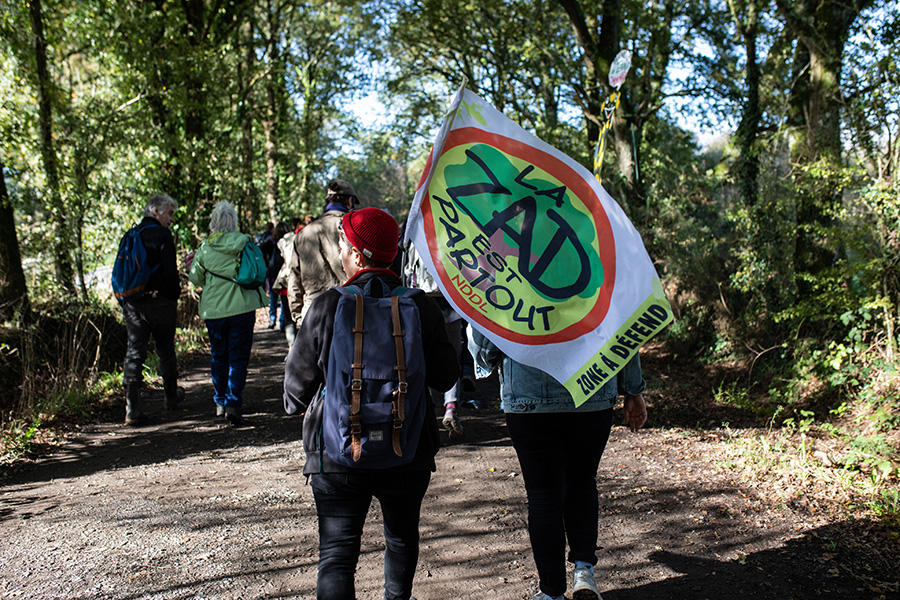 Is this crisis an incontrovertible indictment of our globalised system?
P. D.: In any case it is a striking illustration of the failure of multilateralism, and of weak cooperation among nations. Europe has shown an alarming inability to agree on a common health policy, the WHO has been marginalised… The present situation has revealed increased competition among countries, while on a local scale, highlighting the inequalities between individuals. We could thus begin asking ourselves what forms our various lobbies could take, on both the sub- and supra-state scales. They could have greater political and economic autonomy at the local level,  and be organised in international solidarity networks – not with the goal of becoming self-sufficient, but to have the means for efficient collective action. Certain pressure groups, like the Notre-Dame-des Landes ‘Defence Zone’, have demonstrated, despite their limited scope, the ability to challenge the true utility of major projects and to invent fraternal ways of living together, including with non-humans.

With confinement, the crisis has also highlighted the role of digital technology in our society…
P. D.: And it has shown that computers do not produce food, do not take care of the elderly, do not treat the sick. This pandemic has put the spotlight on certain professions which, however crucial, get little respect, in particular in the care and other sectors that make society liveable. And it has shed even greater light on positions sometimes considered as “bullshit jobs” – those that are much less useful, often already dematerialised, and yet very lucrative. At least the healthcare workers are finally being recognised for their importance. Let’s just hope that the consideration they are enjoying today will continue after the pandemic.

On a personal level, how have you reacted to this unprecedented situation?
P. D.: You know, when you’re a historian, ethnologist or anthropologist, the range of possibilities is such that you are rarely surprised by the present. If we were to compare the Covid-19 pandemic with the epidemics that ravaged the American continent after the arrival of the Europeans, we would have to imagine France losing nine-tenths of its population and being plunged into chaos and disorder. It’s beyond understanding. We only need to remember that people have actually lived through such events to understand that the present situation is not so exceptional… There is always a tendency to think that our own experiences are unique, when in reality, from a historical point of view, they are quite ordinary.

Even the lockdown?
P. D.: Yes. Personally, I was fortunate to be able to spend the confinement period in the countryside, under very favourable conditions, but most of all it reminded me of my experience in the field! I’m thinking of social confinement in particular: when you’re doing fieldwork so far away from home, as I have with the Achuar tribe in the Amazon, you can spend several months without going to the nearest town. Ultimately, you are left to your own devices, in constant interaction with a very small number of people. Of course, you are not confined, because you’re living with others – but always the same ones.

See author's bio
An Ultra-fast Saliva Test to Detect Covid-19Previous
Has confinement turned us into hikikomori? Next