Development of the first quantum processor by the start-up Pasqal.
PASQAL
Share
Share
To revolutionise computing, as the very first quantum computers have raised hopes of doing, researchers must meet exciting challenges, such as writing new informatics, and limiting the many errors still made by these ultra-powerful machines.

At the heart of this global race involving both public laboratories and private multinationals, the quantum computer, envisaged in the early 1980s by Richard Feynman, winner of the 1965 Nobel Prize in Physics, sparked a true revolution. However, amid promises and sensational announcements, it is difficult to know where this technology really stands, and what its actual applications will be. Unlike a classical computer and similar devices such as smartphones, a quantum system does not use binary bits, namely the two values of one and zero. It is based on qubits, which thanks to the unique properties of quantum objects, display an increasing number of different states with the addition of new units. Each extra qubit doubles computing power. However, this firepower is not adapted to all situations.

Quantum supremacy is not systematic

"The quantum computer is not just a faster computer, its specific mode of functioning does not have the same effect depending on the problems it is trying to solve," points out Frédéric Magniez, senior researcher at the Research Institute on the Foundations of Computer Science (IRIF),1 and holder of the Chair in Informatics and Computational Sciences at the Collège de France. "Some cases will present an exponential acceleration of computing time, while in others there could also be no difference." The term "quantum supremacy" is used in situations where this technology is more effective, even with a limited number of qubits, than today’s highest-performing supercomputers. This of course requires suitable hardware.
In Europe, a high-performance computer and quantum simulator hybrid consortium was created. Via an online platform, it will share the power of a machine provided by the start-up Pasqal, which is associated with the CNRS through the Charles Fabry Laboratory.2 Its processor has one hundred qubits, which are obtained from atoms cooled by laser and manipulated by optical tweezers. "The quantum computer as a macroscopic object, with a memory comparable to the very first binary computers and the ability to answer various types of problems, does not yet exist," states Magniez, who is part of the consortium. "Instead we have specialised calculators, for which we must identify the specific tasks where they will achieve quantum supremacy."

While researchers have been preparing the theoretical groundwork for a number of years, they must now develop the required methods and tools before writing actual programs. Each type of algorithm must be transposed to the quantum world, but only after ensuring there is an interest in doing so. Even when this is the case, the number of qubits at which quantum advantage is real must be verified.

A painstaking effort awaits both scientists and engineers. Some areas already show promise, such as machine learning, the optimisation of complex systems, simulations, etc. Several researchers have based themselves on electricity distribution in winter, which requires providers to supply all users in a context of high demand, without causing the network's collapse. More basic problems will also be raised. 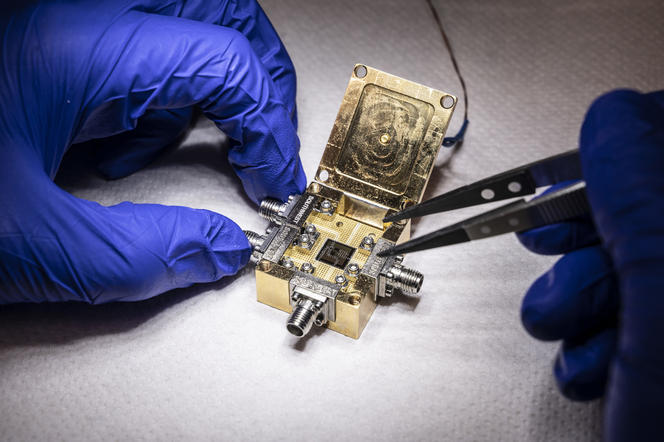 Prototype of the Cat-Qubits chip developed by the start-up Alice & Bob. The purpose of the chip is to considerably increase computational power, thereby enabling quantum computing to withstand breakdowns, as well as to perform any quantum algorithm. 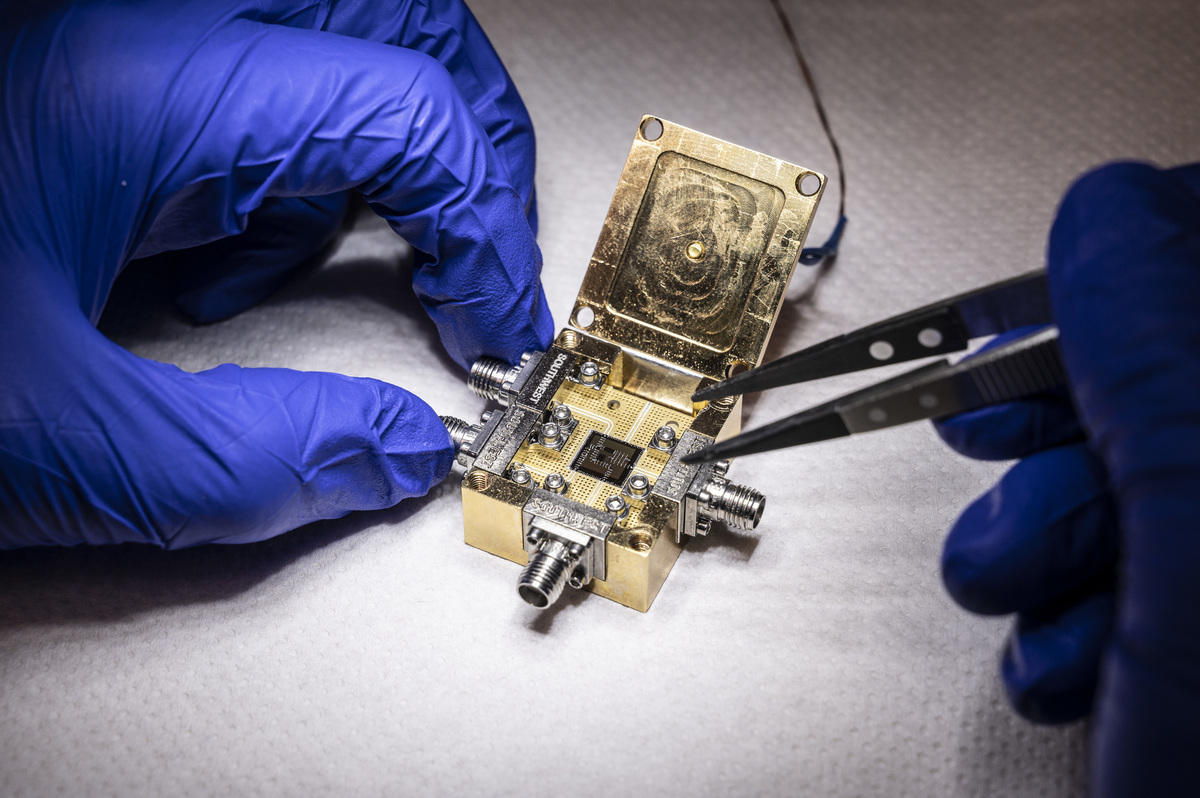 "The platform's most interesting objective is to understand how to program and use such a machine," enthuses Simon Perdrix, a researcher at the Lorraine Research Laboratory in Computer Science and its Applications (LORIA),3 and a member of the European consortium. "We will have to develop software languages and solutions specially dedicated to the quantum world, as we cannot simply duplicate what is already available for a traditional computer." The scientist also hopes to test theoretical quantum algorithms, determine how to implement them on a real machine, and see if they function as well as expected. Until now, these objects have been studied on simulators operating on powerful but conventional computers.

"We must continue to work together on both types of computers," explains Tristan Meunier, a senior researcher at the CNRS’s Institut Néel. "We cannot use Windows on a quantum processor, and even if we could, it would not be effective at all." The specialist is not part of the European consortium, and is focusing on a different approach based on silicon chips, which are exposed to extremely low temperatures in order to achieve quantum behaviour. In this case it is electrons that serve as qubits, not atoms as with Pasqal.

In any event, the issues are the same, namely identifying the contexts in which to use quantum systems, and how to do so. "The difficulty arises from the fact that theoretical algorithms assume they will operate on almost perfect quantum systems," Meunier continues. "But machines make many errors."

Despite their somewhat futuristic reputation for being super-powerful, quantum computers still make many mistakes, and continue to lose a substantial part of their computing power in identifying and overcoming these difficulties. Some models do not even have enough resources to correct themselves, an imbalance that is exacerbated as they gain power to solve the problem. These errors are caused by the phenomenon of decoherence, in which the quantum system is disturbed by interference from the outside world. Yet to use the properties of the particles enclosed in these "boxes", it is necessary to open the lid, however slightly. All qubits are therefore not equal, for these difficulties depend on the way they are obtained.

"Increasing the coherence properties of quantum systems is a crucial issue in this field," Meunier stresses. "The longer we maintain coherence across the largest number of qubits, the greater the computing potential. To do so, we must gain a better understanding of the particle's environment, for a system is never perfectly isolated."

Much remains to be done in the field of quantum computers. "My chair at the Collège de France will help make this knowledge available to a wider public, and I will adapt the level so that people can make an informed opinion," Magniez explains. "We must start training future researchers and engineers, and offer them permanent positions if we want to keep up with Canada, the United States, Japan, and China."

It was indeed a French physicist, Alain Aspect,4 who led one of the central experiments on the existence of quantum mechanics in 1980, the researcher points out. "A group subsequently formed in the 1990s in Orsay around Miklos Santha,5 who was my teacher before I joined the CNRS. At the time there were a dozen French-educated experts who were conducting very basic research before quantum technologies came into fashion. To continue making advances, we still need this research spirit, one that is both enduring and free."

Article
First-ever physical model consistent with the history of the...
Computer science

Article
French research at the heart of the Quantum Plan