Putting nature at the heart of society to fight climate change

Putting nature at the heart of society to fight climate change

A forest ranger working to protect the Masungi Georeserve (Manila, Philippines), which is home to 400 plant and animal species (3 November, 2021).
Jes Aznar / GETTY IMAGES ASIAPAC / Getty Images via AFP
Share
Share
More than a million animal and plant species are today threatened with extinction worldwide. To make things worse, this biodiversity loss is now being irremediably accelerated by climate change. The researcher Ignacio Palomo points out that nature can provide solutions to this emergency.

You are one of the lead authors of the IPBES Global Assessment Report1 on biodiversity and ecosystem services. You also coordinate the Pathways of Transformation in the Alps (PORTAL) project,2 funded by the French-German programme 'Make Our Planet Great Again' (MOPGA), which brings together nature-based initiatives to fight climate change. Do you believe that people today are becoming aware of the climate emergency?
Ignacio Palomo:3 Increasingly so. In its global risks report4 published last January, the World Economic Forum ranked extreme weather events among the top three risks. There is also greater consciousness of the problem among those who have been directly affected by devastating floods or intense heat waves, which are becoming more frequent due to climate change. Young people are also increasingly aware of the situation, as shown by school strike movements such as Fridays for Future.5 However, civil society needs to get more actively involved. And this growing realisation needs to be accompanied by extra resources. 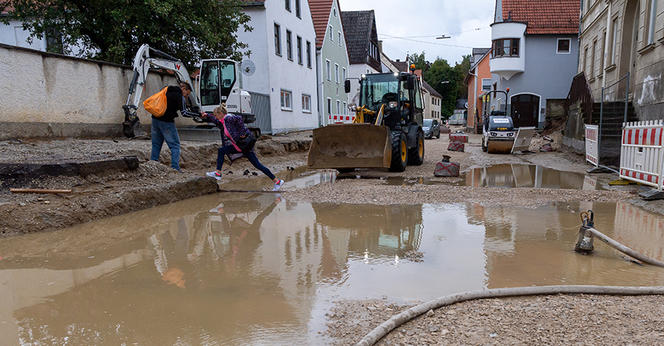 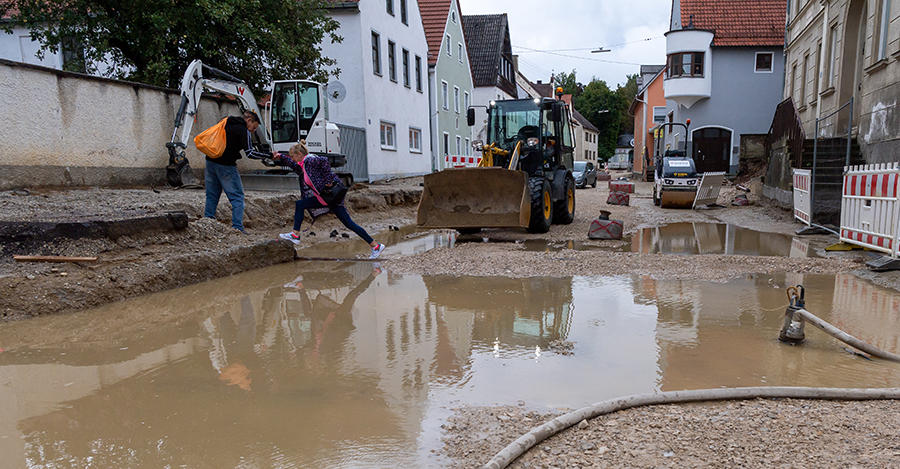 The latest IPCC report6 identifies several climate 'tipping points' – events that are quite unlikely to occur but present a high level of risk to ecosystems and societies. Can you explain what they are?
I.P.: To understand the concept of tipping points, imagine a chair that is unstable. Even a very slight tilt will push it off balance, and inevitably tip it over. Researchers have discovered that such tipping points are nearing, especially with the deforestation of the Amazon, the melting of Greenland's ice sheet, and the disappearance of warm-water coral reefs.
Corals, which are very sensitive to variations in temperature, are one of the most significant examples. Bleaching, which occurs when water becomes too warm, is reversible when the temperature rise is short-lived, but if it lasts too long it can kill the coral and its associated ecosystem. Warming surface waters have led to the death of large reefs all over the world, and a third of those remaining are now in danger. Every additional tenth of a degree worsens the impact of climate change on biodiversity.  This example shows that climate change and biodiversity loss are closely related. In all, a million species are today threatened with extinction by a wide range of human activities, in particular due to the loss or degradation of their habitat and to global warming.

To address these issues over the long term and strengthen our resilience, you call for transformative adaptation, a key concept in your work. What do you mean by this?
I.P.: We are already seeing the effects of climate change with an average temperature increase of just 1.1 °C. However, the 1.5 °C threshold is very likely to be exceeded.  Transformative adaptation is needed if we are to cope with severe climate change impacts. This implies profound, and frequently structural, societal changes that will enable us to adapt. In a paper we've published on the climate emergency, we call for social transformation linked to climate change mitigation, involving six fundamental measures: a gradual phase-out of fossil fuels and other sources of greenhouse gases (GHG); the restoration and protection of ecosystems; a reduction in food waste and meat consumption; the adoption of various types of circular economy; and the stabilisation of the human population. 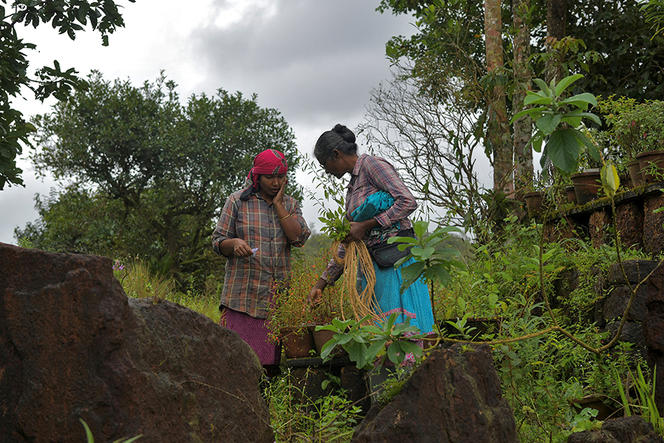 In the Western Ghats mountain range (Western India), a UNESCO World Heritage site impacted by climate change and deforestation, it is the women who are helping to protect biodiversity (16 September, 2021). 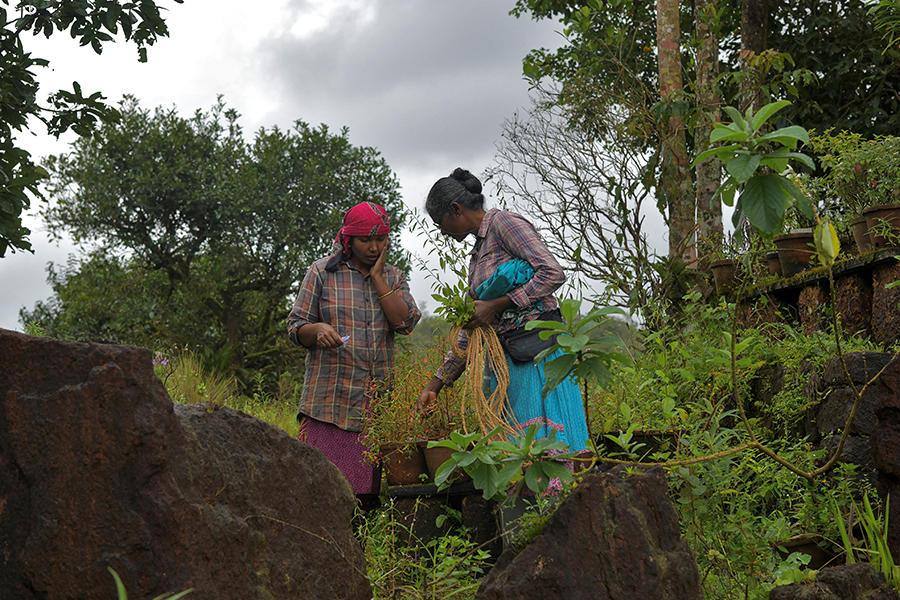 These six areas are designed to address the various issues that society needs to focus on in order to have the best chance of dealing with the climate crisis. They are the result of decades of research in a wide range of disciplines by numerous scientists who show the ways in which this crisis is linked to many different facets of our society. Climate change and ongoing biodiversity loss confront humanity with problems that are not only ecological in nature but also social and economic. Social justice is also central to the climate crisis for several reasons. First of all, not all countries bear the same responsibility for it. And secondly, some regions of the world are impacted much more than others. These factors must be taken into account when determining ways of tackling the phenomenon.

You are working on the evaluation of nature-based solutions involving 93 initiatives being implemented in various mountain ranges throughout the world. What are the main issues at stake?
I.P.: Mountains are very sensitive to climate change. They are biodiversity hotspots and the climate crisis affects them more rapidly than other ecosystems. They are warming up even faster than lowland regions. Glacier retreat presents a number of challenges, one of which is the availability of water resources, not only for mountain communities but also for the large populations living downstream. Nature-based solutions include a variety of small-scale measures, such as novel ways of managing ecosystems or restoring degraded ones, and technological innovations that integrate nature. By doing so, such approaches help to increase the resilience of regions struck by climate change.

A restoration project in the Kaunertal valley in the Austrian Alps, following the retreat of the Gepatschferner glacier, which is causing erosion, mudslides and landslides. On the right, patches of erosion are isolated with the aim of restoring the vegetation cover.

A restoration project in the Kaunertal valley in the Austrian Alps, following the retreat of the Gepatschferner glacier, which is causing erosion, mudslides and landslides. On the right, patches of erosion are isolated with the aim of restoring the vegetation cover.
Lucía Laorden
Lucía Laorden
Share
Share

However, one of the biggest challenges is to obtain sufficient financial resources to be able to properly design and implement such solutions, extensively and in such a way that they benefit both people and biodiversity. We have also set up a database of nature-based solutions for climate change adaptation in the Alps. Examples of these include using agroforestry to make crops more drought-resistant, restoring forests to reduce the effects of floods, avalanches and rockfalls, and creating green spaces in urban environments to mitigate heatwaves.

The Covid-19 pandemic has considerably slowed consumption worldwide. After this temporary decline, GHG emissions are once more on the rise. What lessons can be learnt from this?
I. P.: Although not quite a taste of things to come, the public health crisis has shown that we are capable of introducing tough measures, as well as severe restrictions such as lockdown, in an effort to halt the progress of the pandemic. I think we need to become aware of the consequences that climate change is already having, not only on the occurrence of forest fires, heatwaves and flooding, but also on human migration, which will become increasingly frequent in the future. We also need greater political ambition when it comes to setting targets for the reduction of emissions and adaptation to climate change. Nature can play a major role in this regard.

However, it’s not all bad news. In the latest edition of its Red List of Threatened Species,7 the International Union for Conservation of Nature (IUCN) reports that four species of tuna, including the Atlantic bluefin tuna, are on the track to recovery. On an individual level, what more can we do?
I. P.: One of the best things we can all do is to keep informed. I believe we can stay positive because of the many small battles won in the fight against climate change and environmental degradation. These include the example you just mentioned, where fishing quotas have succeeded in reversing the trend, or the Montreal Protocol adopted in 1987, which banned the use of chemicals that were destroying the ozone layer, and enabled it to recover. Not to mention the Paris Climate Agreement of course. Where there is a will, there is a way.