Home / Articles / A World within a World

A World within a World

Home / Articles / A World within a World

A World within a World

Aerial view of the Dadaab camp in Kenya. With its 450,000 inhabitants, Dadaab is the largest refugee camp in the world.
T. KARUMBA/AFP PHOTO
Share
Share
Whether for refugees, displaced populations or migrants, camps are a new element of global society, says researcher Michel Agier, who directed a book on the subject.

In your latest book entitled 'A World of Camps,'1 you point to the 'encampment' of the world. What do you mean by that?
Michel Agier:2  Camps are becoming an important component of global society, housing nearly 20 million people who have fled war, poverty, or ecological disasters. An estimated 5 to 7 million individuals, displaced from their homelands by war, live in 460 refugee camps in the Middle East, Pakistan, and East Africa. The largest of these settlements is the Dadaab camp in Kenya, which has a population of 450,000. Moreover, at least 6 million people who have been displaced within their own countries also live in camps. In Haiti alone, some 400,000 who lost their homes in the 2010 earthquake are still sheltered across 400 encampments. Even more difficult to quantify due to their illegal nature are the small-size, self-established migrant camps, of which several thousand have been set up along borders and in urban wasteland, like the Afghan migrant camps in Calais (northern France) or Roma settlements in the Paris region.

Faced with this situation, a number of governments, especially in Europe, resorted to camps as a default policy.

Why such a proliferation?
M. A. : The end of the Cold War marked the start of a massification process. Increased openness and the 'global village' utopia gave the impression of increased freedom of movement. In parallel, advances in transportation encouraged migratory flows at every level: regional, national, and international. Add to that the economic stagnation of countries in the southern hemisphere and all the conditions for mass displacement are there. Faced with this situation, a number of governments, especially in Europe, resorted to camps as a default policy, for lack of alternatives to prevent what they see as a problem: the movement of these populations across borders.

Camps are the last resort for people who have slipped through all the filters. And we can be sure of one thing: no law will ever prevent human migration. 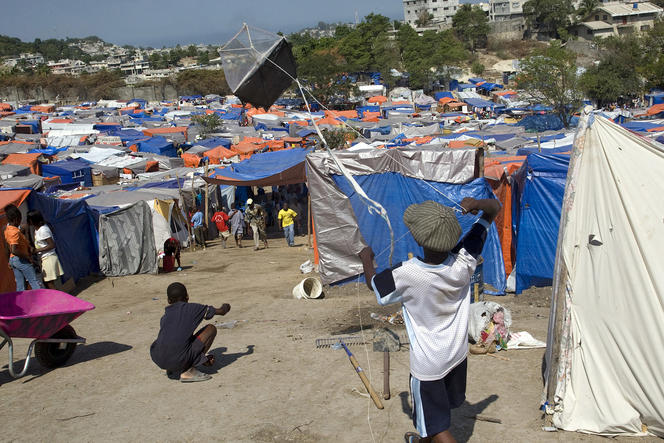 Camp of Pétionville in Port-au-Prince (Haiti), set up after the 2010 earthquake. 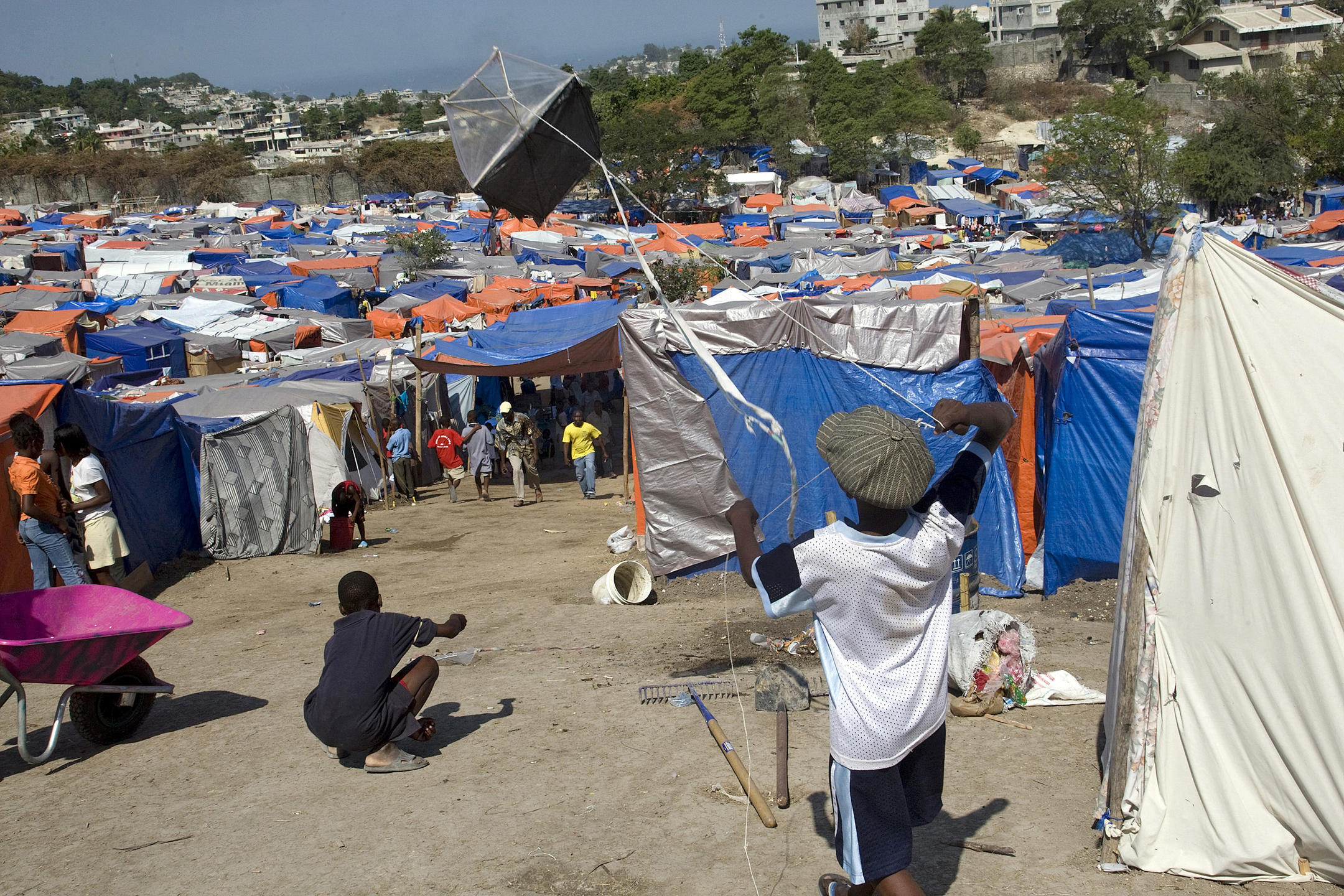 You also mention detention centers and work camps…
M. A. : These camps are also proliferating, and they have a lot in common with those we've just mentioned: poor living conditions, temporary accommodation… More than a thousand detention centers, where governments 'park' illegal immigrants pending their hypothetical return to their country of origin, exist across the world. Of all the categories mentioned, these camps are the most sealed off, and the tendency—especially in Europe—is to extend the detention periods. Workers' camps, which are mostly found in emerging countries like Brazil, China, South Africa, and the United Arab Emirates, but also in the south of the US and Europe, are a purely economic setup. In these regions, the development of agribusiness, with sugarcane plantations for example, and the launch of colossal infrastructure projects such as roads and dams create a huge demand for labor, drawing large numbers of foreign workers. Camps make it possible to accommodate these people, who are economically useful but socially undesirable.

Some camps have been in existence for decades. Can they still be called 'temporary'?
M. A. : That’s the other distinctive characteristic of these settlements: they are supposed to respond to an emergency, but they tend to last over time, while displaced individuals cling to the hope of an eventual return to their homeland—an illusion shared by the organizations and governments that run these sites. Camps gradually become familiar to their inhabitants who see them as a home away from home. This is obvious from the material transformations brought by the residents as they settle in, turning the camps into a hybrid feature, halfway between a village and a shantytown. Some have even been rebuilt, which is no small paradox! One example is the Nahr al-Bared camp in Lebanon, destroyed in 2007 as a result of a conflict between the Lebanese army and an Islamic organization, and subsequently rebuilt at the refugees’ request. The new site was carefully laid out with the help of Palestinian and international architects and urban planners—an unprecedented situation, as these people are officially 'encamped,' but their living space is granted urban recognition. 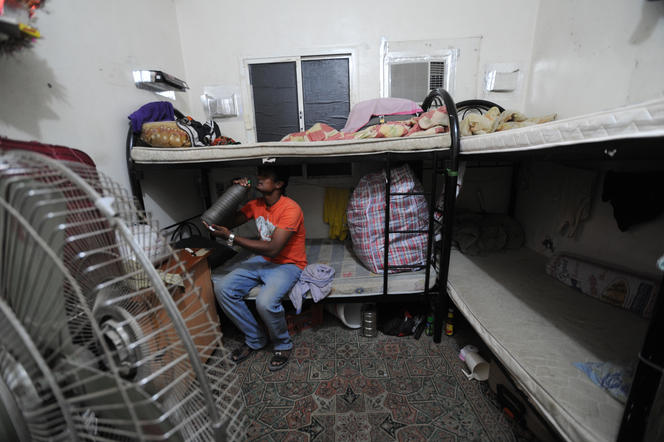 Accommodations of a migrant worker in Qatar. Amnesty International has denounced an "alarming level of exploitation, sometimes resembling forced labor," in this Gulf state. 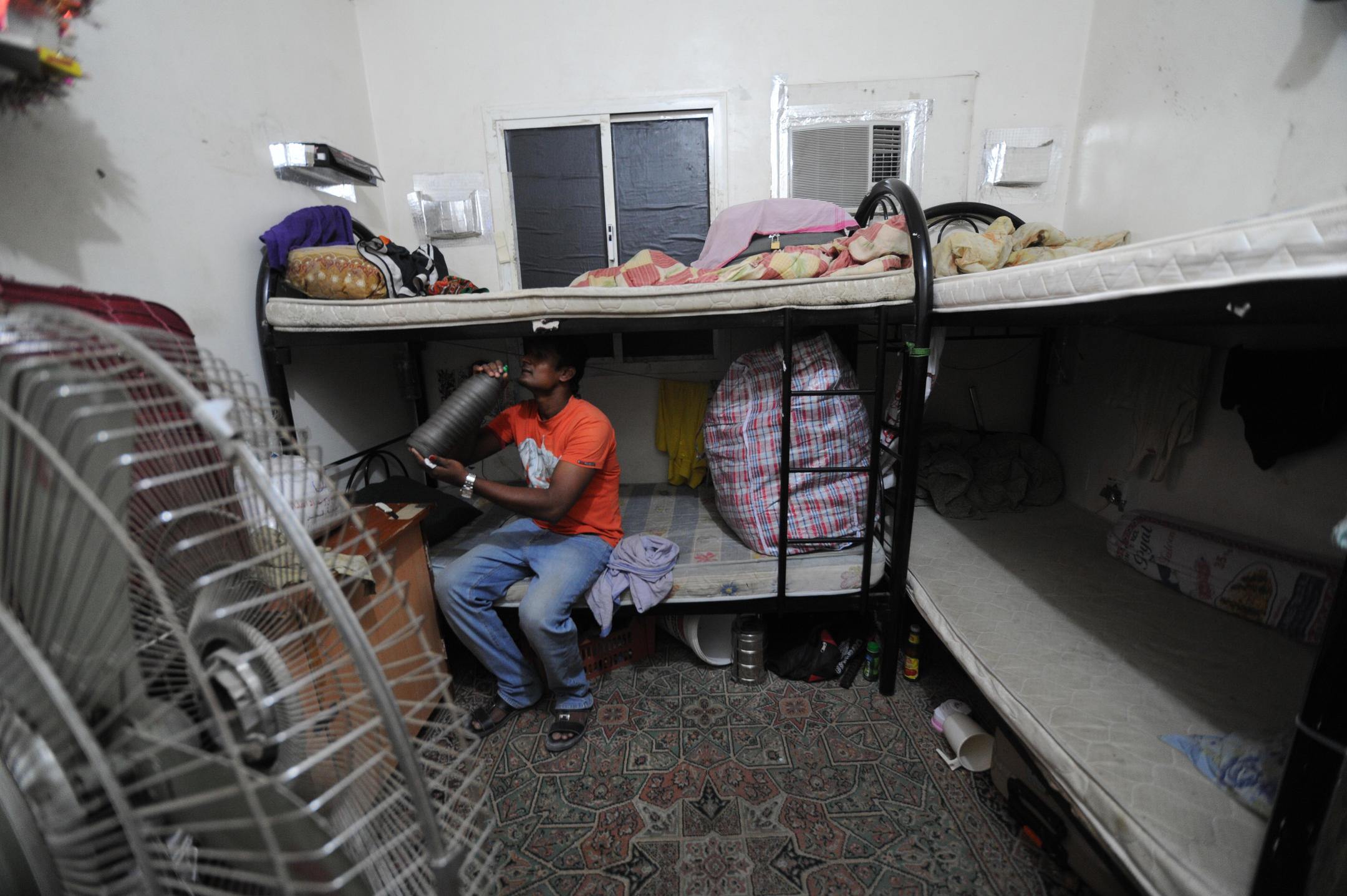 Another important feature of the camps is their economic role…
M. A. : Yes, and in many different ways. Firstly, because many of the residents work, even though they are not supposed to, and therefore contribute to the local economy. Secondly, because these infrastructures involve complex logistics. Building a camp in the middle of the desert means erecting tents or barracks, providing a water supply, arranging food deliveries, laying down tracks… It’s a full-fledged industry, with dedicated companies and NGOs. In France, some detention camps are set up and operated on the public-private partnership model, in cooperation with construction companies like Vinci and Bouygues.

Does this mean that certain parties would have a vested interest in keeping camps alive?
M. A. : Let's not make unfounded accusations: the NGOs active in this field have the best intentions. Indeed, some studies show that gathering so many people in vast infrastructures is more expensive than it seems, and they advocate alternative solutions. To this end, an interesting experiment is now underway in Lebanon: even though thousands of people have crossed the Syrian-Lebanese border to flee the fighting, the country refuses to set up UNHCR3 camps for Syrian refugees. In the absence of official settlements, private parties have been offering their own land for a fee. While some see this as an exploitation of human suffering, it could pave the way towards a better integration of refugees in the host country. What if the UNHCR itself paid local residents for sheltering refugees? Attitudes seem to be evolving: even this UN agency, which has built hundreds of settlements, is beginning to consider alternatives to the 'all-camp' model. 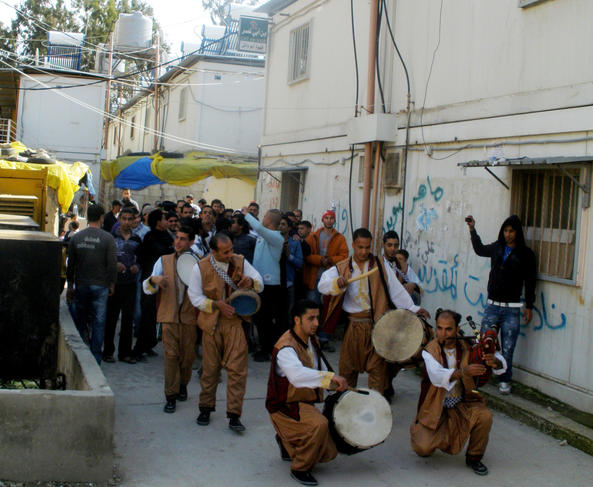 A bridal procession in Nahr-al-Bared in Lebanon. Destroyed by war, the camp was entirely rebuilt—thus further securing its existence in the country's urban landscape. 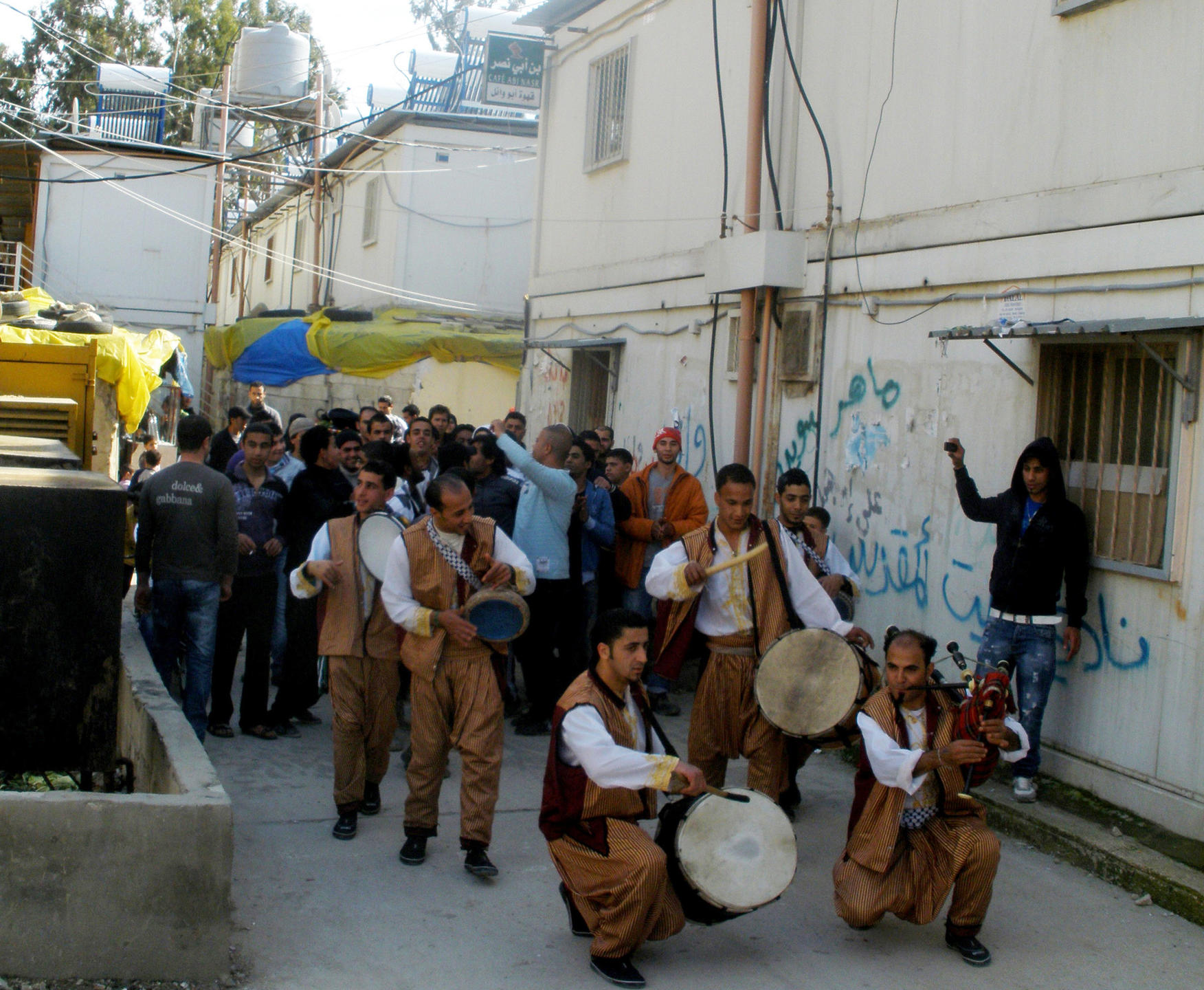 Planck: the Early Universe in FocusPrevious
Linguistic Diversity: Food for Thought? Next

Article
Feminicide: naming the crime in order to fight it
Anthropology