Protest of May 9, 1968 in Paris. In the center, Daniel Cohn-Bendit, one of the leaders of the student movement.
AGIP / Bridgeman Images
Share
Share
This year marks the 50th anniversary of the strikes and protests that swept across France in May and June 1968. What really happened during this unusual sequence of events and what impact did it have on French society? Was the now-legendary Mai ‘68 part of a larger international protest movement? Historian Michelle Zancarini-Fournel shares her perspective.

With exhibitions, films, books and conferences, France celebrates the protest movement that shook the country in 1968. Why such a fascination?
Michelle Zancarini-Fournel:1 The ‘68 moment’ had a deep and lasting effect on our recent history and the national collective memory. According to the opinion polls, French people rank it as the most important event since World War II. This perception no doubt comes from the temporary disruption that it caused in daily life and the social-political order. Indeed, ordinary activities came to a halt across the country and the hierarchy of authority was challenged in the universities, government, corporations, families, etc. The protesters demanded equality and that everyone’s voice be heard, which contributed to the decompartmentalization of the social landscape, leading to unprecedented interactions among blue-collar workers, farmers, students, white-collar employees and executives. All of this explains the lasting impression that the movement made on those who witnessed it or participated in it.

People often refer to ‘May 1968’ or even just ‘May.’ Why do you object to that designation?
M. Z.-F.: Because this contraction, which became anchored in the collective memory and has been further entrenched by successive ten-year commemorations of the event, induces a misleading reductive effect, both temporal—by suggesting everything happened in one month—and geographical, as though Paris were the only backdrop for the movement. It confines the past to an overly restrictive chronological and spatial framework, from the police raid on the courtyard of the Sorbonne, on May 3, to the return to order, after President De Gaulle’s radio speech on May 30. By the same token, the chronology of events is often presented in three separate phases: the student crisis from May 3 to 13, marked by demonstrations, followed by the labor crisis from May 13 to 27, with the largest general strike of the 20th century (a walkout by seven million employees) and lastly the political crisis from May 27 to June 30, ending with De Gaulle’s speech announcing the dissolution of the National Assembly and new elections. Actually, four juxtaposed periods should be distinguished: first, the student uprising from May 3 to 11; second, the strike and occupation of universities, secondary schools and companies, from May 13 to the end of June; third, the political crisis, from May 24 to 30, accompanied by fears of civil war and national division; and fourth, the emergence of a compromise with the electoral campaign, the strikes and occupations gradually subsided over the month of June. 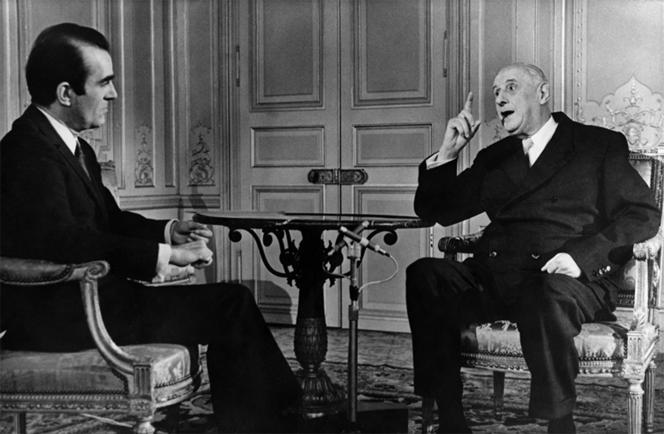 Interview of French President Charles de Gaulle with the journalist Michel Droit, which was broadcast on radio and television on June 7, 1968. A few days earlier, on May 29, the president was nowhere to be found (he was actually in Baden-Baden, Germany). Returning to Paris the next day, he announced the dissolution of the National Assembly. 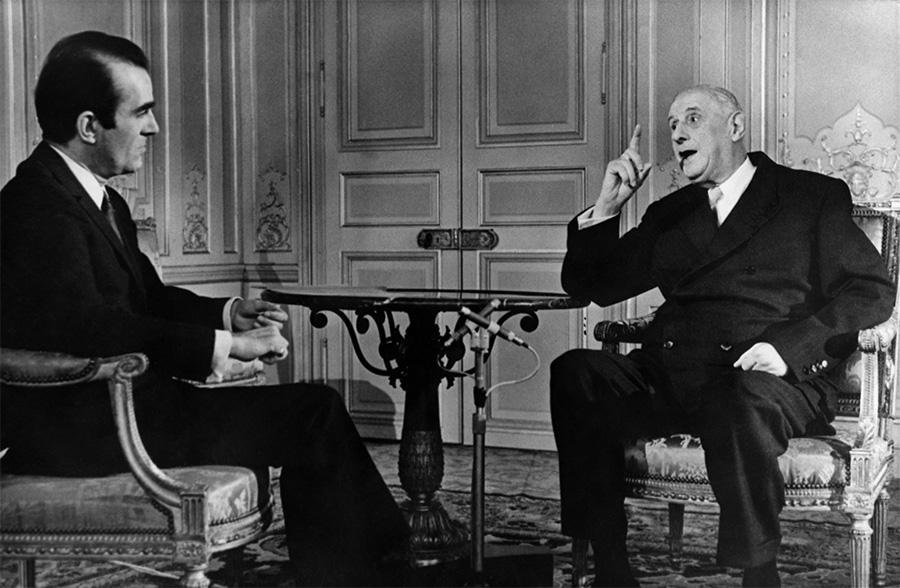 Interview of French President Charles de Gaulle with the journalist Michel Droit, which was broadcast on radio and television on June 7, 1968. A few days earlier, on May 29, the president was nowhere to be found (he was actually in Baden-Baden, Germany). Returning to Paris the next day, he announced the dissolution of the National Assembly.
AGIP / Bridgeman Images
AGIP / Bridgeman Images
Share
Share

Was 1968 a sudden rift in the social, political and cultural history of France?
M. Z.-F.: No. The signs of unrest were clearly obvious well before the events. The student protests, for example, had been simmering since 1963. In Strasbourg, after a long strike calling—among other things—for the end of examinations, the elimination of grades and the establishment of continuous assessment, one professor proposed that the Sociology Institute be self-managed. The Situationists (militants who fought against capitalism and the ‘Society of the Spectacle’) who led the Strasbourg student organizations published hard-hitting analyses of the international situation, denouncing the consumer society. Also, earlier in 1968, the police intervened at a number of universities (in Caen, Nantes, Toulouse…), often following demonstrations calling for the free circulation of male and female students in the residence halls. Police reports on violent protests by farmers, blue-collar workers and secondary school students in 1967-68 warn of a ‘dress rehearsal,’ a harbinger of upheavals to come. In short, the series of events of May and June did not come as a bolt from the blue, even though the March 22nd occupation of the administrative building at Nanterre University, by some 150 students led by Daniel Cohn-Bendit, was hailed in hindsight as the trigger for the uprising.

Were similar movements taking place in other countries at the time?
M. Z.-F.: The French events were no exception. Other European countries, the United States, Japan, Senegal and Tunisia were also swept by waves of protest. The students in those countries were proactive and sometimes violent, like the Zengakuren in Japan, a group that rejected both US-style capitalism and communism, whether Chinese or Russian. The phenomenon extended to other social groups: blue-collar workers in Italy and Spain (like in France), intellectuals and workers in Prague and Warsaw, African-Americans in the US, etc. The main characteristics of this global rebellion were the dissemination of a literary and musical counterculture specific to young people and the adoption of new intervention techniques widely covered in television news, like the student and civil rights sit-ins in the US.

In the case of France, can the open revolt of 1968 be compared to the revolution of 1789?
M. Z.-F.: It has been done. In his book La Prise de Parole, the historian Michel de Certeau says that ‘speaking out was like storming the Bastille,’ and in La Commune Étudiante the sociologist Edgar Morin suggests that 1968 was ‘a kind of socio-juvenile 1789’ that brought different social categories closer together—students, blue-collar workers and young dropouts, exiles and outcasts. He also mentions the Paris Commune of 1871, the Potemkin Mutiny of 1905, the Cruiser Aurora in 1917, the Spartacist Uprising of 1918, France’s Front Populaire and the Spanish Civil War in 1936. However, even though these precedents were evoked in 1968, and the barricades are part of a long insurrectional tradition, the rhetoric and demands were different—the use of the past entailed its application and reinterpretation in the present. 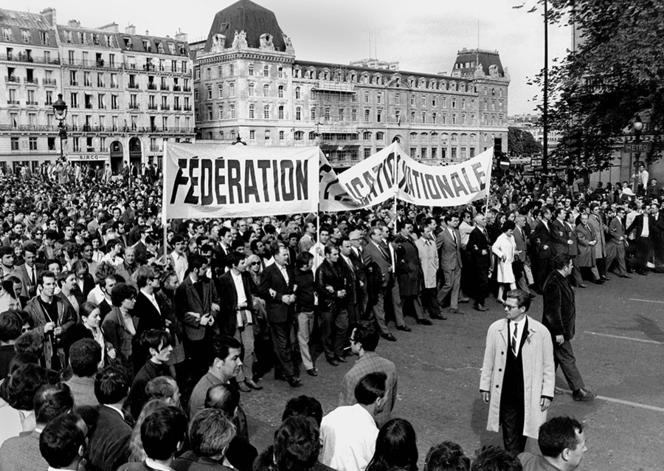 On Monday, May 13, 1968, a vast event gathering students and striking workers took place in Paris. 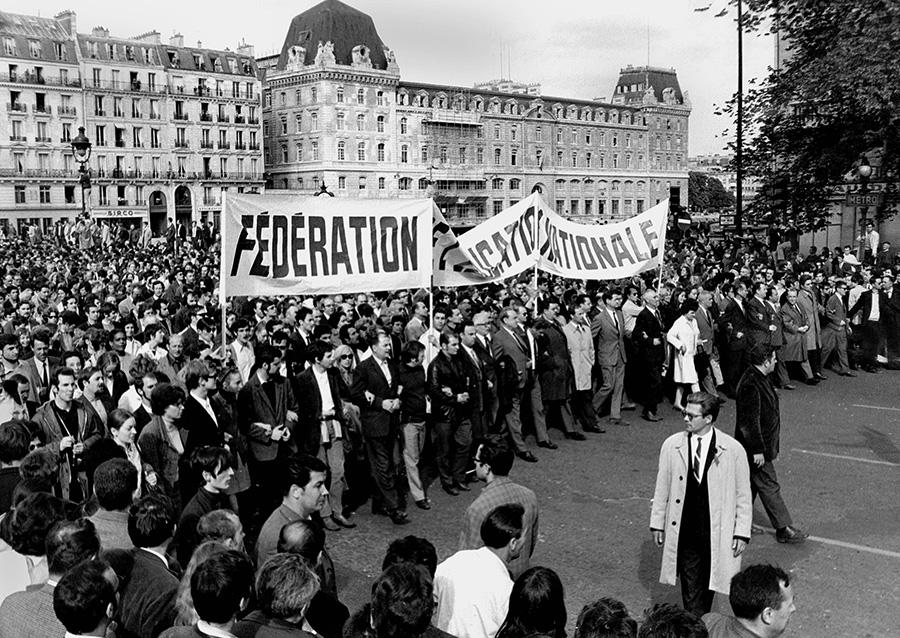 What was the ultimate effect of the changes brought about by the events of 1968?
M. Z.-F.: First of all, contrary to common belief, the term ‘Grenelle Agreements’ is erroneous, because the protocol signed on May 27 between the government and the trade unions at the Ministry of Labor was rejected by the workers. On the other hand, significant pay increases were secured, and a law legalizing unions’ company branches was adopted in December 1968. In November, the Edgar Faure law marked ‘the death of the French university,’ in the dramatic words of the historian Antoine Prost, and the birth of a new system. The resignation of General de Gaulle in April 1969 was an indirect extension of the previous year’s upheavals. And for years to come, the ‘aftershocks’ continued to be felt in French society in the form of protests as diverse as they were vehement.

Fifty years on, what, in your opinion, is the legacy of the unrest of May-June 1968?
M. Z.-F.: It may be repressed, denied and repudiated, but there is a legacy nonetheless. The best, and most fundamental, example is the victory of the feminists, whose struggle won them the drafting and promulgation of the Veil laws of 1974 (national health insurance coverage of contraception) and 1975 (legalization of abortion). These laws have radically changed the lives of all women. In parallel, family life has been drastically altered by premarital cohabitation, births outside marriage and the increase in divorces after a law codifying the separation between conjugality and parental status was voted in 1975. Another consequence of ‘68, after the semiskilled workers’ strikes of 1971-73, notably in the automobile industry, was the adaptation of capitalism. The latter was completely overhauled—at the cost of massive unemployment, which further exacerbated social inequalities. Lastly, the desire to ‘start a new life,’ championed by the left-wing political parties, resulted in political alternation starting in 1981. 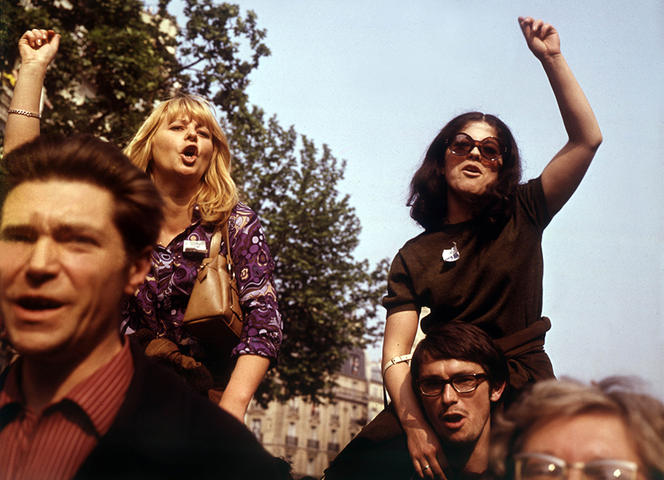 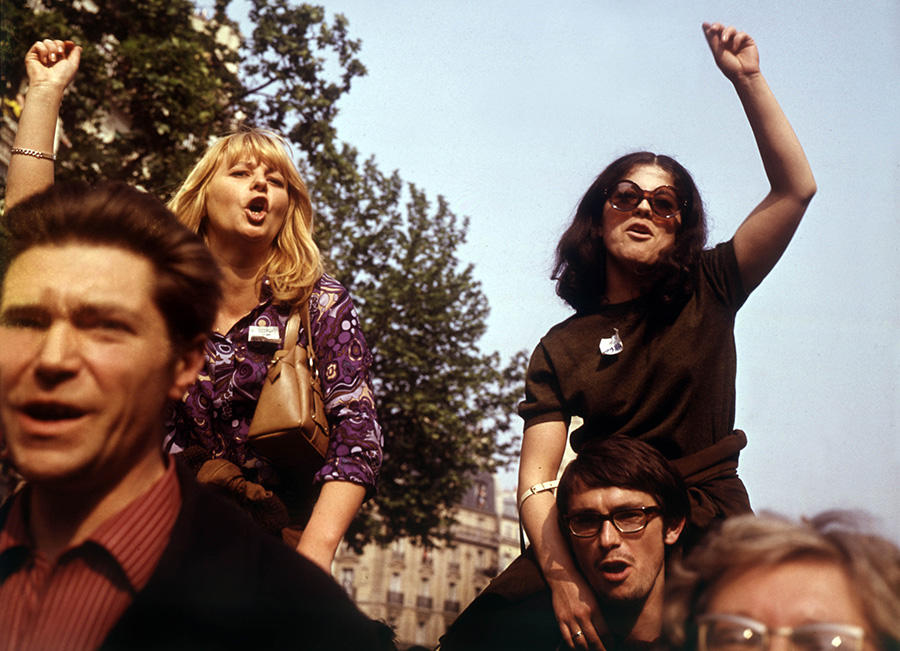 Could a May 1968 happen again?
M. Z.-F.: The memory of 1968 has haunted French society for decades. Every major social conflict, regardless of its goal, offers an occasion to look back at the events of that year. This was the case during the protests against the CIP (professional insertion contract) in 1986 (university students), the youth minimum wage in 1994 (university and secondary school students), the planned reform of the health insurance, retirement and unemployment systems in November-December 1995 (public sector employees), and the CPE (first employment contract) in spring 2006 (students). Similarly, the episodes of urban rebellion in late 2005 were considered a ‘mini-May 68 of the suburbs,’ although this analysis is debatable. Concerning the future, as a historian I’m not really qualified to make any predictions.

Do the winds of freedom stirred up by the ‘Arab Spring’ and the ‘Occupy’ movements have anything in common with 1968?
M. Z.-F.: From the main western cities to the Arab world, to Ukraine and Brazil, protest movements blossomed in the public arena in the early 21st century, especially after the 2008 financial crisis and its string of woeful consequences (increased financial insecurity, unemployment and impoverishment). These collective movements shared a common feature with 1968: they challenged those in power, taking to the streets and demanding direct democracy. And they were repressed, more or less rapidly, by authoritarian regimes. In Egypt and Tunisia, the most prominent activists have been targeted, persecuted, arrested, sometimes assassinated. But the hope that they have inspired cannot be evaluated.