Eric Plagnol
A few months after the first detection of gravitational waves, the success of the Lisa Pathfinder mission paves the way for an ambitious space project that will make it possible to observe the collisions of giant black holes. Physicist Eric Plagnol explains.

The news made the headlines around the world last February: scarcely more than a hundred years after Einstein predicted gravitational waves, the international LIGO/Virgo collaboration announced the first direct detection, by two ground-based interferometers, of these ripples in spacetime. A new window had half-opened on the Universe, making it possible to detect for the very first time a collision between two black holes. Complementing the "photonic" astronomy of conventional telescopes and radiotelescopes, gravitational astronomy was born. Less than four months later, the success of the LISA Pathfinder demonstration mission has established the feasibility of the space-based interferometer eLISA, due to be launched in about ten years' time. More than a window, eLISA, will offer a panoramic view on the Universe and its cataclysmic origins.

The various evolution scenarios of the Universe

Proposed as one of the European Space Agency's large-scale missions, eLISA, the planned space-based observatory, will make use of gravitational waves to considerably extend our observation of the Universe.  eLISA will rely on the laser interferometry technique already used by LIGO and Virgo, but since it will be located in space, its size will outstrip its Earth-based counterparts by several orders of magnitude! Furthermore, eLISA will be able to detect low-frequency gravitational waves— thus complementing LIGO/Virgo— and it will do so from a much greater variety of sources. These include not only mergers of black holes with masses ranging from 10,000 to 10 million solar masses, highly asymmetrical systems in which one black hole has a mass similar to the Sun while the other has a mass of around a million solar masses, but also mergers of neutron stars and white dwarfs present in our Galaxy.  eLISA's capabilities will enable it to detect mergers of massive black holes that are thought to have taken place no more than a million years after the Big Bang. It will thus be possible to test predictions of fundamental physics with remarkable precision, and, even more importantly, study scenarios for the evolution of the Universe from its very first moments. This extremely wide-ranging program will open wide this new window on the Universe. 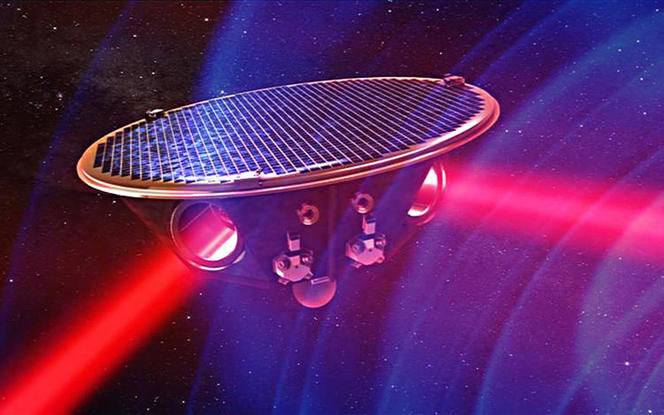 Artist's impression of one of the three satellites of the planned eLISA constellation. 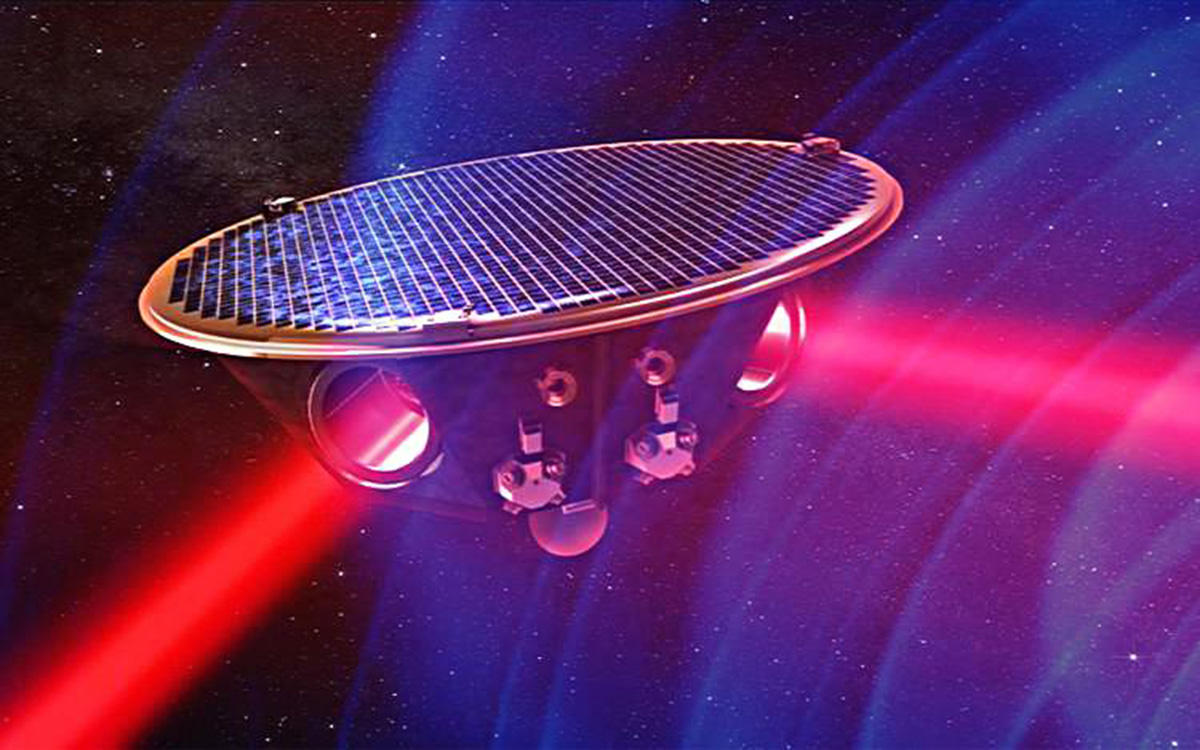 To achieve this, eLISA will be made up of a constellation of three spacecraft a million kilometers apart. Each will contain a small floating gold and platinum cube known as a test mass. Lasers will constantly determine the distance between each of the test masses, and the slightest variation in this distance will show that a gravitational wave has probably passed by.

However, it is essential that the test masses should be affected only by gravity and that they should therefore not be disturbed by the effect of any other forces, especially the solar wind, which exerts a significant force on the spacecraft. The latter will therefore be equipped with a complex feedback system that uses micro-thrusters to constantly readjust the trajectory and keep it centered on the test masses, thus protecting them from any non-gravitational disturbance.

The success of eLISA therefore depends on innovative, sophisticated techniques whose feasibility had not been demonstrated until now. This is what LISA Pathfinder has successfully achieved.  More specifically, LISA Pathfinder had two goals: on the one hand, to show that it is technically possible, in space, to position two test masses and control their trajectory in orbit; and, on the other, to show that high-precision interferometry can be carried out in space by measuring the relative position of two test masses with a precision of just a few picometers (10-12 m, or a million-millionth of a meter). Launched on December 3th, 2015 from Kourou (French Guiana), in mid-January LISA Pathfinder reached its final orbit, the L1 Lagrange point located 1.5 million kilometers from Earth, where the gravitational attraction of the Sun and the Earth cancel each other out. The test masses, two small cubes made of a gold-platinum alloy, were then released, floating inside shielded cavities 38 cm apart. The spacecraft is equipped with an ultra-precise micro-thruster system that offsets the effects of external forces such as the solar wind. In addition, a laser continually measures the distance between the two floating test masses, which is supposed to remain constant in the absence of external forces. 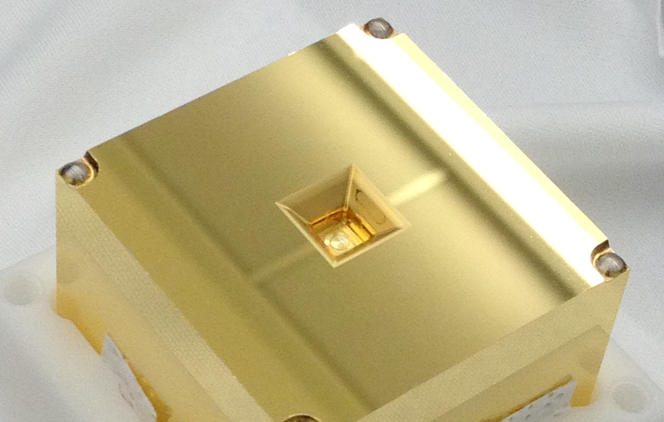 Photograph of one of the two reference masses used for the Lisa Pathfinder mission. 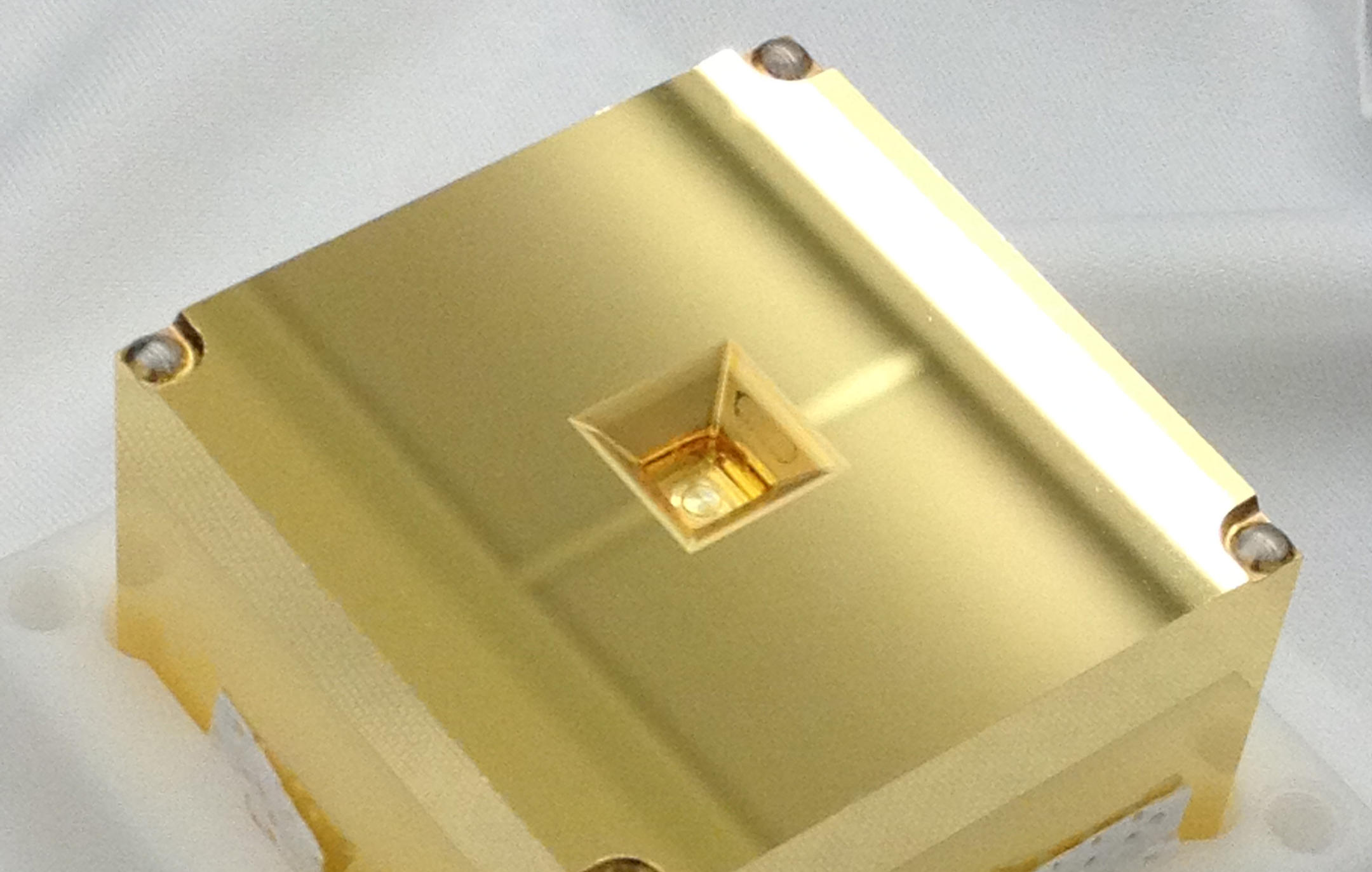 Science operations began on March 1st, 2016. A few months on, the mission has been crowned with success: whereas, for financial reasons, requirements for LISA Pathfinder were seven times lower than those expected for eLISA, the measurements show, astonishingly, that the actual performance obtained is already equal to that planned for the future gravitational wave observatory.

More quantitavely, the unwanted external forces on the test masses are equivalent to 6 femtonewtons (10-15 newton), in other words mechanical noise that is less than the weight exerted by an E. coli bacterium on the Earth. Besides, the interferometer measurements of distance are just as spectacular, since they show a precision of approximately 30 femtometers (10-15 m), which is a hundred times better than the required performance. These results, long-awaited by the physics community and published this week in the journal Physical Review Letters, bode well for a launch of the eLISA mission in the best possible conditions. Construction of the components should begin in 2024, for a launch planned for 2034. Great times ahead for gravitational astronomy!

0
Sound in the CityPrevious
Paris Attacks: What Will We Remember?Next 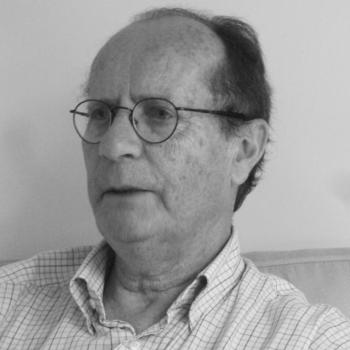 Éric Plagnol is a member of the Lisa/Lisa Pathfinder mission at the APC laboratory....

1 comment
RSS feed
Hello! I would like to present a rather unusual take on the subject of black holes and possibly give a new direction to the future LISA expansion program. My opinion is based on the presumption that thus far NO BODY, and I mean no physical person has ever described to my own satisfaction WHAT a black hole is, and WHERE in all space-time is possibly located. In other words, basing a concept and a future of spending trillions of euro on a floating dock composed of modular elements, is in my opinion a danger. This danger is facing the European mission, led in many ways by the bigger space program, namely the one currently originating from the research of the USA, Russia, and all major world players in that category. The second mistake that can possibly happen stems from the assumption that what is experienced in eLISA is a VALID information, and not an attempt at disinformation, and that it can be translated with approximation to a future real test in what everyone believes to be the COSMIC space. Not to even mention to nobody thus far has been able to explain again to my own satisfaction what that COSMIC SPACE is, and where IT is. I am presenting an opinion not based on the fact that I am a physicist, but rather from a religiously philosophical perspective. One can only understand my point of view, if they could understand the base of Islam. I would only hope that this was helpful! Thank you again for this article! Sonya
To comment on this article,
Log in, join the CNRS News community
Log in
Register