The wife of a tattoo artist, United States (1905). There was a real craze for tattoos in England and the United States at the end of the 19th century.
Bridgeman Images / Droits Réservés
Share
Share
Tattoos, an immensely popular fashion accessory at the start of the 21st century, in fact reach all the way back to the Neolithic Age. Anthropologist Sébastien Galliot explains the history and meaning of these body markings.

A new tattoo craze is literally sweeping the West. Do we know the exact extent of this phenomenon,  and is it really new?
Sébastien Galliot:1 According to current figures, 20% of people in France have a tattoo today, even if all tattoos are not equally spectacular and range from a tiny butterfly on the neck to huge tattoos covering the entire torso and arms, for instance. Men and women, young and old, rich and poor alike are all concerned. Yet the practice is not as new as we might think in the West: already at the end of the 19th century, there was a real craze for tattoos in England and in the United States, some of which were of an extremely high artistic quality. They were found in traditionally tattooed populations such as sailors and outsiders, among Freemasons, who bore the emblems of their lodge on their body, among members of the English aristocracy, and so on.

The mummified body of Ötzi, the Iceman who lived 5300 years ago, had no less than 61 tattoos!

But tattoos go a long way back: the practice has been present in Europe continuously since the Neolithic age, with tattoos being more or less conspicuous during different periods. The mummified body of Ötzi, the Iceman who lived 5300 years ago, had no less than 61 tattoos! Members of the Ligurian tribe of Cisalpine Gaul tattooed themselves, as did the Picts in the British Isles and Roman legionnaires… However, evidence of this practice dwindled in the Middle Ages, probably as a result of the explicit ban on body markings imposed by Christianity, which held omnipotent sway over European society.

Why do people get tattoos today?

S. G.: In this era of individualism, tattoos are a way of asserting one’s own personality and constitute a marker of identity based on highly personalized pictures. But beyond the simple narcissistic gesture, for some, tattoos offer a way of marking important stages in one’s life, commemorating a deceased parent for instance, or the birth of a child, or of signaling kinship with a particular group. The gesture is akin to an attempt to recreate rituals within a society in which such rituals no longer exist… In Samoa, the Polynesian archipelago on which my anthropology studies focus, many foreign visitors come seeking authenticity and “ritualization” of tattoos. Yet we can’t imagine that these societies remain firmly stuck in ancestral tradition. Tattoos in Asia and the Pacific Islands have been influenced as much by Western practices as they themselves have influenced practices in the West. 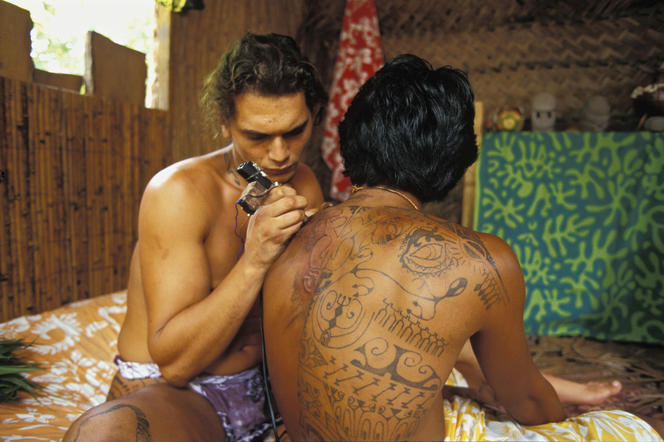 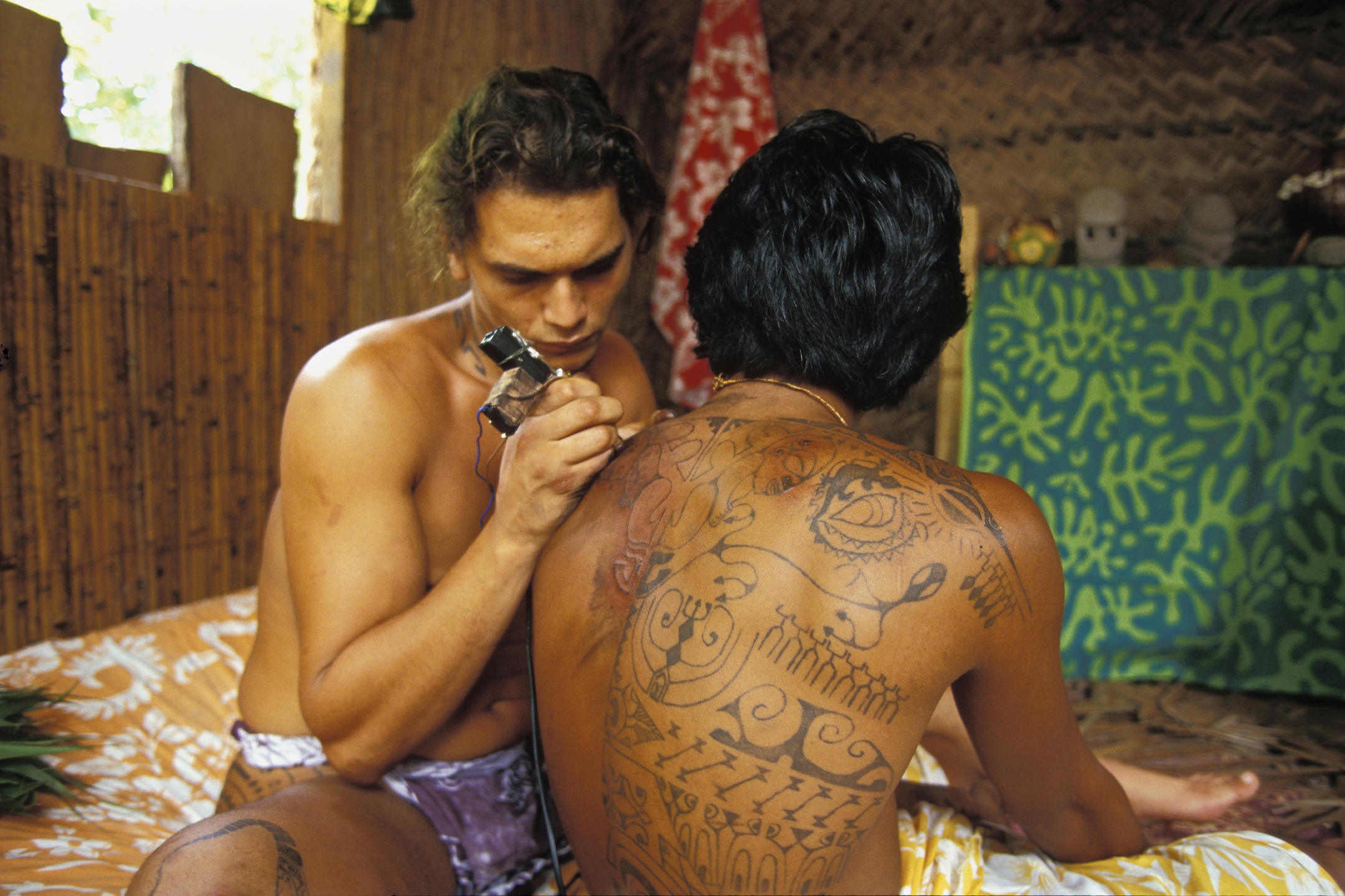 How does exchange occur between the Asia-Pacific region and the West?
S. G.: At the beginning of the 1980s, the most important Western tattoo artists visited the Orient and Oceania and brought back with them expertise and motifs they found there. Highly inspired by Japan, US tattoo artist Don Ed Hardy is one of the first to have introduced Orientalism in his tattoos, which did much to increase awareness of this practice, hitherto reserved for military personnel, social outsiders and the popular classes. The famous tribal tattoo comprising long, solid black curved lines, is derived from motifs found in Borneo and Micronesia. But these exchanges were by no means one-way. Very soon, artistic residences in Hawaii and San Francisco welcomed tattoo artists from Asia. Such exchanges were clearly evident in Samoa and Takayuki, where Western antimicrobial practices were adopted, with disinfection of equipment and use of rubber gloves, and so on. In addition, the innovations developed by famous tattoo artists have drastically expanded the possibilities of their art and influenced the entire planet in the process.

What innovations have there been in this practice, that stretches back thousands of years?
S. G.: Tattoos involve placing ink under the skin with a needle to create permanent motifs. To this end, different techniques have been used down the ages and across the continents, such as the use of needles with thread soaked in pigment, ‘hammer’ tattoos, a practice used to this day in Southeast Asia and which involves tapping with a small hammer on a striking rake to insert sharp points into the skin, and so on. Even now, the technique is still evolving. Tattoo machines, the electric pens used in tattoo parlors, can perforate the skin up to 150 times per second!

Some tattoo artists like Frenchman Filip Leu have invented systems enabling several needles to be grouped together in order to cover larger areas of skin. In addition, the range of available pigments has increased considerably… Today, some tattoo practitioners are incredible artists who can draw a Picasso on your skin if you so desire.

Article
Investigating one of the cradles of humankind
Anthropology