Two distinct phenomena account for the formation of the large and small tectonic plates: major convection flow within the Earth’s mantle and fragmentation of the lithosphere due to the high forces it undergoes as it sinks into the mantle in subduction zones.
C. MALLARD/LGL-TPE/OSUL
Share
Share
Why is the Earth’s surface made up of only a small number of large tectonic plates along with several dozen smaller plates? A research team has just managed to solve this riddle using 3D models of a virtual planet close to the Earth.

The Earth’s surface, the lithosphere, resembles a gigantic jigsaw comprising 53 tectonic plates. Their highly singular layout has long intrigued geologists: there are in fact only seven large plates (the North American, South American, Pacific, Eurasian, African, Australian and Antarctic plates), which cover 95% of the surface of the planet, and 46 smaller plates (e.g., the Caribbean plate, the Philippine Sea plate). How were they formed? “Understanding why there are only a few large plates but numerous small plates is crucial to improving our understanding of their movements, past and present, but also to better comprehend the history and global working of the Earth,” explains Claire Mallard, doctoral student at the LGLTPE1 and co-author of an article that made the cover of Nature in July.2 “The boundaries of the tectonic plates are areas of high seismic and volcanic activity and require careful study.” 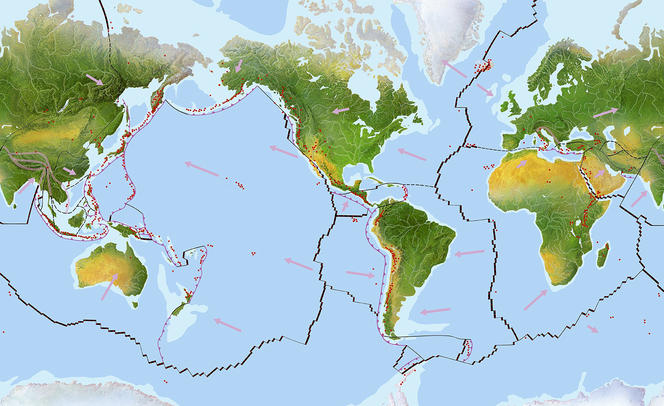 There are only 7 major tectonic plates, which between them cover 95% of the Earth’s surface, and 46 smaller plates. The reasons for this highly particular layout has long puzzled geologists. 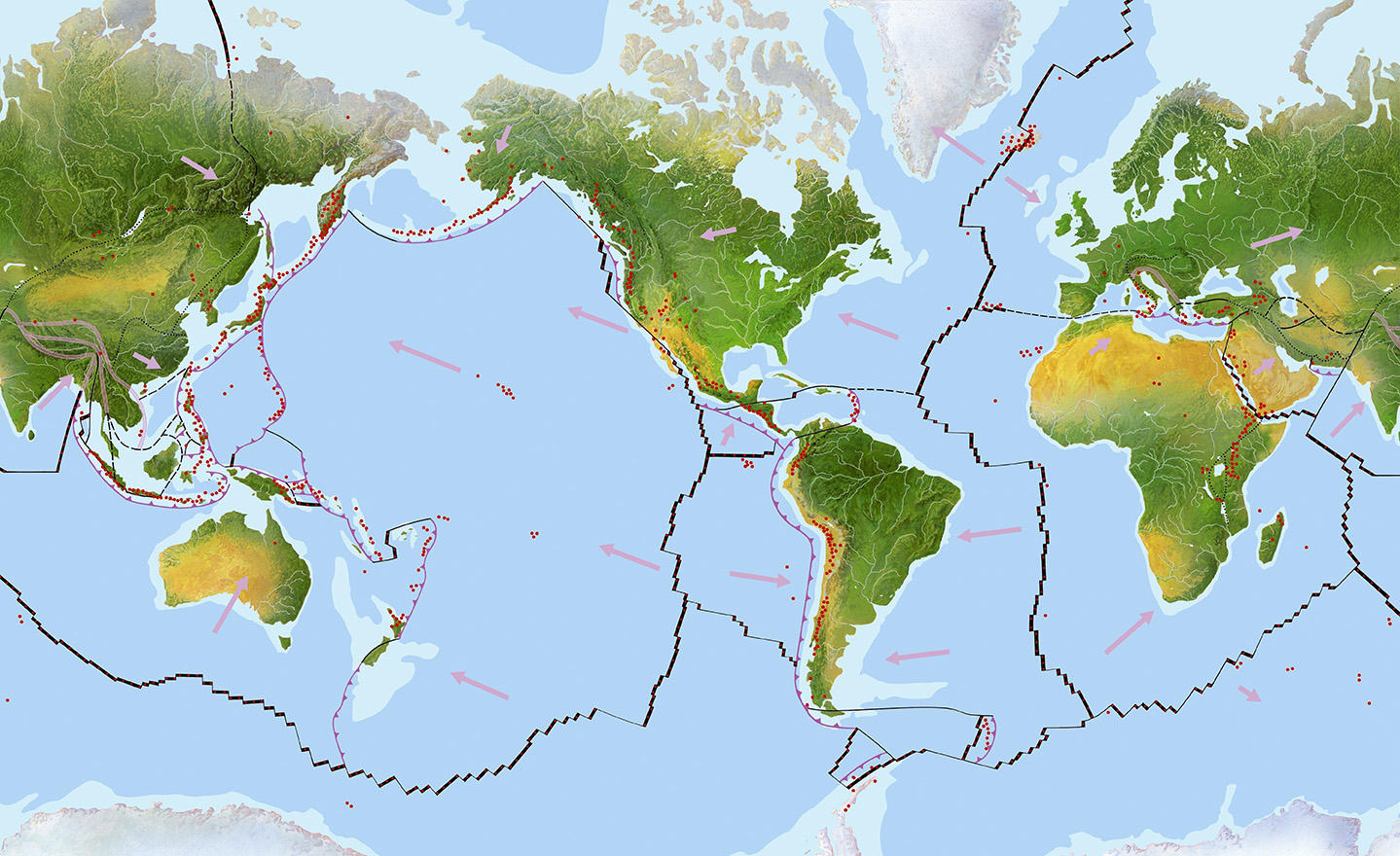 In seeking to understand the highly specific way in which the Earth’s surface is divided, researchers have until now had to rely on analysis of data collected on Earth such as satellite data, data from rock studies and seismic studies, and so on. Unfortunately, such terrestrial data do not allow us to go far enough back in our planet’s history. The tectonic plates are in fact in perpetual movement. Formed in mid-ocean ridges, where the plates move apart and the Earth’s mantle solidifies, the oceanic plates are forced down into the mantle in so-called subduction zones, where they slide under less dense adjoining tectonic plates.

As a result, while the Earth is 4.5 billion years old, there is very little remaining oceanic lithosphere that dates beyond 180 million years. It is thus difficult to determine tectonic plate movements that occurred more than 200 million years ago. Continental plates show traces of ancient rock over 3 billion years old but these are too scarce to enable any conclusions to be drawn, particularly since the compression movements associated with collisions between plates (which result in particular in the formation of mountain chains) render analysis extremely difficult.

Claire Mallard and Nicolas Coltice (also of LGLTPE) together with their colleagues3 thus decided upon a novel high-tech strategy allowing them to carry out a virtual study of plate movements over the last 600 million years,  a period three times longer than that accessible via terrestrial data. To this end, the researchers performed simulations on supercomputers to create 3-D numerical models of virtual planets having dynamics and properties close to those on Earth. They then ran various scenarii and examined the resulting fragmentation at the surface.

“These virtual planets are digital simulations created using computer code that allow us to model the movements of matter, known as “convection,” that occur in the Earth’s mantle, and to visualize their evolution and their effects on the surface,” says Mallard. By varying the elastic limit of the Earth’s crust beyond its yield point, the team created four virtual planets, two of which comprise large and small plates similar to those found today on Earth.

By varying the elastic limit of the Earth’s crust beyond its yield point, the researchers created four virtual planets, two of which (on the left) comprise large and small plates similar to those found on Earth today.

By varying the elastic limit of the Earth’s crust beyond its yield point, the researchers created four virtual planets, two of which (on the left) comprise large and small plates similar to those found on Earth today.
C. MALLARD/LGL-TPE/OSUL/ By permission from NATURE-Juin 2016
C. MALLARD/LGL-TPE/OSUL/ By permission from NATURE-Juin 2016
Share
Share

Using these models, it was possible to identify the mechanisms responsible for the Earth’s current plate layout. “Our data have revealed two independent phenomena accounting for the formation of the large and small plates: the large plates are correlated with major convection movements within the Earth’s mantle while the small plates result from fragmentation of the lithosphere due to the huge stresses it undergoes when plunging into the mantle at subduction zones,” noted the researcher.

These studies have a number of important consequences. In particular, underestimation of the number of plates that have now disappeared led to an underestimation of the size of subduction zones in the past. However, such zones have a huge impact on climate since they constitute the site of marked volcanic activity, and thus of harmful high emissions of carbon dioxide (CO2). It is thus necessary to correct such underestimation and take these new data into account in studying the Earth’s carbon cycle.